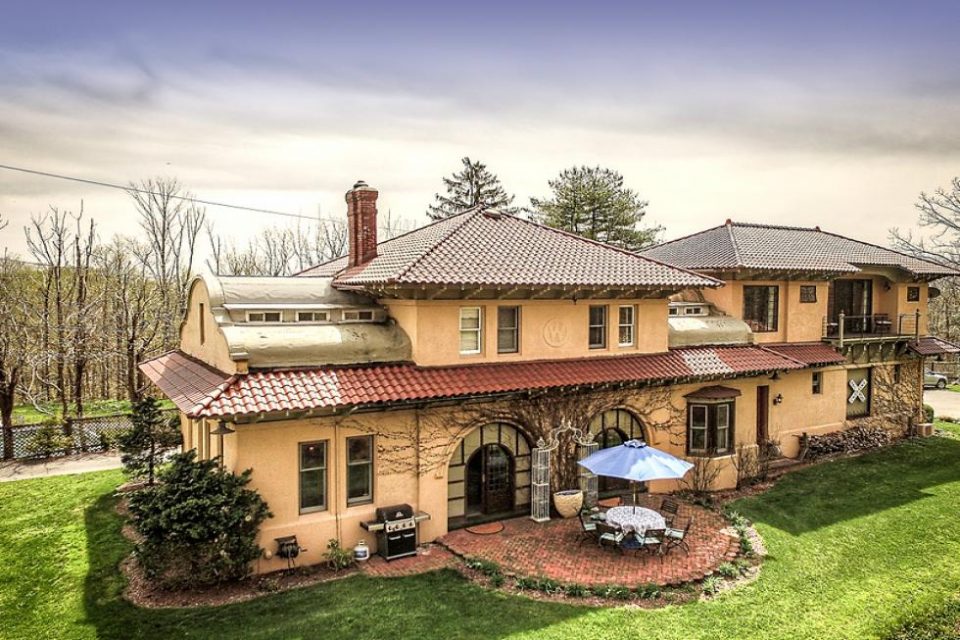 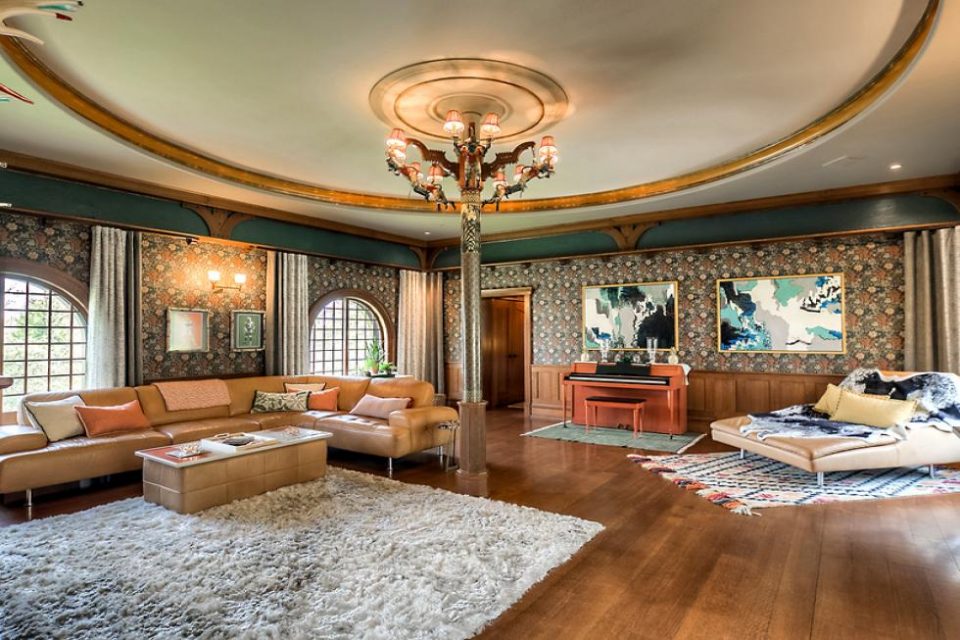 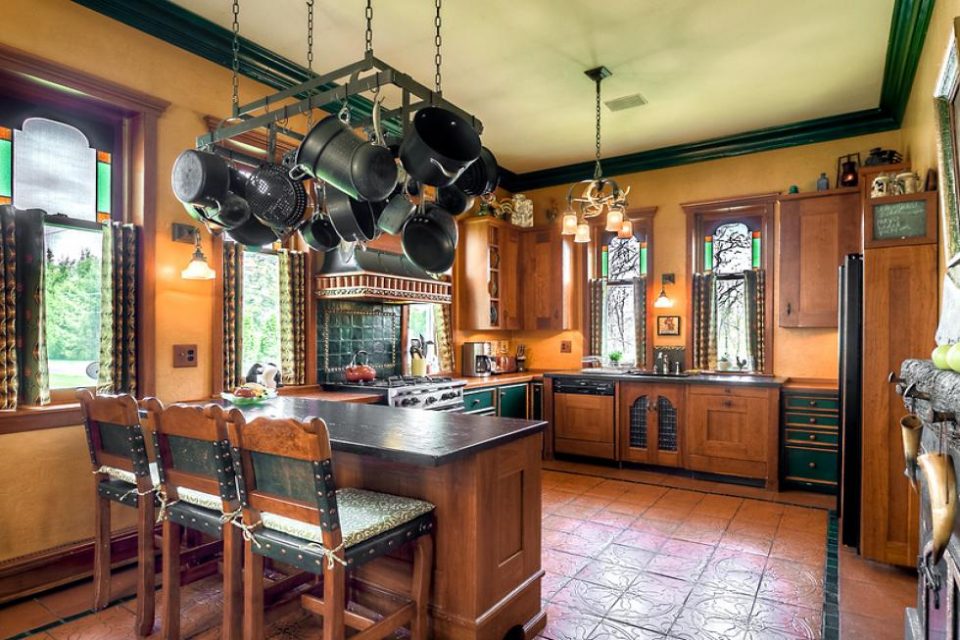 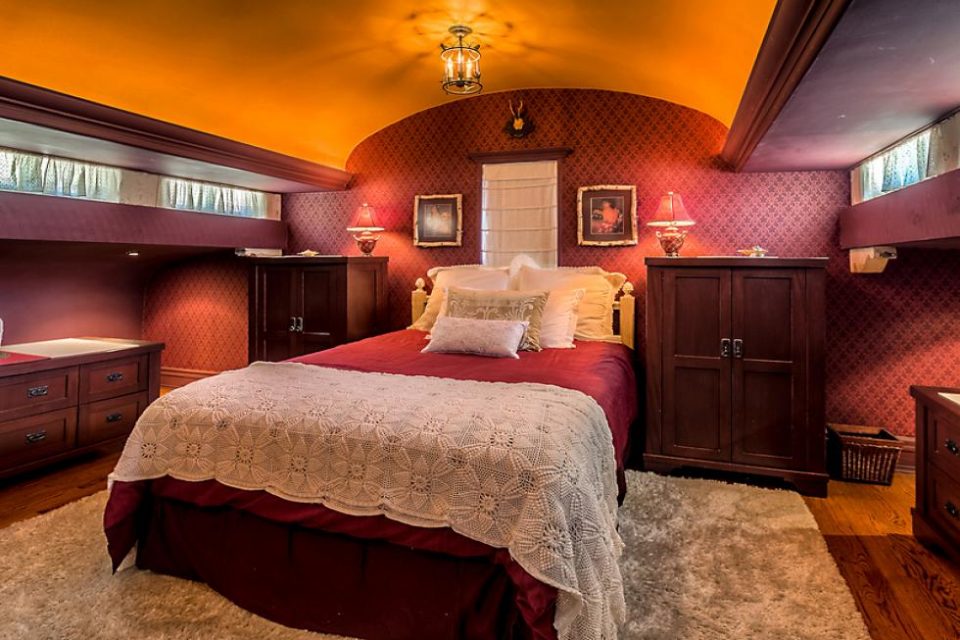 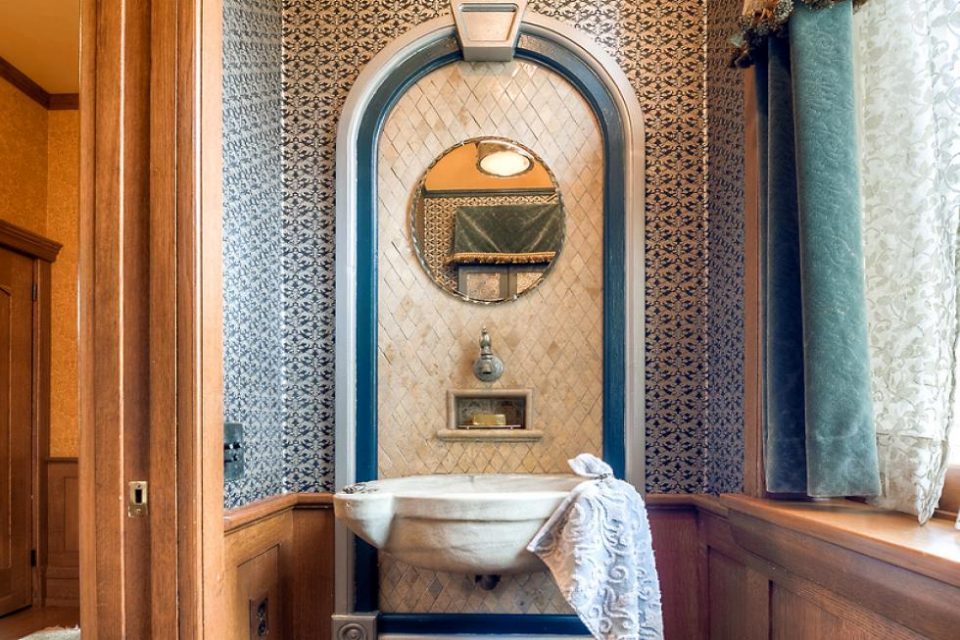 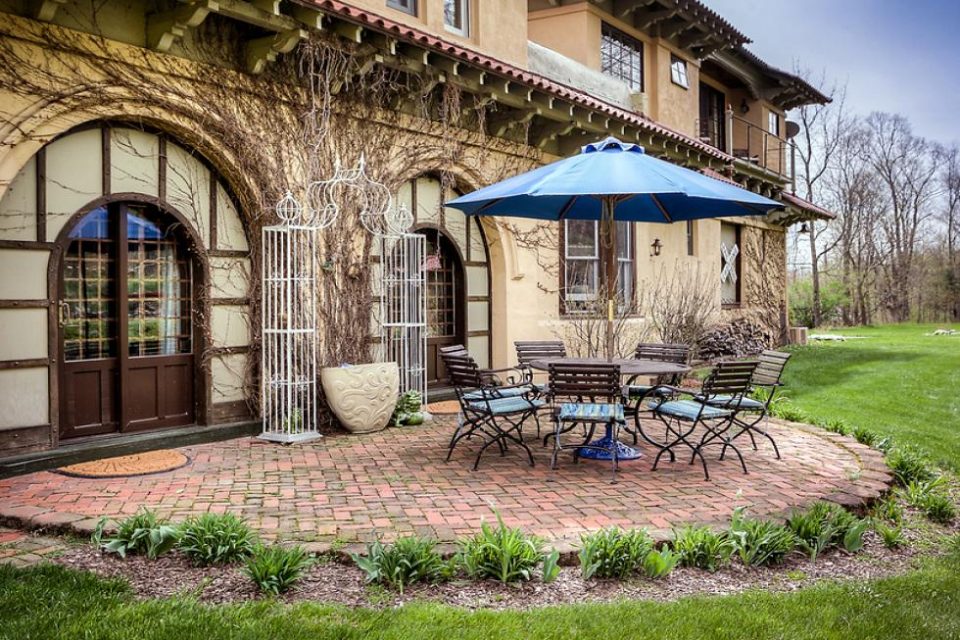 All over the country history buffs, railroad aficionados and clever town governments have realized the historic value of preserving a part of the country’s railroad history by restoring the railroad depots abandoned when Congress created Amtrak in 1970 in an effort to revitalize train travel. Small town stations where Amtrak and freight still passes through but no longer stops, have been turned into town halls and rail museums while cities have been repurposing them into event centers, large weekly farmers’ markets and concert venues. However, one of the most interesting stations where tracks no longer exist, has been turned into a glamorous and much loved private home with its owners being equally conscientious about preserving the historical details and craftsmanship of 1889 when the Mission Style building was constructed in Bloomingburg, New York.

Originally owned by the Ontario & Western Railroad, the depot was a popular stop for visitors from New York City to visit the resorts that existed in the Sullivan County area a century earlier. The depot now sits on almost four acres including one of the railroad company’s original tunnels which was blasted through the mountain and was completed in 1871, taking three years to construct. The depot was abandoned in 1957 and was purchased by the owners fifteen years ago as and empty shell and began their detailed restoration. Some of the original materials were found strewn on the land and brought into the project.

Now the depot home has 3,449 square feet of living space with an added wing devoted to a luxurious master suite. The former waiting room with its original two-sided fireplace in now a spacious living room and the ticket office on the other side of the fireplace serves as a home office. The original station master’s living quarters is now the bedroom wing. There are five bedrooms and three baths including the master suite. Especially notable are the original arched doorways with the custom wrought iron entry door displaying the O&W logo, the Turkish bird bath sink, floors of mosaic stone, embossed terracotta tiles, and oak, cabinetry of white oak and cherry wood, stained glass, and the incorporation of original railroad ties and spikes into exterior walkways. The kitchen is large with breakfast bar and dining area with an old world look and 21st century amenities. 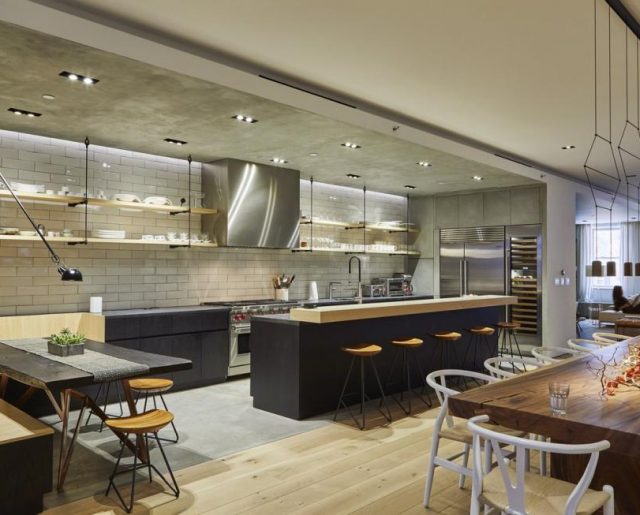 An American Success Story! JoonYoung Park and Arum Seo started with nothing. They came to New York City from South...Read More