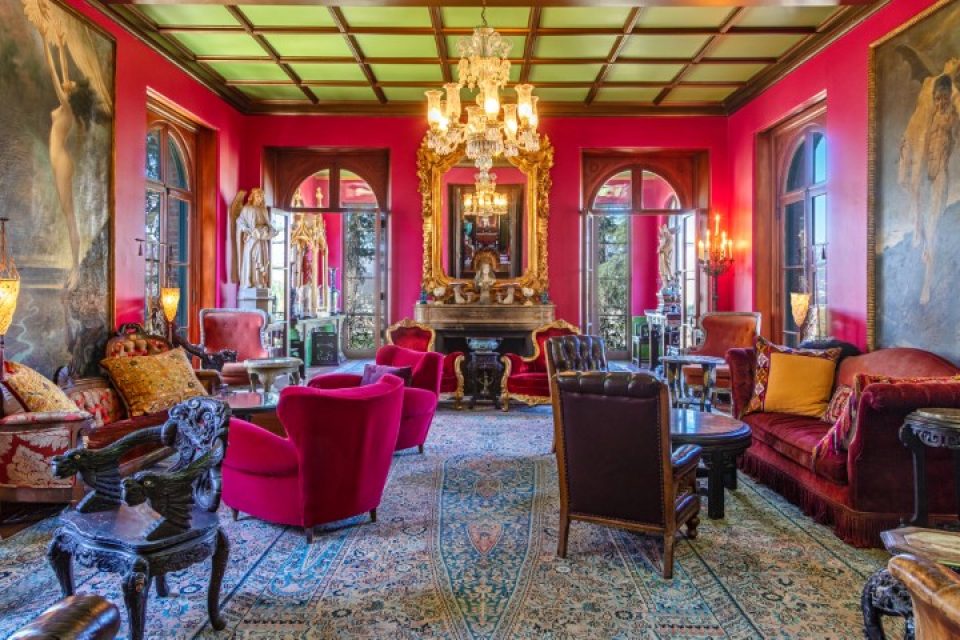 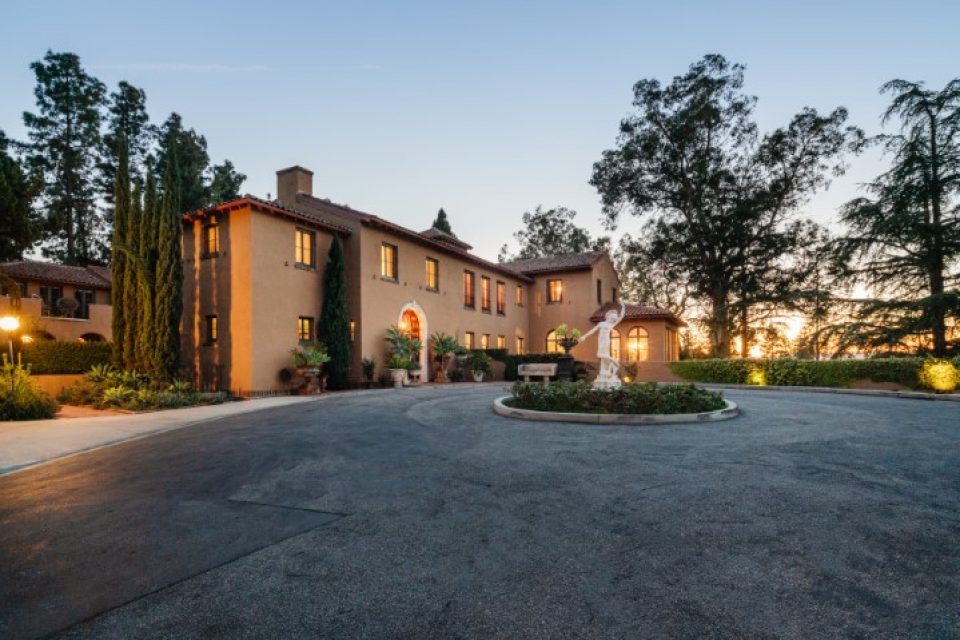 The Paramour estate is now on the open market for the first time, priced at $39.995 million. 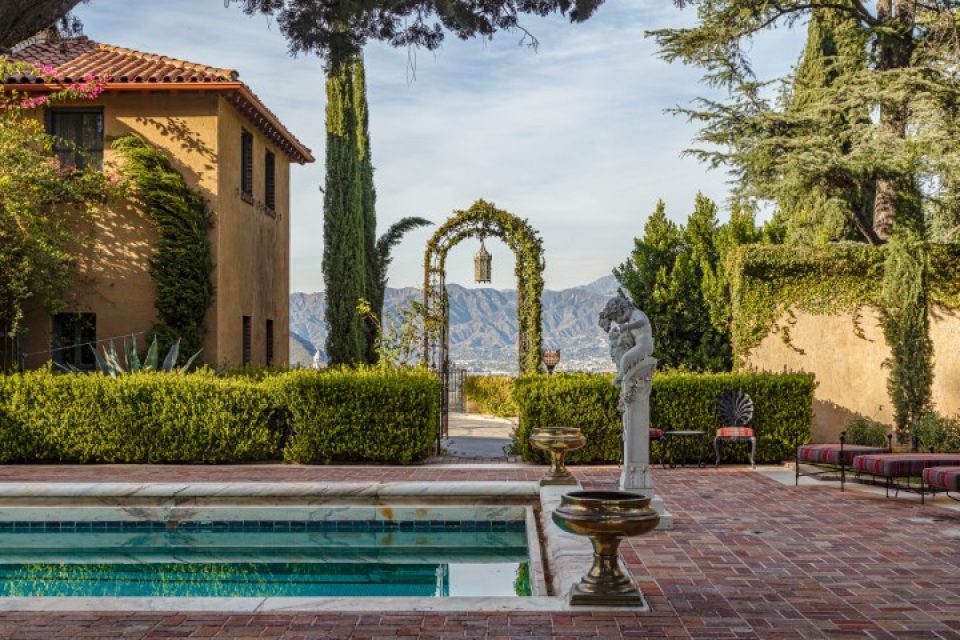 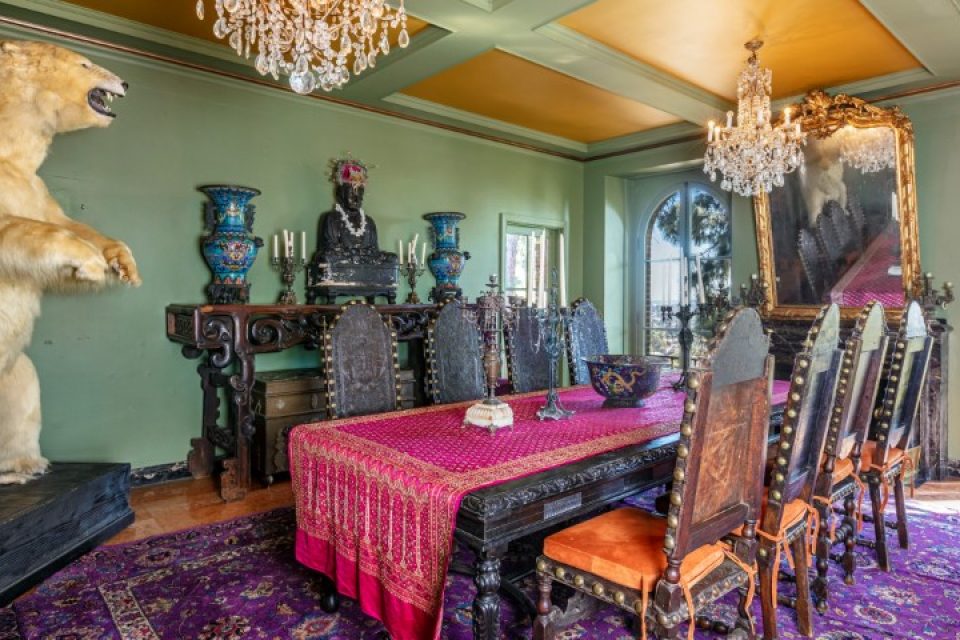 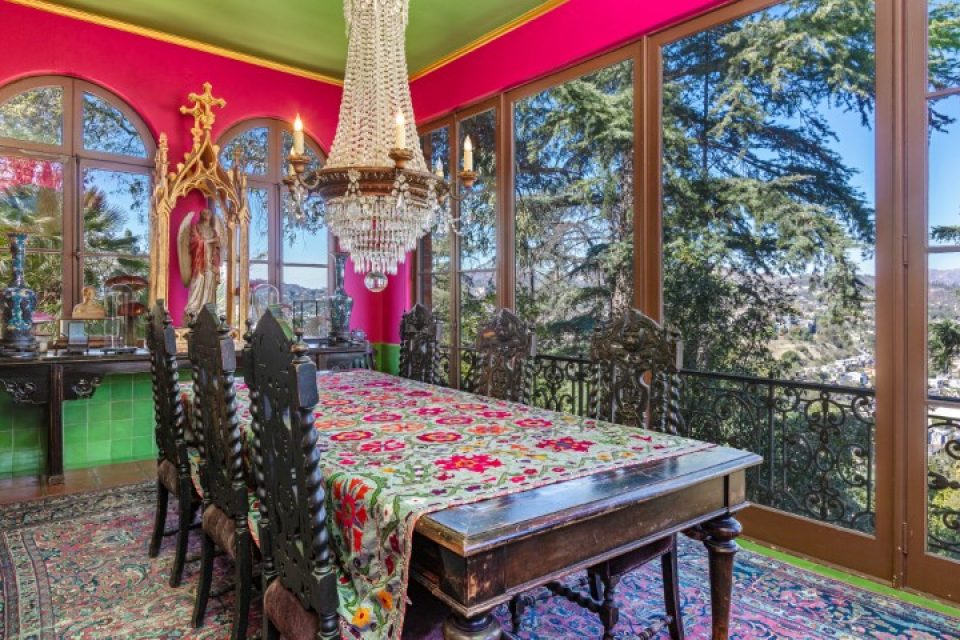 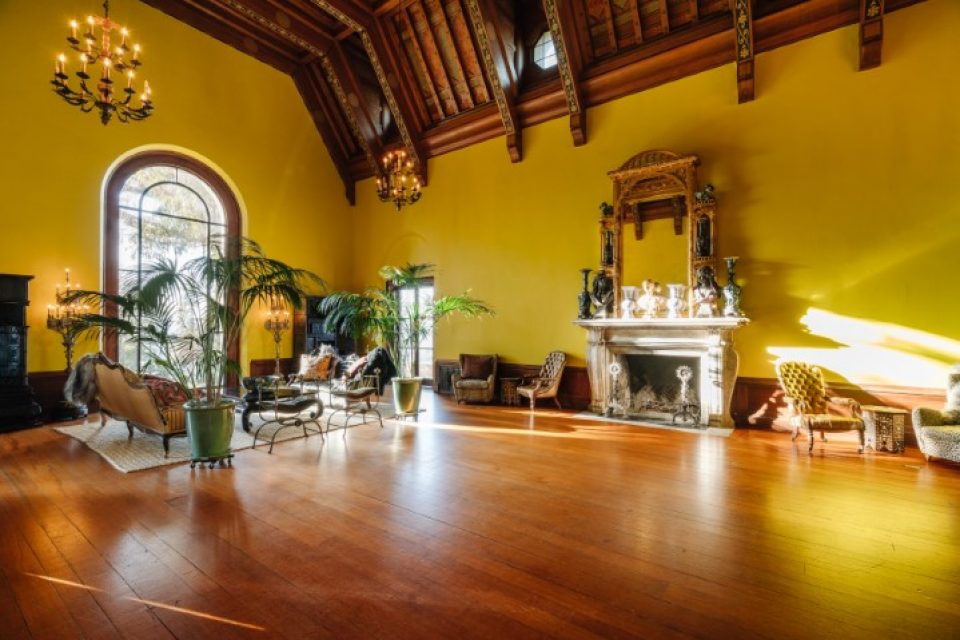 The grand ballroom welcomed many of the most important celebrities of the era. 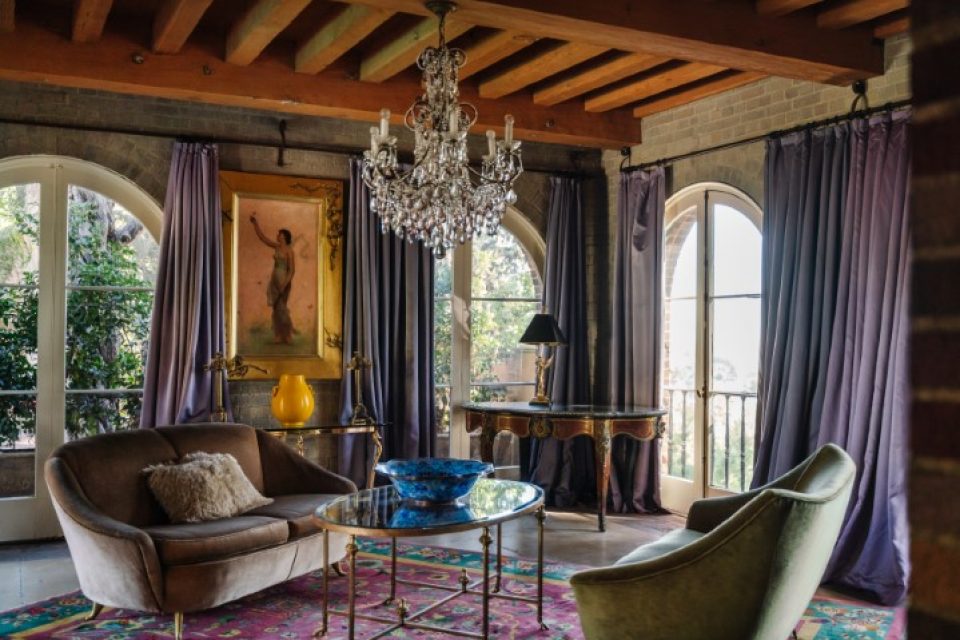 Many party invitations were written in the study in anticipation of a large gathering. 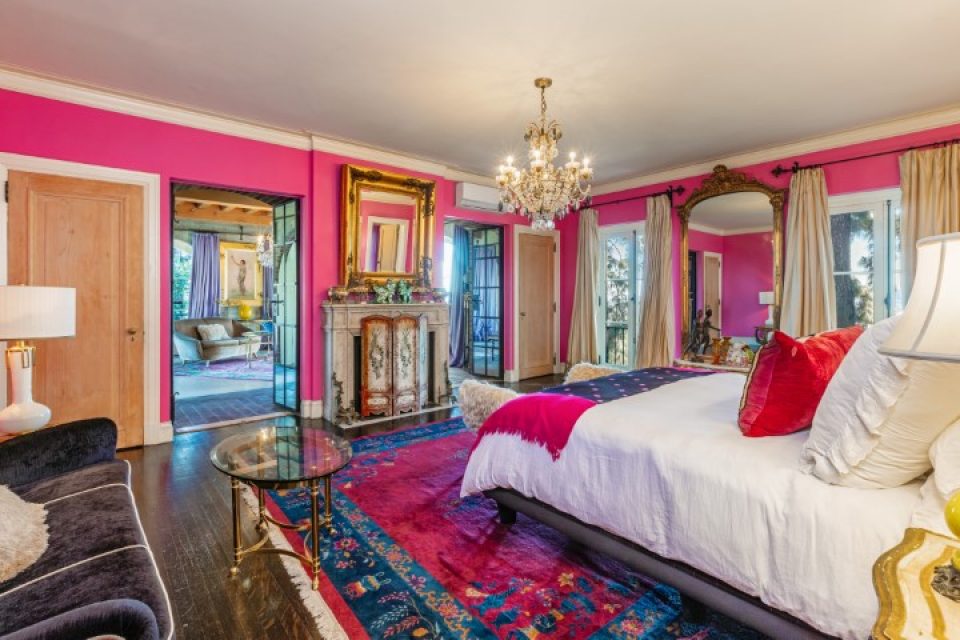 Each bedroom was colorful and dramatic. 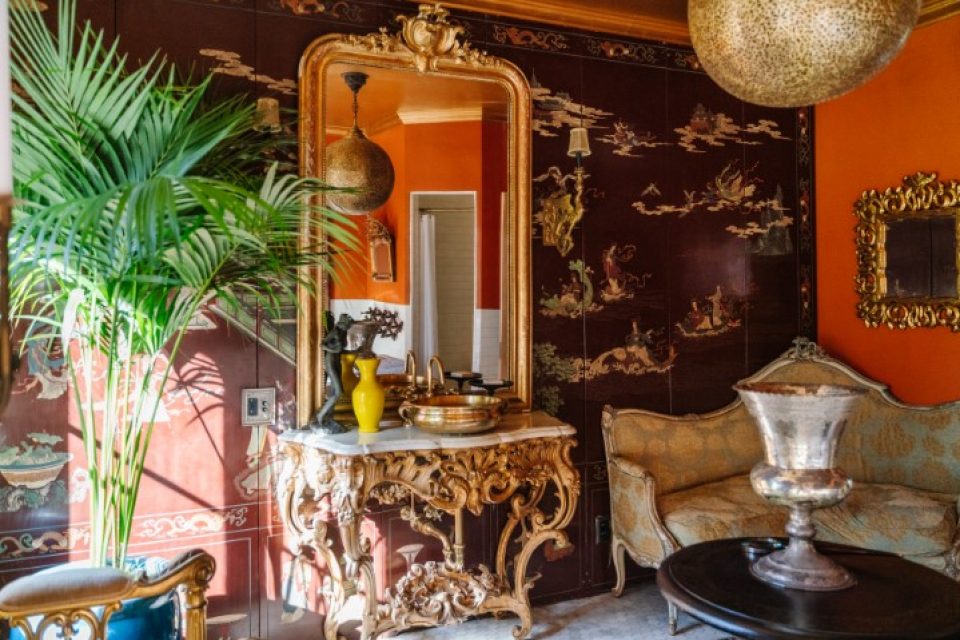 Furnishings are elegant to the extreme including a wall-sized Coromandel screen. 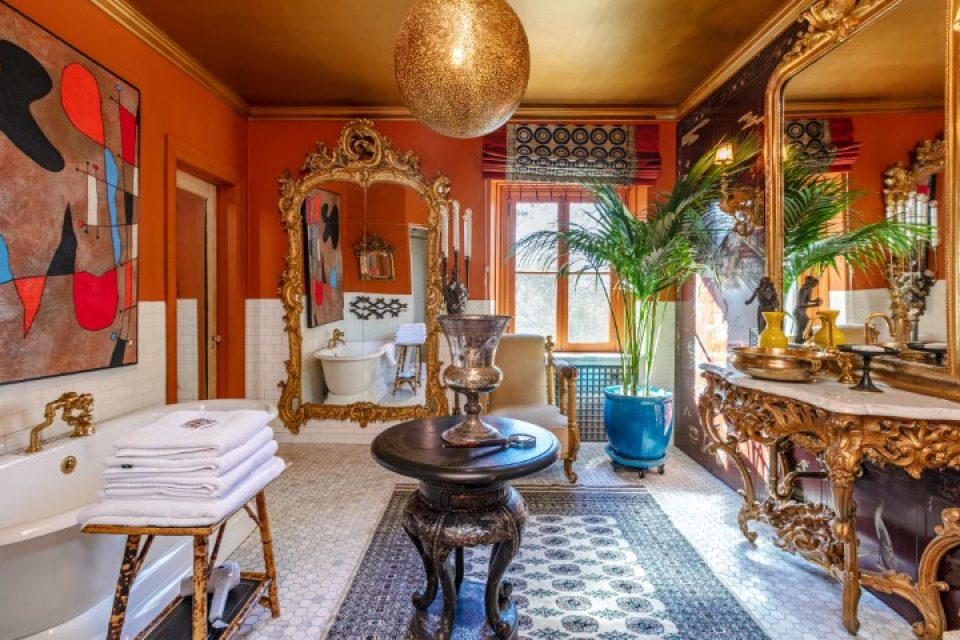 Bathrooms are furnished as elegantly as all other rooms in the mansion. 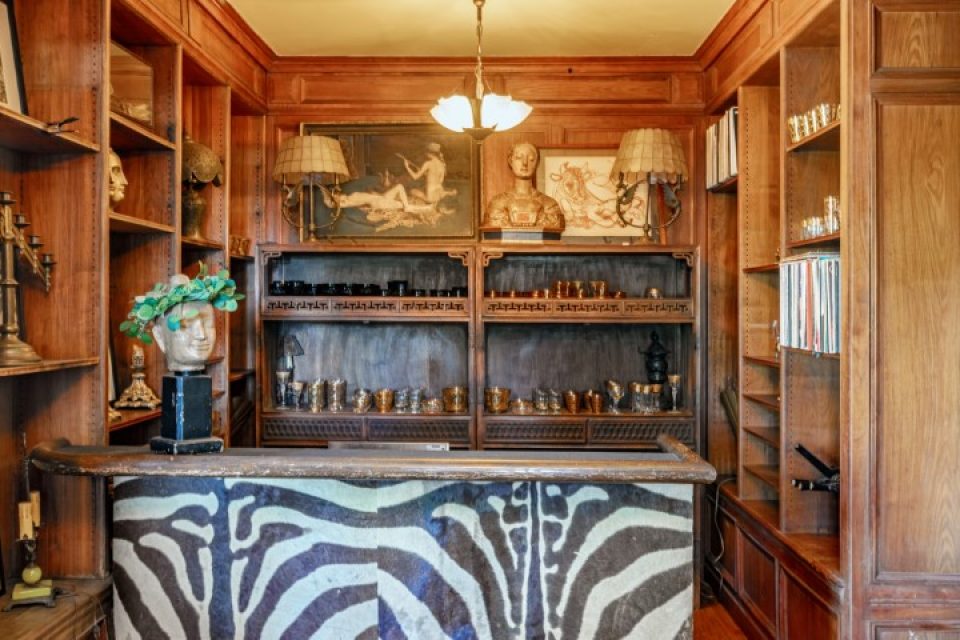 Imagine turns to African safari at the zebra skin bar. 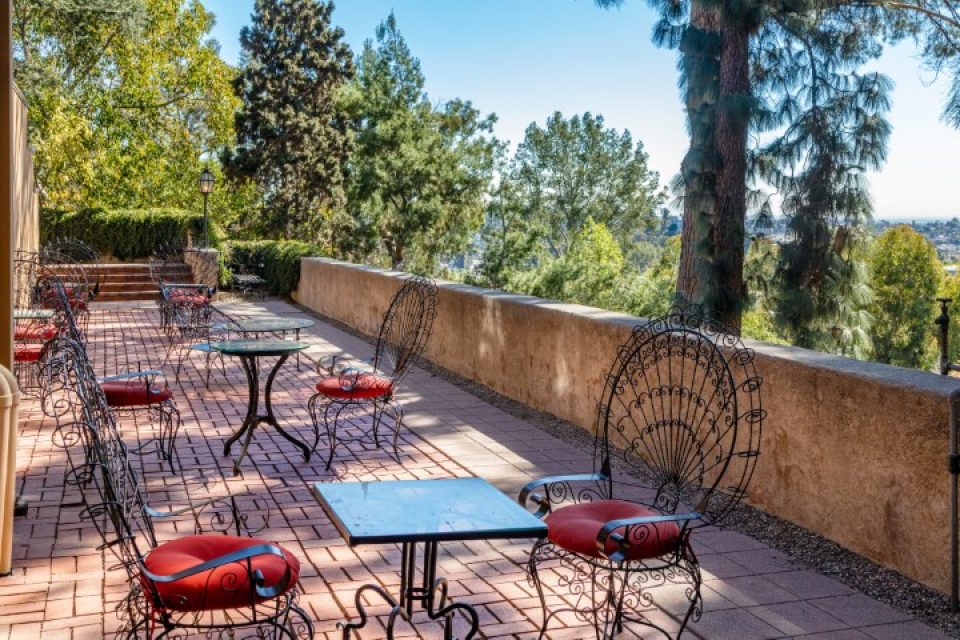 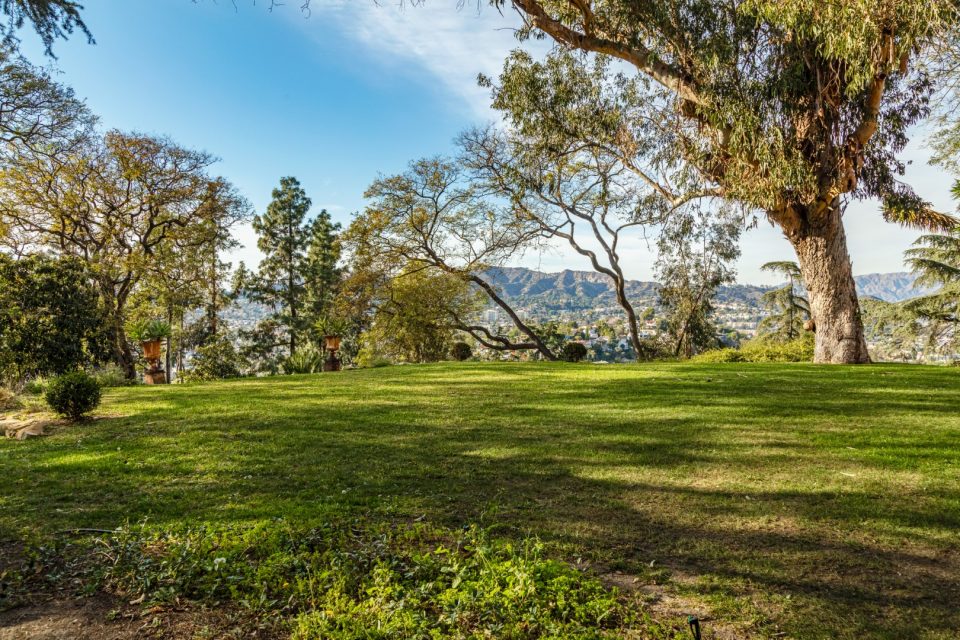 The sweeping lawn has ancient trees with mountain views. 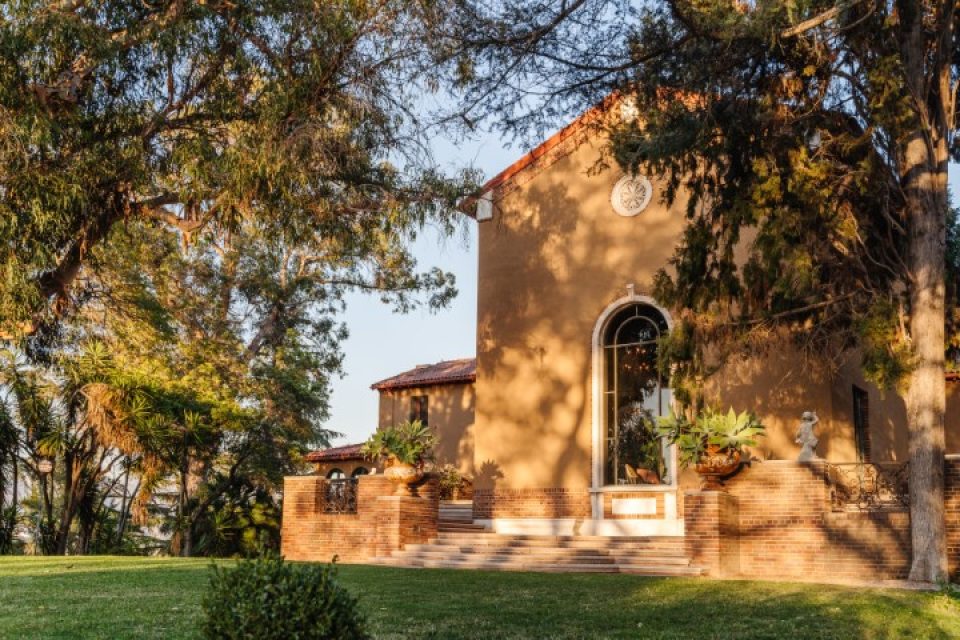 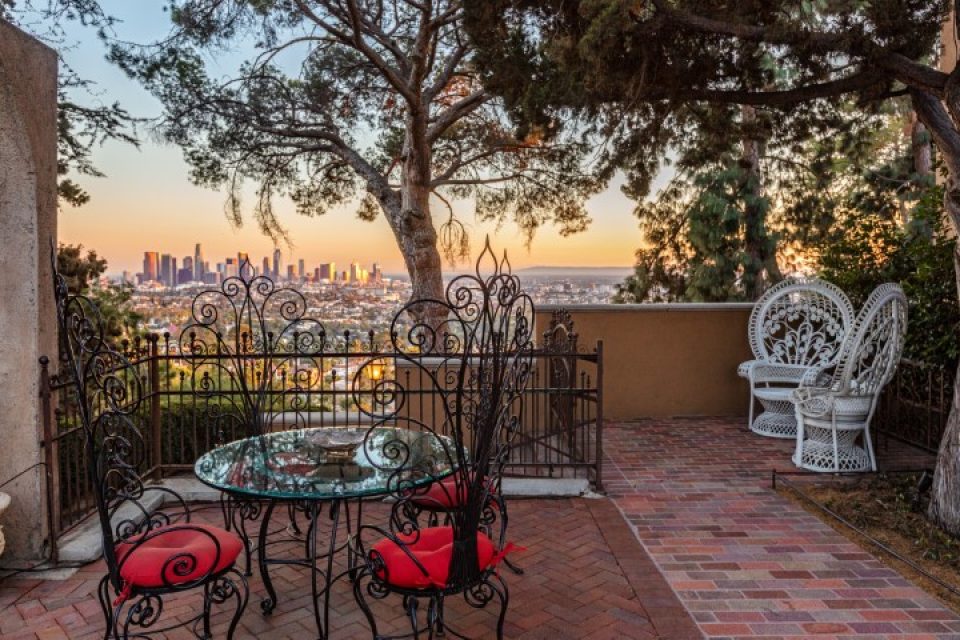 The terrace has captivating sunset views over the city.

In the early 1900s, Southern California became the glamour capital of the world, where some of the world’s most famous movie stars, directors and producers tried to outdo each other with their ritzy mansions. There was the Louis B. Mayer Estate in Bel Air; a number of mansions designed by Wallace Neff for the biggest celebrities including Charlie Chaplain, Fredric March and Harpo Marx; and the most famous home of all: Pickfair for Mary Pickford and Douglas Fairbanks. But according to the tabloids of the era, the most beautiful home of them all was the Canfield-Moreno Estate, now known as Paramour Estate. It is now on the open market for the first time, priced at $39.995 million.

Heiress-and-socialite Daisy Canfield, with the Pan American Petroleum fortune in her back pocket, could have almost anything she wanted. And what she wanted most was the grandest home in Los Angeles. Daisy hired the most famous architect of the time to design and build a monument-mansion where she could overlook Hollywood from the highest ridge in the Los Angeles basin. It was the most opulent mansion of the era and like many of the old L.A. mansions, was full of celebrity connections and intrigue.

Daisy’s first marriage was to Jay M. Danziger, who was connected to the Mexican Petrol Oil Company. After their divorce, she married silent film star Antonio Moreno in 1923. Together they built their mansion overlooking Silver Lake; the home went by various names throughout the years from Crestmount, to the Danziger Mansion, to the Canfield-Moreno Mansion, and finally the Paramour Estate. In addition to their home, Daisy also used the property as a boarding school and academy that educated young-orphaned girls. But in 1933, only days after her abrupt separation from Moreno, Daisy’s life came to a tragic end, returning home from a party, when she drove off a 300-foot cliff along Mulholland Drive. The home continued to operate as a boarding school, while Moreno stayed in the home until 1948. In 1953, the home was deeded to the Franciscan Sisters of the Immaculate Conception Order, who also used it as a school. In 1998, designer Dana Hollister purchased the home, renamed it Paramour, and funded a restoration from onsite film shoots, weddings and social events.

Perched on over 4.3 acres, the four-story, walled, 22,000-square-foot home with 15 bedrooms and 15 baths is not anyone’s regular ho-hum mansion. Created by Robert D. Farquhar, the architect to the stars who also did the Owlwood Estate - once owned by both Tony Curtis and Cher, Paramour played host to lavish celebrity parties and was ultimately dubbed by the tabloids as "The Most Beautiful Home in Hollywood." Features include ceiling beams painted to match the colors in the home’s fabrics, a bar front covered in zebra skin, a grand ballroom with a 25-foot-high ceiling, gilded mirrors, bold colors, crystal chandeliers, a myriad of places to dine, marble-hand-tiled pool, sunroom, lower-level staff quarters, and 360-degree views that stretch from the Pacific Ocean to the San Gabriel Mountains. There are four guest cottages, two guest suites, lush landscaping with rose gardens, and parking for 50 cars. According to the seller, “Antique and vintage lighting, furniture, and décor are not included in the sale, but may be available at an additional cost."

The listing agent for the Paramour estate is Sally Forster Jones of Compass, Los Angeles. 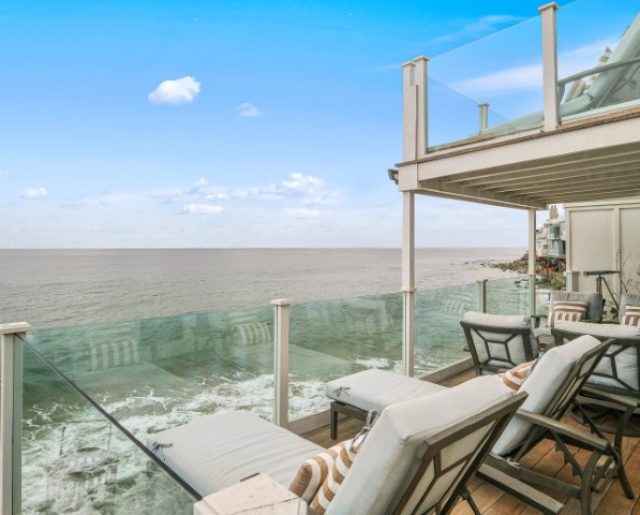