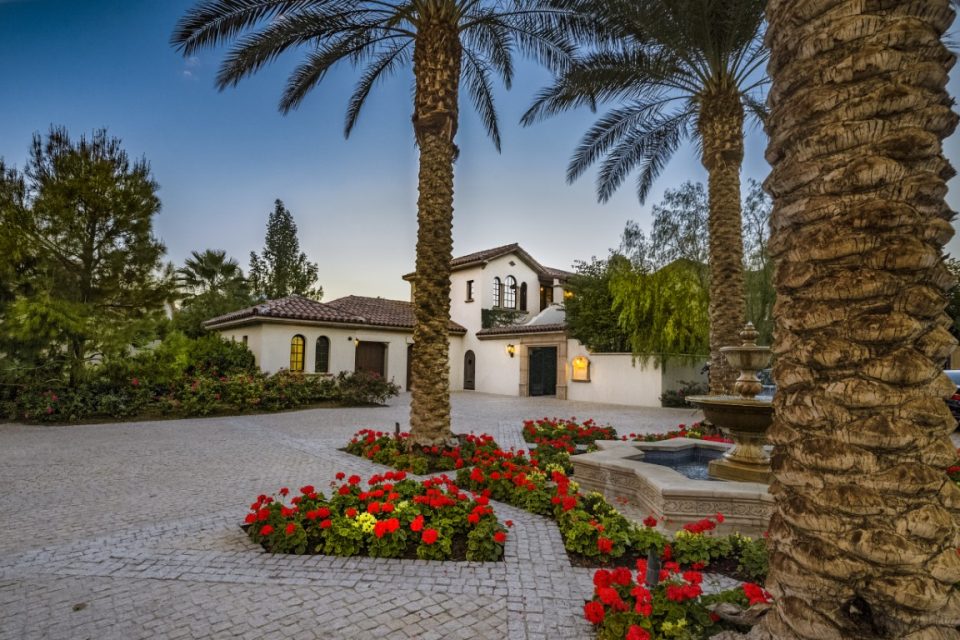 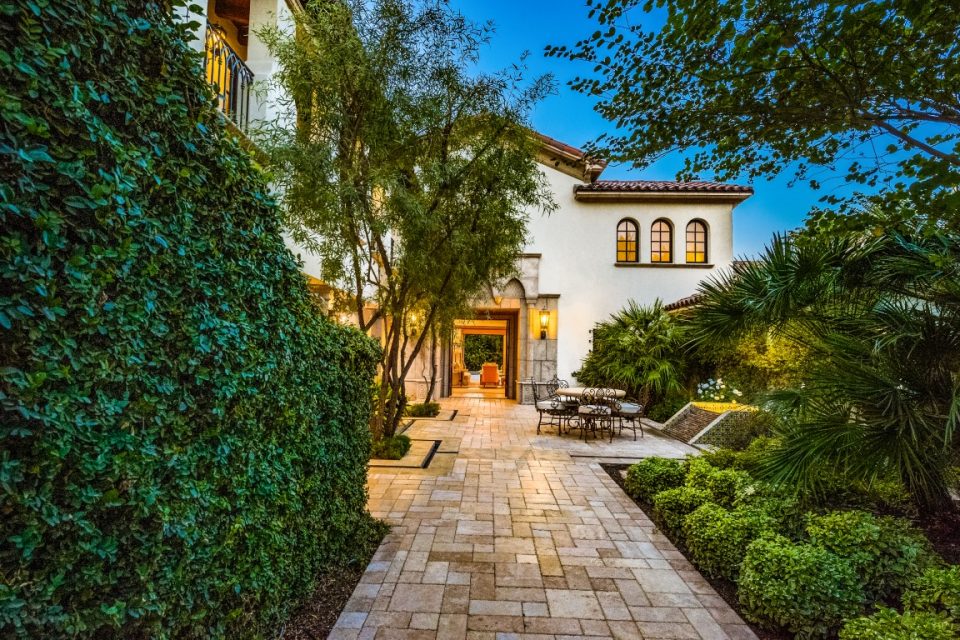 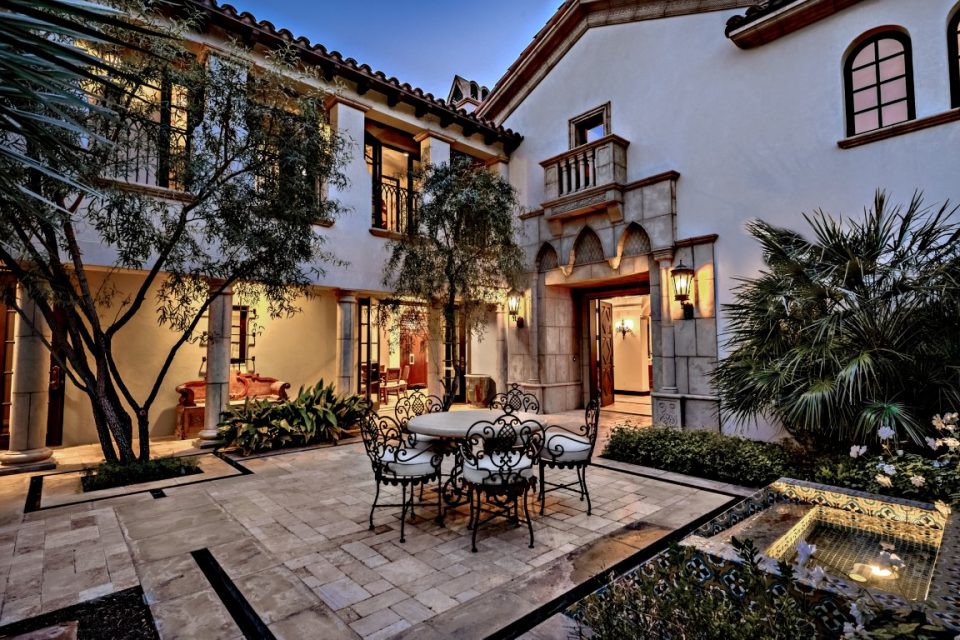 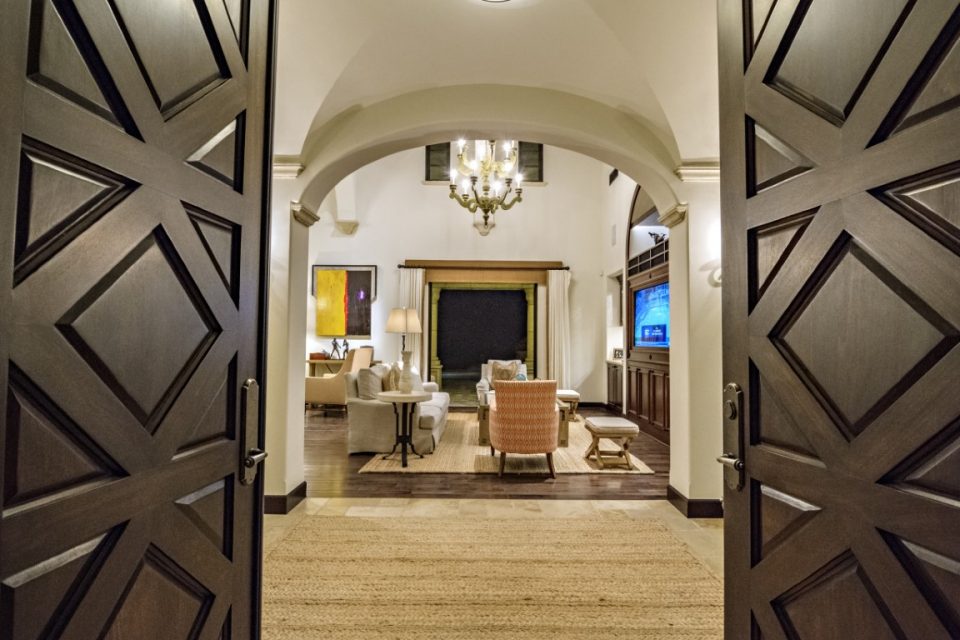 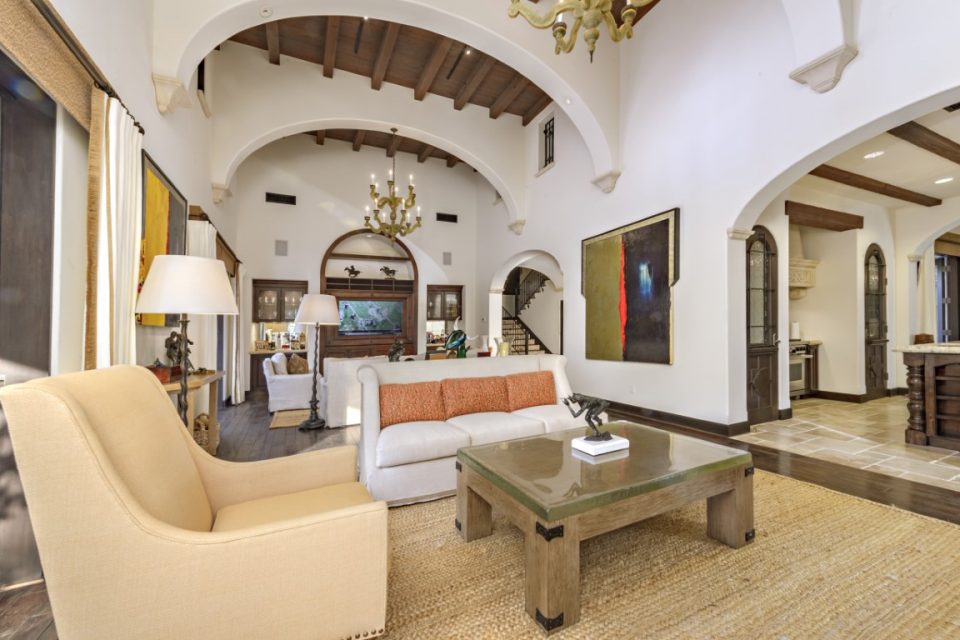 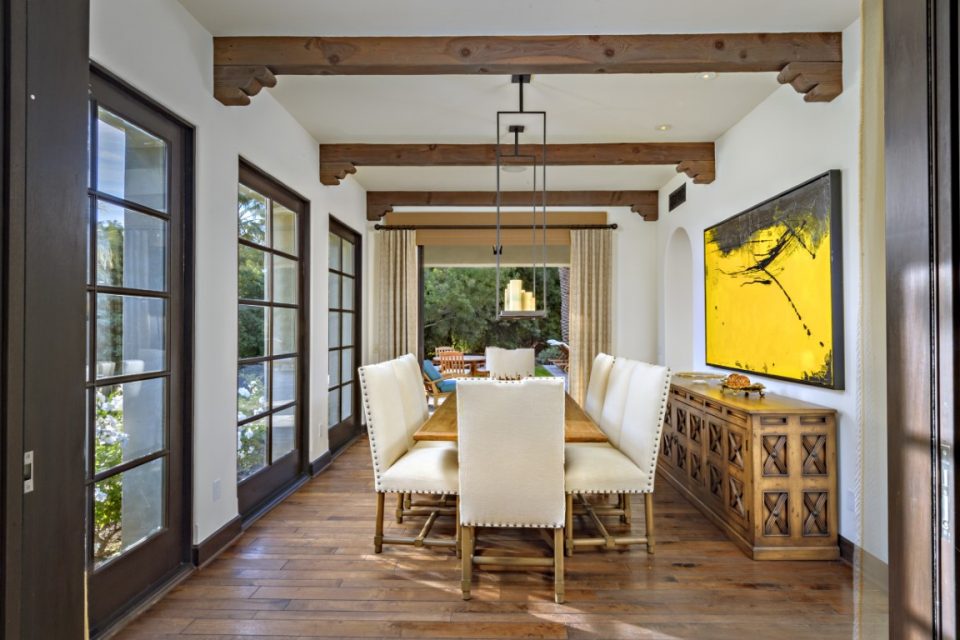 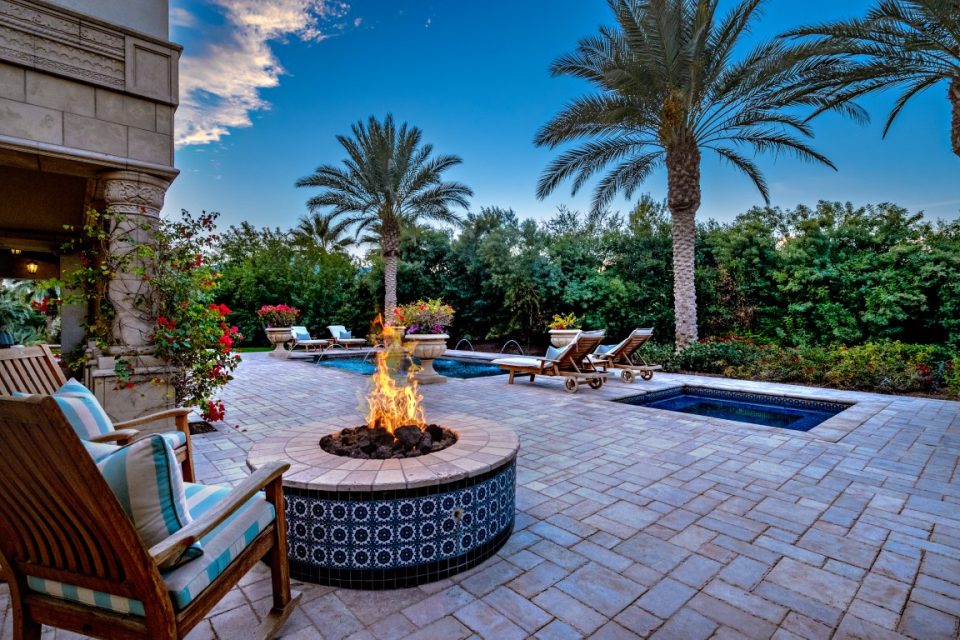 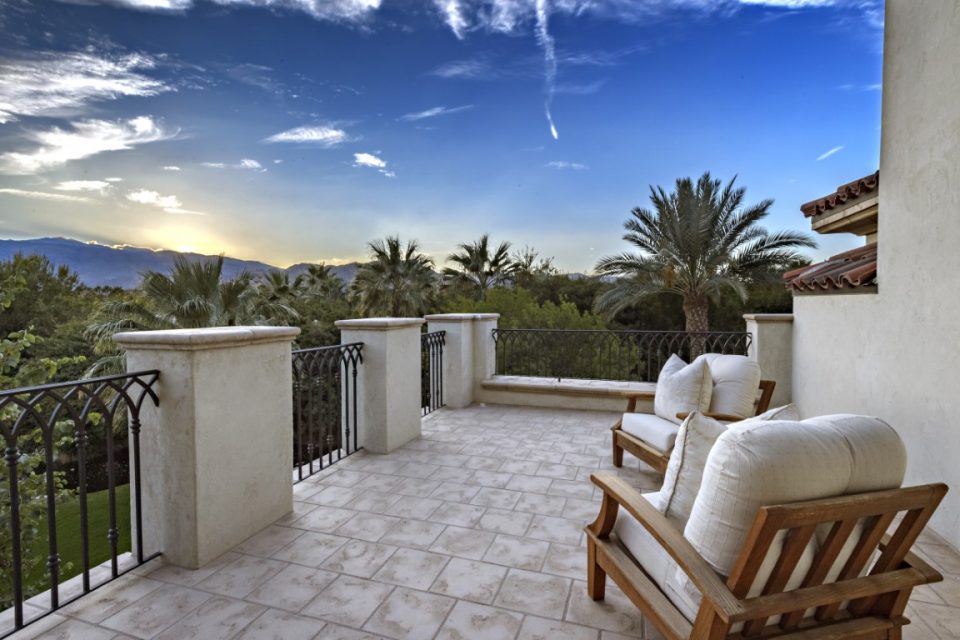 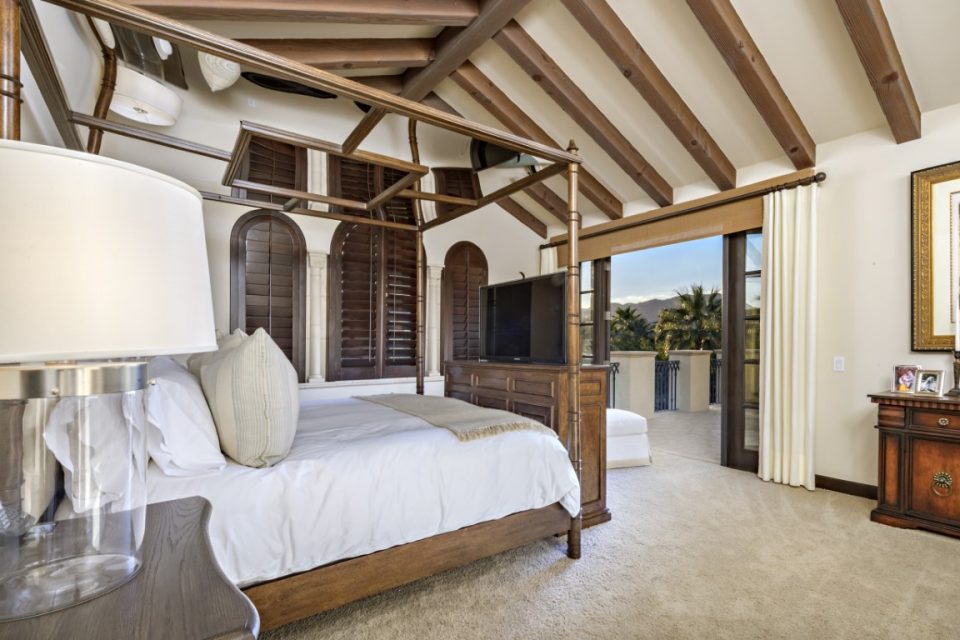 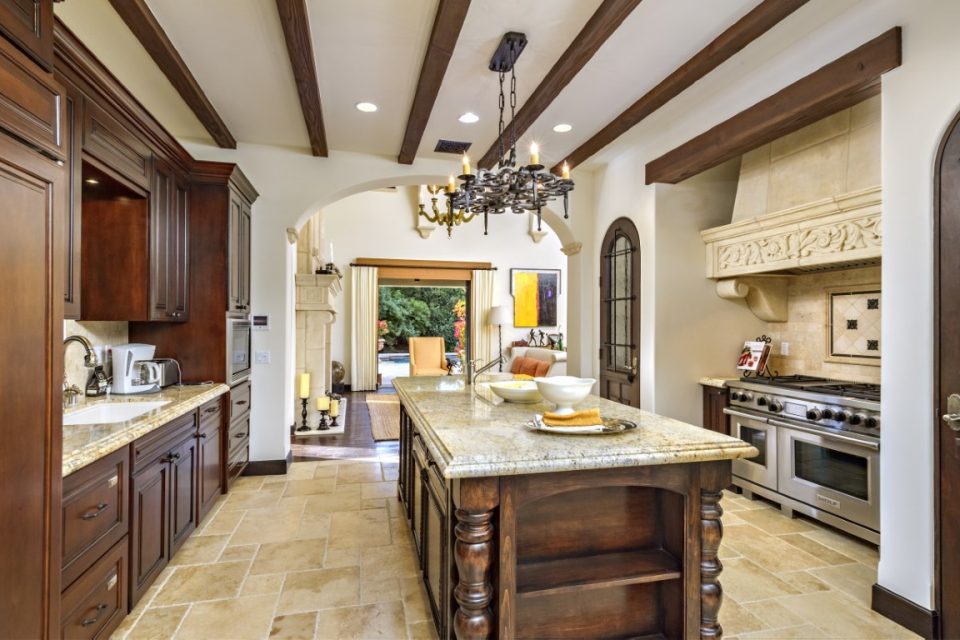 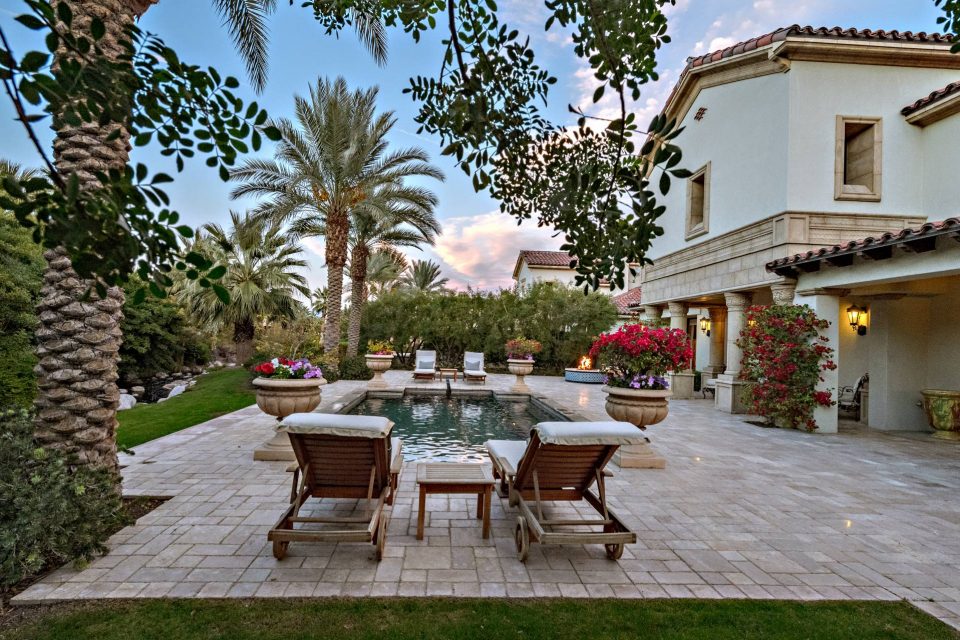 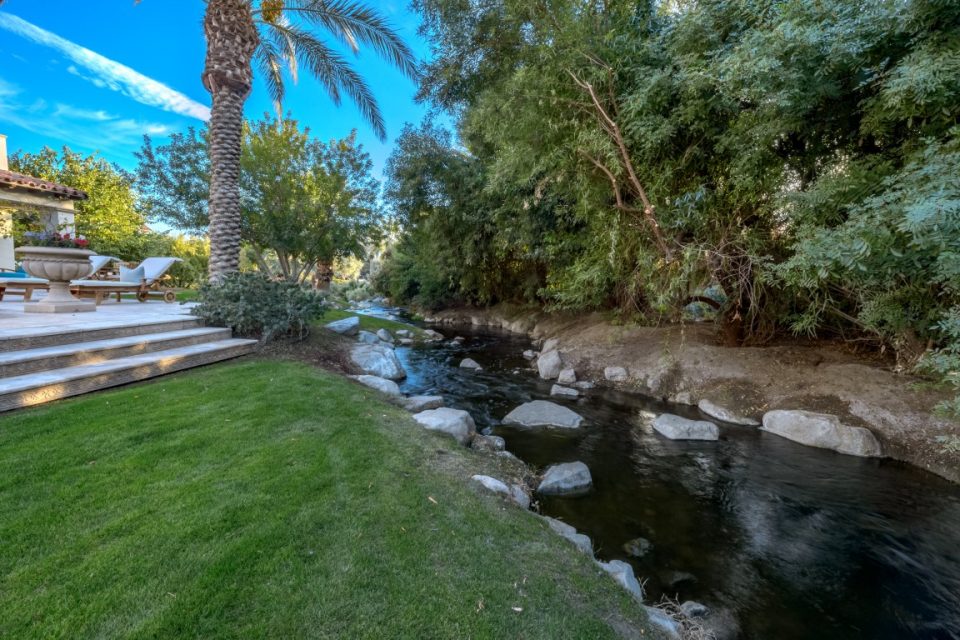 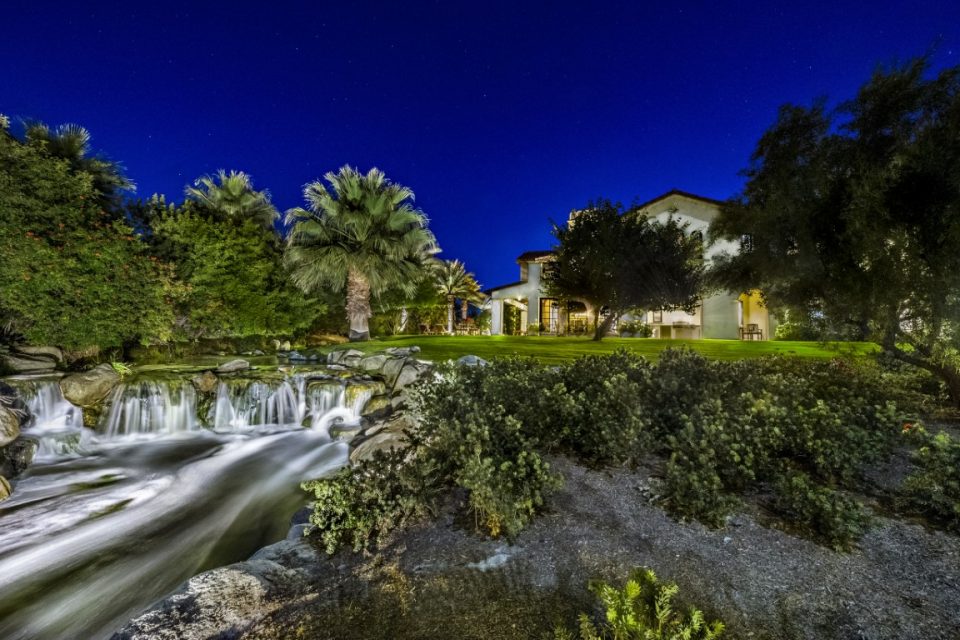 Sylvester “Sly” Stallone has not only smashed it as a leading actor, but also has an artistic side displayed in his paintings and his good taste in choosing stunning homes and input in their elegant decor.  While retaining bi-coastal residences in Los Angeles and Coconut Grove in Miami, he has recently put his golf club home in La Quinta, California on the market for $3.35 million.

La Quinta, in suburban Los Angeles, is famous for its abundance of golf courses and where Frank Capra wrote the screenplay for Lost Horizons in 1937 while lounging poolside at the La Quinta Resort & Club. Stallone’s four-bedroom, five-bath, 4,889-square-foot home choice was likely influenced by his Italian ancestry with its Old World Mediterranean style and Caribbean Island touches including double-wooden front doors; walled patio entry; inside rooms that open to the outdoors; vaulted foyer; an arched entrance into a two-story, beamed-ceiling living room with fireplace; and multiple conversation areas.  Dinners can be enjoyed in the more formal dining room that opens to the rear terrace or in a number of other locations from the large eat-in island kitchen to the outdoor dining spaces and courtyard.  Attractive features include coved ceilings and arched entryways between rooms with floors of hardwood and tile.  A classic home for entertaining, there is a wine room and outdoor kitchen on private terraces.  Upstairs, the master suite has a fireplace, a television that rises at the foot of the bed, large master bath, dressing room and another private terrace with long-distance views to the mountains.  Outside past the firepit and just steps off the terrace across the grass is a lovely pool and spa, lush plantings, water features and a rock-strewn flowing stream that runs across the property.

La Quinta has been the host city for a number of prestigious golf tournaments over the years including annually The American Express formerly known as the Bob Hope Desert Classic.  La Quinta is a celebrity hot spot and has attracted residents such as Kanye and Kim Kardashian-West, Tom Brady and Kylie Jenner.

An actor, director and screenwriter, Stallone is also a prolific painter whose work has been displayed in art museums and galleries in the United States, France, Russia and Switzerland. His most recent movie, Rambo: Last Blood, in which he takes on a Mexican drug cartel, opened last fall with box office sales over $91 million so far.

Sylvester Stallone is selling the custom home that he built in 2008 in La Quinta’s golfing community of Madison Club.  Priced at $3.35 million, the listing agent is Josh Reef of Douglas Elliman, Beverly Hills. 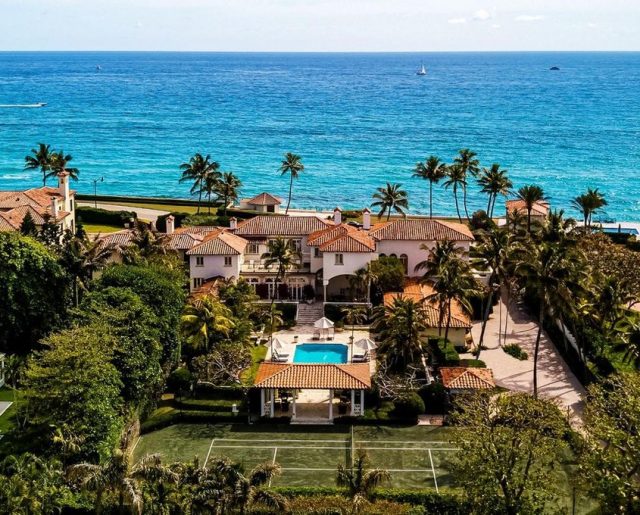 In 1980, the same year John Lennon was shot and killed outside his Dakota apartment building in New York City,...Read More