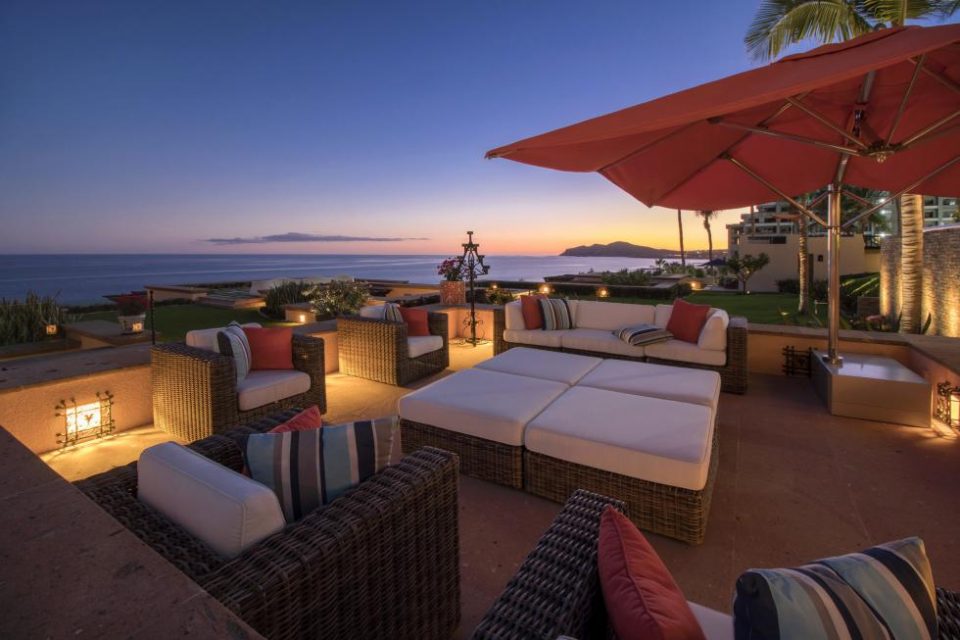 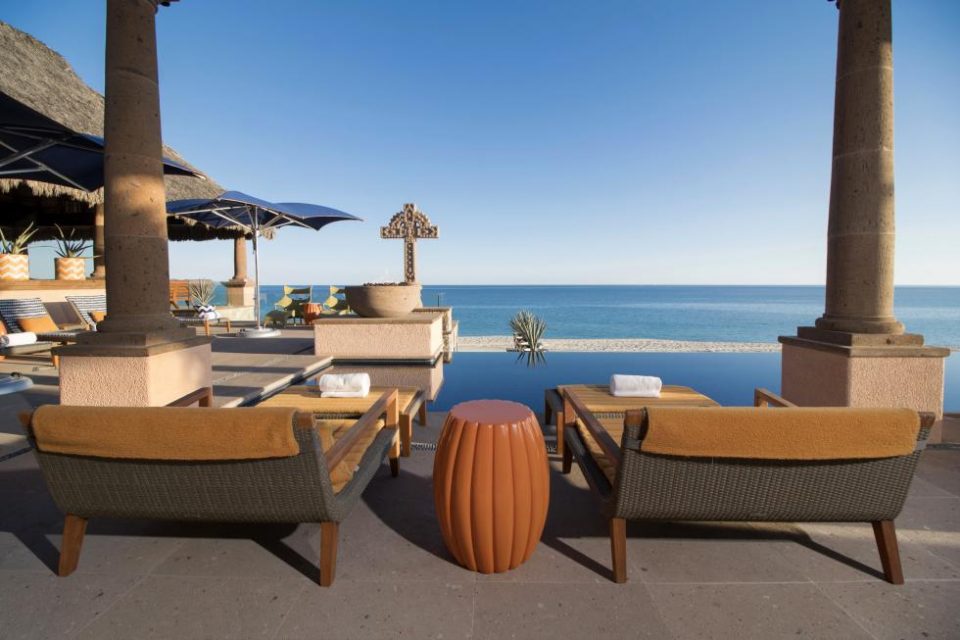 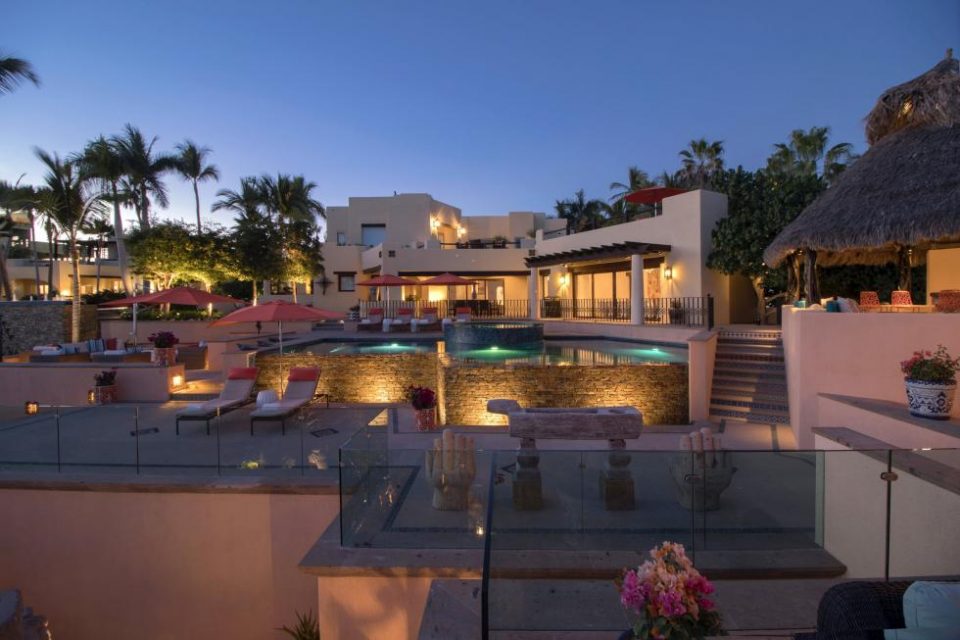 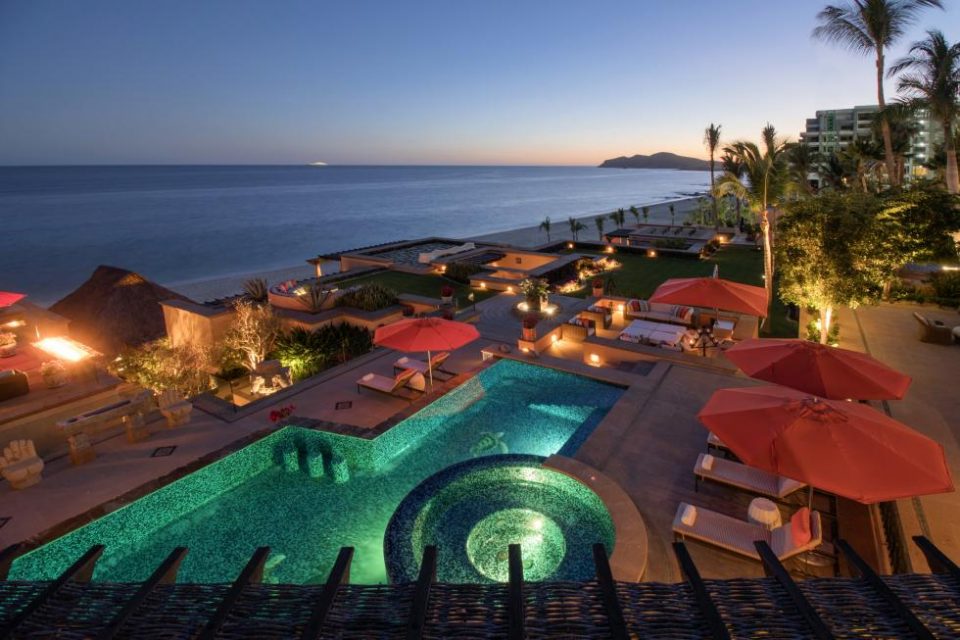 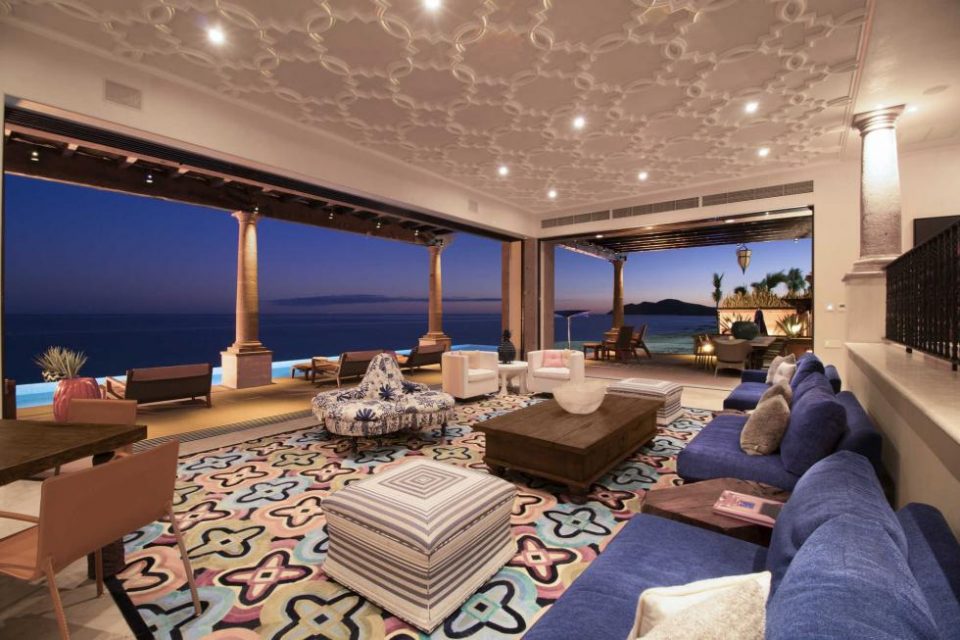 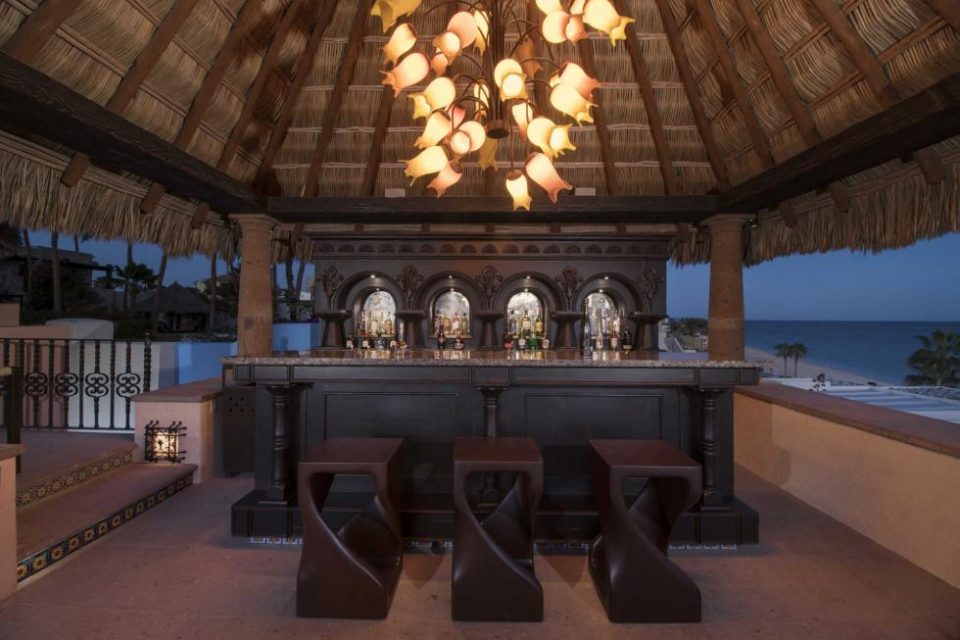 Located at the southern tip of the Baja Peninsula in Los Cabos, Mexico where the Sea of Cortez meets the Pacific Ocean, the water is so abundant with aquatic life that Jacques Cousteau called it the "last natural living aquarium in the world." The Gulf of California is where ecotourists flock in the winter to watch the pods of whales that come to bear their calves at the completion of their 6,000-mile migration from Alaska and Siberia. The Los Cabos area has been a prime year-round vacation spot for Americans and South Americans since the end of the 19th century, but now as more and more American Baby Boomers are retiring in Mexico, developers have been busy creating beautiful high-end beachfront tropical enclaves which, in some cases, can be rented by the night or purchased. One impressive resort-style residence, Casa Noble, which could be used as a private residence or turned into an elite small resort, is a property grand enough to cause real estate collector Larry Ellison’s eyes to get misty.

Sited on 2.56 gated acres of lushly planted grounds and 240-feet of beachfront, Casa Noble is the most expensive estate for sale in Cabo with an asking price of $50 million. The Spanish-hacienda-style contemporary is spread out across the acreage with 28,807 square feet of air-conditioned living space on seven levels, which includes 23 bedrooms and 25 bathrooms - with a sleeping capacity for 77 - with oceanside terraces, fitness facility, steam room, sauna, hot tubs, tennis court, pools and spa. There are six separate dining areas, five kitchens (including two designed for catering), and three bars making it easy to entertain friends.

The main house has 50 different colors of Mexican tile, many of which can be seen around walkways and courtyards that display thick tropical plantings and palms. Each of the doors has been hand carved by local artisans and walls of glass throughout the property guarantee expansive ocean views.

Access is direct through either the Los Cabos International Airport, yacht or car. Well known for its sport fishing, Los Cabos has the highest paying marlin fishing tournament, known as the Bisbee's Los Cabos Offshore, which takes place annually each October.

Casa Noble, on the southern tip of the Baja Peninsula in Los Cabos, Mexico and the most expensive private property on the Cabos market, is offered at $50 million. Co-listing agents are Bernardo Mucino Koenig, The Agency, Los Cabos and Mauricio Umansky, The Agency, Beverly Hills. 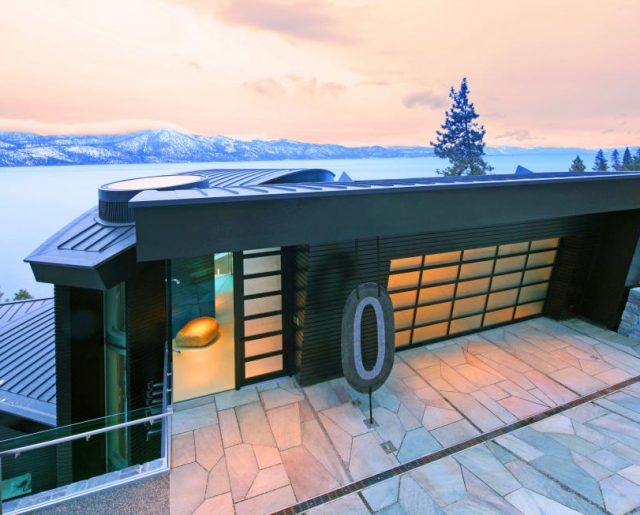