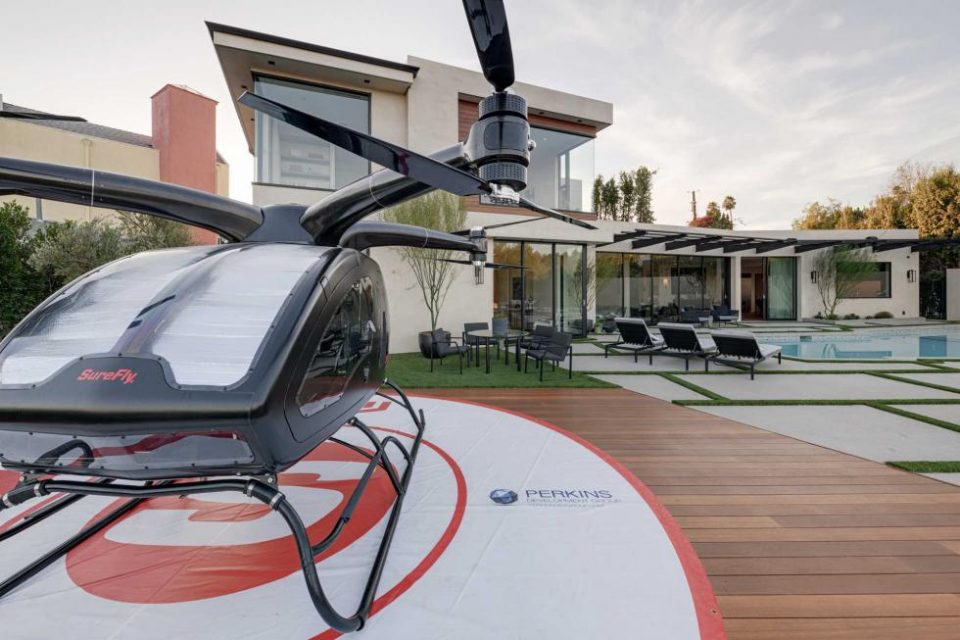 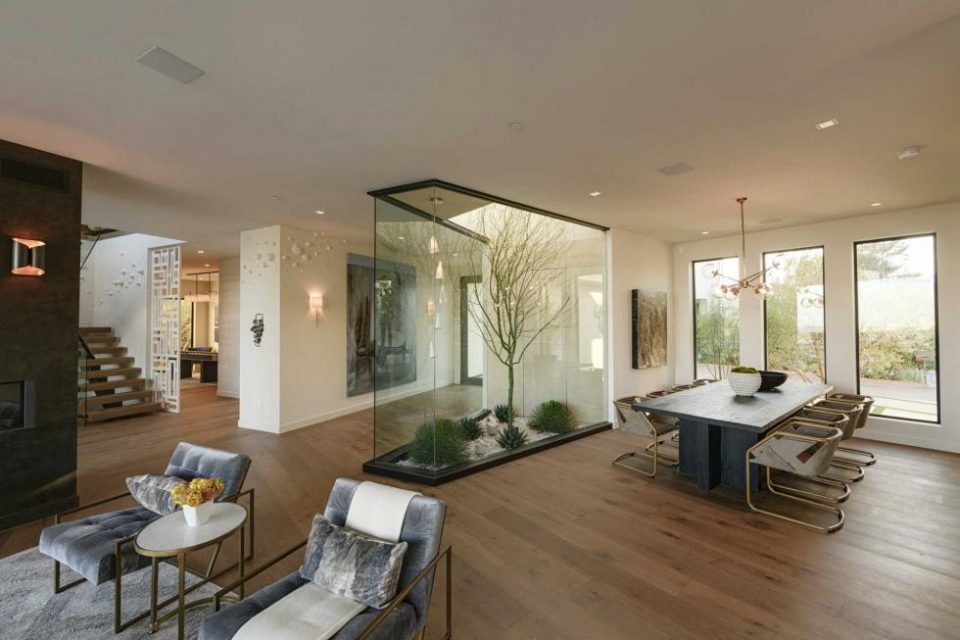 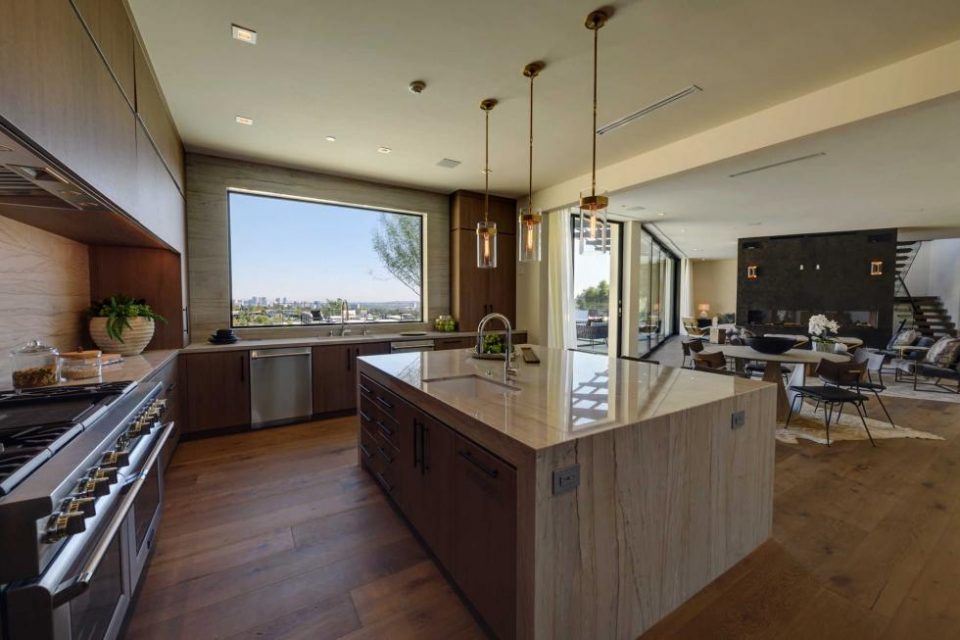 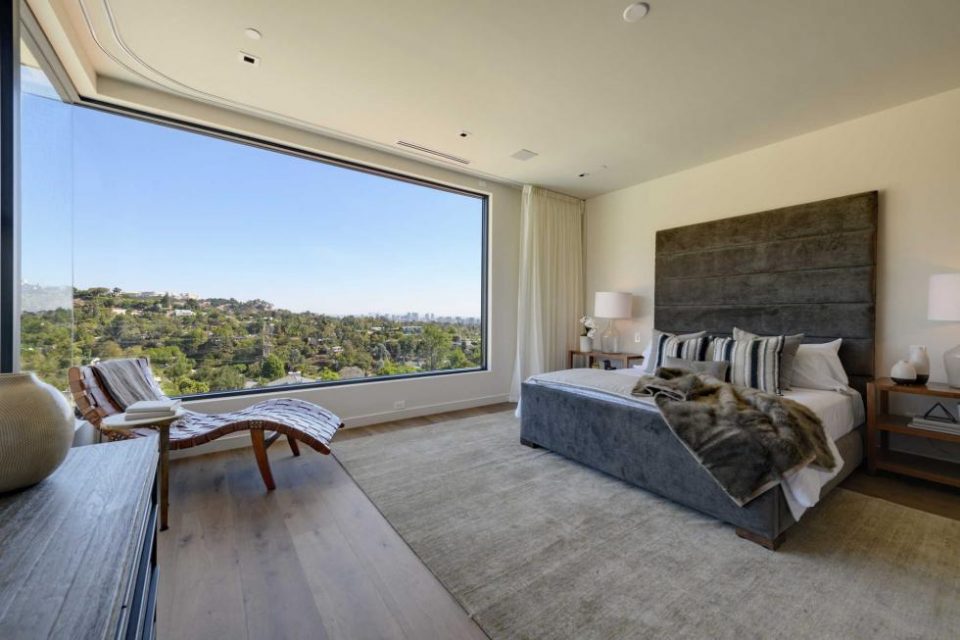 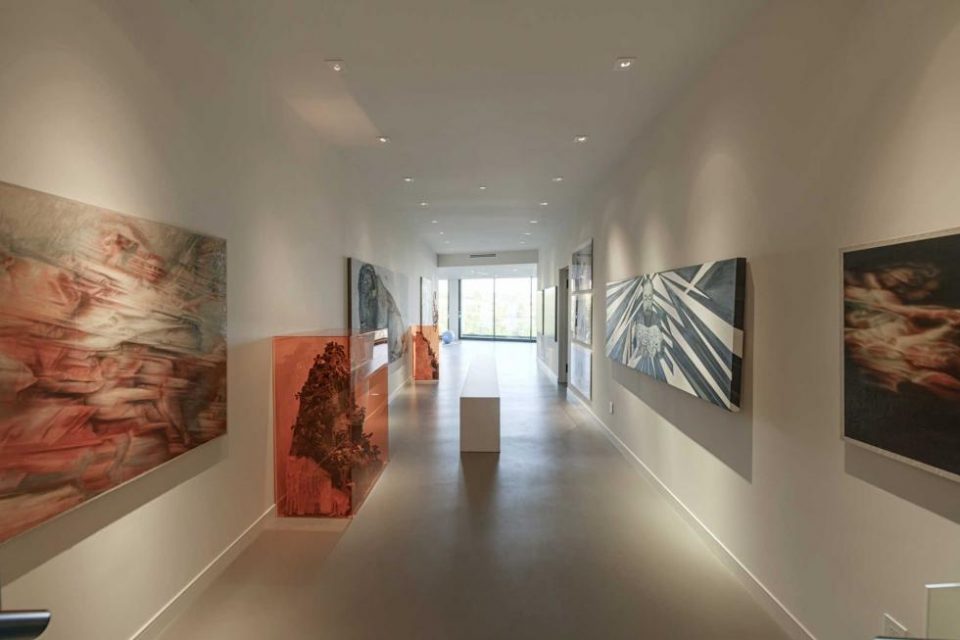 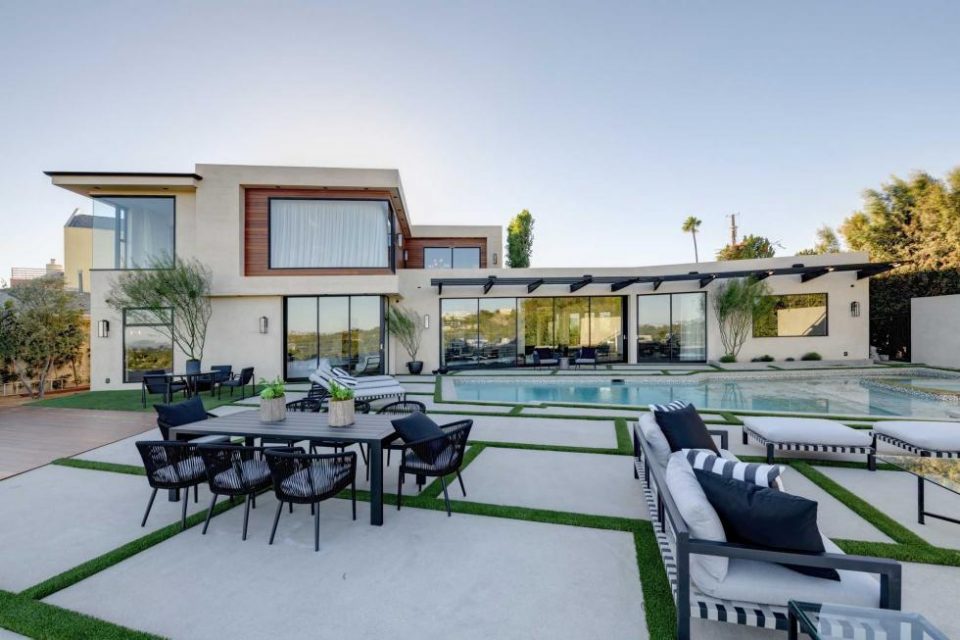 The Jetsons have landed in Brentwood! A new home in Los Angeles is being advertised as a house of the future with several space-age features including a two-passenger drone mini helicopter that the new owner can actually fly to work. At $11.995 million, a small price for time travel.

The contemporary-style house of more than 8,000 square feet is filled with futuristic innovation, run on an off-grid system that releases its owner from dependency of ever escalating grid price increases and outages. Powered by solar panels and backed by two Tesla Powerwalls, the
six-bedroom, eight-bath home features 28-foot retractable glass walls that blend the large open floor plan with the pool deck, spectacular views and the personal drone helicopter landing pad providing lots of space for outdoor dining and entertaining. There are two master bedroom suites on separate floors with expansive baths and voluminous dressing rooms plus an indoor terrarium. All surfaces have been dressed with designer finishes and fixtures, hardwood floors and the garage comes with an underground car lift. The lower gallery level includes a large gym, art-ready gallery space and far-infrared sauna. For the more traditional home owner, there is also a living room fireplace.

The pièce de résistance is the first-of-its-kind, two-passenger personal drone helicopter, SureFly, that will whisk its owner from Brentwood to Burbank in 10 minutes during heavy rush hour traffic. It takes off from its integrated helipad on the pool terrace to fly over the L.A. gridlock. According to the SureFly website, it can fly one hour on one tank of gas, flies to a maximum ceiling of 5,000 feet, has a 70-mile range, is an 8-rotor helicopter with on-board fully redundant backup battery system and can accommodate two passengers.

Nestled in the hills of Brentwood is the home of the future. The Starview Estate, with views stretching from the Getty Center to Downtown Los Angeles and the Pacific has hit the market at $11.995 million - personal drone helicopter included. The listing agent is Billy Rose, founder and president of The Agency, Beverly Hills. The future is here! 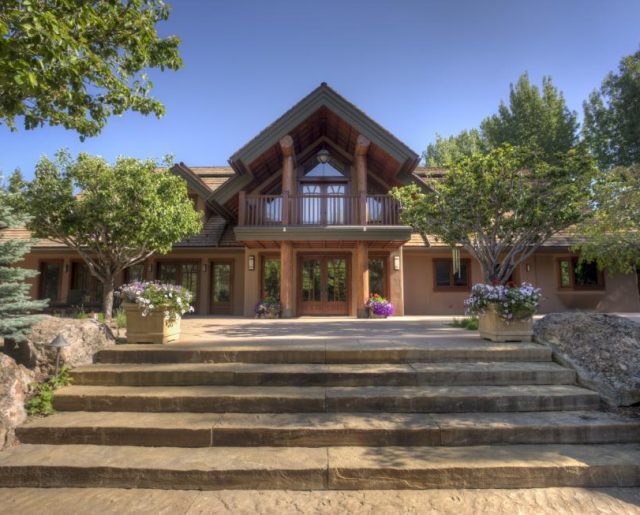 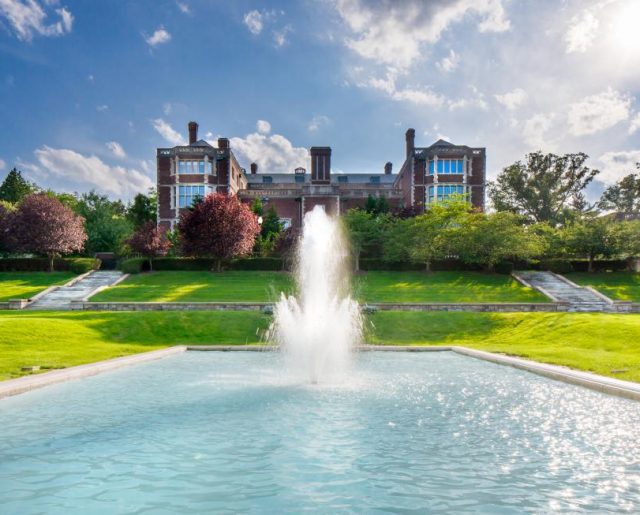 New Jersey Mansion Has Ties to Lincoln Memorial! An English Gothic Revival mansion that was built in 1907 in New...Read More