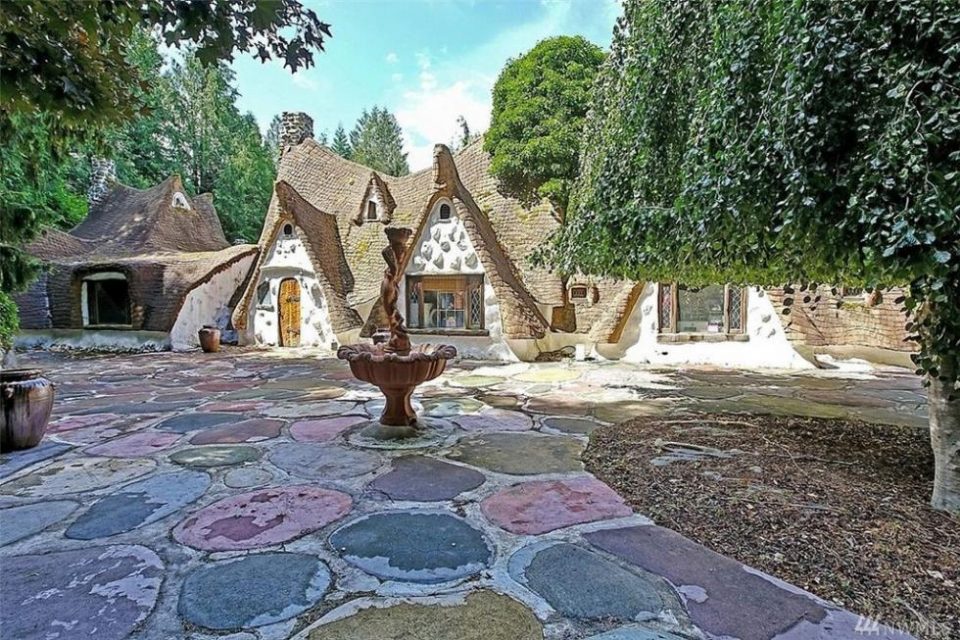 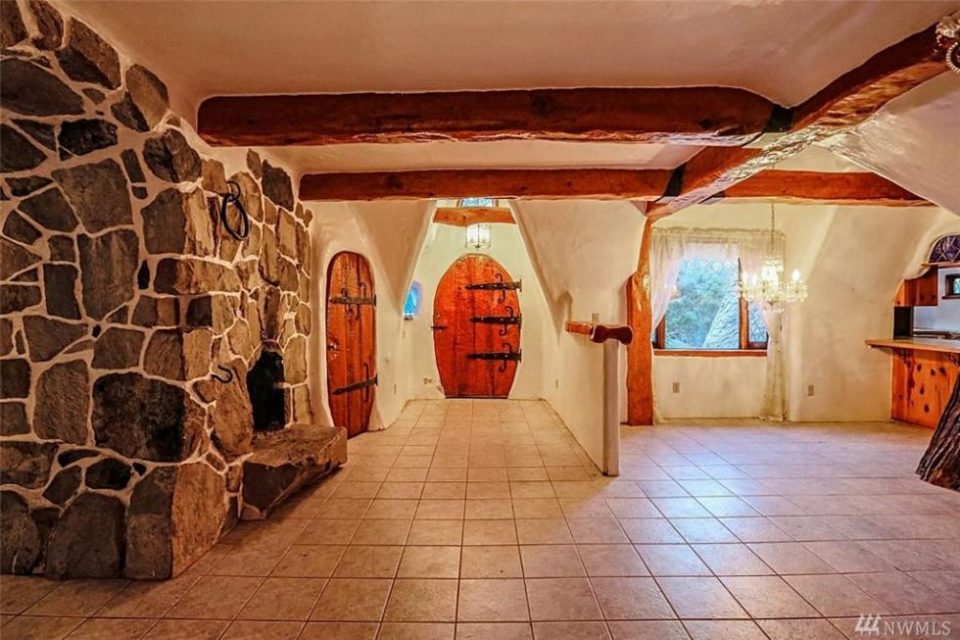 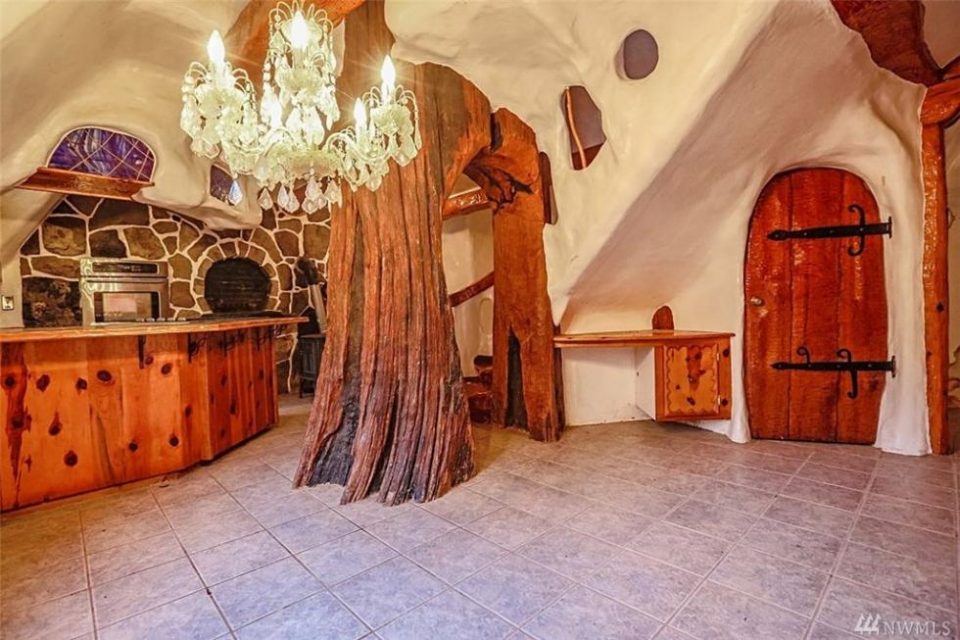 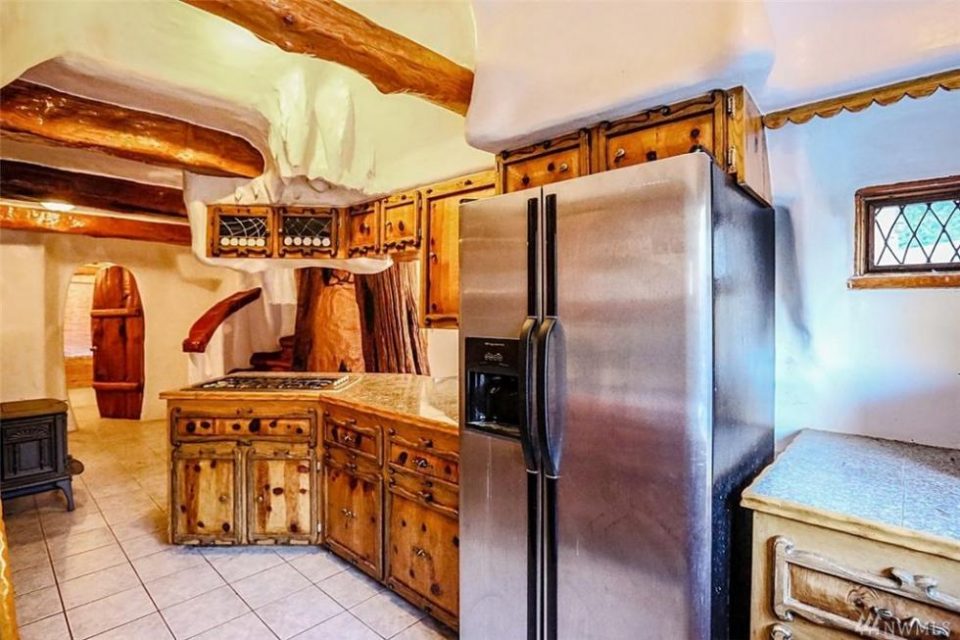 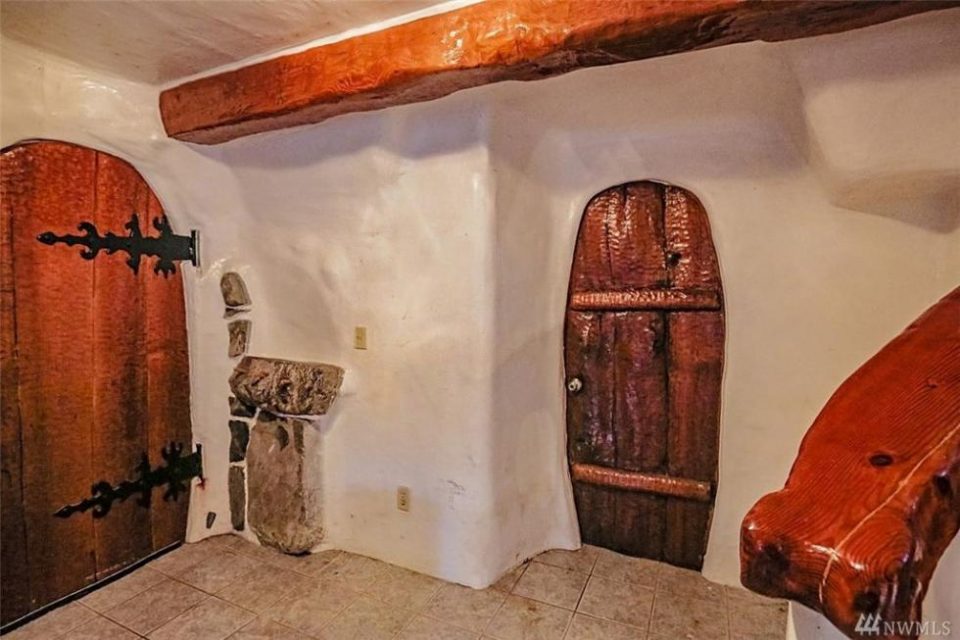 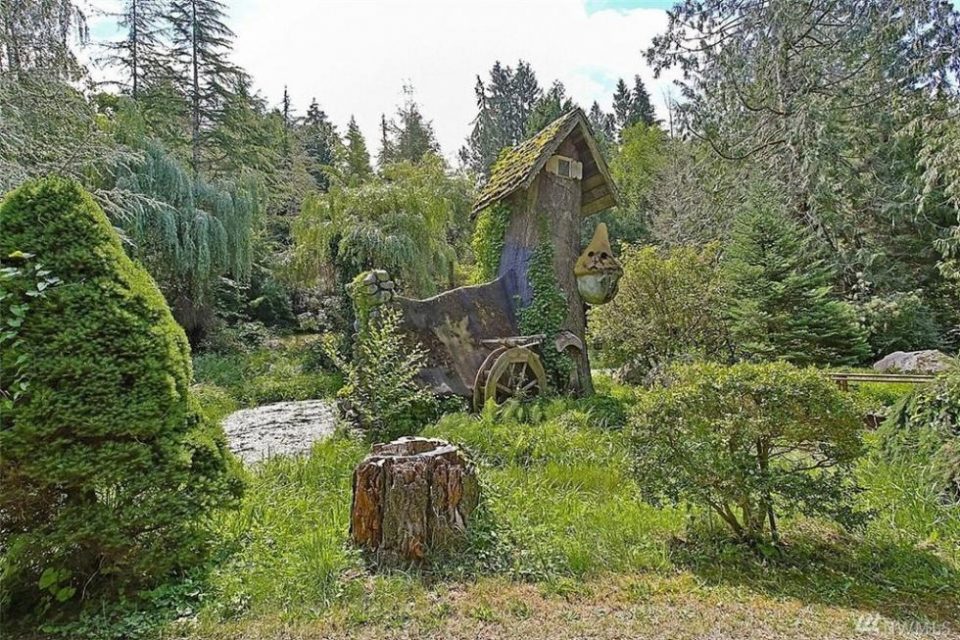 The Brothers Grimm published it in 1812 and Walt Disney made it a film in 1937. One family loved the story so much they decided they wanted to live there - and they did!

It’s unlikely that Jacob and Wilhelm Grimm or Walt Disney would have imagined the enchanted cottage of the Seven Dwarfs would be replicated as a family home outside of Olalla, Washington and each would have been mesmerized by the results. The details in each turn of the home’s wood, the intricate forged ironwork and each pane of stained glass showcases the exacting craftsmanship, imagination and labor of love that went into its creation.

The Brothers Grimm published their first collection of folklore stories in 1812 under the title of Grimms’ Fairy Tales. It was to become the standard reading material for children’s bedtime stories around the world. Snow White appeared in their first edition and the brothers made their final revision of the story in 1854. It wasn’t until recently that grown children who grew up with the Grimms’ Fairy Tales stories admitted that they were actually quite frightening and probably contributed to many nightmares. For that reason they have lost favor with modern parents.

Snow White herself was plagued with a wicked stepmother and her jealous attempts to murder the beautiful girl by cutting off her air supply and poisoning her, but as the happier fairy tales go, Snow White was able to overcome all that; saved by her friends the Seven Dwarfs and finally rescued by a Prince whom she married and lived happily ever after. But the enchanted cottage of the Seven Dwarfs transcended the story and its charm and appearance has never lost its appeal. It was also the environment where Snow White felt safe and secure and was her happy place.

Walt Disney also saw the merits of the fairy tale and turned it into an animated film in 1937 that was so popular - and still is - that it played a large part in the huge Disney success through generations.

One imaginative family was so in love with the Seven Dwarfs' home that they reproduced it as a family home where they lived until 2005. The person who bought it continued the theme and continued to enhance the interior. After twelve years of living in one of the world’s most magical environments, she is offering her Snow White cottage for sale to the next family who will find as much joy there.

Located on five wooded acres on a dead-end street behind a gated entry, the magic begins. The sprawling main house of 2,800 square feet with its extreme high pitched and deeply sloped roofs looks exactly like it jumped off the pages of the children’s book. Blended into its wooded background, with twisted wooden bridge and quirky but charming tree house, it’s hard to imagine there are four bedrooms and five baths inside with every modern convenience and high speed Internet - even if one must walk through the opening of a massive indoor tree trunk to see it. The tree trunk ascends to a second floor open loft with bath via impressive stairs. The interior is unforgettable with stone, stuccoed walls, huge hand-carved beams and the most captivating rounded hand-built wooden doors of various sizes with intricate iron hinges. Fireplaces and a wood stove, which begs a pot of simmering soup, promise that comforting deep warmth that only wood can provide and the raised, rounded kitchen fireplace is perfect for cooking or crafting s'mores on a chilly day. With no square walls to be had, the interior of the house wraps around you like a big hug. For modern folk, there is a hot tub/spa, patio for outdoor living, RV parking and a creek on the property with garden area and fruit trees. The tower "tree house" in the garden comes complete with a small room with its own fireplace - a perfect spot to sit and reread the story of Snow White.

Now for only the second time since the early 1970s, Snow White’s cottage is for sale, priced at $775,000. Sadly, the Queen’s magic mirror does not convey. 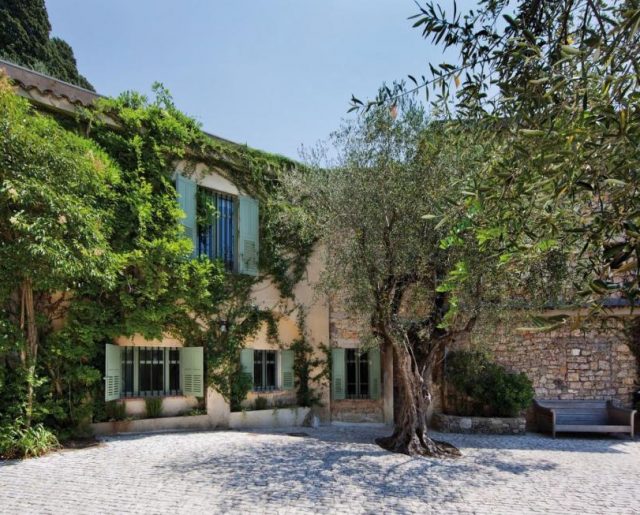 Picasso’s French Riviera Home! When Pablo Picasso died in 1973, he was 91 years old and had made his mark...Read More 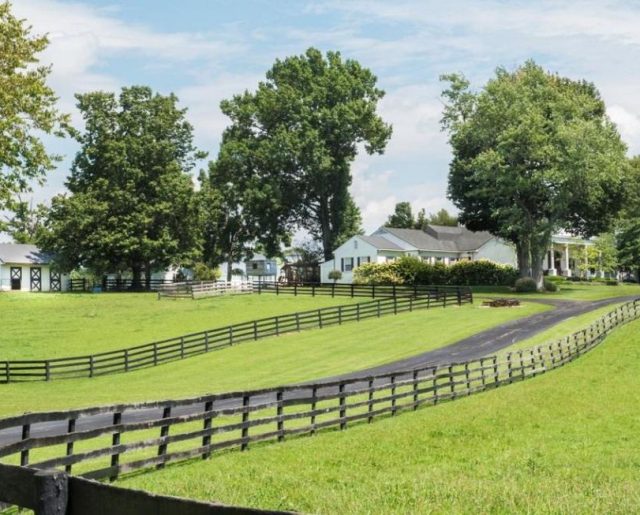 Johnny Depp’s Horse Farm Auction! Pirates of the Caribbean actor Johnny Depp has been trying to liquidate much of his...Read More