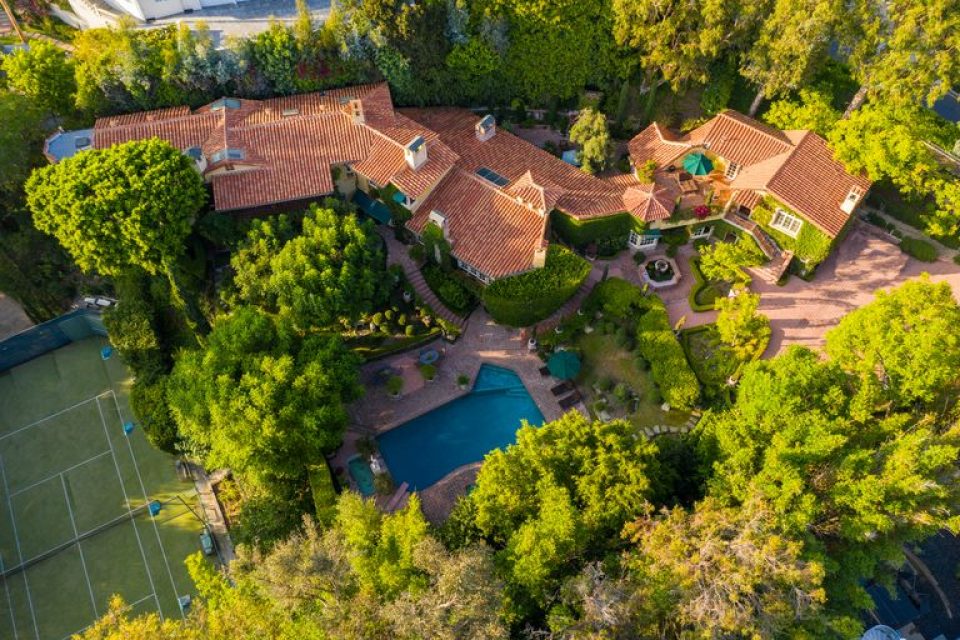 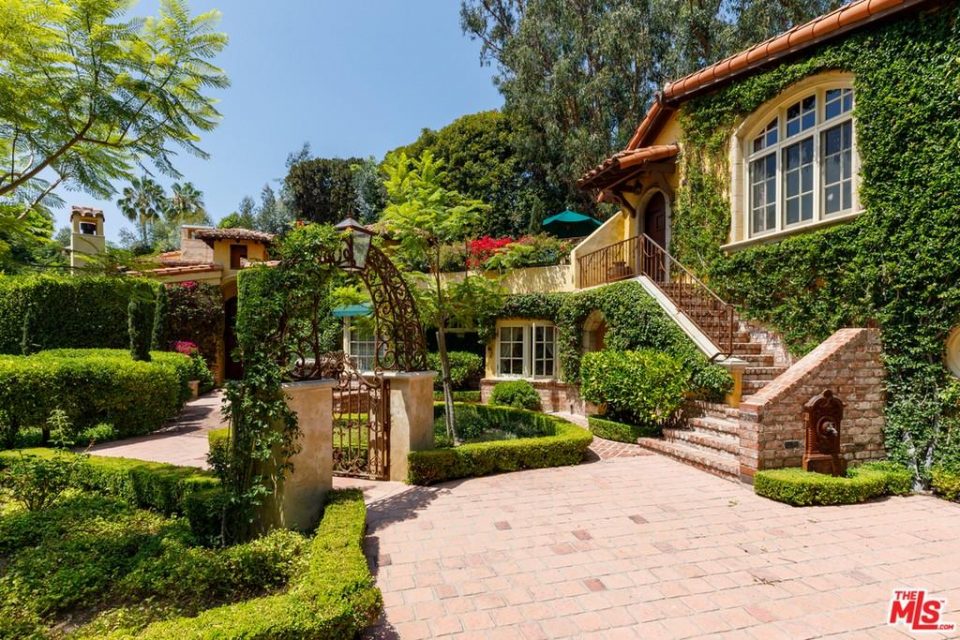 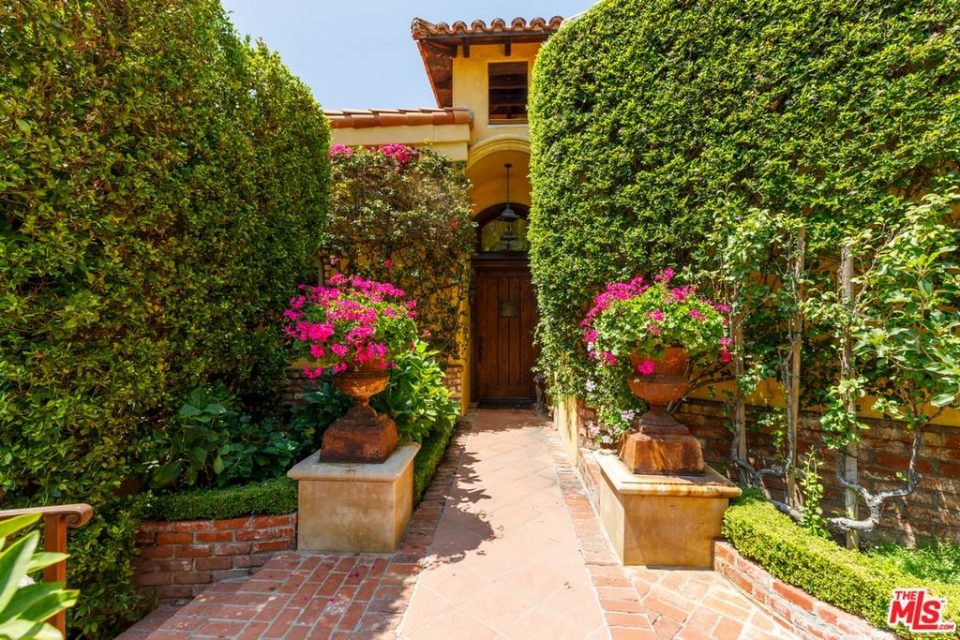 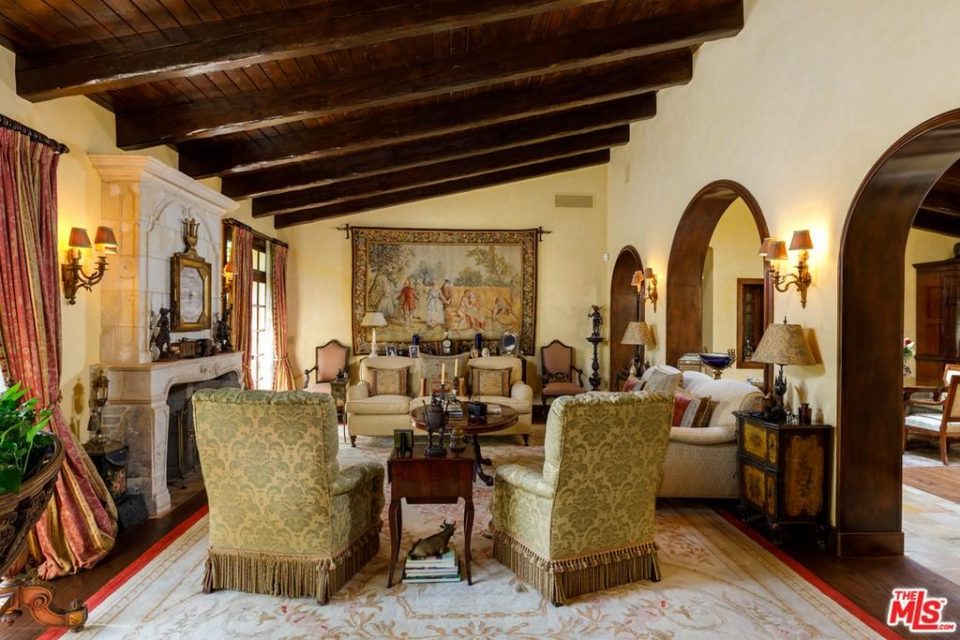 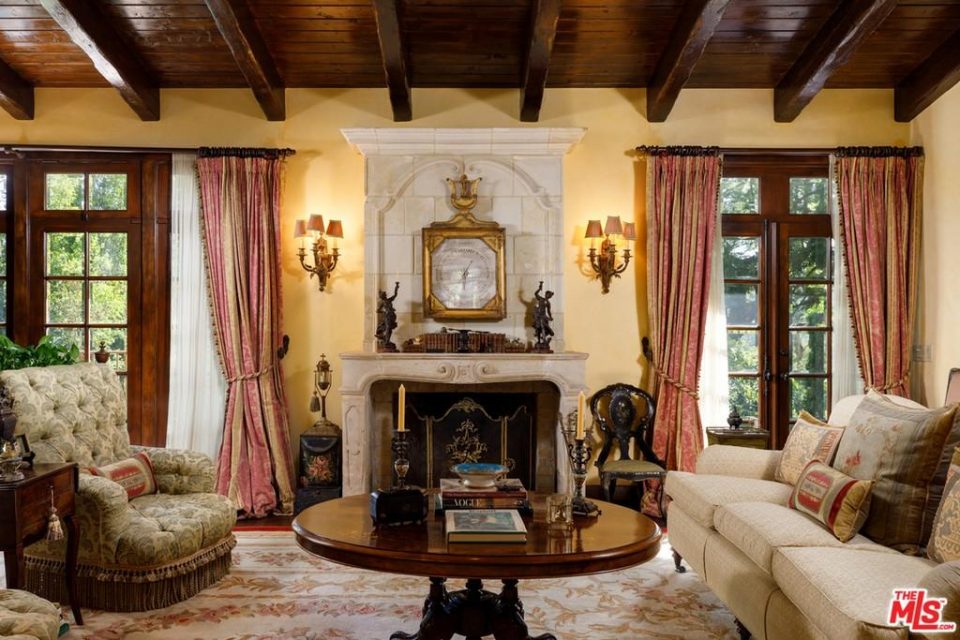 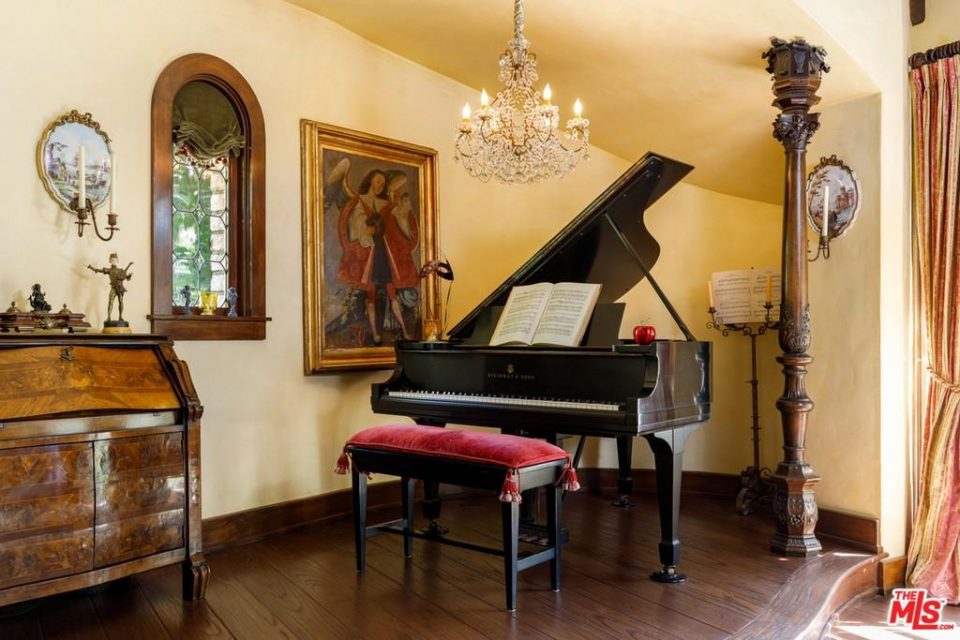 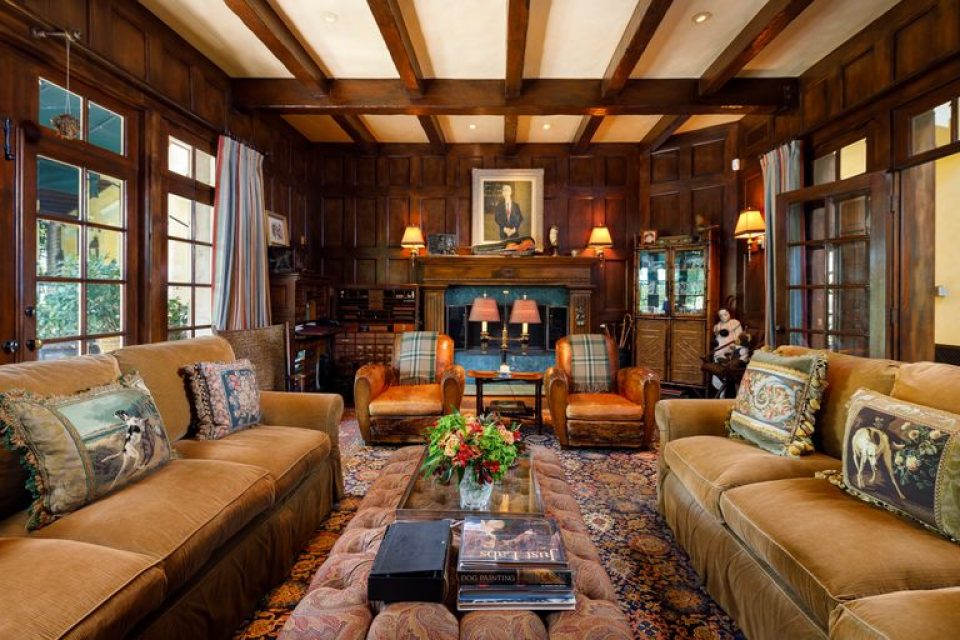 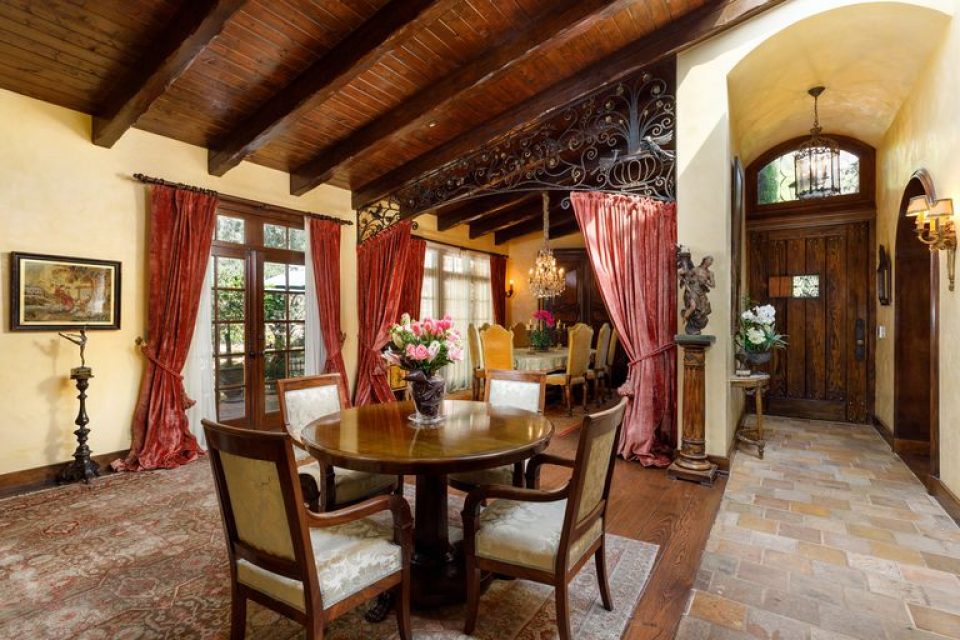 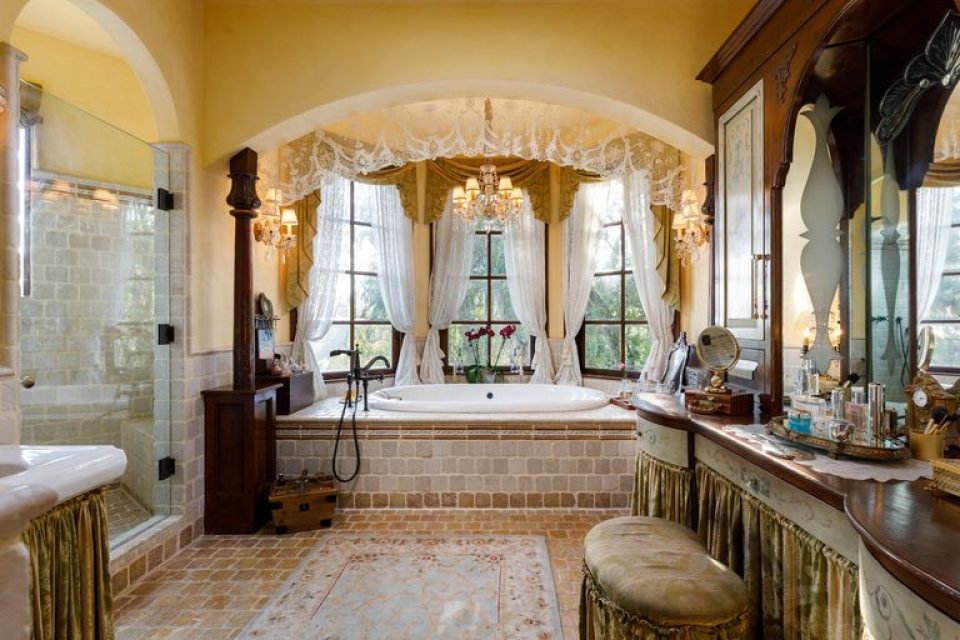 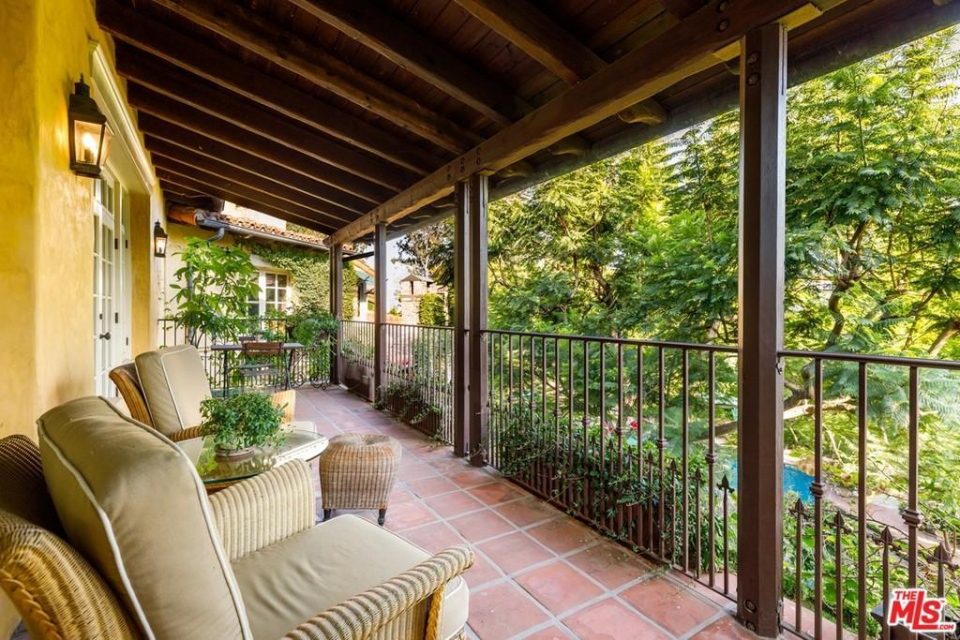 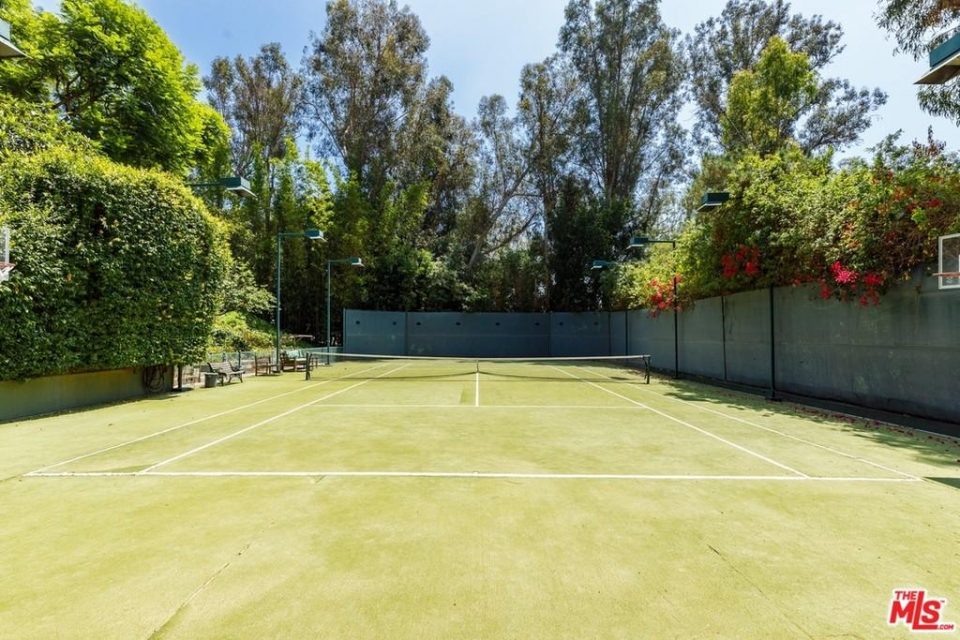 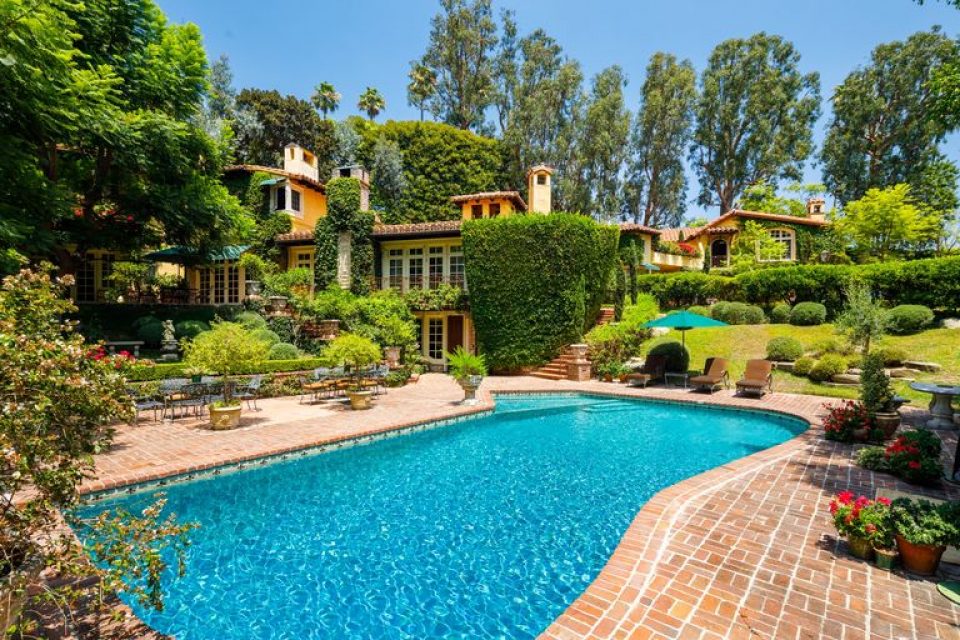 Priscilla Presley probably hasn’t seen too many dull days since finally marrying Elvis in 1967 after their long and complicated courtship, though if she had any at all it was probably during their six-year marriage.  Elvis was of the mind set that wives should stay home doing 1960’s “wifely” activities while he did his share of carousing with a number of his leading ladies while filming his movies.  After their divorce, Elvis stayed in their Beverly Hills family home and Priscilla bought a gated-and-lushly-planted home near him in Holmby Hills so as to facilitate his close relationship to their daughter Lisa Marie.  Priscilla has lived in the home for over 45 years and recently put it on the market at $14.5 million.

The home’s vine-covered, sunny-stucco walls along with its red-barrel roof tile and all set deep in the midst of thick, pristinely maintained landscaping gives the one-acre property a magical vibe.  Children growing up here could easily imagine themselves shipwrecked on a tropical island with the turquoise water of the pool as their ocean.  It’s like a tropical paradise hidden away in the middle of Hollywood!  For the adults, the indoor and outdoor entertainment of tennis matches, afternoon pool parties and elegant dinners inside or on a terrace fits every mood and style of entertaining.  Measuring 8,952 square feet, the house consists of seven bedrooms and nine baths, formal living room, dining room and library, a maid’s room off the kitchen and a guest suite above the garage with its own entrance.  The upper-level master suite has his-and-her baths and a private terrace overlooking the grounds.  Almost every room opens to views of verdant tropical plantings.

Priscilla became an astute business woman at an early age after Elvis died in 1977.  There was Graceland, so expensive to maintain that she brilliantly decided to turn it into an Elvis museum.  It’s success was and is today, unprecedented. Priscilla became an author, a clothing designer and a doting grandmother to Lisa Marie’s children. With her business savvy and contemporary thinking, Priscilla never remarried but has had several serious long-term relationships over the years.

Priscilla Presley’s Spanish-style home in Holmby Hills where she has lived since her divorce from Elvis is up for sale at $14.5 million. The listing agent is Jonah Wilson with Hilton & Hyland, Beverly Hills. 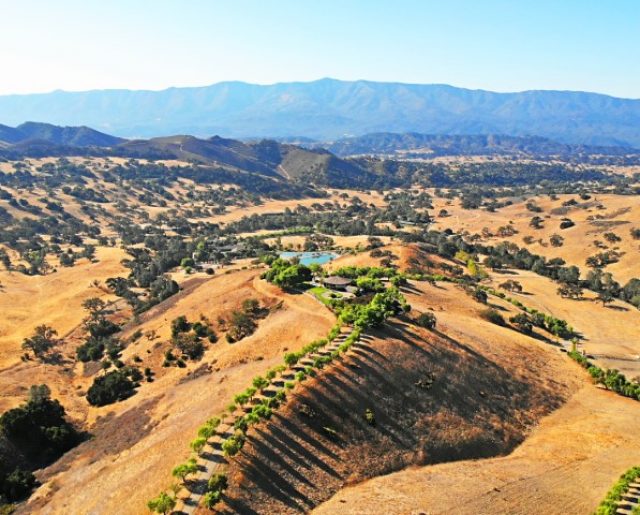 In the mid 1950s, Ray Kroc was a struggling milkshake mixer salesman who came up with the golden formula to...Read More