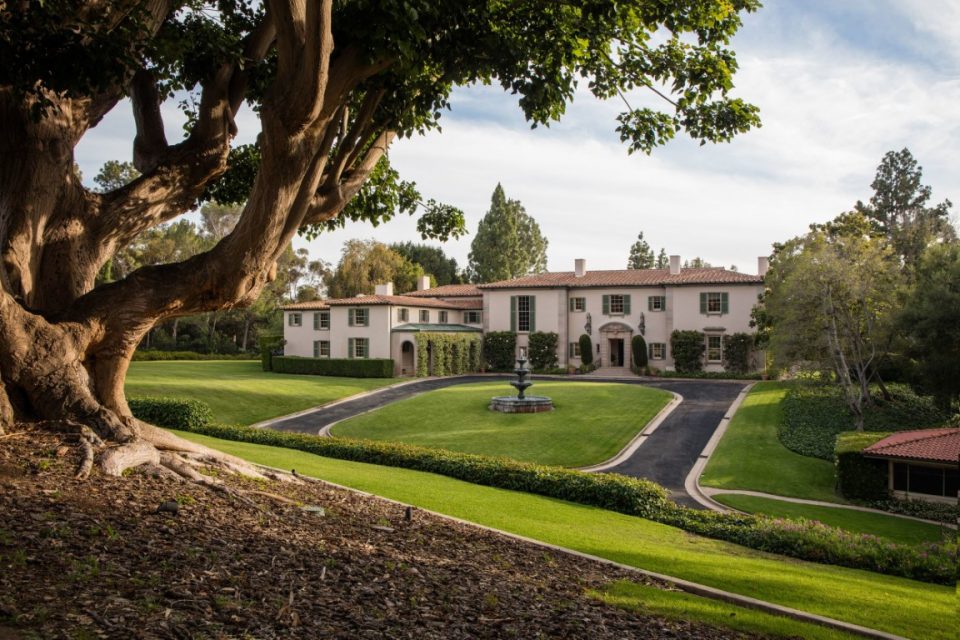 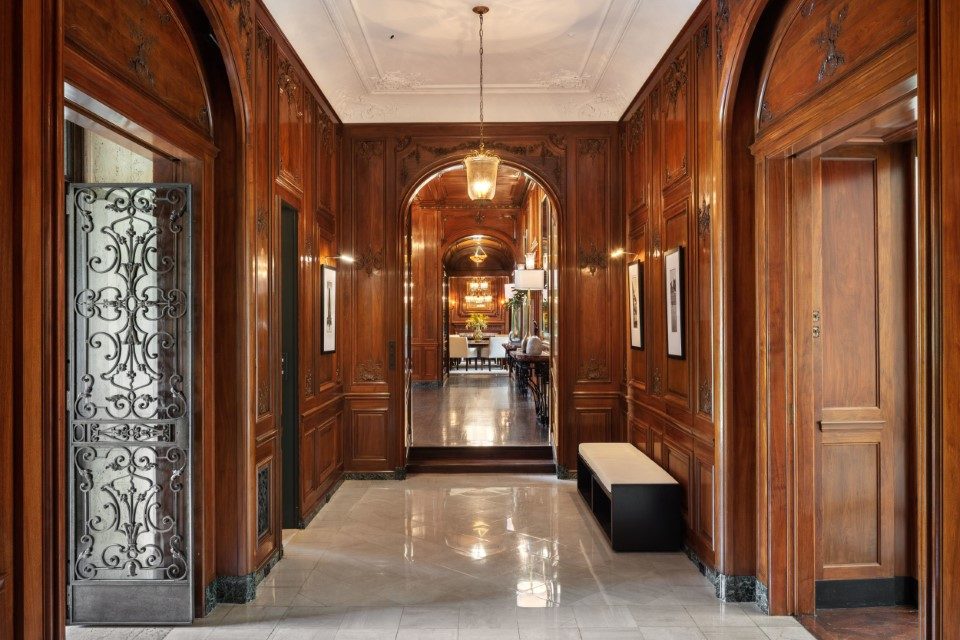 Historic and storied, Owlwood mansion has sold for $88 million. 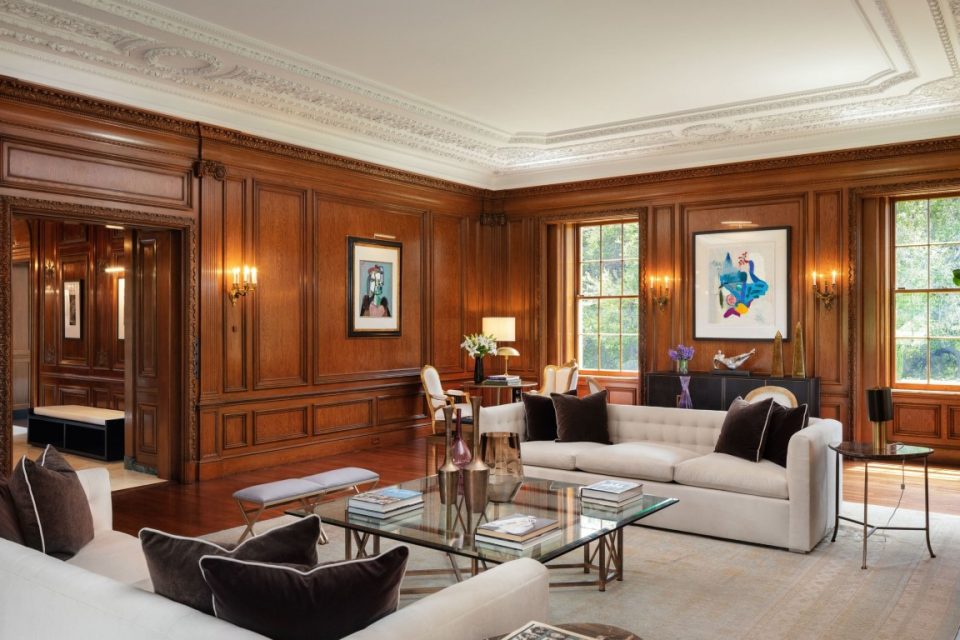 The classic Tuscan-styled mansion was built in 1935 by Robert D. Farquhar for Florence and Charles Quinn. 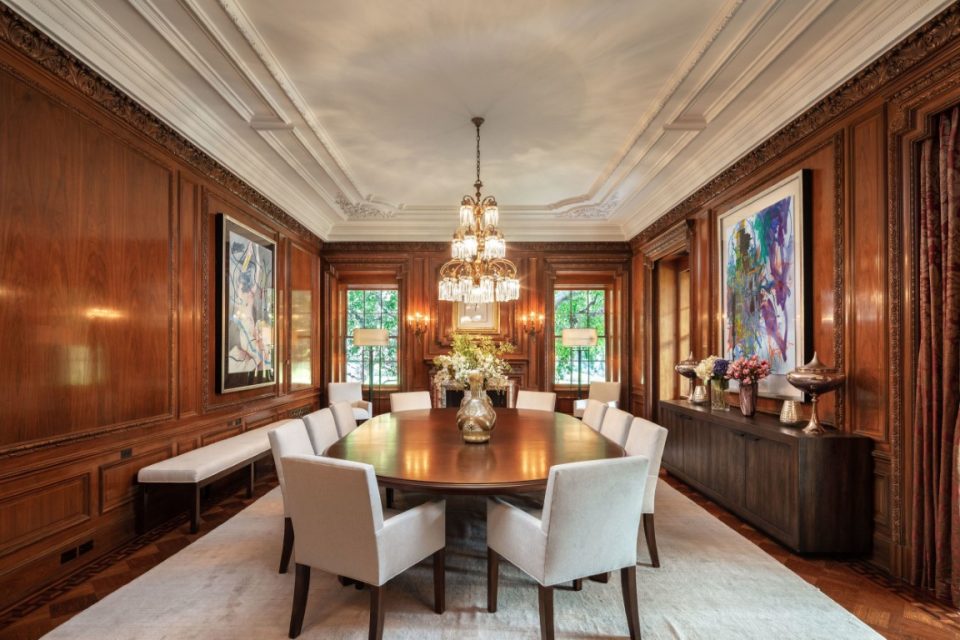 After the Quinns, the home next passed into the hands of 20th Century Fox co-founder Joseph Schenck. 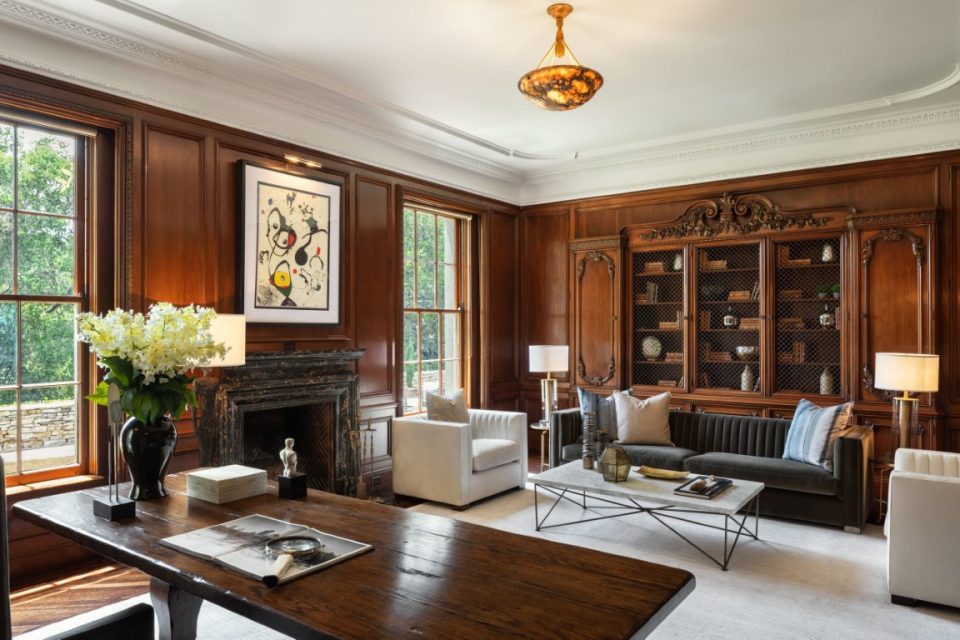 Tony Curtis bought the home from Schenck, but died only six month later. 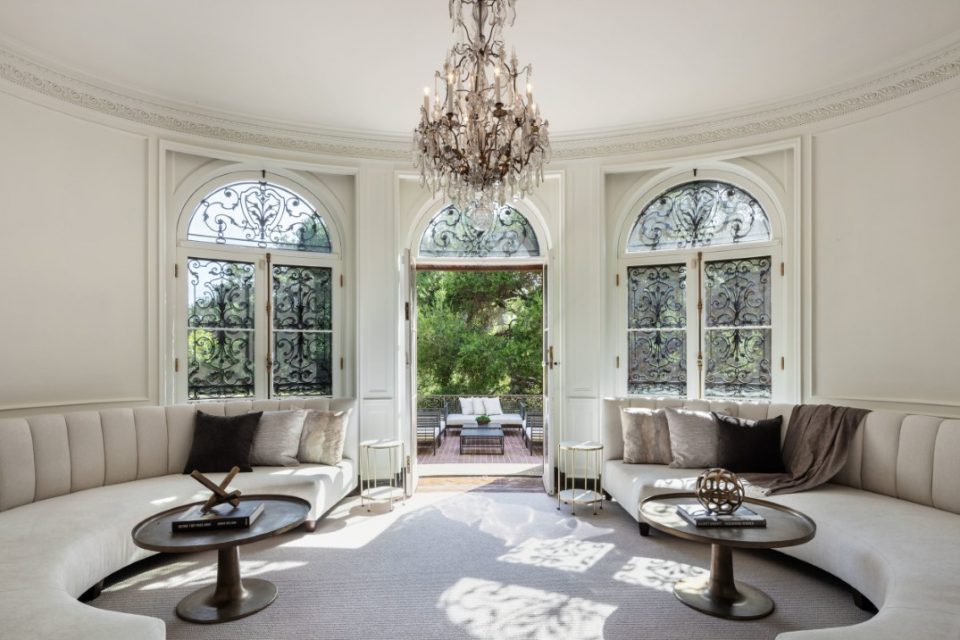 Cher fell in love with the house and after Curtis’ death, she and husband, Sonny Bono, purchased the home. 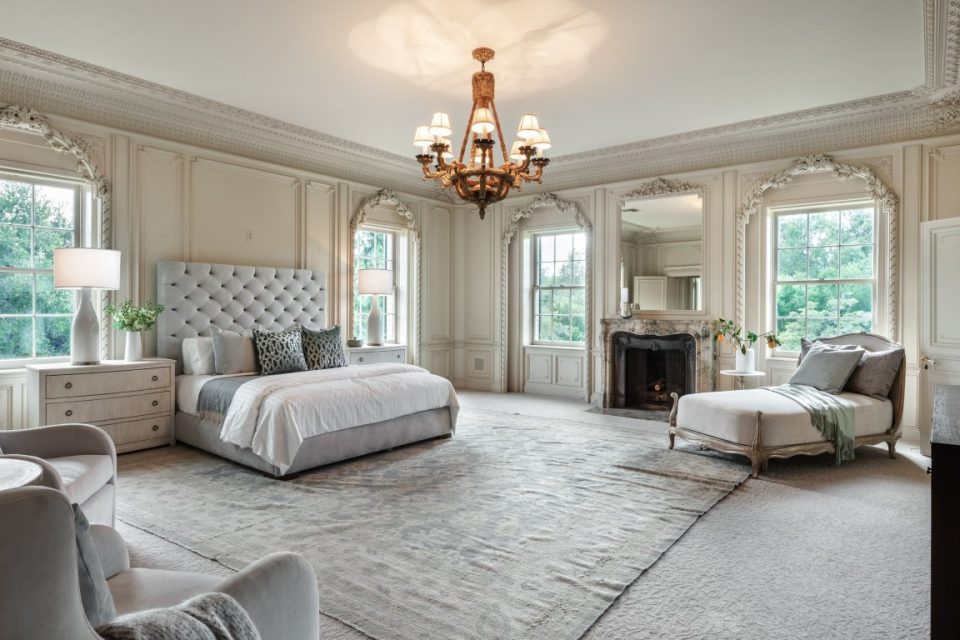 Sonny and Cher sold the estate to playboy Ghazi Aita of Monaco. 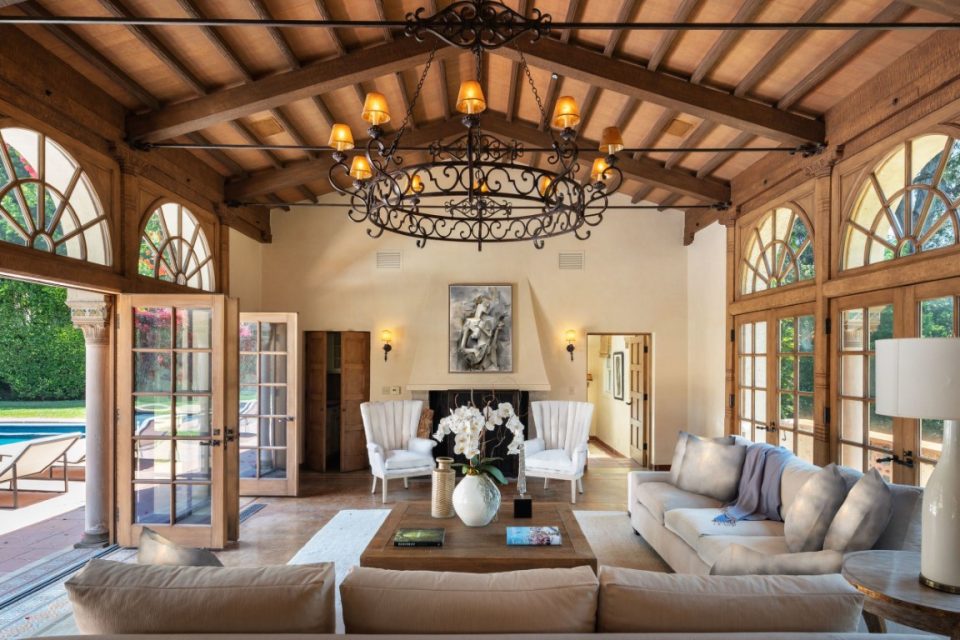 Aita had a harem of starlets to such an extreme that all of Hollywood enjoyed it as cocktail chatter. 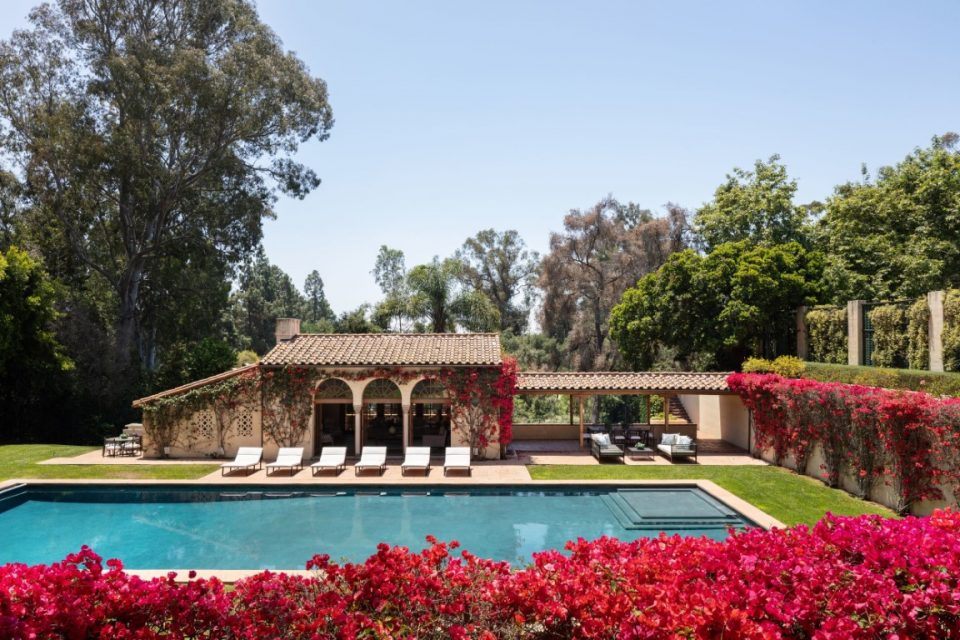 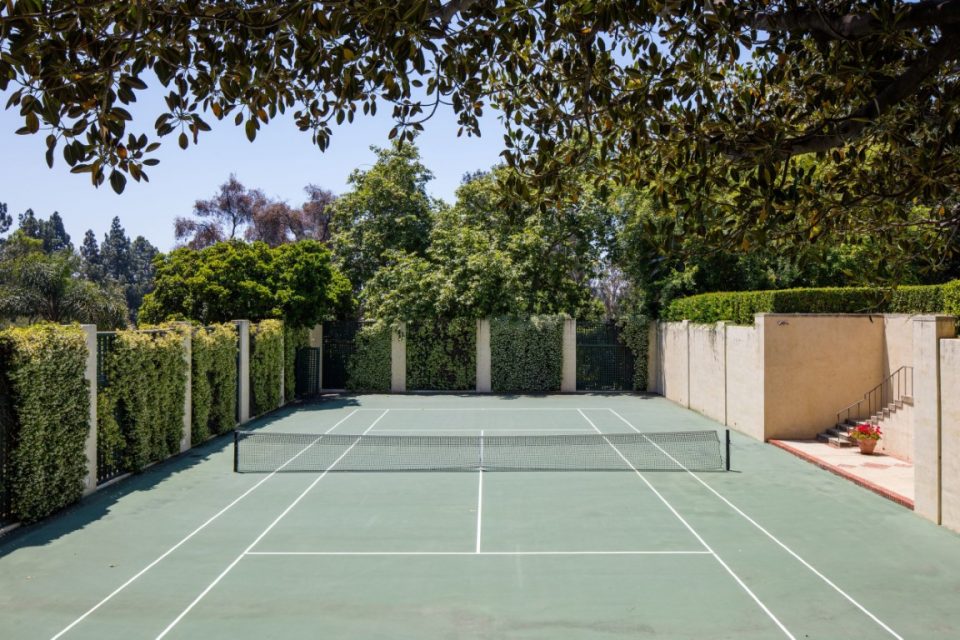 There are also fountains, fruit trees and restored formal gardens. 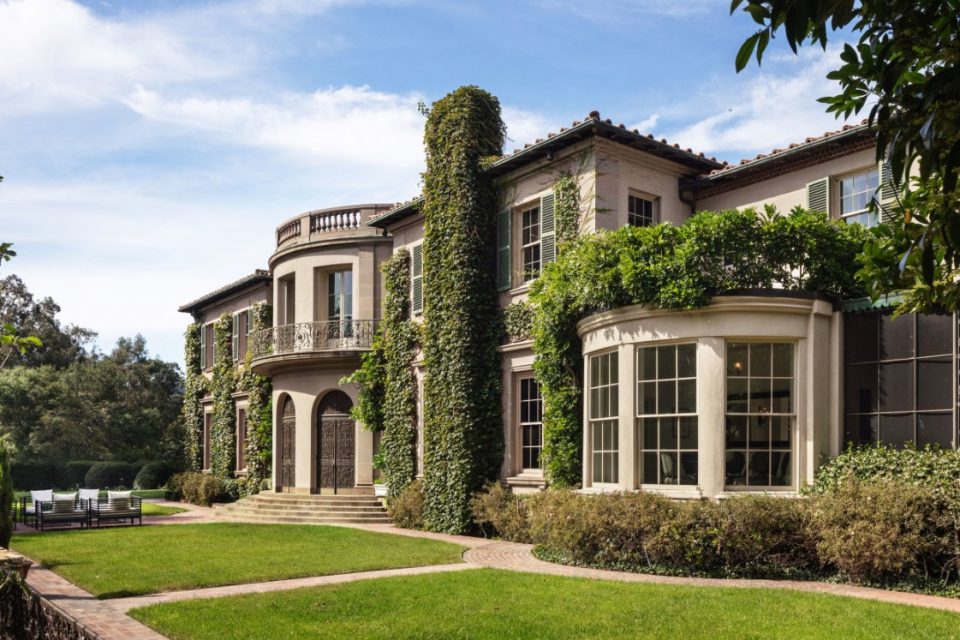 On the market since 2017, priced at $180 million then reduced to $115 million, the historic celebrity-magnet Owlwood mansion, the crown jewel of L.A.’s Holmby Hills, has sold for $88 million.

Completed in 1936, few Los Angeles mansions have its stature, rolling grounds or have been the center of so much gossip.  The classic Tuscan-styled mansion was built in 1935 by Robert D. Farquhar for Florence and Charles Quinn. Florence was divorced from Arthur Letts who, in 1925, was the original owner and developer of the 3,296 acres of land on which Holmby Hills is located.  The home on four acres was the largest and most luxurious house at the time measuring in at 12,000 square feet and a cost of $150,000. Farquhar also designed Beverly Hills High School and Festival Hall for the 1915 Panama-Pacific Exposition in San Francisco.

After the Quinns, the home next passed into the hands of 20th Century Fox co-founder Joseph Schenck.  Described as a 70-year-old, cigar-chomping type in the book Unreal Estate by Michael Gross, Marilyn Monroe was said to spend much time there and at only 21, it was fairly common knowledge that although Schenck was still married to his first wife, had an affair with him and ended up living in the guest house.

By the time the actor Toney Curtis was near the end of his career, he bought the home from Schenck.  Cher fell in love with the house when attending a party that Tony Curtis threw at the home and soon she and first-husband, Sonny Bono, purchased the home from Curtis. Gossip began when Cher wanted to leave Sonny but CBS threatened to cancel their TV show, the Sonny and Cher Comedy Hour, if one of them moved out. So they decided to inhabit separate wings. Later on they sold the estate to playboy Ghazi Aita of Monaco

It was during Aita’s tenure when the gossip soared.  He ran a harem of starlets to such an extreme that all of Hollywood enjoyed it as cocktail chatter.  He became fodder for Heidi Fleiss' black book.  Aita sold it to Ameriquest-founder Roland Arnall who added six more acres bringing the estate to 10 acres and named it Owlwood due to the number of owls on the property.  It was put on the market only a few months later in 2017. 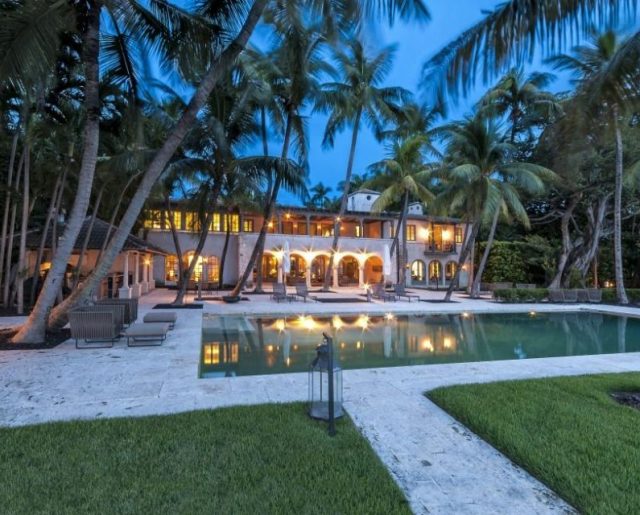