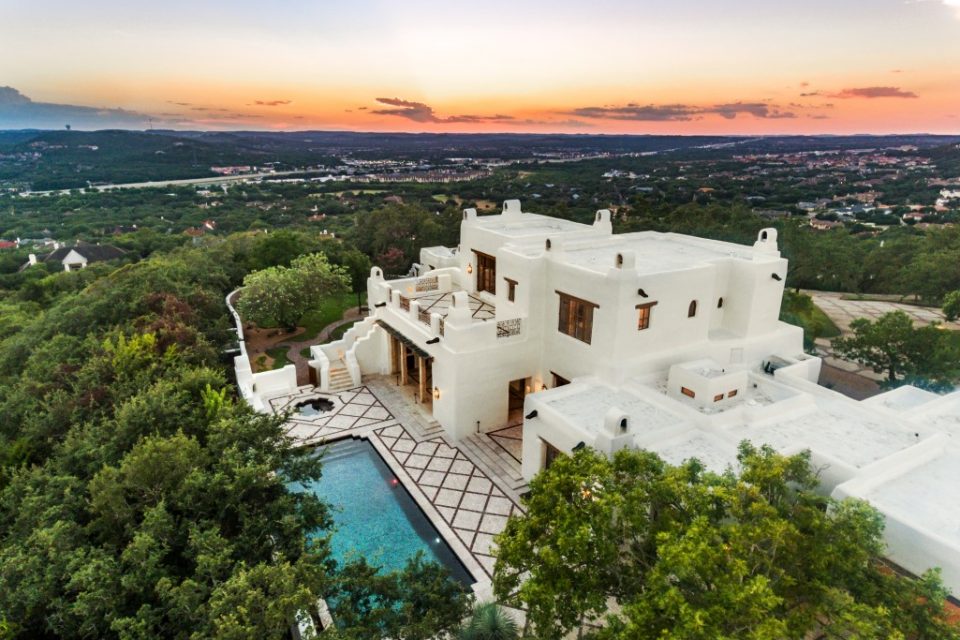 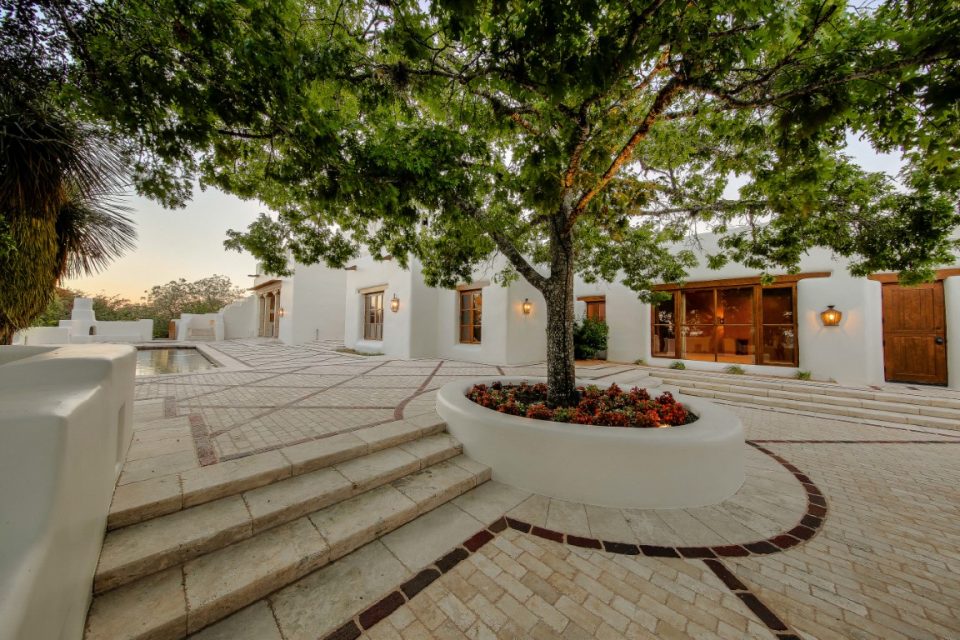 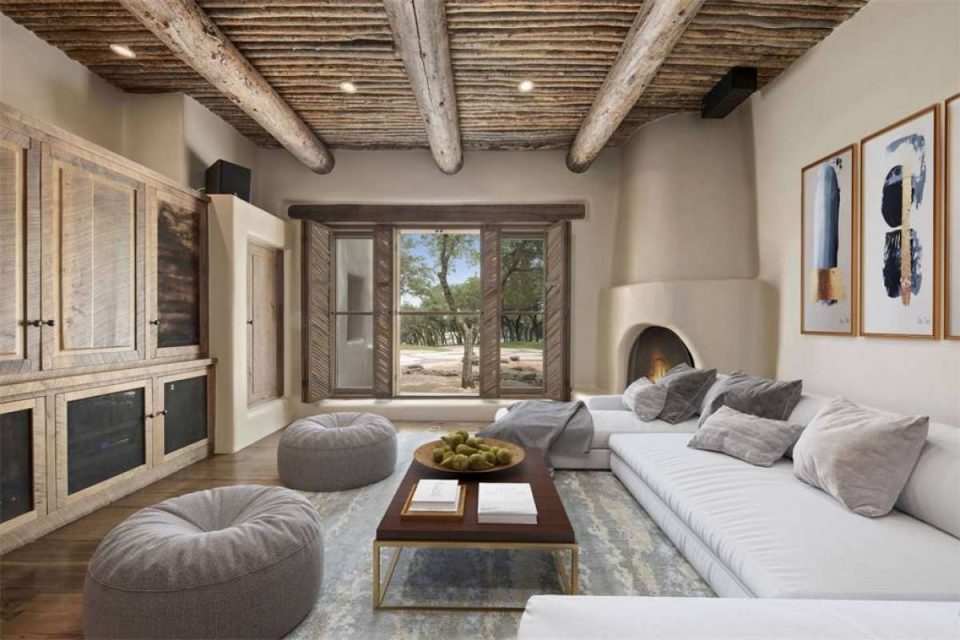 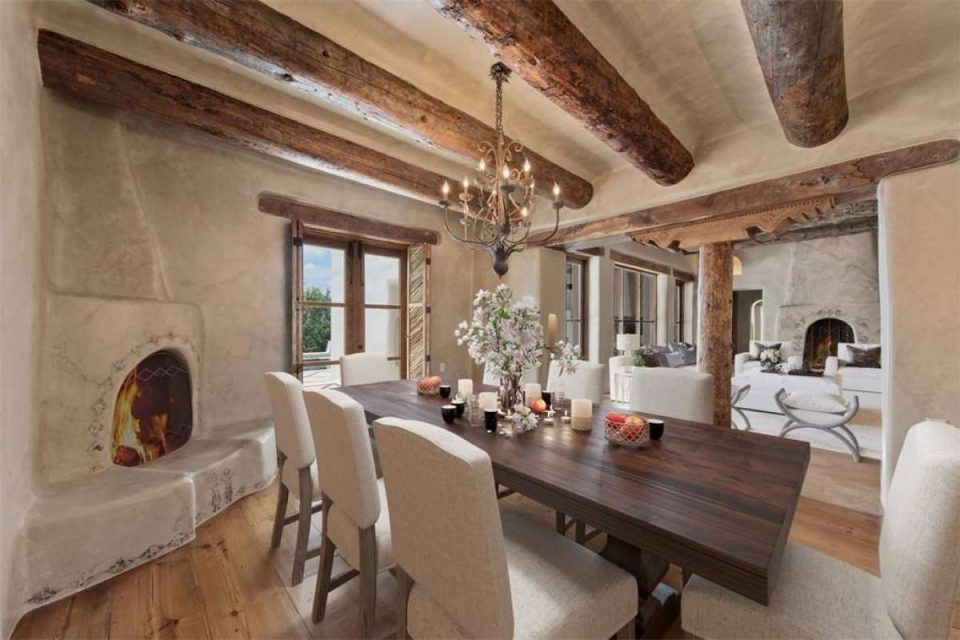 There are multiple venues for dining and entertaining large groups, both inside and outside on paved terraces. 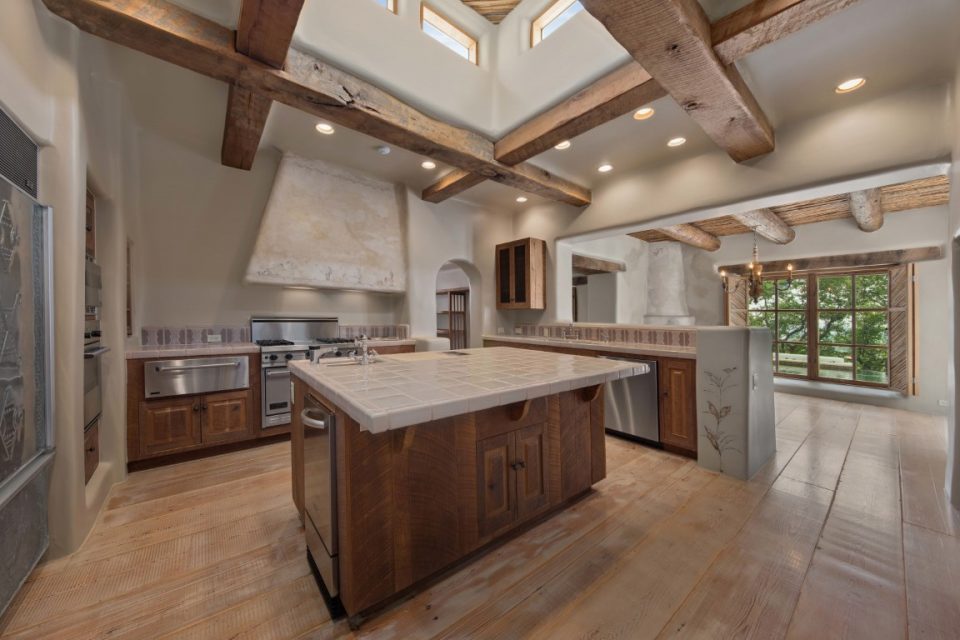 There is a chef’s kitchen and gym with separate bath and sauna. 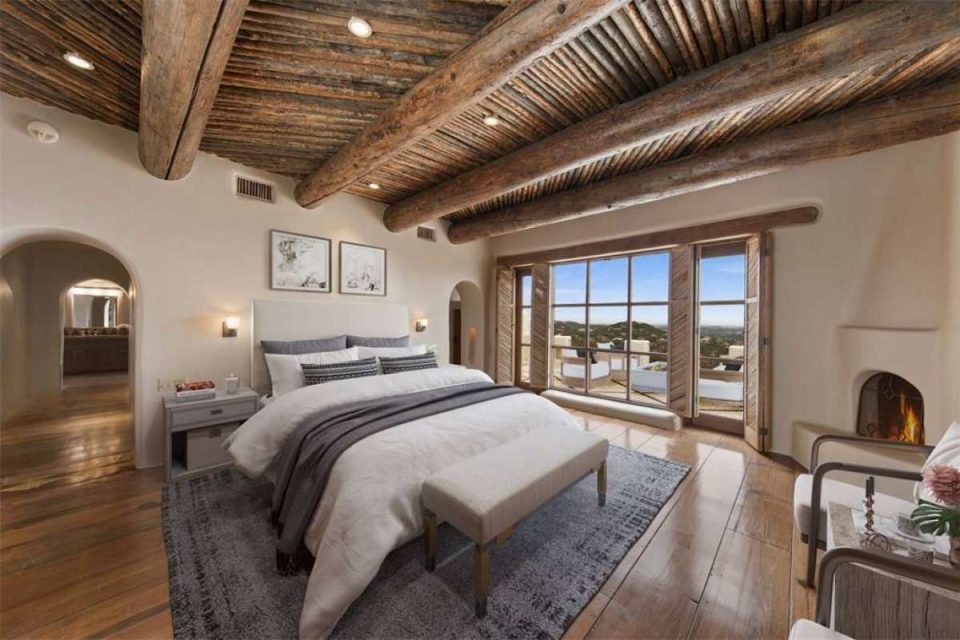 Each bedroom is ensuite with its own fireplace. 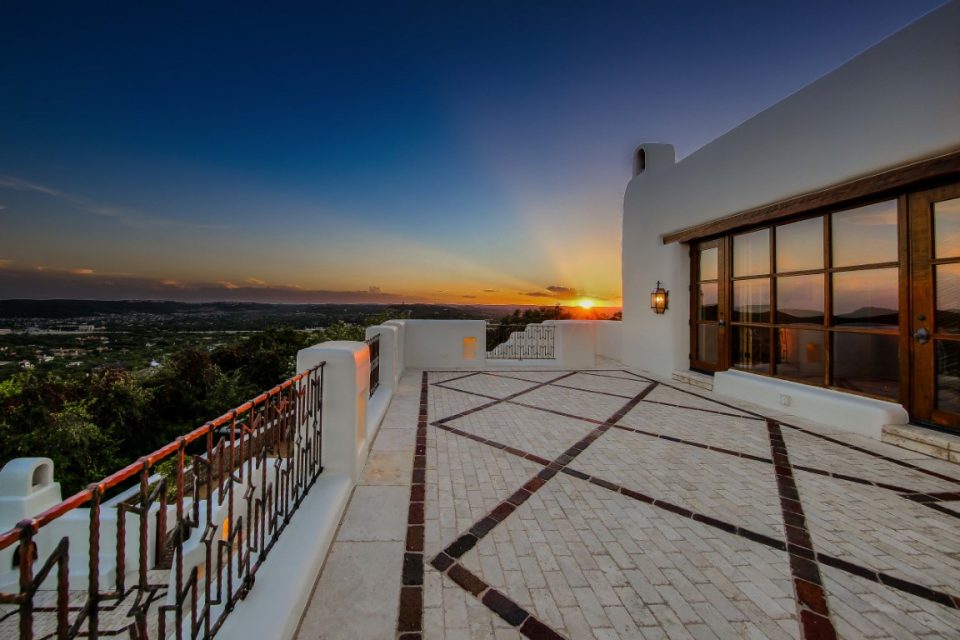 All terraces have scenic views. 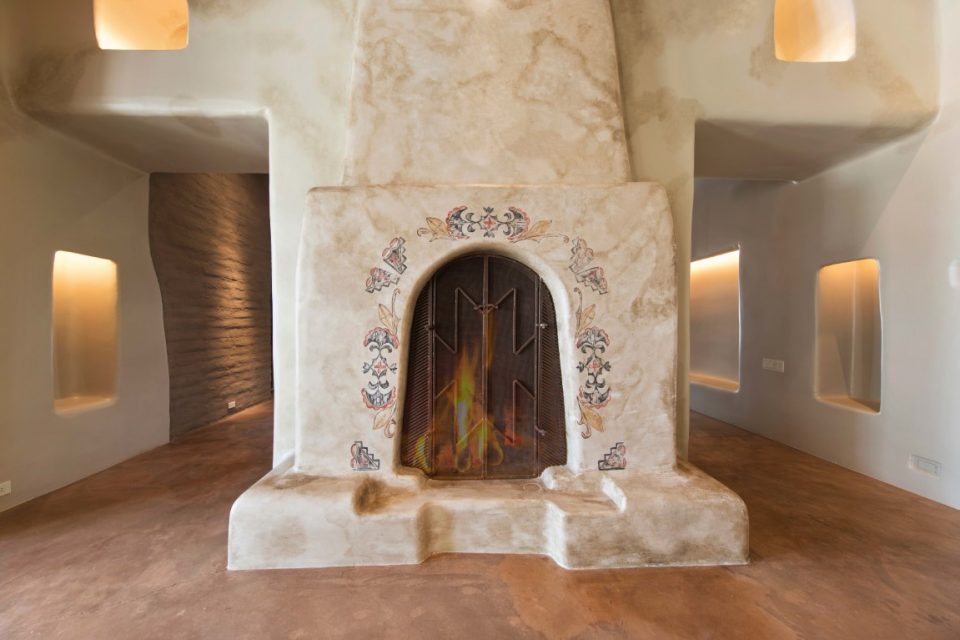 The home has 14 hand-sculpted fireplaces. 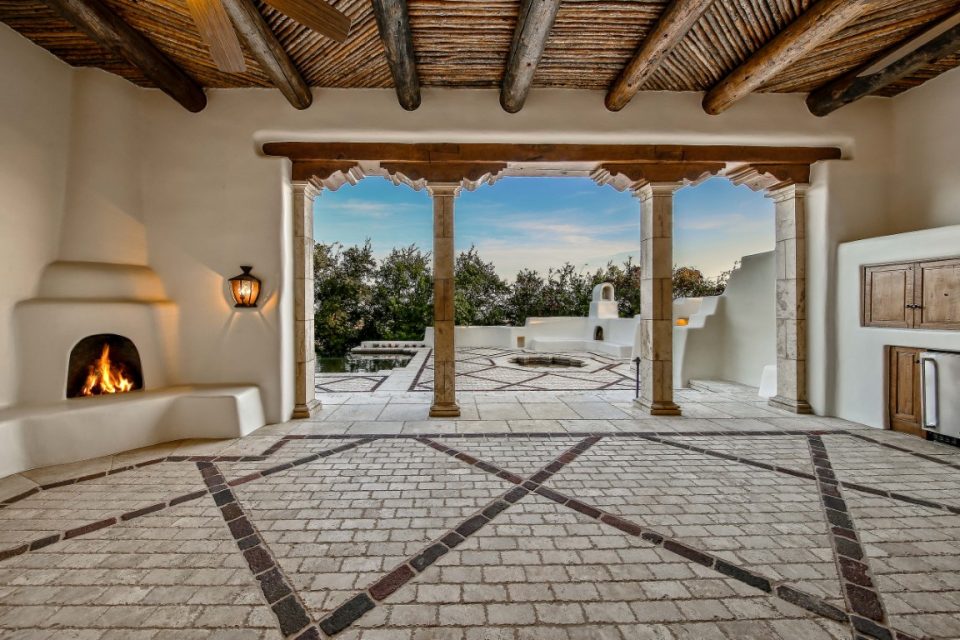 The casita has one bedroom and bath, living room and kitchenette. 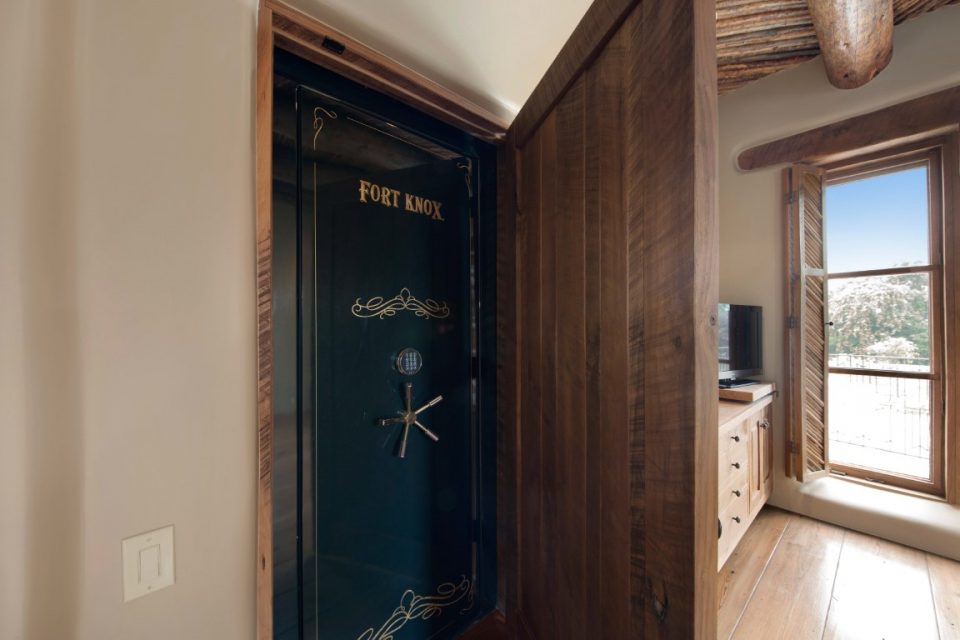 The safe room has a large walk-in safe. 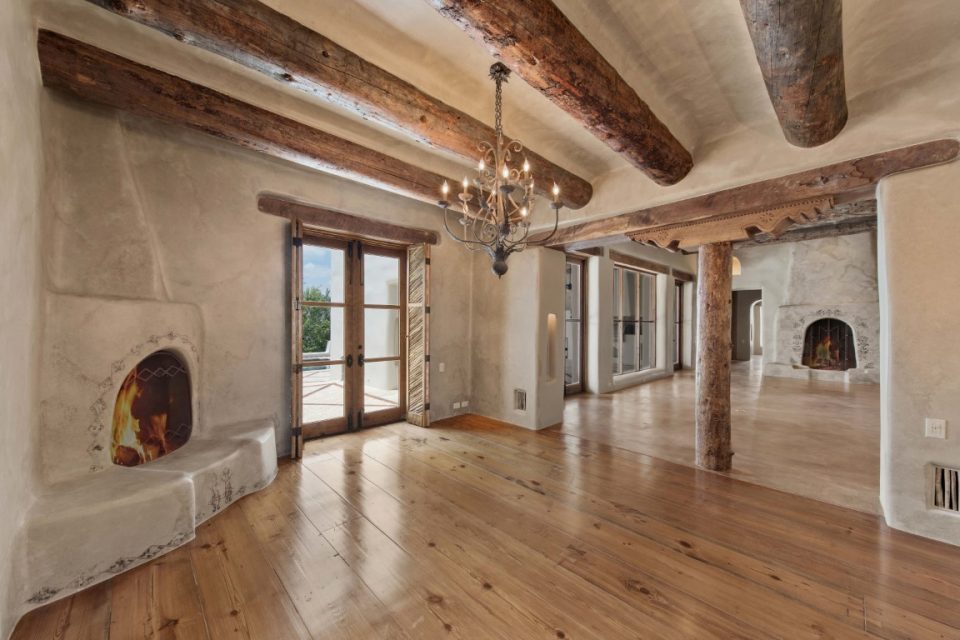 The home has undergone almost a complete update from the roof to new windows since 2020. 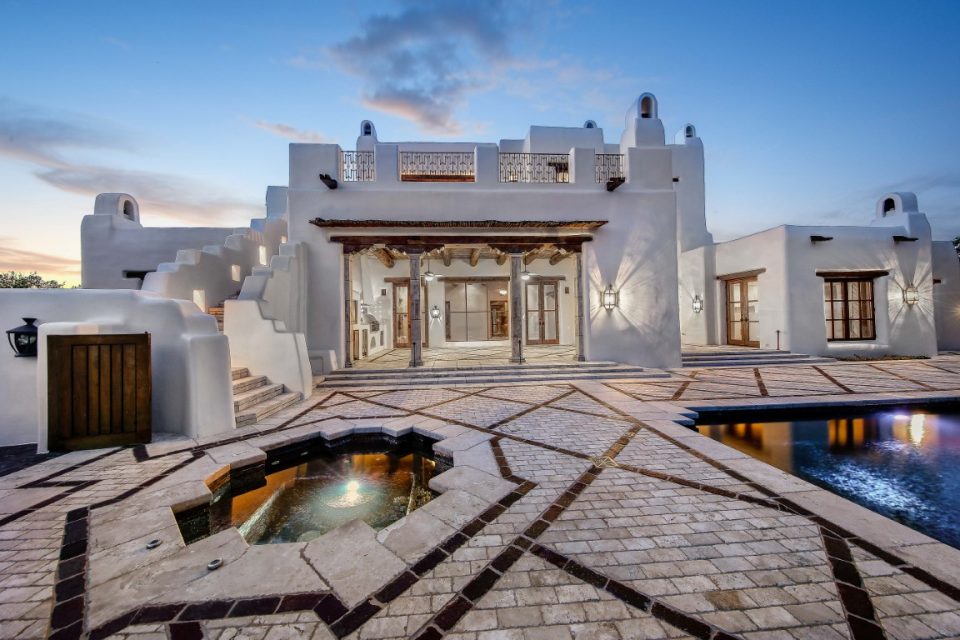 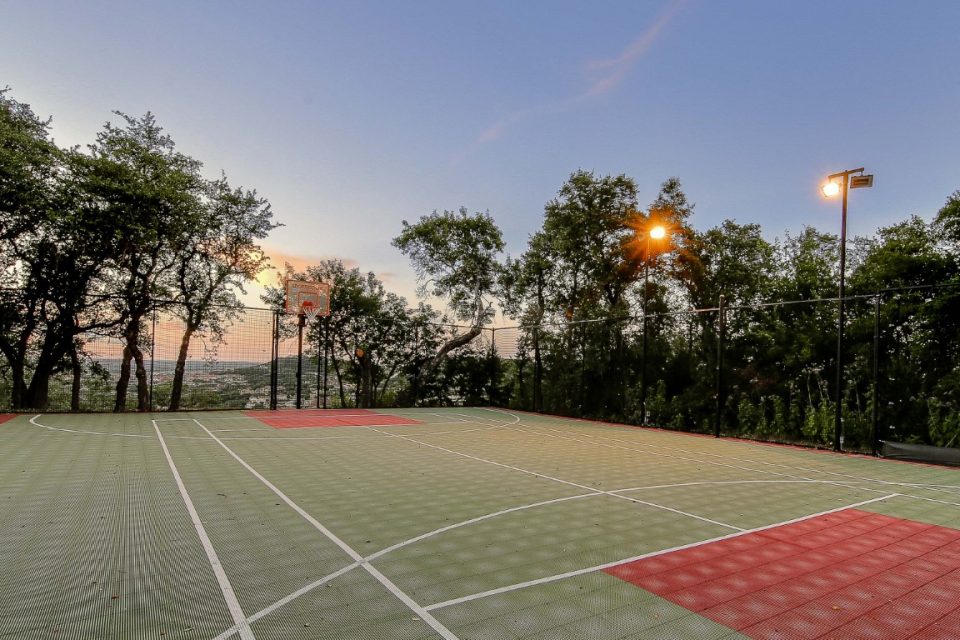 There is a large outdoor sports court. 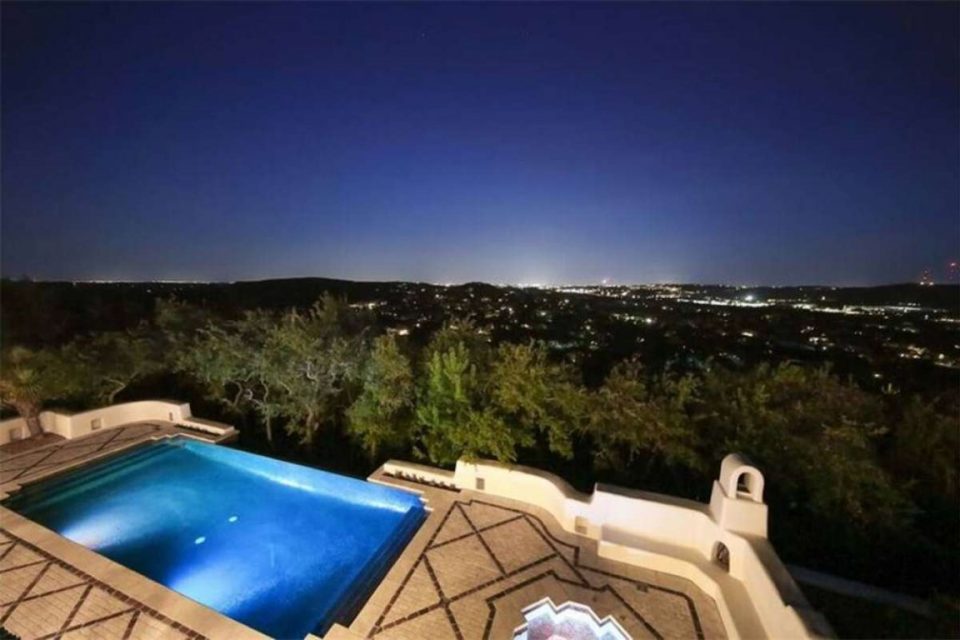 Views over San Antonio and the Texas Hill Country from the infinity-edged, glass-tile pool and spa catch the sunset and twinkling lights below.

Known to country music fans as the King of Country, George Strait is selling his bespoke adobe mansion in San Antonio on a 12.2-acre hilltop. Designed by sculptor-turned-architect, Bill Tull, the adobe mansion took two years to build. George’s home is priced at $7.5 million.

A powerhouse in country music, Strait has received more awards and honors than one can count. He holds the record for the most #1 albums and singles, gold albums, platinum albums and multi-platinum albums in the history of country music. He is also the only performer to have the largest number of number one songs and top five songs than anyone in music history and is the only one in any music genre to have songs in the top 10 for 30 years in a row. In 2006, Strait was elected into the Country Music Hall of Fame. One of the most interesting things about his stellar success is that he did it without Nashville. Though invited to be a member of the Grand Ole Opry, he turned it down, knowing that continuing to live in Texas, instead of Nashville, wouldn’t be fair to the Opry. Instead, he did it his way - by writing and singing songs that connected with people. Strait has sold over 70,000,000 albums in the U.S. alone.

Strait and his wife, Norma, bought the land in the upscale Dominion Country Club neighborhood of San Antonio in the mid-1990s. After deciding on sculpture/architect Bill Tull, Tull moved his staff to San Antonio where they resided for the two years the home was under construction. The 7,925-square-foot mansion, with its scenic views, has 14 hand-sculpted fireplaces, four bedrooms and seven baths. The main residence consists of three bedrooms and six baths plus a fully self-contained casita with one bedroom and bath, living room and kitchenette. Each main house bedroom is ensuite with its own fireplace. The master suite has separate his-and-hers bathrooms and closets and two fireplaces. Additionally, there is a chef’s kitchen, gym with separate bath and sauna and multiple venues for dining and entertaining large groups, both inside and outside on paved terraces. Views over San Antonio and the Texas Hill Country from the infinity-edged, glass-tile pool and spa catch the sunset and twinkling lights below. The home has undergone almost a complete update from the roof to new windows since 2020. Outstanding design features include stained-glass windows, artist murals, earthy saguaro cactus rib shutters, and walls of imported adobe.

Still going strong, Strait has two concert dates rescheduled in 2021 due to Covid. The first is scheduled for July 31st in Minneapolis with guests Chris Stapleton and Little Big Town and the second at Notre Dame Stadium in South Bend on August 7th. Special guests at his “Strait to South Bend” show will be Chris Stapleton and the Brothers Osborne.

Johnny Depp’s French Village Might Be Coming Back To Market!

Johnny Depp appears to be ready to relist his stunning French village estate. According to a recent media report, Depp...Read More