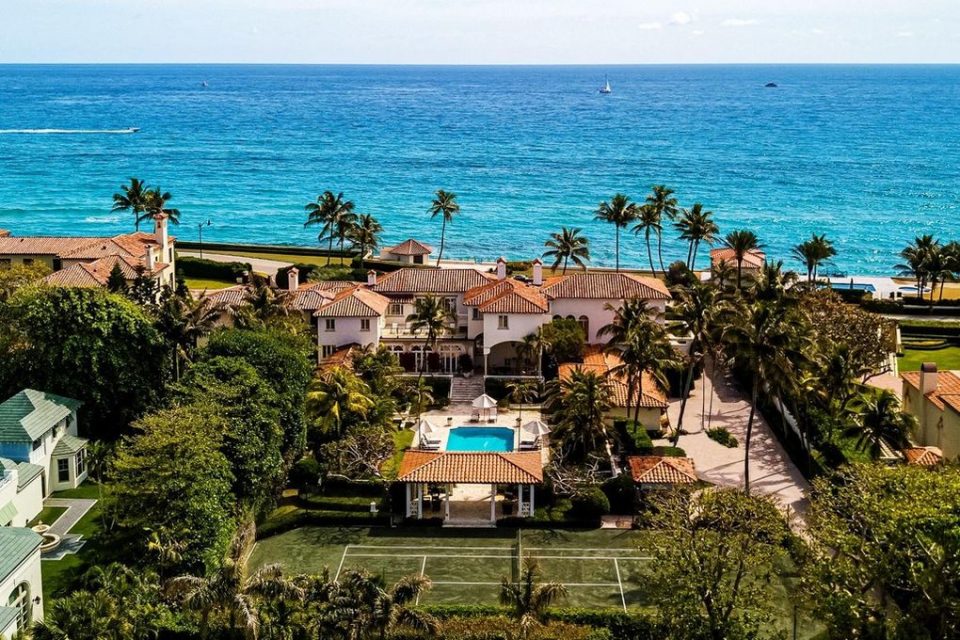 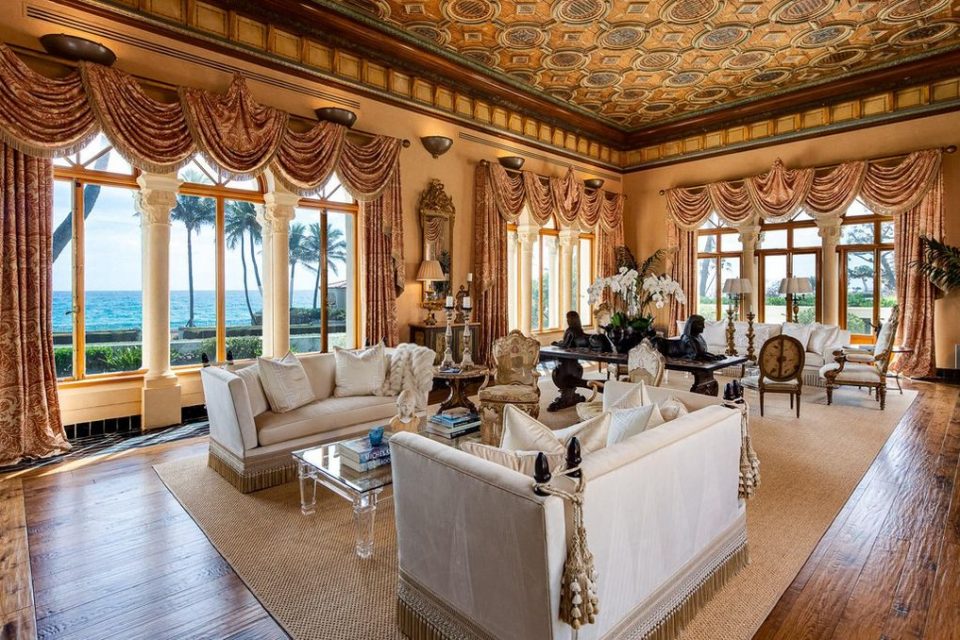 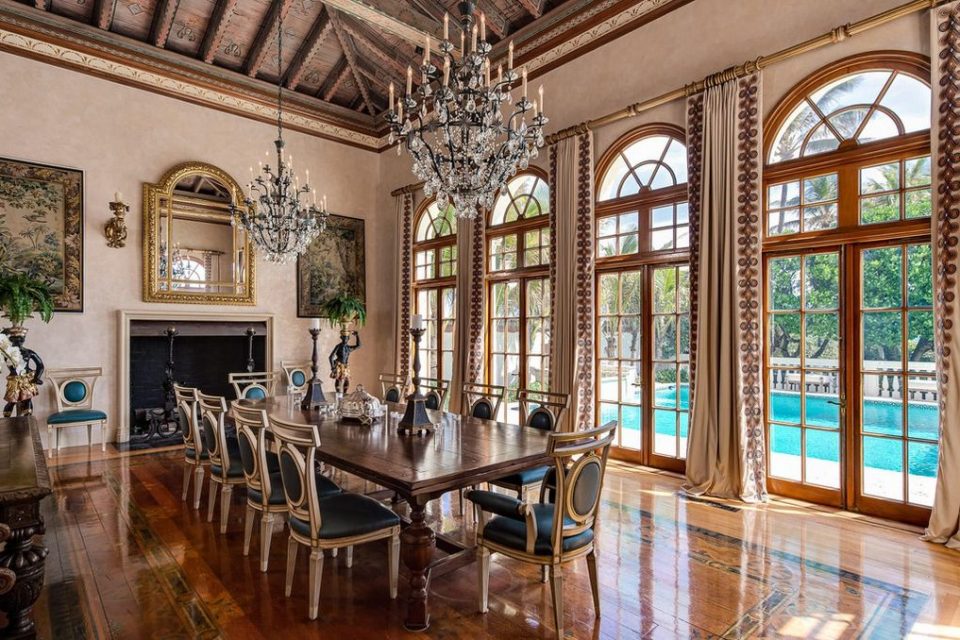 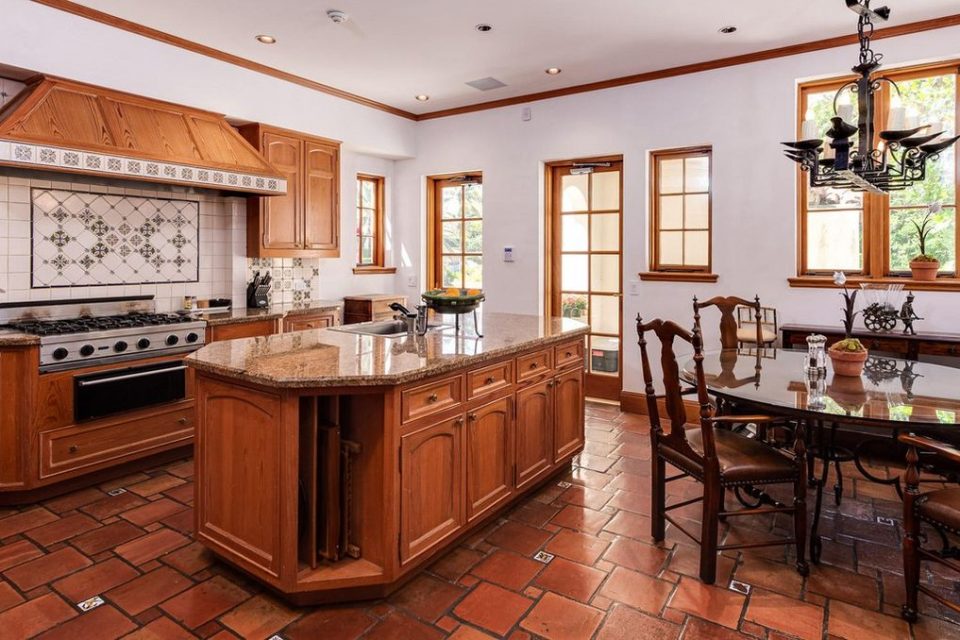 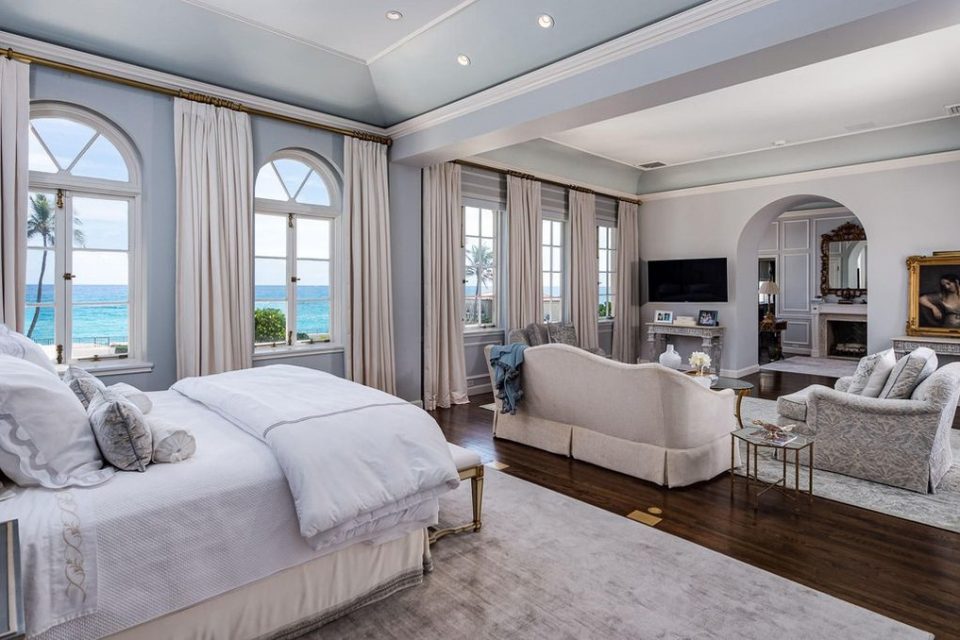 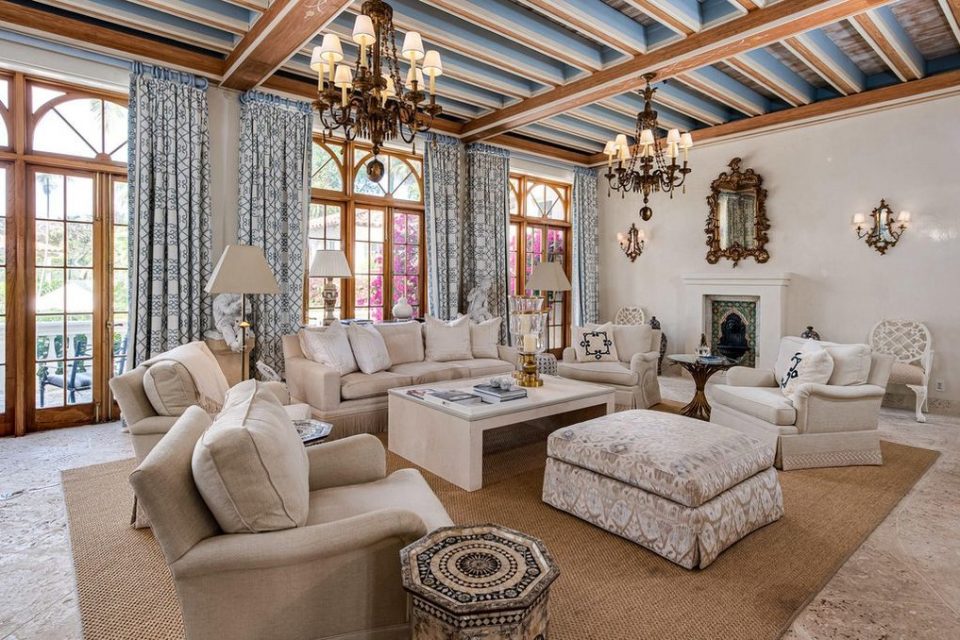 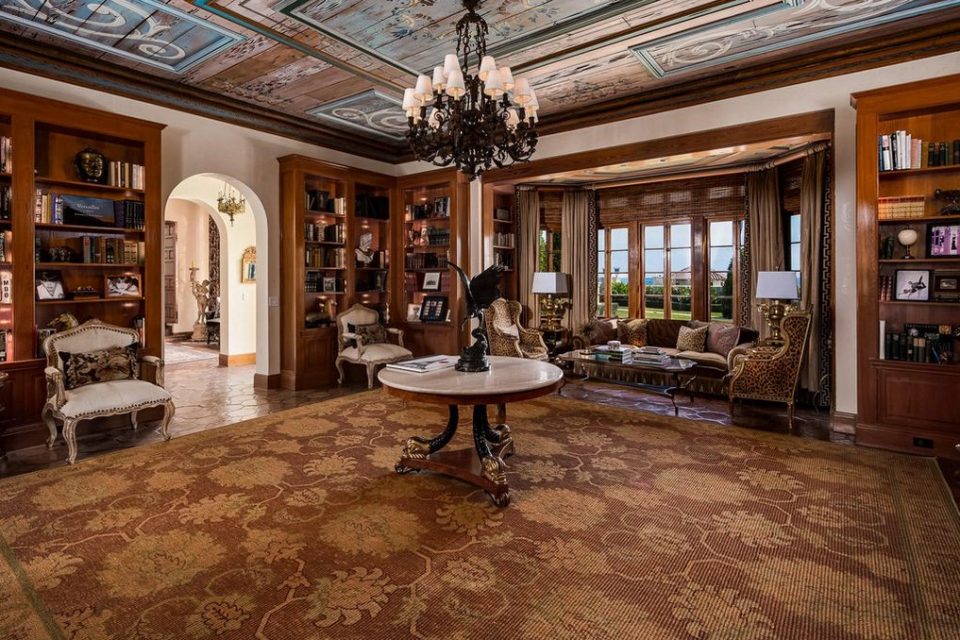 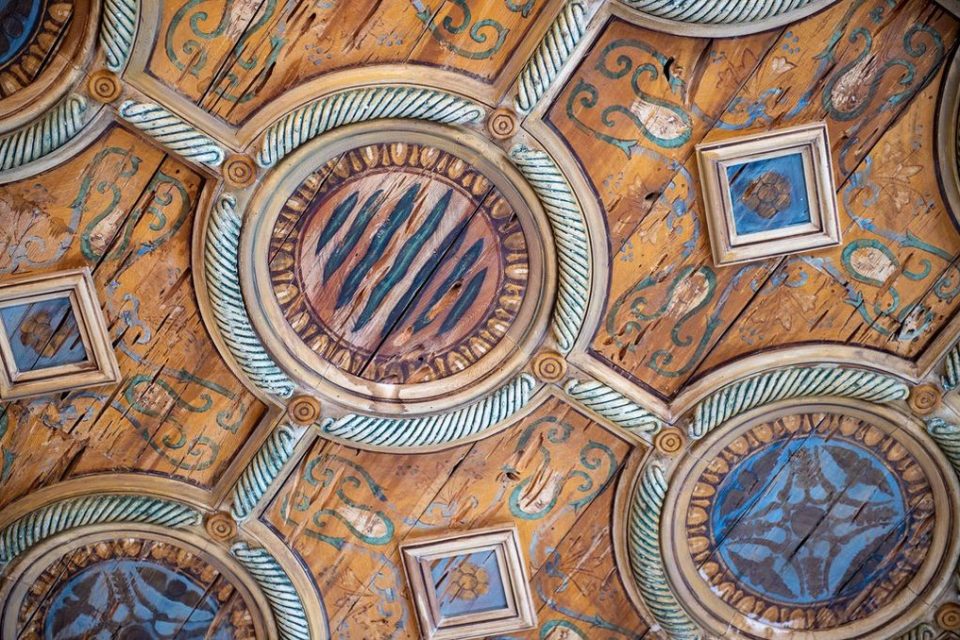 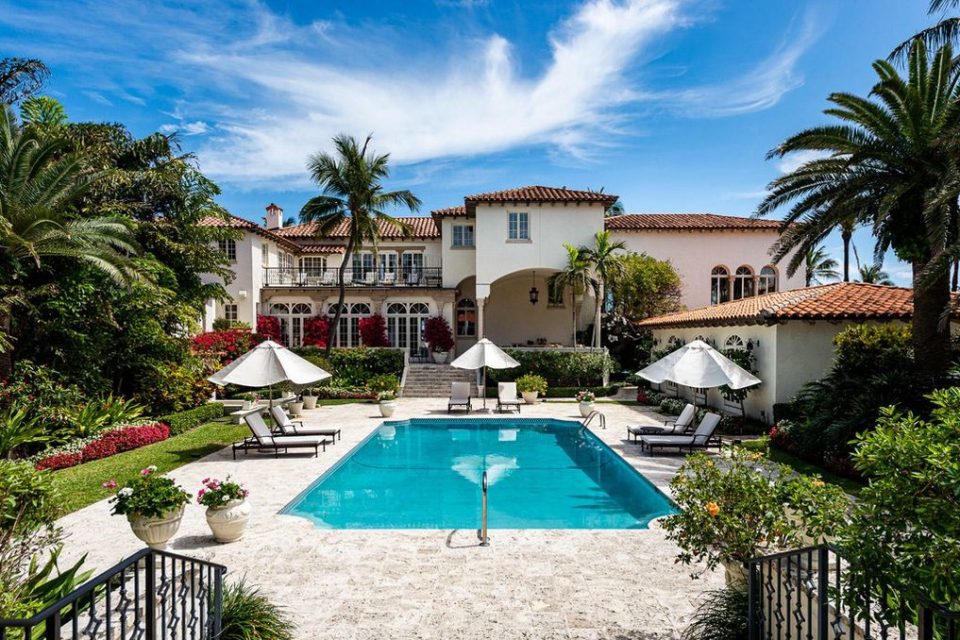 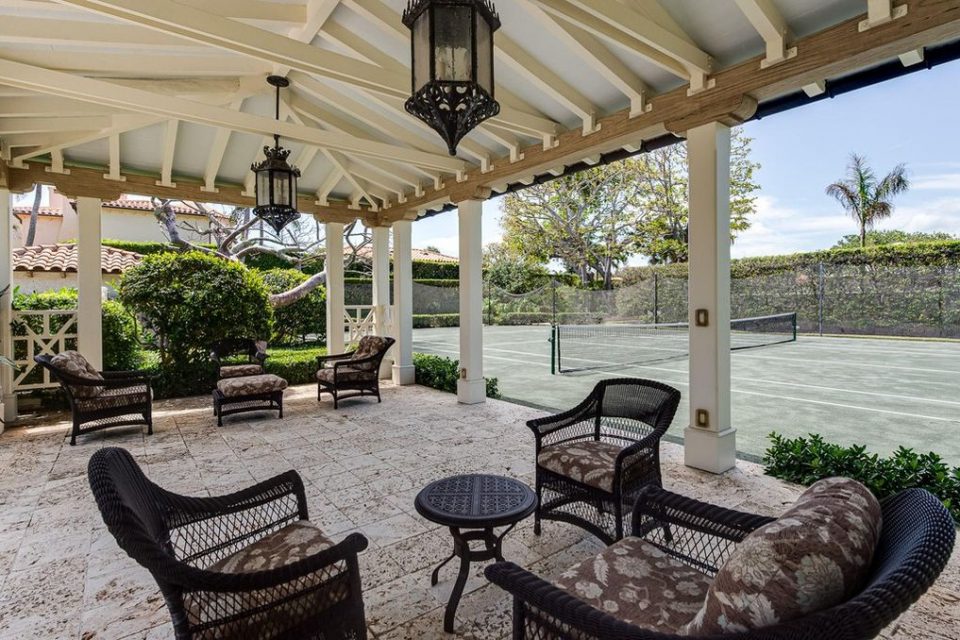 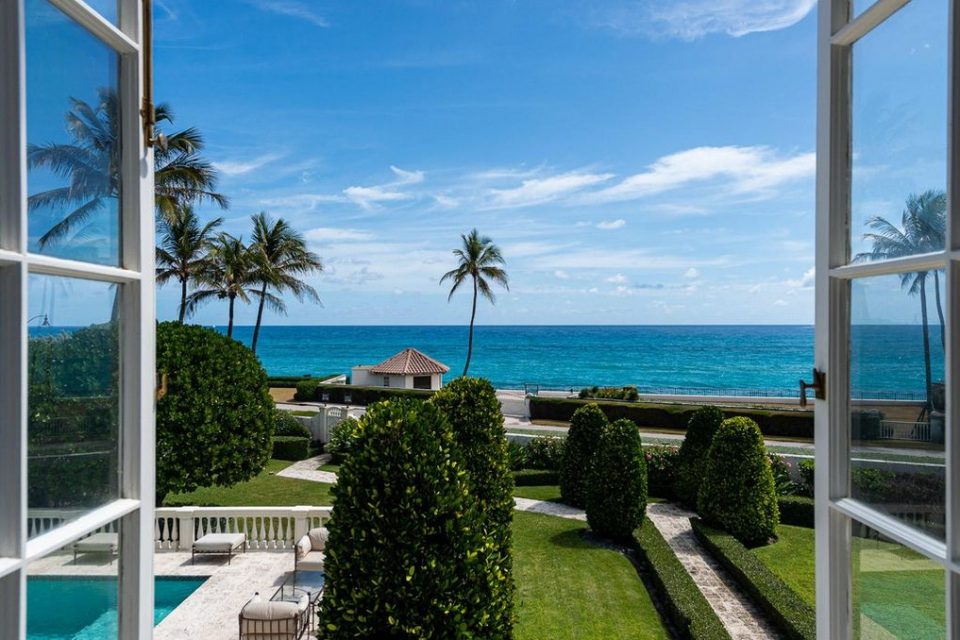 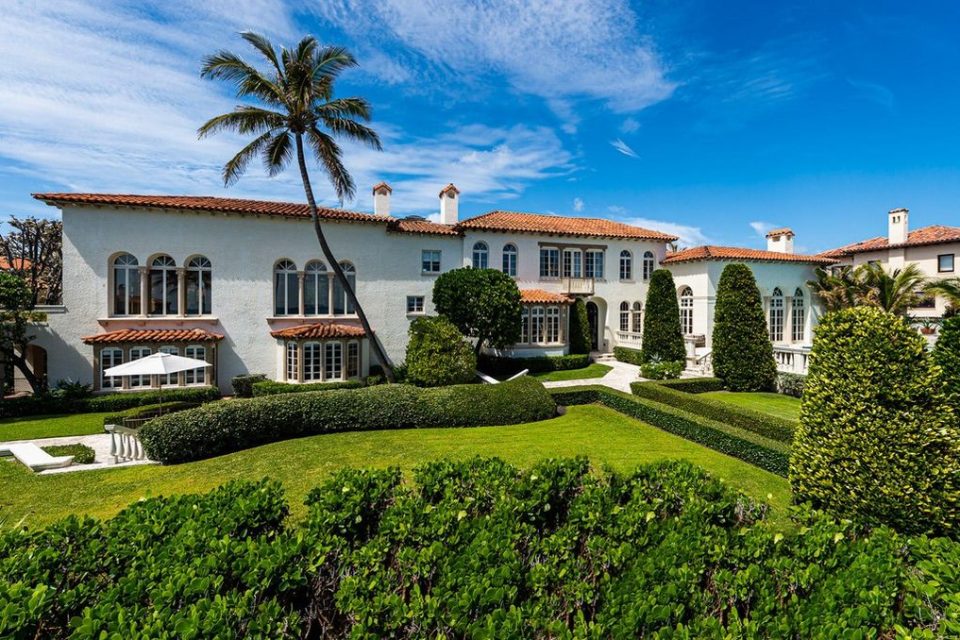 In 1980, the same year John Lennon was shot and killed outside his Dakota apartment building in New York City, he and wife, Yoko Ono, bought a beautiful oceanfront mansion in Palm Beach, Florida for $725,000.  They only owned the house for six months, long enough to decide how they wanted to renovate it, before they had to return to New York.  Sadly, it was the only time Lennon was able to enjoy it, as he was shot down before being able to return to Florida.  Later after John’s death, Yoko returned to Palm Beach to complete the renovations and sold it in 1986.  The home has recently been put on the market by its current owners for $47.5 million.

Designed by famed Palm Beach architect Addison Mizner and built in 1925, the 14,145-square-foot home, named El Solano, includes seven bedrooms and twelve baths in Mizner’s signature Old World Mediterranian style.  It was built during a period when craftsmen were brought in from Europe to build these homes with fine details, similar to President Trump’s nearby Mar-a-Lago.  The home also contains a gourmet eat-in kitchen, formal living and dining rooms, a den/library, fireplaces and wet bar.  Special touches include a hand-stenciled ceiling and the use of coquina stone accents.   Outside, are two swimming pools, a tennis court, unobstructed ocean views and 180 feet of beach across the street with beachfront cabana.  There is also a three-car garage and a guest house on the 1.9-acre property.

The rather formal elegance of Palm Beach has always drawn the super wealthy who feel more comfortable in the company of their peers.  It is estimated that 32 billionaires on Forbes list of 400 worldwide are residents or frequent visitors there.  Some include President Trump, who bought Post Cereal heiress Marjorie Merriweather Post’s Mar-a-Lago estate in 1985, Rod Stewart, Carl Icahn, Howard Stern and author James Patterson. Palm Beach was also where the Kennedy family owned their winter mansion since 1933. It was where President John Kennedy spent his last weekend at his father, Joseph P. Kennedy’s mansion, before his fatal trip to Dallas. 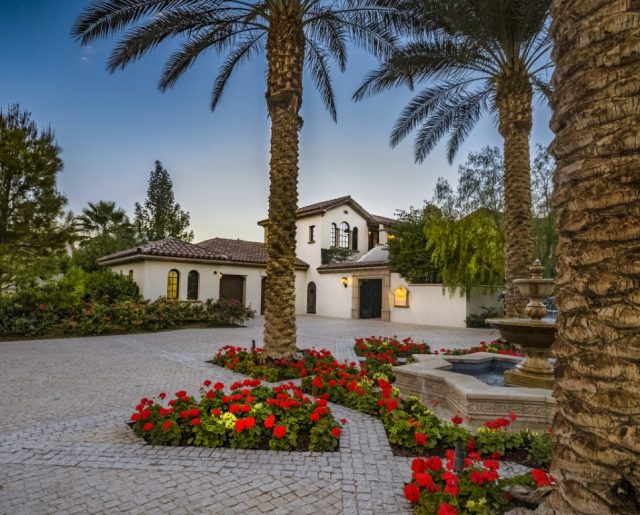 Sylvester “Sly” Stallone has not only smashed it as a leading actor, but also has an artistic side displayed in...Read More