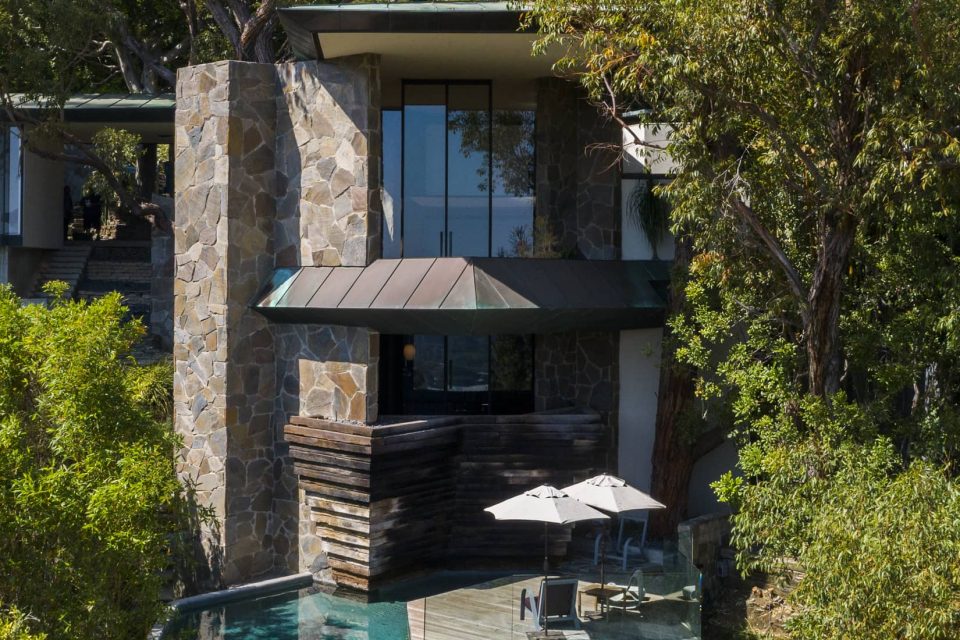 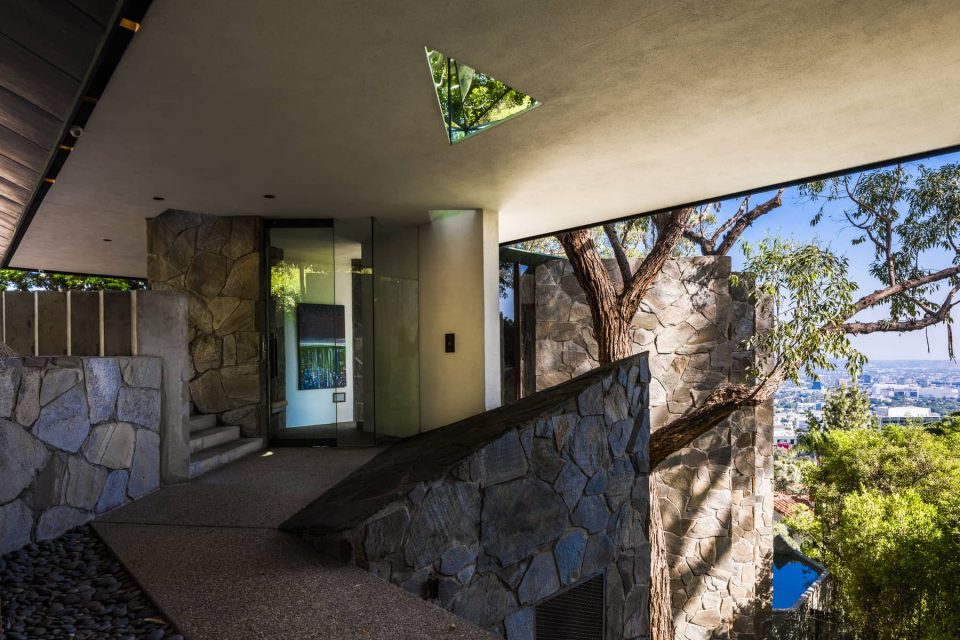 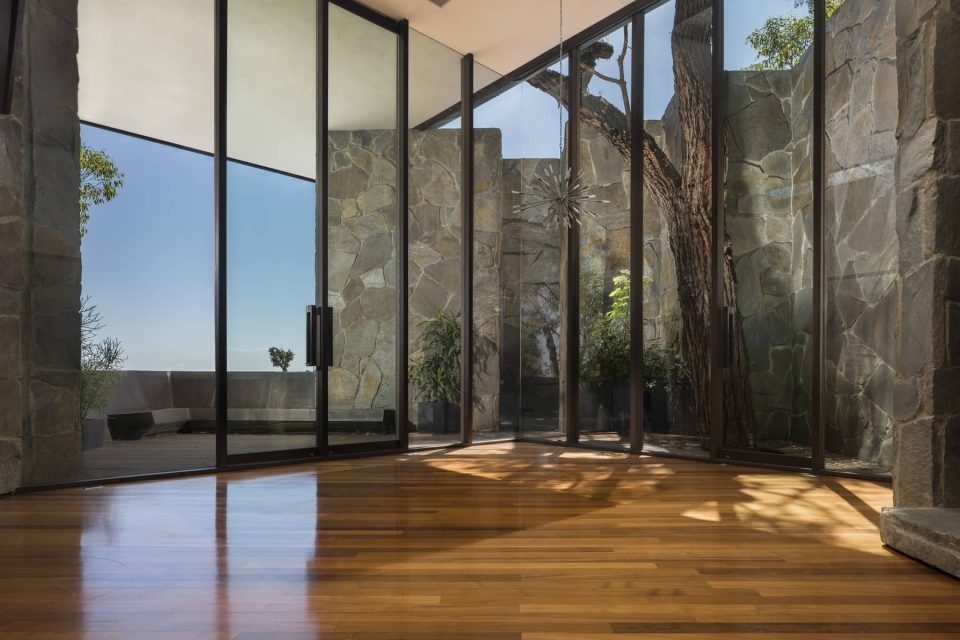 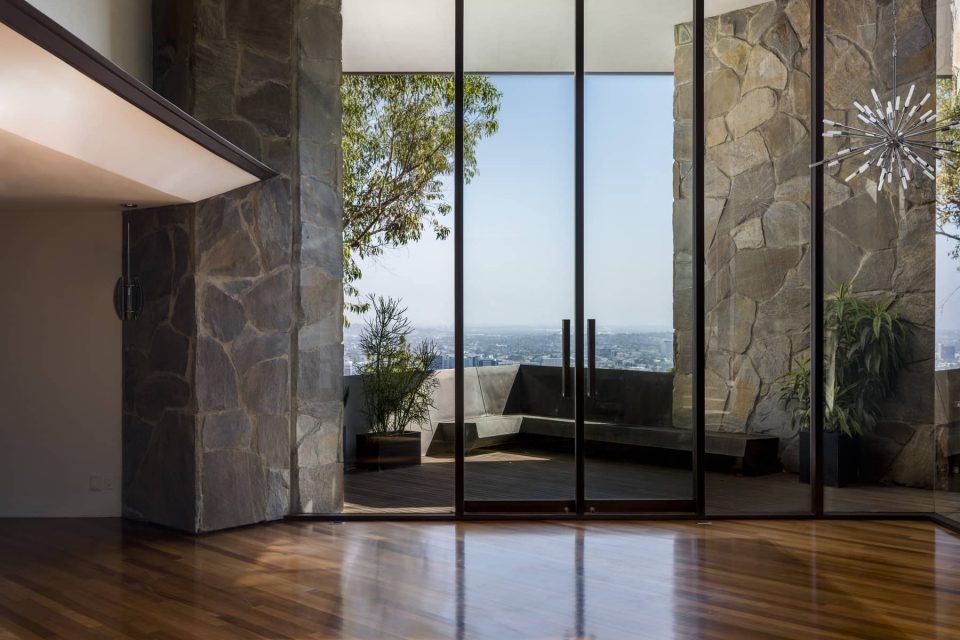 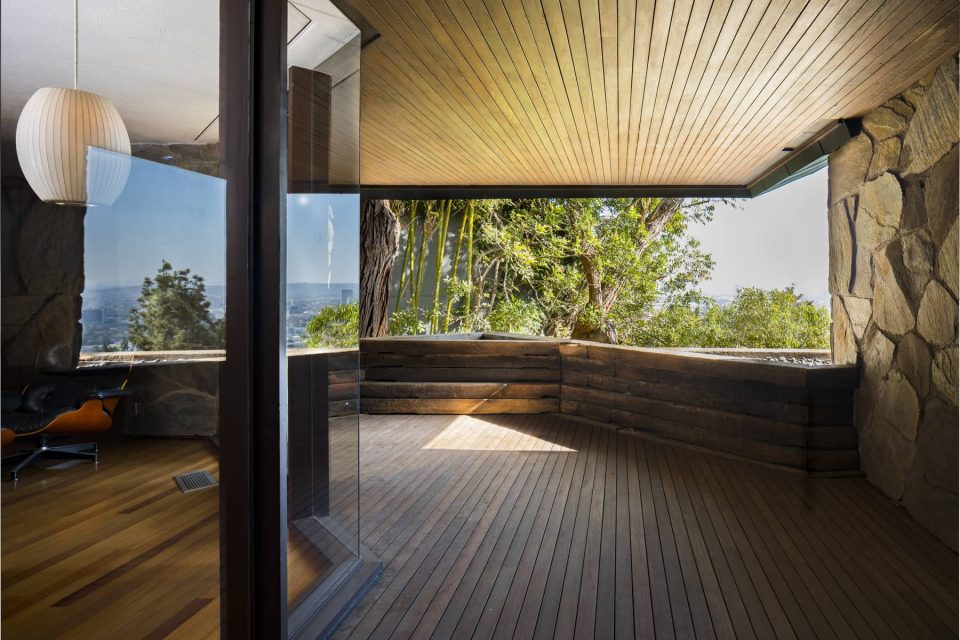 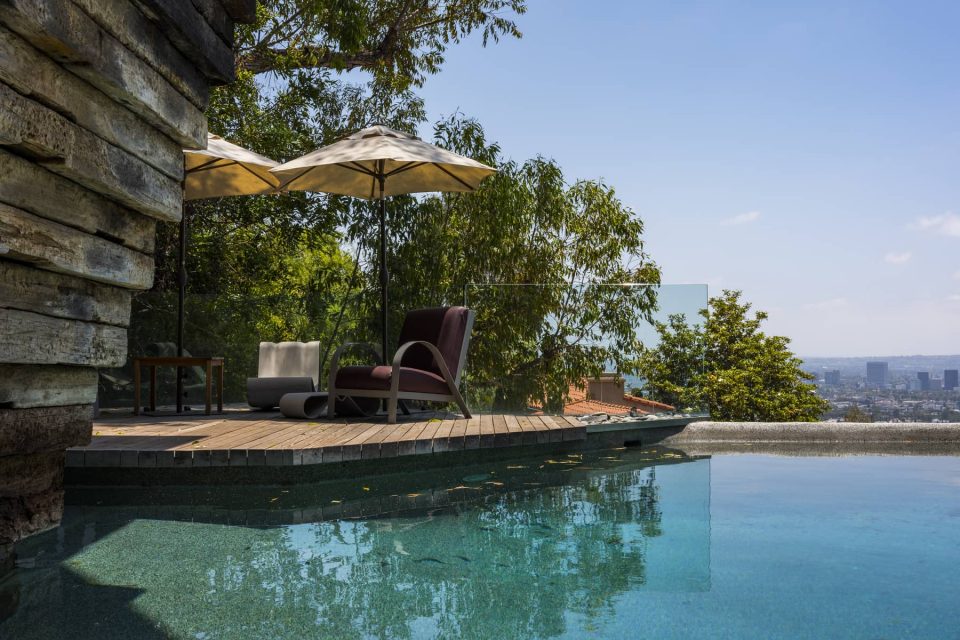 He was a student of Frank Lloyd Wright but with the overpowering drive to do things his own way and his way of approaching design was so successful his homes are as sought after today as when they were originally built. Upon leaving Wright’s tutelage, John Lautner told him that he would always be available to help him at any time he was needed. In future years he helped fix many of Wright’s projects that had gone awry, salvaging many Wright commissions from the brink of cancellation. Only one time did he emulate Wright and then only at the specific request of the concert pianist, Marc Wolff, Jr., who asked for a house designed in the concept of Wright’s Fallingwater. In 1961, overlooking Sunset Strip in the Hollywood Hills, he designed a house dramatically built in waterfall steps clinging to the mountainside on less than a quarter acre. Named after its owner, the Wolff Residence became one of Lautner’s most acclaimed homes. It is now on the market, priced at $6.5 million.

A stone, glass and copper structure of many terraced levels and a cantilevered swimming pool, it works its way up the mountainside in and around old eucalyptus trees and outcroppings of lush tropical foliage. The original house of 1,664 square feet was built as a stack of rectangles in various positions with the bachelor status of its owner in mind with a one-bedroom master suite on the middle floor, the dramatic living areas on the top floor and the pool with its black bottom and copper wrapped benches on the lower level two stories above the street. In 1970, Wolff decided he needed space for visitors and he rehired Lautner to design a 1,170 square foot guest house on the west side of the building with three bedrooms and two additional baths, giving the house today’s total of 2,834 square feet with four bedrooms, three and a half baths. One can only imagine the seductive vibe of the upstairs living room with its 16-foot glass walls, walls of natural stone, foliage within and without, sparkling lights of the city dimly lighting the room and a rhapsody wafting from Wolff’s grand piano. Earthy, intimate and with high drama, the Wolff Residence encompassed all of the inspiration needed for its creative owner and those who came after.

Lautner had a way of reading his client’s wishes while at the same time taking his designs over the top making a name for himself. Some of his most celebrated designs were the Bob Hope spaceship house in Palm Springs, the Elrod Residence, also in Palm Springs, where the James Bond Diamonds are Forever was filmed, his Chemosphere house in Los Angeles, which the Encyclopædia Britannica once called "the most modern home built in the world" and was also used as a frequent film backdrop, and at the pinnacle of his career, the Arango Residence in Acapulco.

John Lautner’s stunning stone-and-glass, waterfall-style Wolff Residence in Hollywood Hills is on the market. Designated a Historical Cultural Monument by the Los Angeles Cultural Heritage Commission and also listed as a California State Monument, the home is eligible for Mills Act tax benefits. Priced at $6.5 million, the listing agents are George Salazar and Tilsia Acosta of Berkshire Hathaway, Los Angeles. 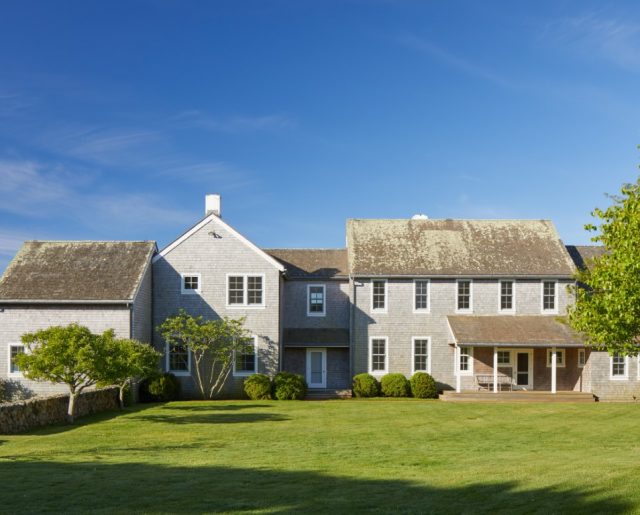 After being first lady and JFK’s tragic death in 1963 and her second husband, Aristotle Onassis, died in 1975, Jackie...Read More