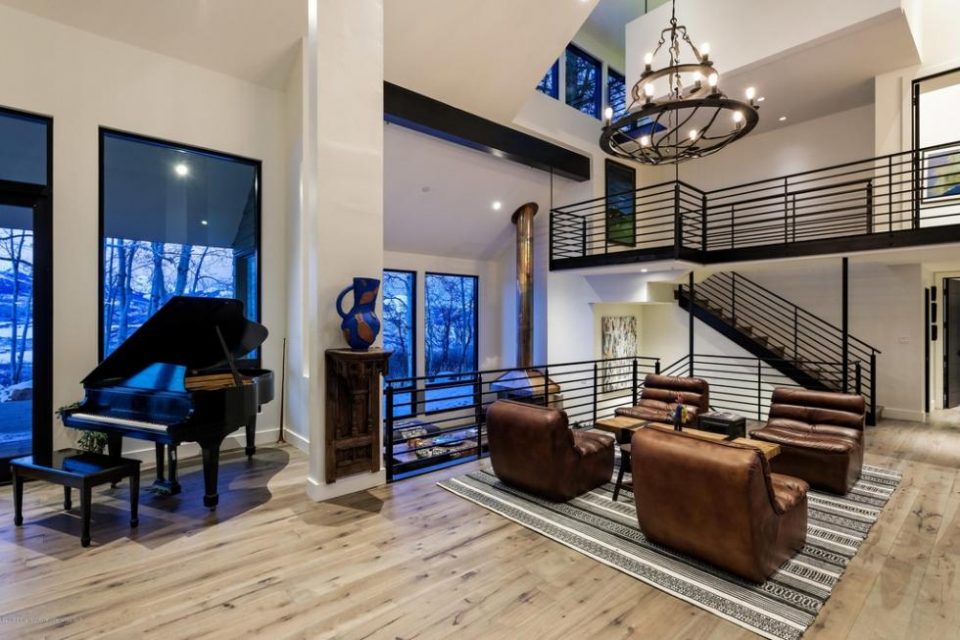 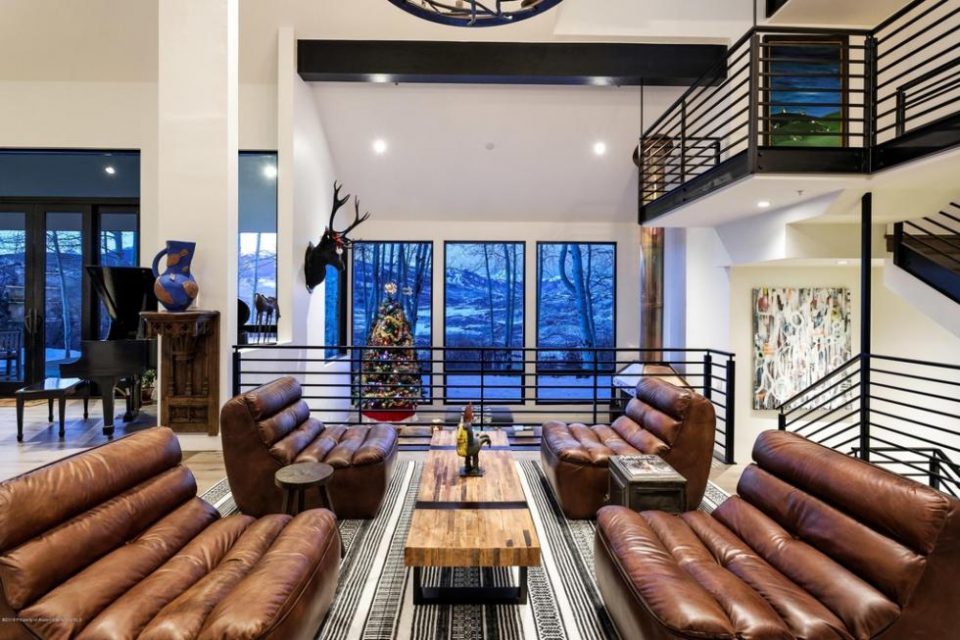 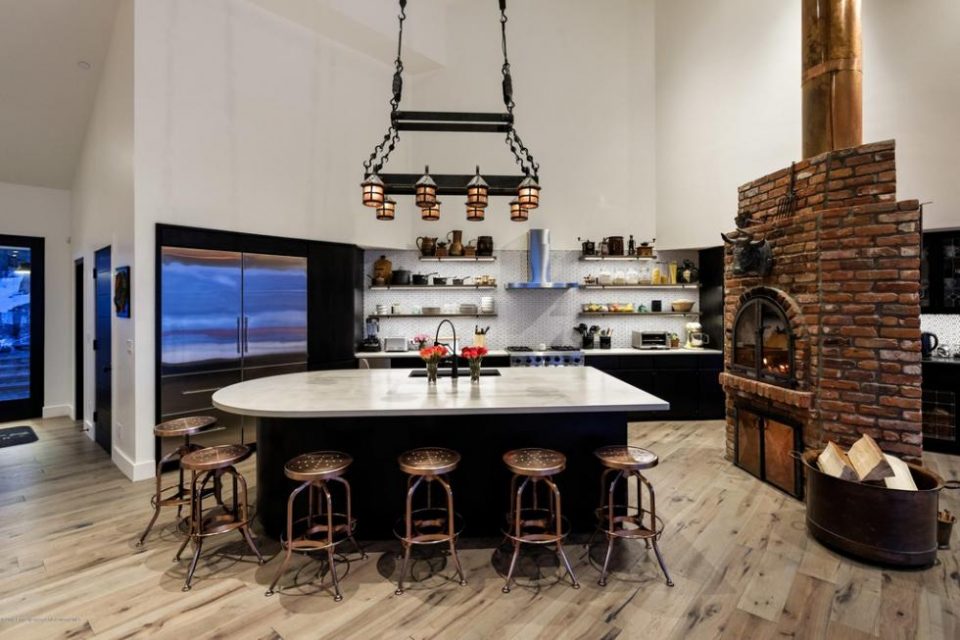 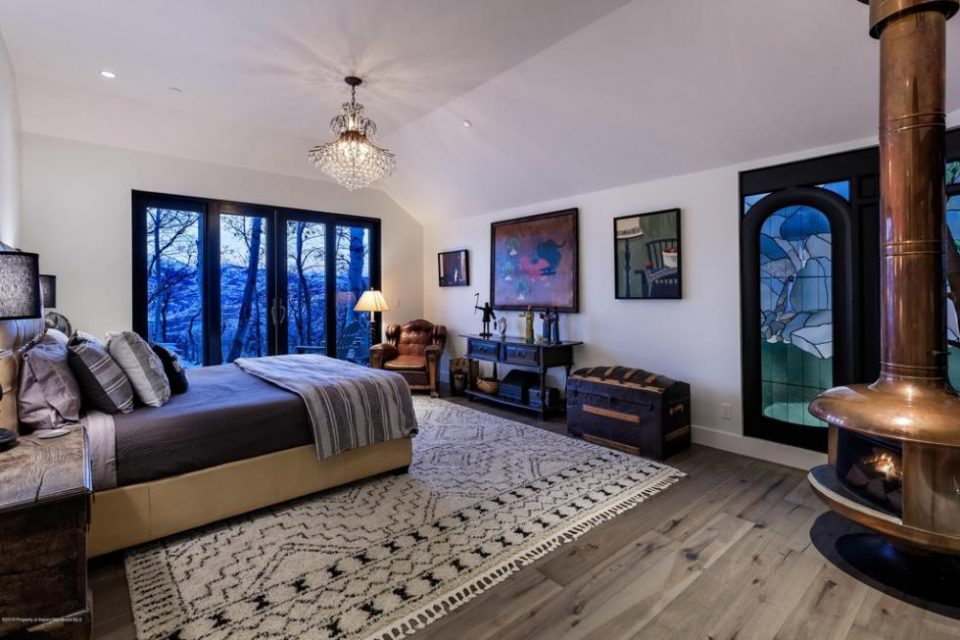 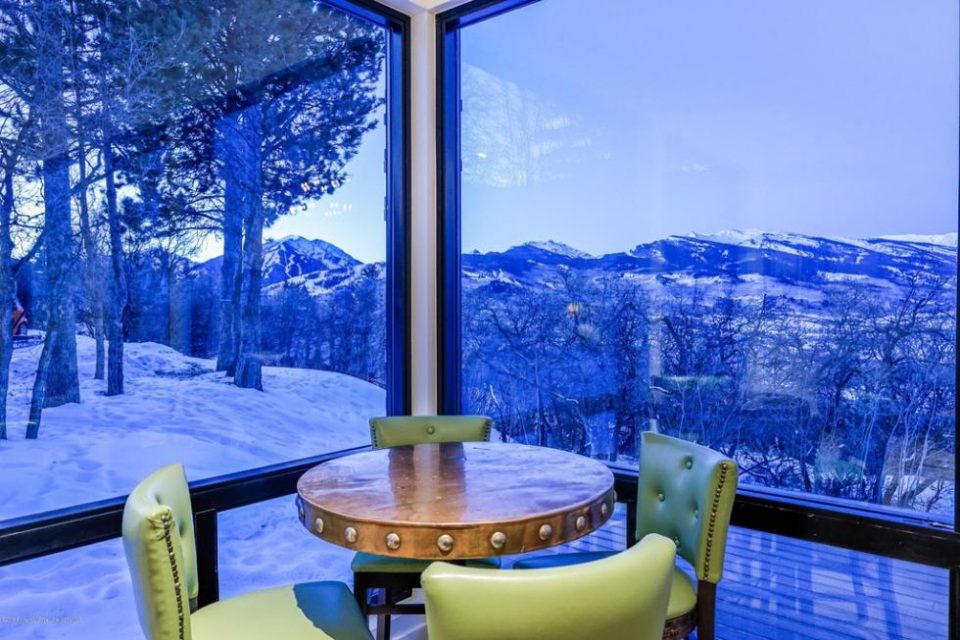 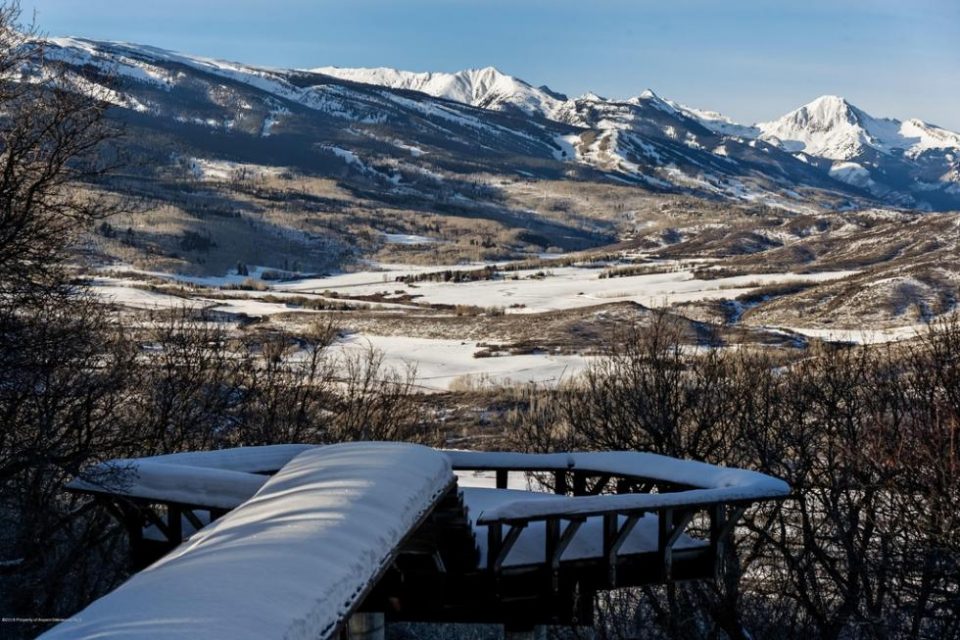 Colorado’s poet laureate and one of the baby boom generation’s favorite singers and songwriters, John Denver wrote and recorded over 300 songs from the 1960s into the ‘90s. Born in New Mexico in 1943 as Henry John Deutschendorf, John could have lived almost anywhere but chose Aspen overlooking the Rocky Mountains. He created his home, which he called "his sweet mountain paradise," in 1970 and wrote about it in his song Starwood in Aspen. After updating with major renovations and adding a bedroom, Denver’s former home is on the market, priced at $11 million.

Denver’s home was just as earthy and close to nature as the wooded land where it was sited, reminding one of a rather elaborate log house. However, future owners felt a modern interior would be a good contrast to the views of woods and mountains and started updating and restoring it in 1985. In 2016, the house underwent a massive restoration making it a white, bright space with new soaring windows, new roof, electrical, plumbing and floors. Retained were all of the original fireplaces with a free-standing, floor-to-ceiling fireplace in the kitchen in addition to the original stained-glass panels depicting mountain scenes. Measuring in at 7,735 square feet of living space, the home has five bedrooms, five baths and two additional half baths on 2.71 acres. Large open rooms with fireplaces abound throughout the house making it easy to entertain large groups both inside and out on the terrace under the stars. Included are a family/game room, gym, office and three wet bars. The guest house, where Denver maintained his recording studio, is not included in the sale as it has a separate owner. For those who would use it for a vacation home instead of a full-time residence, it also makes a good property for leasing out in unused months, being only minutes from three ski slopes and town shops. Now for sale, the home is listed at $11 million. The listing is held by The Bineau Team with Coldwell Banker Mason Morse in Aspen.

Denver died in 1997 while piloting his new experimental aircraft. Among the most well known of his approximately 300 recorded songs were the hits Take Me Home, Country Roads, Rocky Mountain High and Sunshine on My Shoulders. 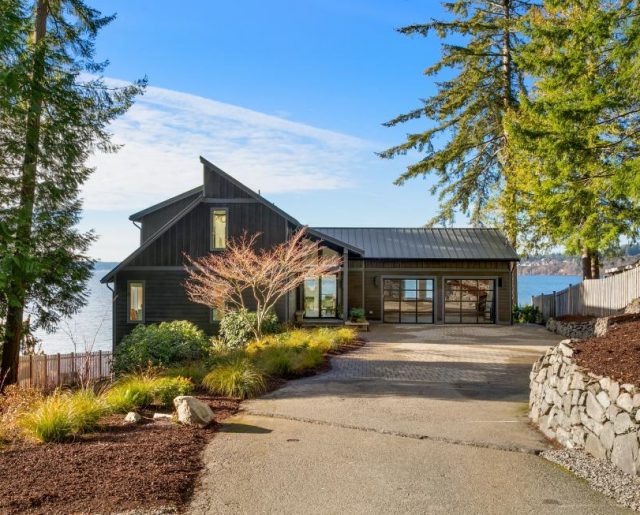 HGTV’s 2018 Dream Home! Millions watched to see if theirs would be the winning entry after filling them out every...Read More