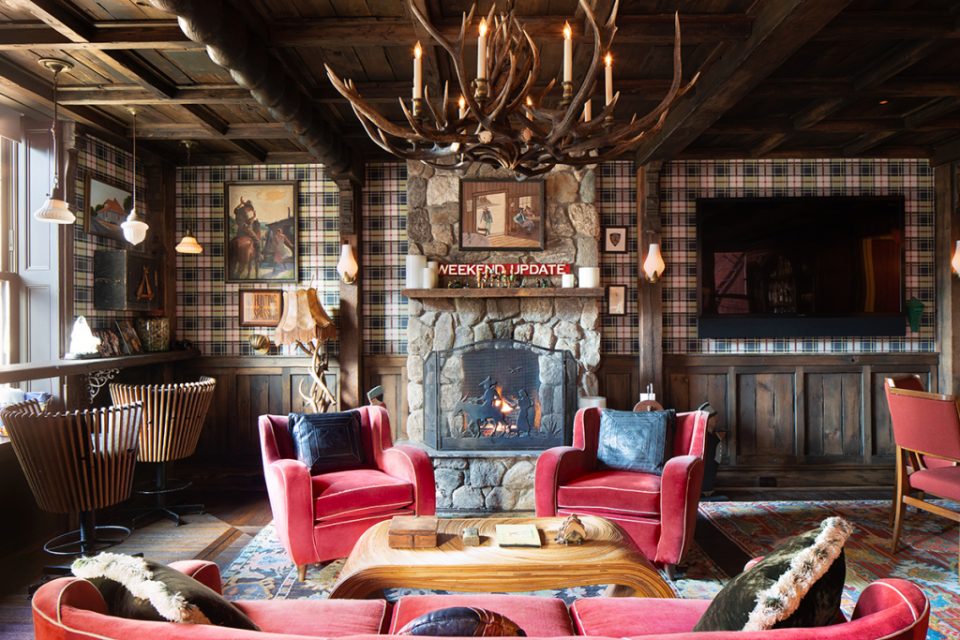 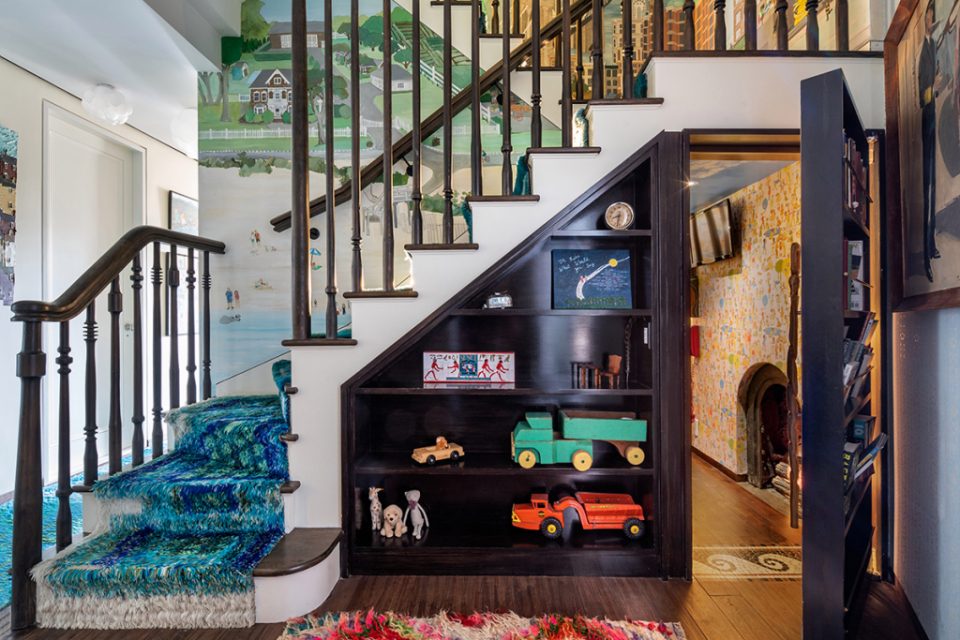 The Fallon penthouse triplex is filled with Unexpected eclectic combinations of color, pattern, texture and objects that begin in the foyer. 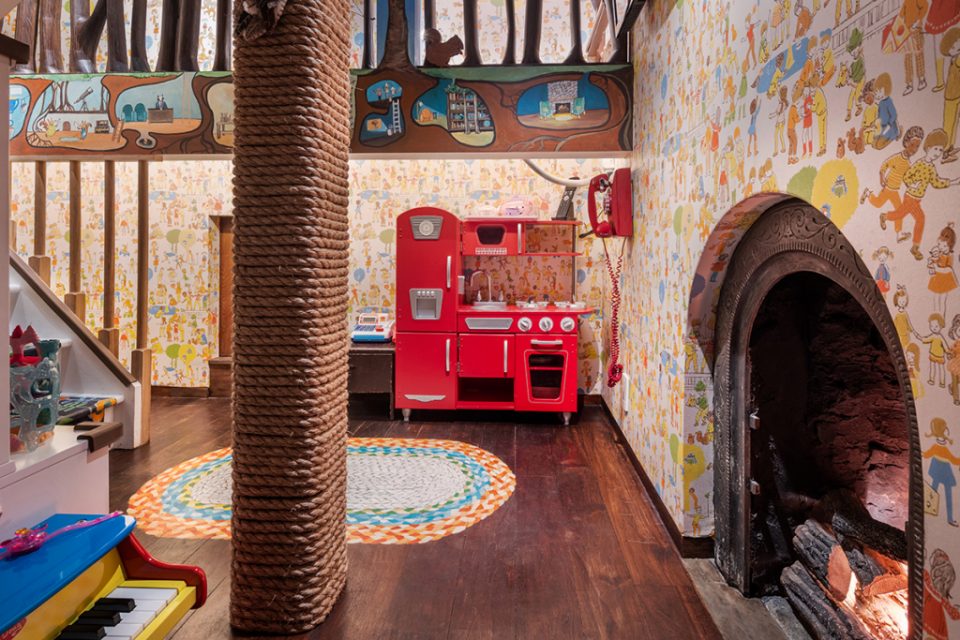 The triplex is child friendly and cheerful.

The main living areas are reminiscent of a mountain lodge. 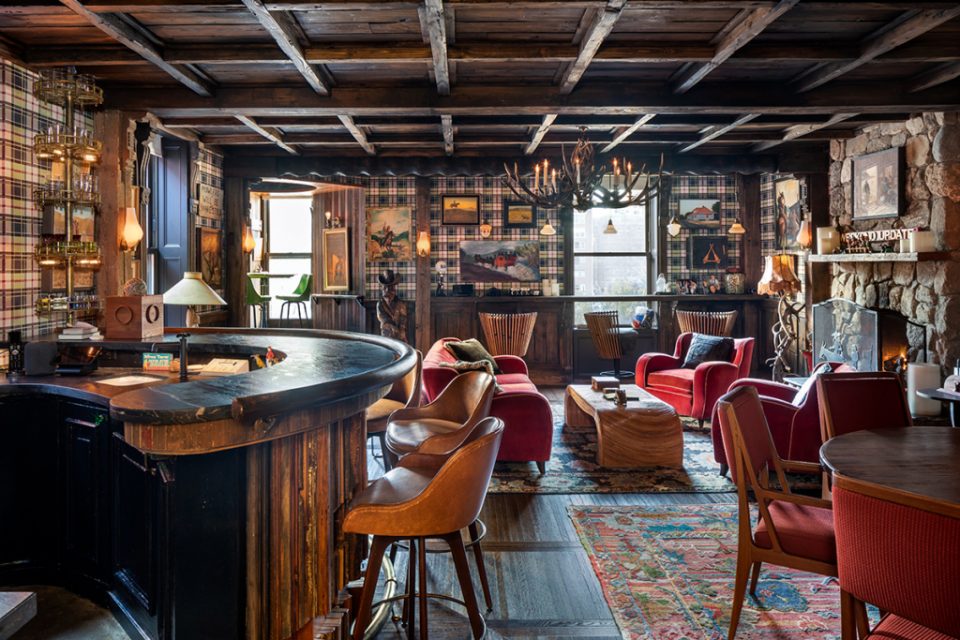 The living room has a fireplace that can be enjoyed through three seasons. 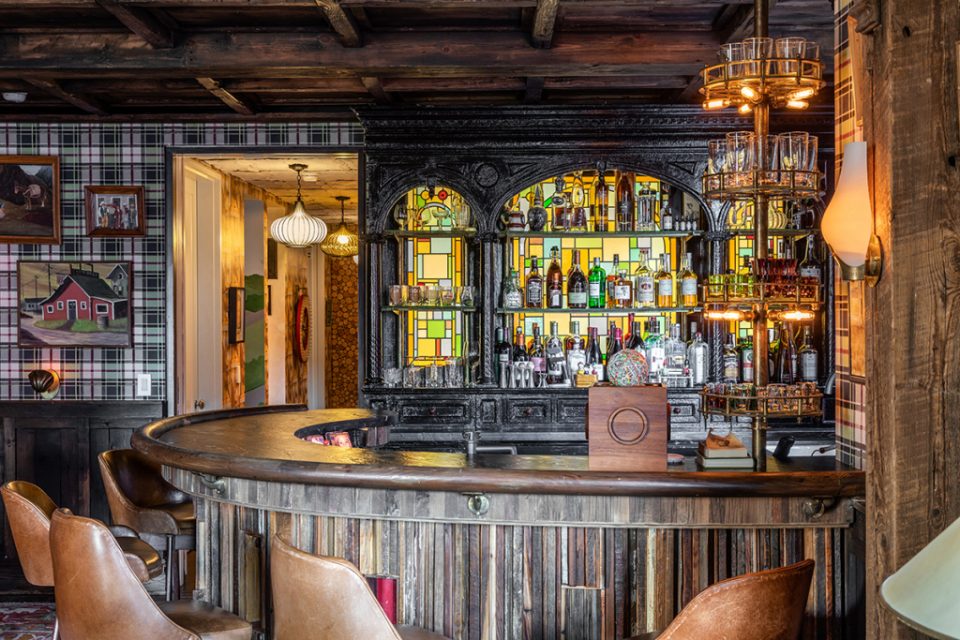 The circular bar in the main gathering room is perfect for entertaining guests. 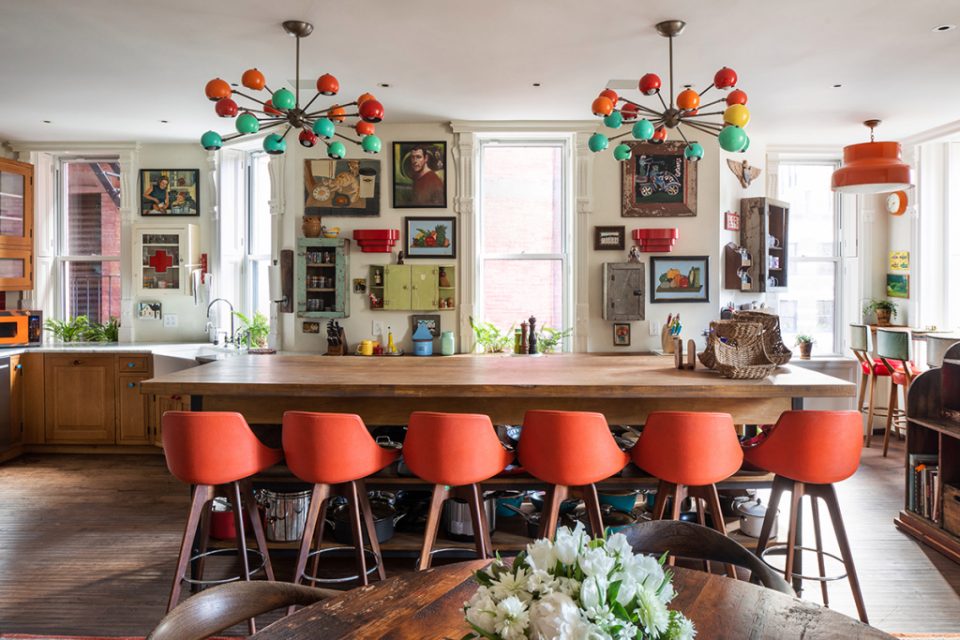 The sunny kitchen is filled with pops of color. 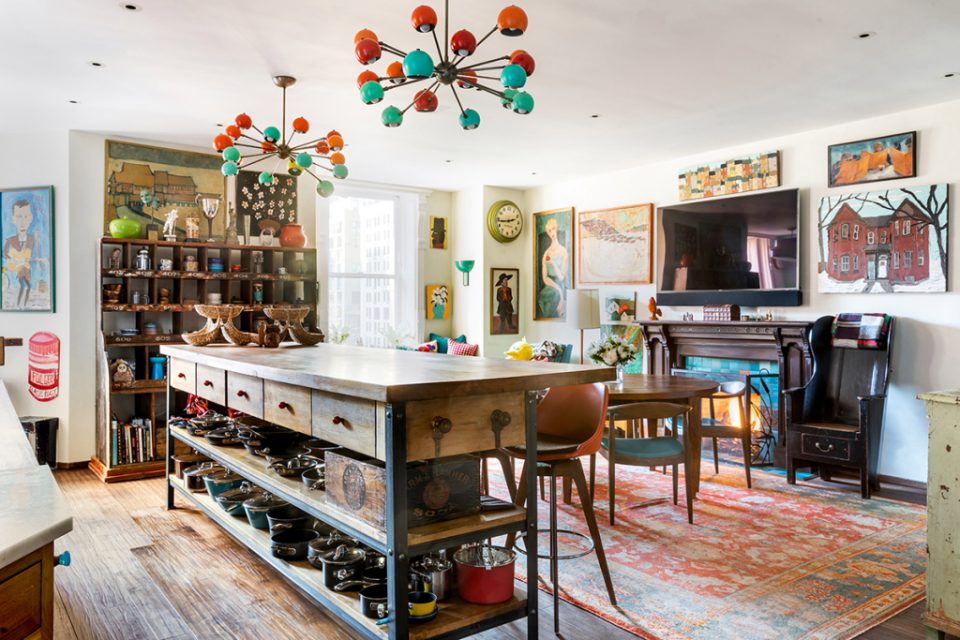 A kitchen fireplace makes it a great room to enjoy hanging out. 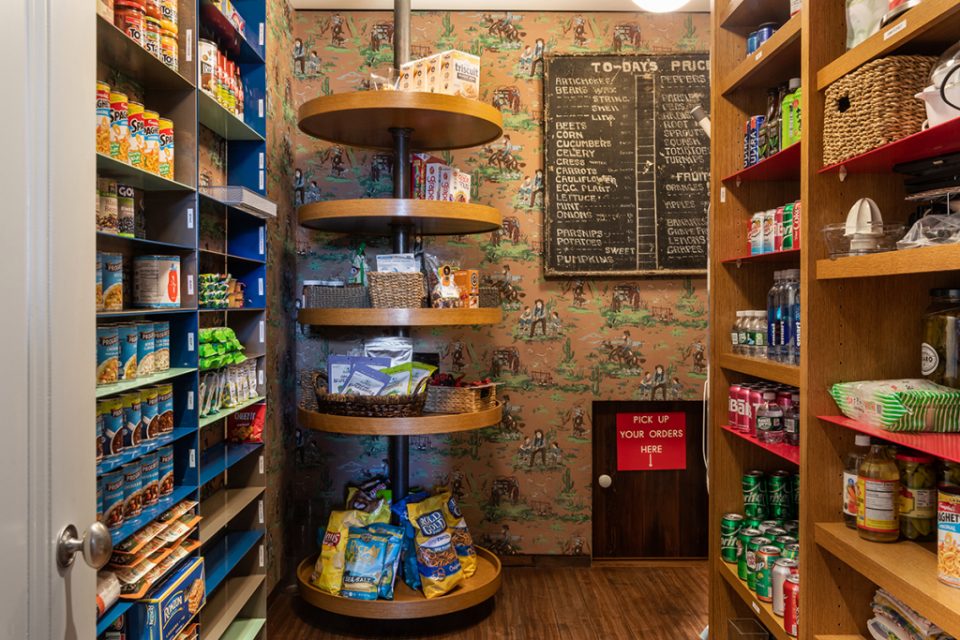 The large pantry is the envy of all serious cooks. 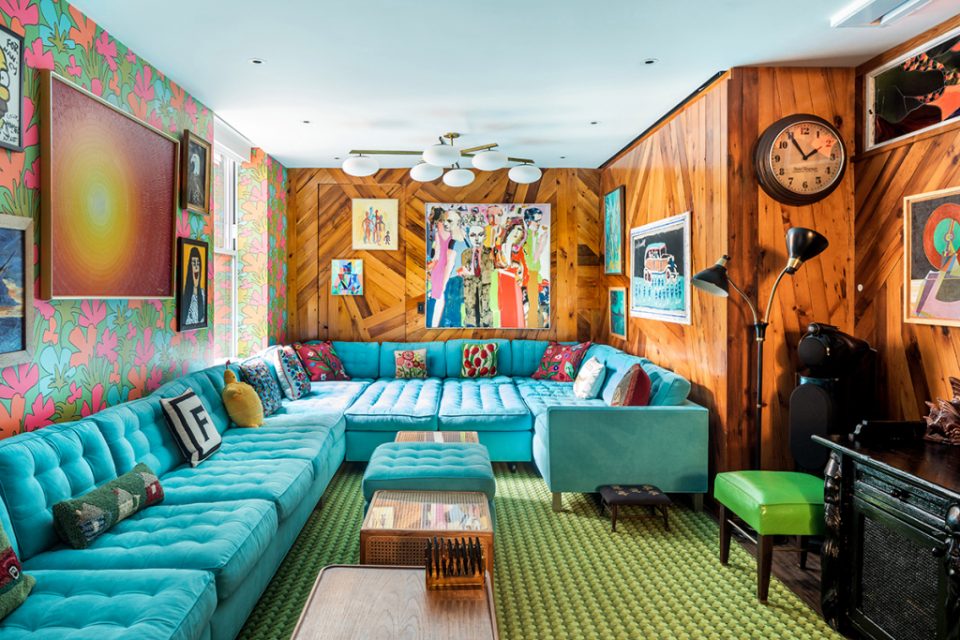 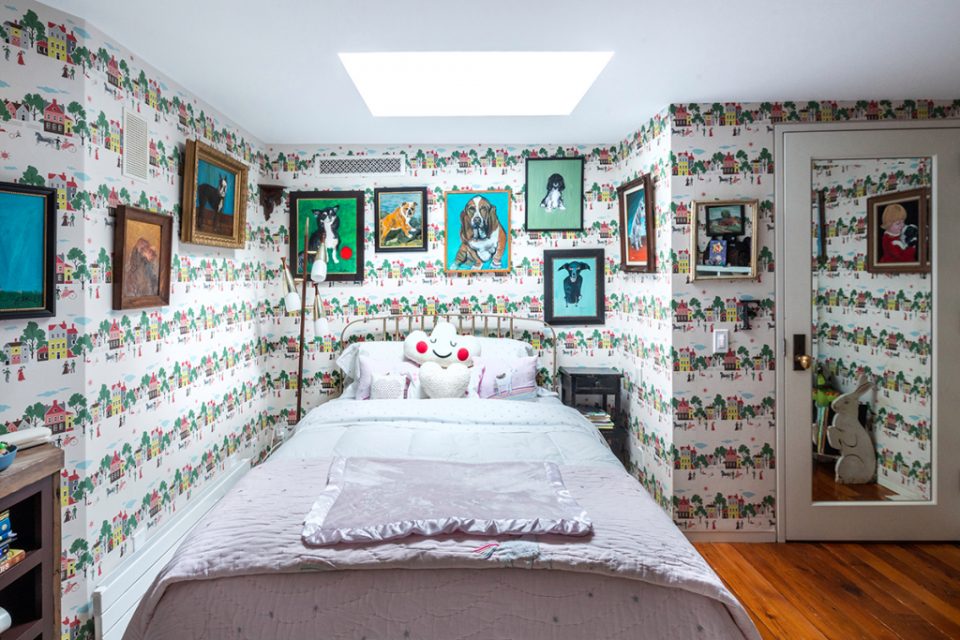 Stayover guests can lie in bed and watch for shooting stars through the skylight instead of counting sheep. 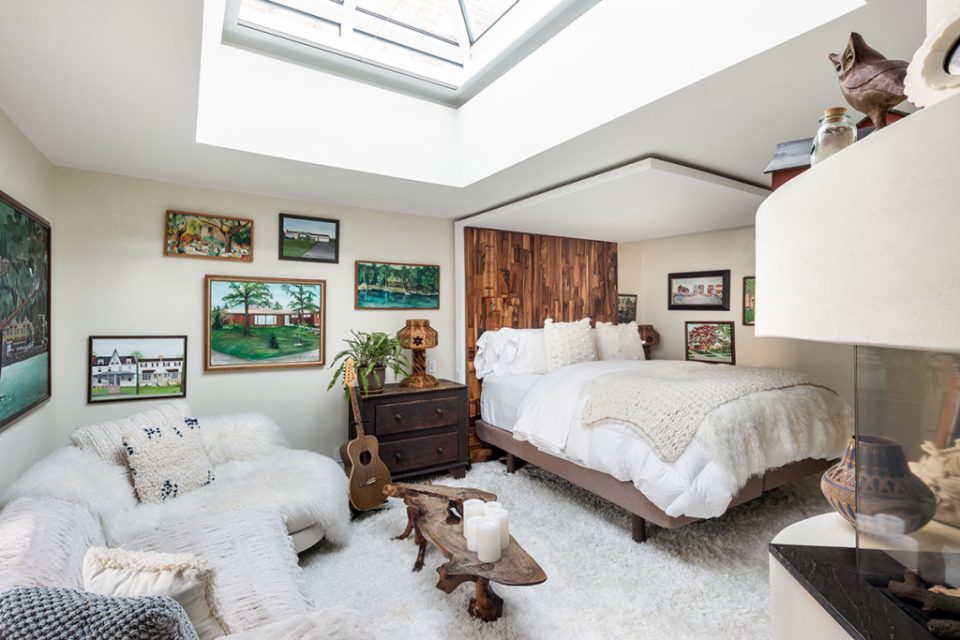 The master bedroom in the master wing also has a large skylight.

For over ten years, late-night-chat-show-host Jimmy Fallon and his film-producer wife, Nancy Juvonen, have been accumulating four apartments in New York’s Gramercy co-op that they turned into a triplex penthouse. As eclectic as their creative personalities, they have recently put the four-in-one, 5,000-square-foot apartment on the market at $15 million.

The Old World Gramercy, built in 1883, is said to be New York’s first cooperative residential building, and its formal façade speaks volumes of its illustrious past. The white glove, full-service co-op overlooks Gramercy Park and each residence holds a key to enter through the private gate. The building has attracted many celebrity residents over the years such as James Cagney and Margaret Hamilton, known for her role as the Wicked Witch of the West in The Wizard of Oz. Richard Gere is a current owner.

The Fallon penthouse triplex is filled with unexpected combinations of color, pattern, texture and objects, which begin in the foyer and continue through the entire apartment. Over a ten-year period, the Fallons added to the original apartment until they had four units they could connect into a huge home. Now with six bedrooms and five full baths, it has been lovingly restored from the window casings to the original hardwood floors. Stacked one above the other, the three largest rooms include the eat-in kitchen with fireplace, the living room above that with a stone fireplace, a bar, and wood-and-plaid walls. The master suite on the highest level offers skylights, a sitting area with wet bar, two walk-in closets and dual-vanity bath. Remaining bedrooms are located on the top and lower floors. The colorful rooms include vintage wallpapers, fabrics and collected treasures from around the world.

Versatile entertainer Jimmy Fallon became one of America’s favorite entertainers during his stint on TV’s Saturday Night Live from 1998 through 2004. He left the program to be cast in the films Taxi and Fever Pitch and then went back to television to host Late Night with Jimmy Fallon and later became the permanent host on The Tonight Show in 2014. He is married to film producer Nancy Juvonen, who along with Drew Barrymore, owns the production company Flower Films. 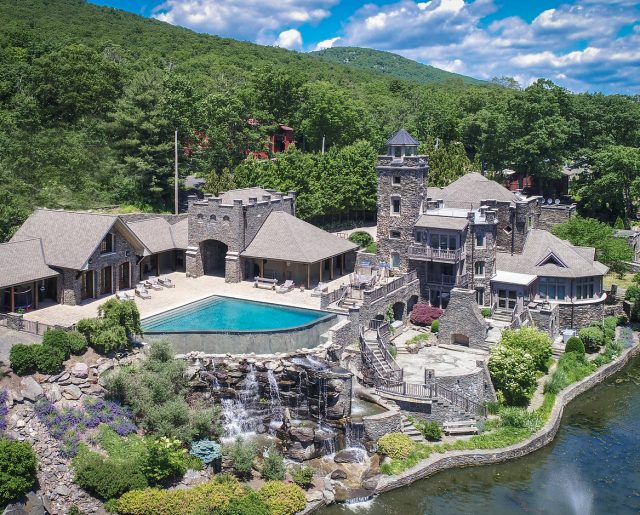 More unique than almost anything else on the real estate market today and expansive enough for family, extended family, teammates...Read More