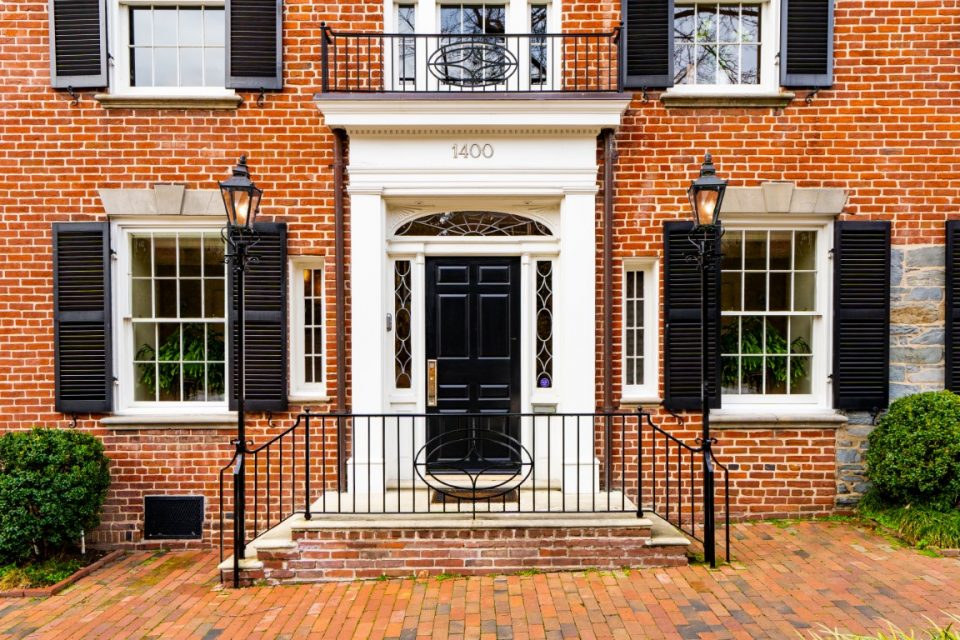 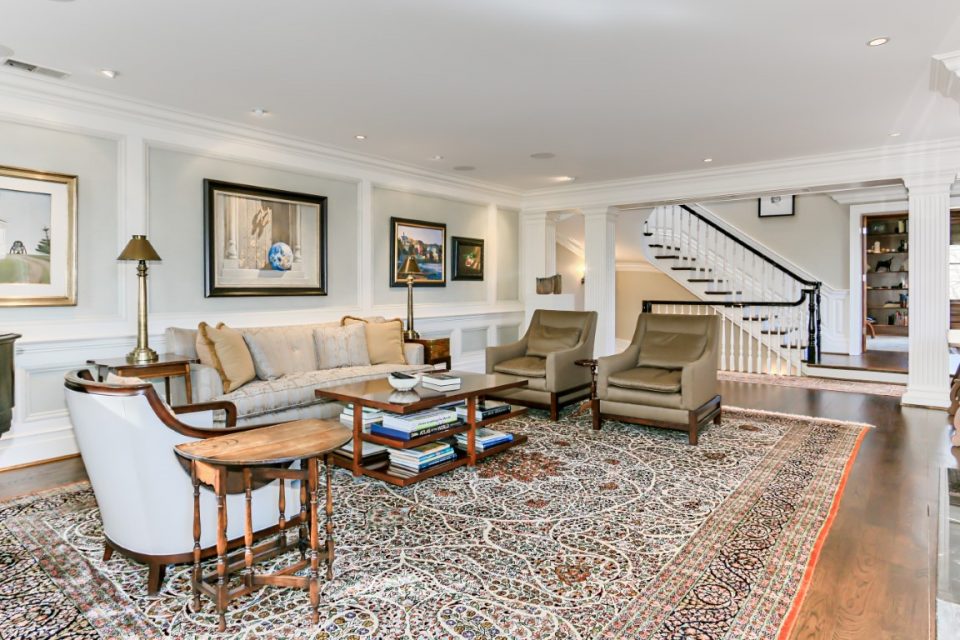 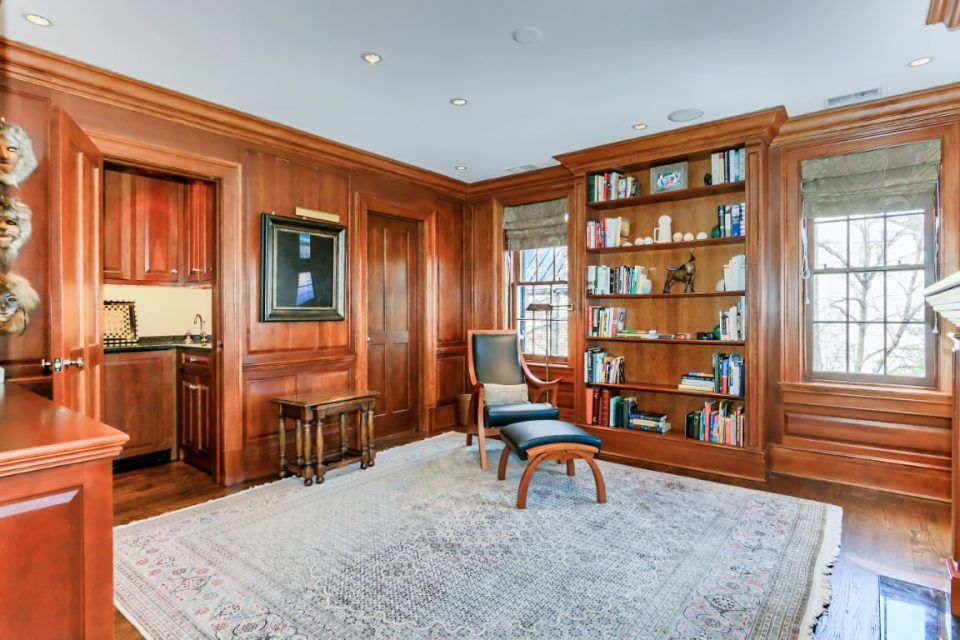 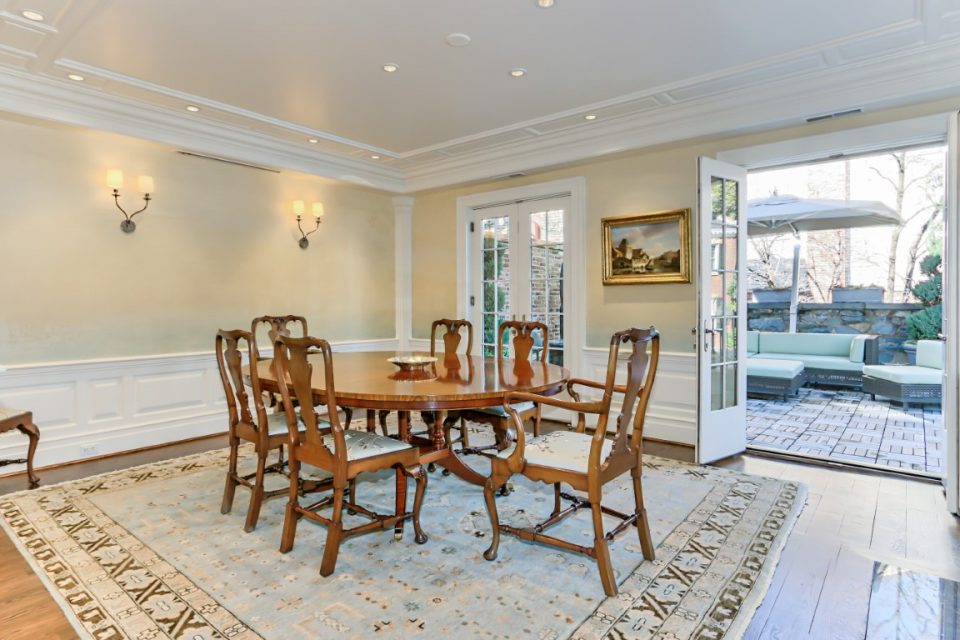 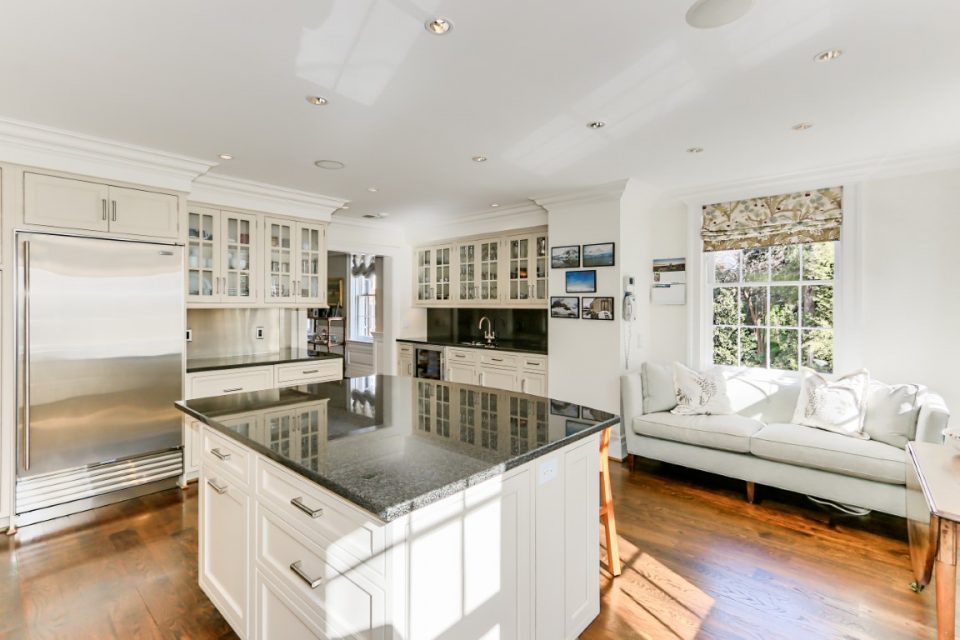 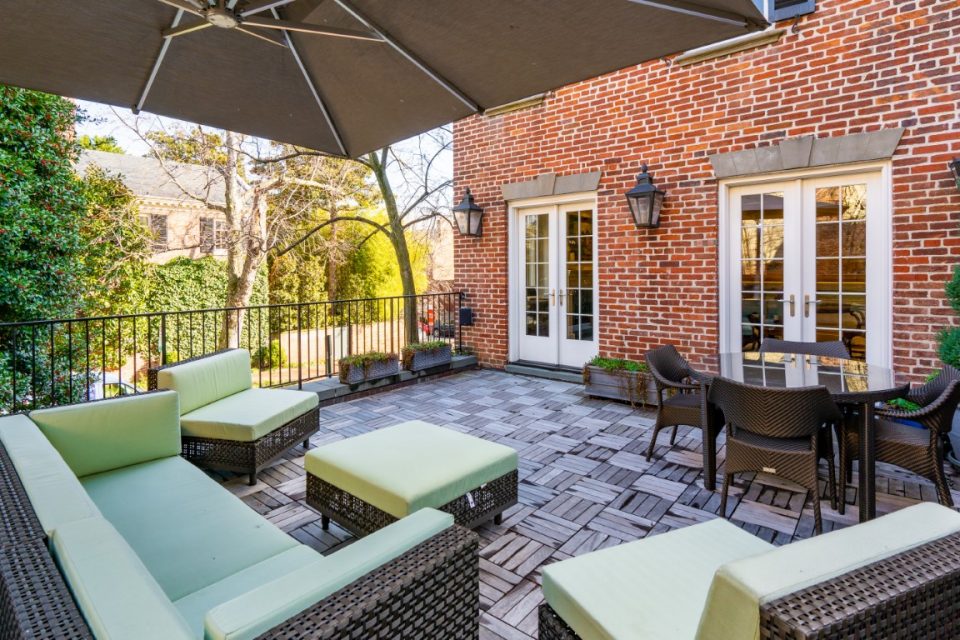 In the late 1940s, a young John Fitzgerald Kennedy moved to Washington D.C. as a newby congressional representative from Massachusetts where he lived in a beautiful red-brick home in the city’s Georgetown neighborhood. According to local legend, JFK first met Jacqueline Bouvier at a nearby neighborhood dinner party when introduced by a mutual friend. According to the friend, Jack reached across the table for the asparagus and asked her for a date. Today, after extensive renovation and updating, the stately home is on the market at $4.68 million.

Since Washington’s first days as America’s capital city in the 1790s, politicians, lobbyists, and journalists have gravitated to the Georgetown neighborhood for the city’s best restaurants, schools, art galleries, quaint shops and homes. It has been home to Francis Scott Key and Alexander Graham Bell. Both Jack and Jackie Kennedy, prior to and after their marriage, lived there. The Clintons, Pamela and Averell Harriman, columnist Drew Person, journalist Kitty Kelly, Henry Kissinger and many other of the country’s movers and shakers have called Georgetown home. With Georgetown University on the community’s doorstep, many of the capital’s embassies including France, Sweden and Thailand are also located in the Georgetown neighborhood. Well known to film fans, Georgetown has been the setting for a number of movies including Topaz, St. Elmo's Fire and The Exorcist.

On a tree-lined, cobblestone street, Kennedy’s former residence is located only a few blocks to Georgetown University and the Potomac River. The circa-1800, three-bedroom, four-bath house measures in at 4,659 square feet of living space with large windows, high ceilings and is cheerful and bright with sunshine spilling into the large rooms. The ground floor has a dramatic foyer with suspended circular staircase, formal living and dining with large entertaining terrace and a beautifully panelled library. The large eat-in, lounge-in kitchen is up-to-the-minute in style and function and the laundry room is spacious. Every inch of the residence has undergone extensive renovation and updating. Upstairs bedrooms and baths are cheerful and bright with a private terrace off the master that also has a fireplace.

Despite coming from one of America's wealthiest families, Kennedy was not much of a home owner almost always choosing to rent instead of buying - including his free White House residence. He also had the unlimited use of his parents' mansions in Palm Beach and the Kennedy Compound on Cape Cod.

The Georgetown home that JFK rented in his early congressional days is for sale at $4.68 million. The listing agents are Christie-Anne Weiss and Christopher Ritzert of TTR Sotheby’s, Washington, D.C. 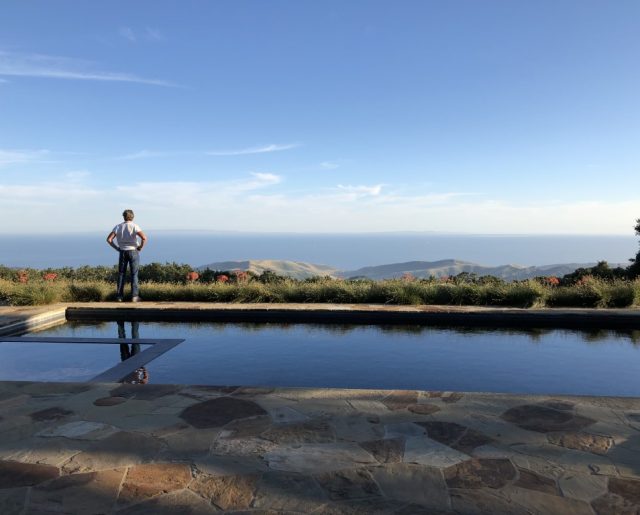 Three Hawks Ranch or the Garden of Eden? Adam and Eve would have had a lot more temptation among orange,...Read More