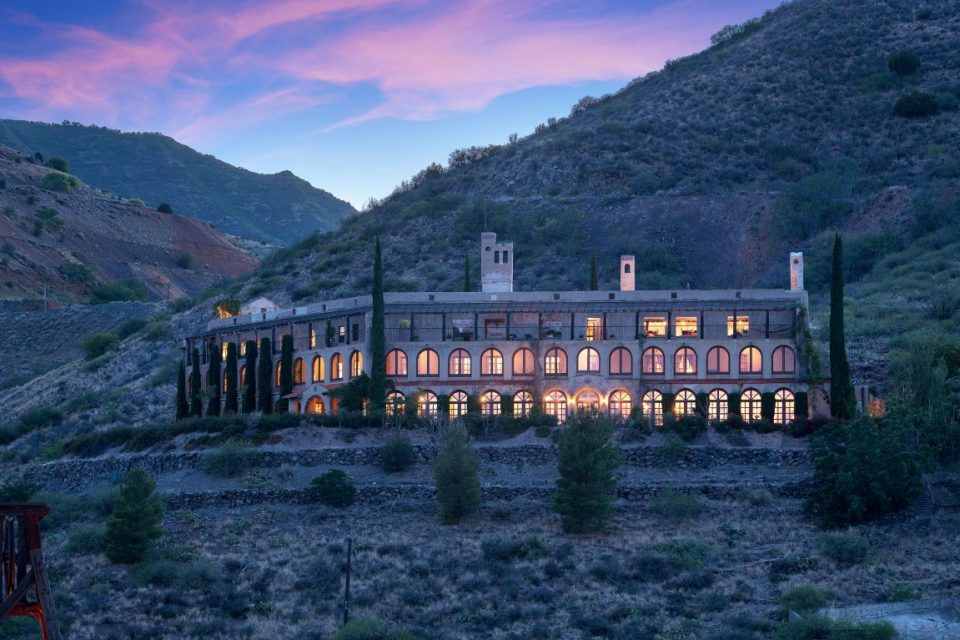 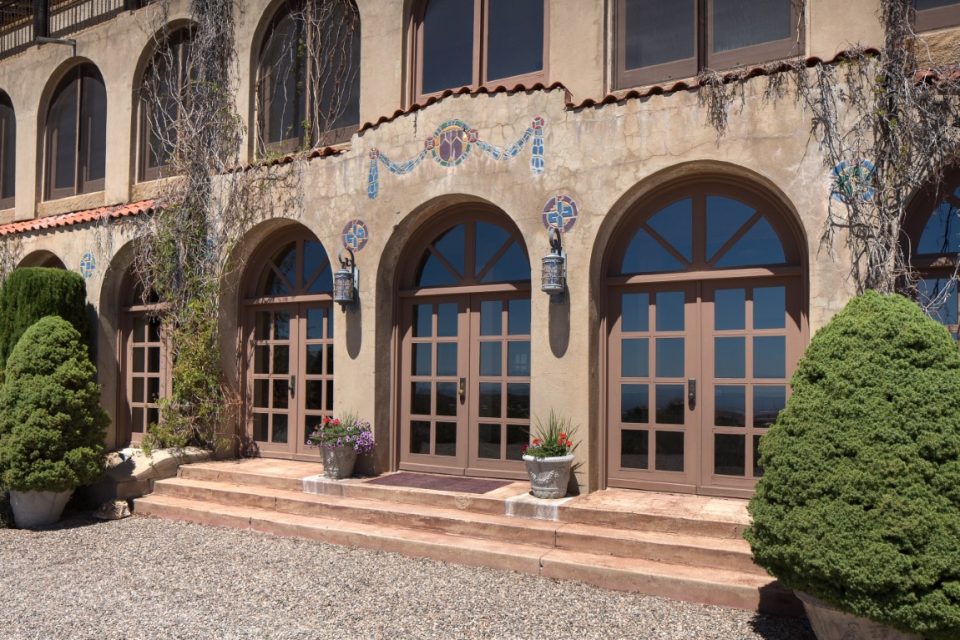 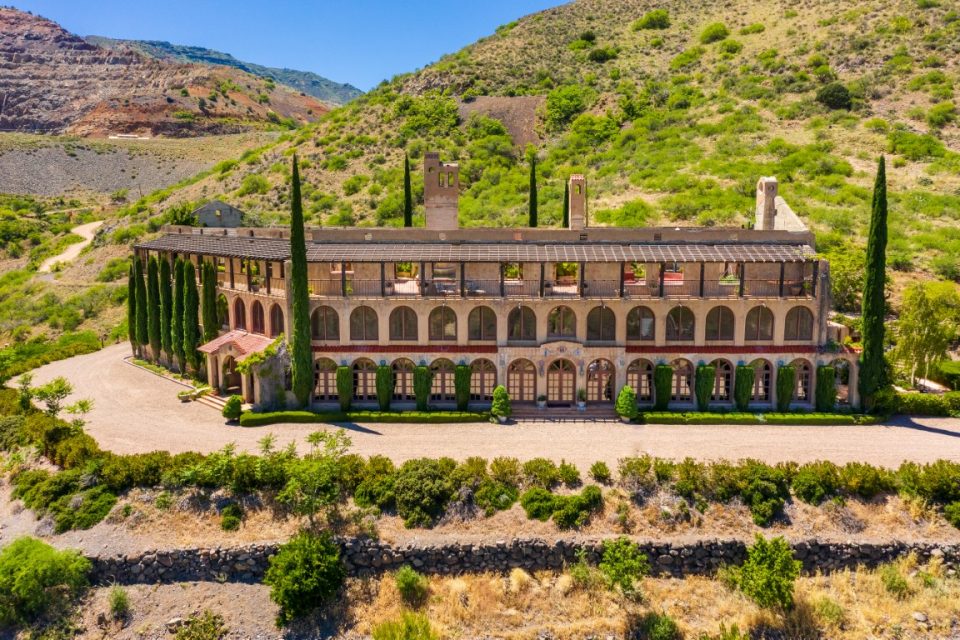 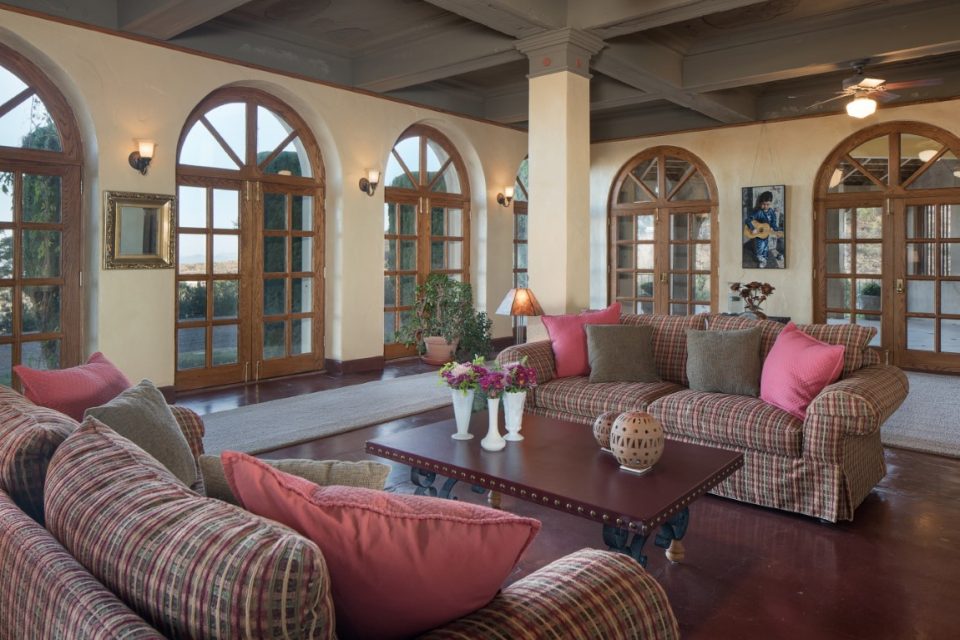 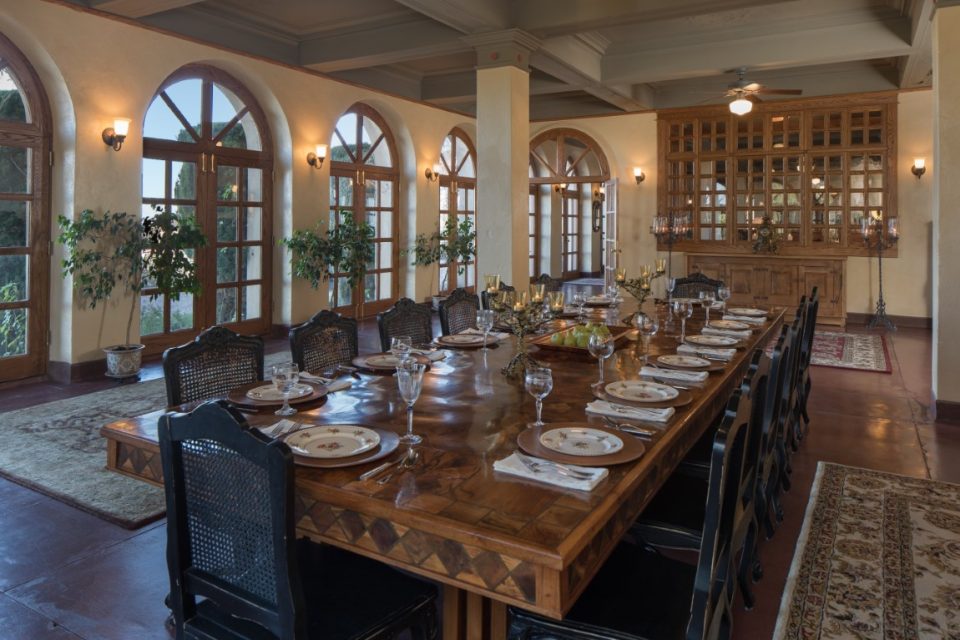 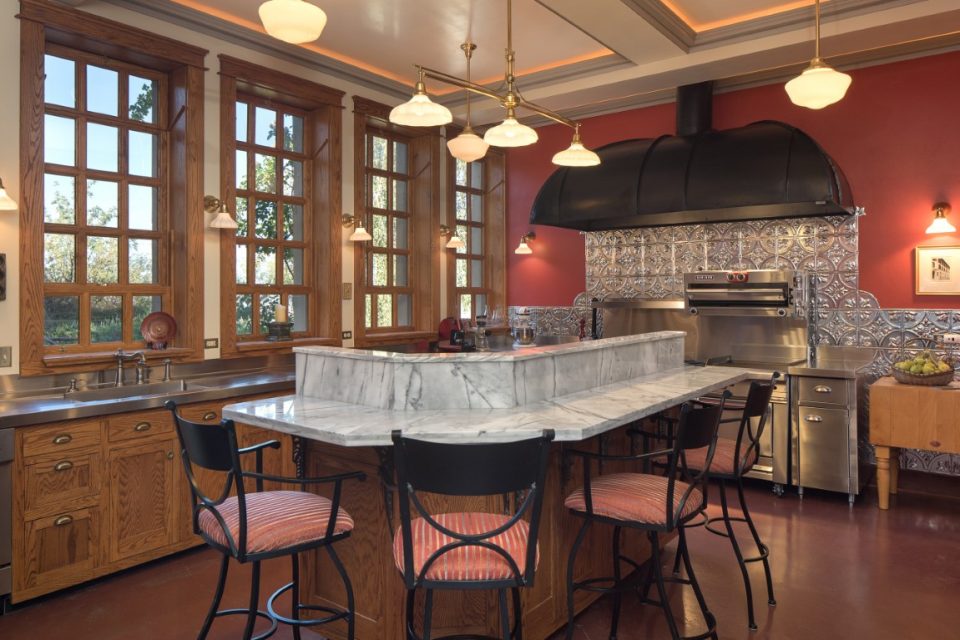 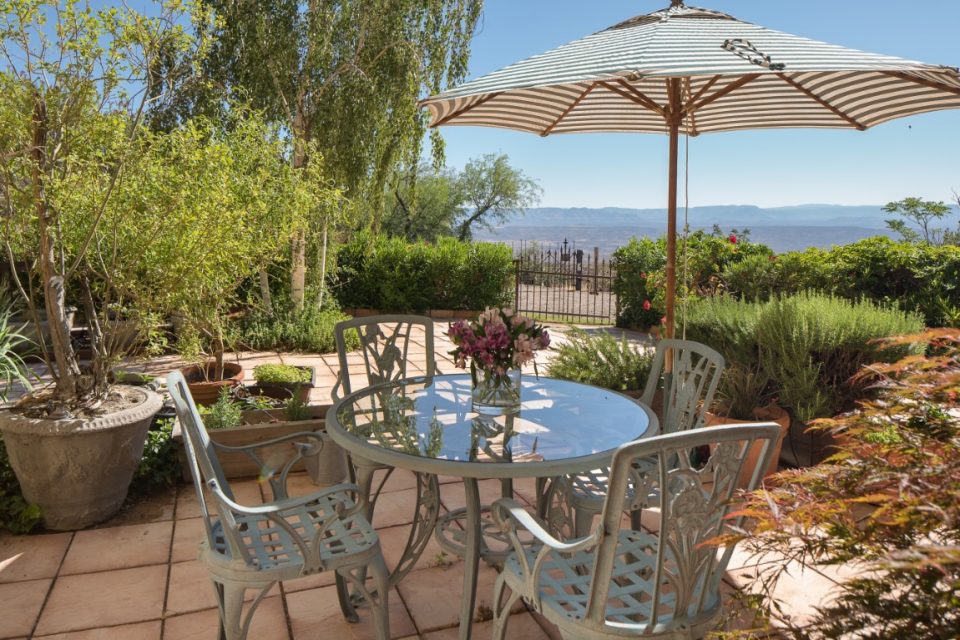 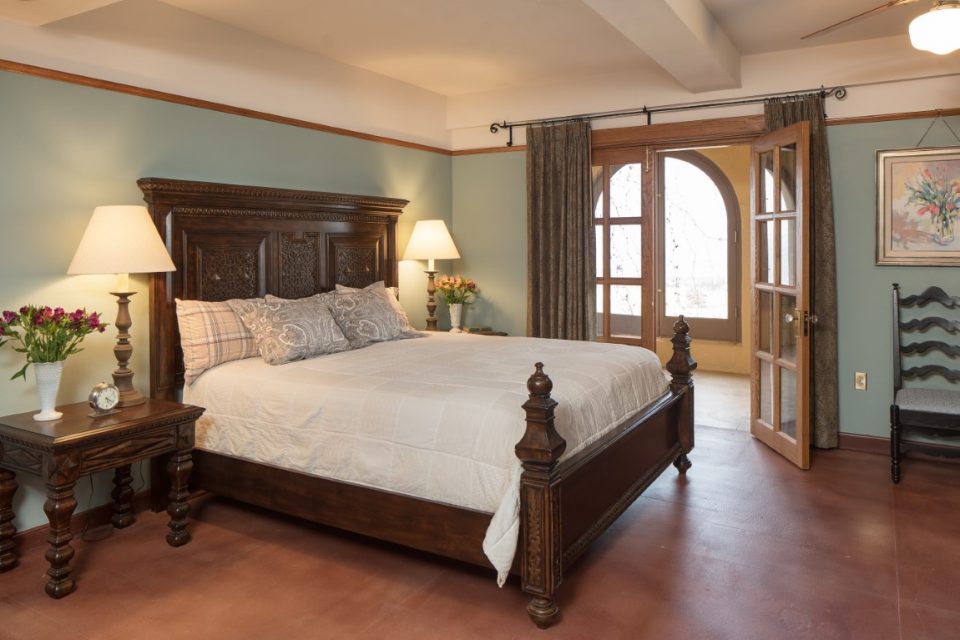 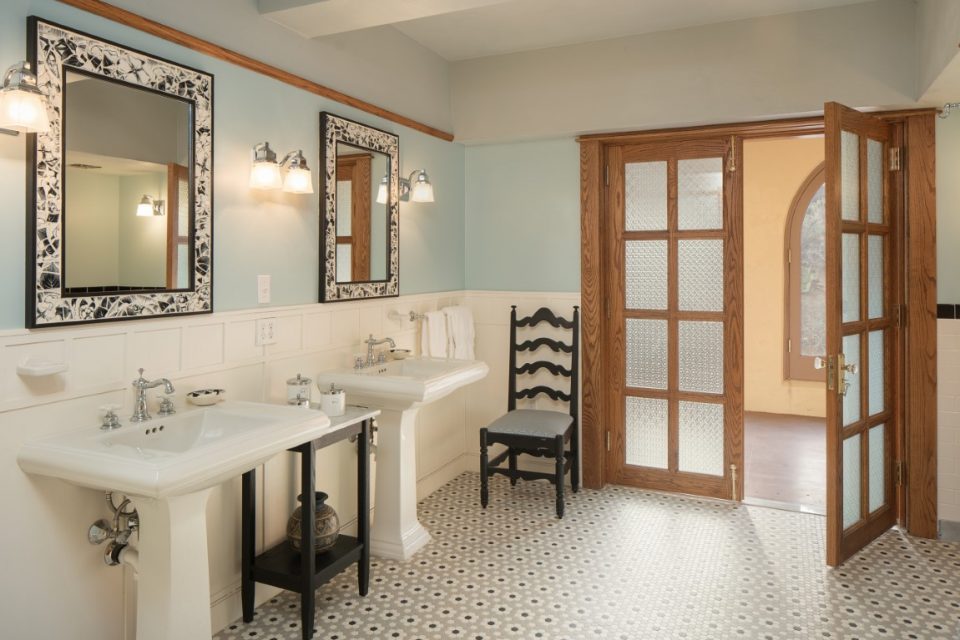 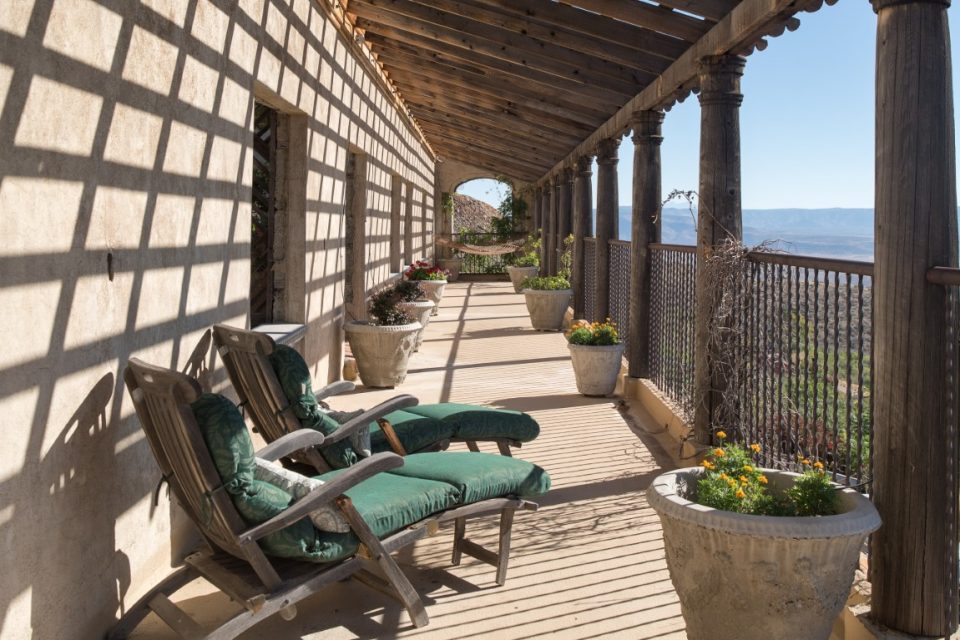 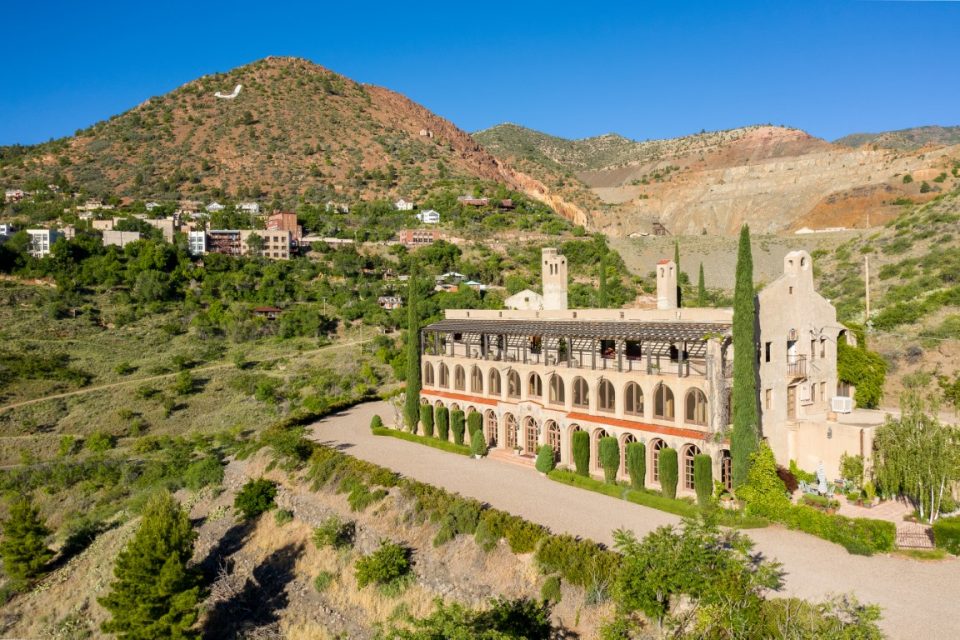 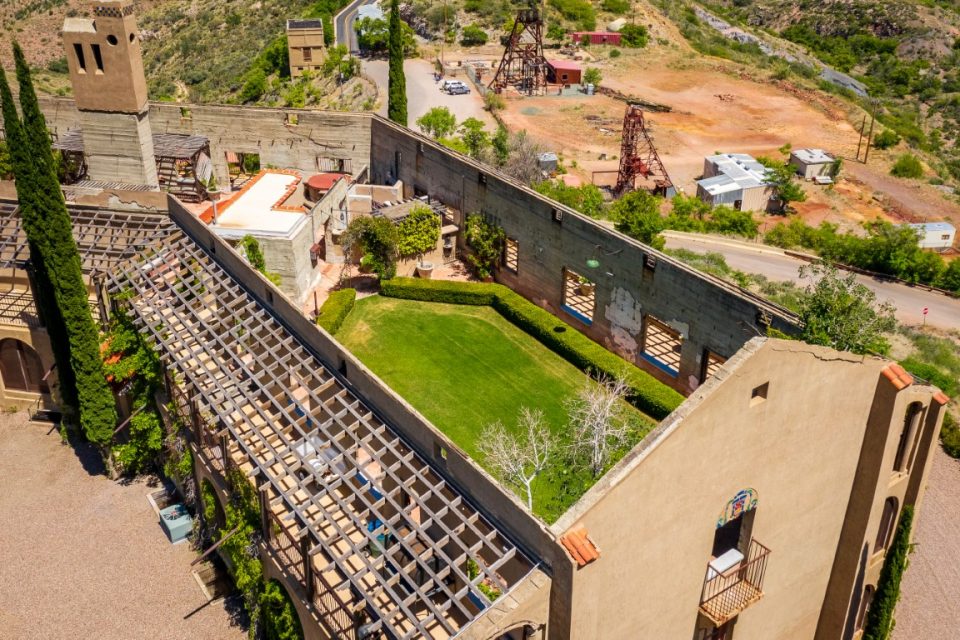 The Little Daisy in Jerome, Arizona that originally started out in 1919 as a small hotel for copper miners was completely remade as a luxury mansion when the current owners purchased it in 1995. Originally listed for sale at $6.2 million, it will be going to auction on June 26th.

The history of Jerome and the 40-room Little Daisy Hotel is steeped in Americana.  At the start of the 20th century, the town was the site of an abandoned copper mine that was shut down due to lack of production.  By accident, while on a work trip between Mexico and Arizona in 1912, assayer “Rawhide” Jimmy Douglas happened to come across the mine.  His assaying skills told him that the motherlode of copper had not been identified by the mine owners, so he bought the land from them and reopened the mine.

It wasn’t long before Douglas hit that motherlode, the largest copper deposit in the United States, and put Jerome on the map. By 1919, Douglas was a billionaire and in order to accommodate all his miners, Douglas built the Little Daisy Hotel, named after the mine, and was able to house most of the miners.

When the production of the mine dwindled after World War II, Douglas shut it down in 1953 and sold the hotel to William Earl Bell, the man who created the world’s first atomic clock.  In 1995, the Bell family sold the mine to its current owners, Walter and Lisa Acker, as a rundown shell of a building. The Ackers spent nine years restoring and updating the property with respect for its history while enhancing its architectural features and adding high-end upgrades.

Sited on 3.45 acres high above the town with panoramic views of the area’s hills and valleys, the new layout has an extensive master wing and a guest wing with a total of eight bedrooms and seven baths. Encompassing 12,000 square feet of climate-controlled living space, there are 2,900 square feet of interior porches, a 9,000-square-foot rooftop garden and four garages/workshops totalling another 2,600 square feet. The entrance lobby still retains its reception/check-in desk as a token of its illustrious past. The main floor, with its tall arched floor-to-ceiling perimeter windows and high ceilings houses the formal rooms that open to porches and terraces for lounging or enjoying alfresco dining. There are fireplaces throughout, a game room, home theater, wine cellar, bar, large kitchen that opens to a private terrace, retro phone booth and an office and craft/sewing room. Porches surround the structure for commanding views from almost every room. Even with the large size of the rooms, the architecture and quality of the restoration make each room’s atmosphere warm and inviting.

Located about 100 miles north of Phoenix, Jerome has become a popular tourism destination with art galleries, history tours and a state park.  The rare opportunity to own not just an exquisite desert mansion with stunning views, but also the opportunity to run an elite boutique hotel or spa - selling fully furnished. The Little Daisy is going to no reserve auction on June 26th with Concierge Auctions. 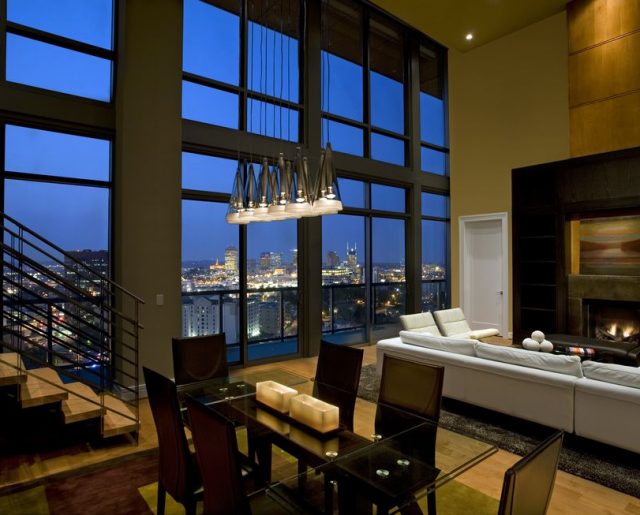 While Taylor Swift’s meteoric rise to music stardom is impressive, so too is her growth as a real estate mogul. ...Read More