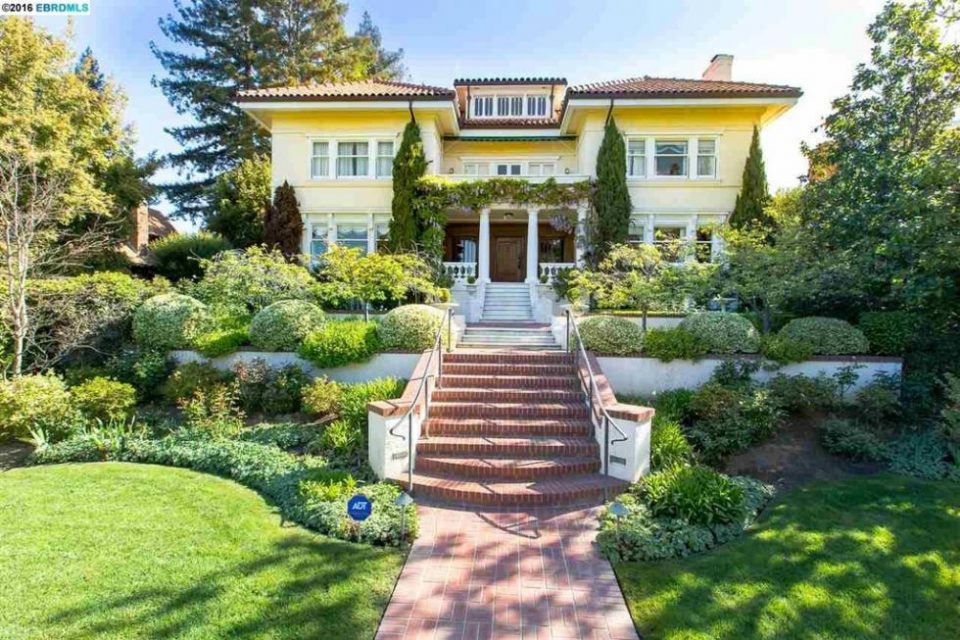 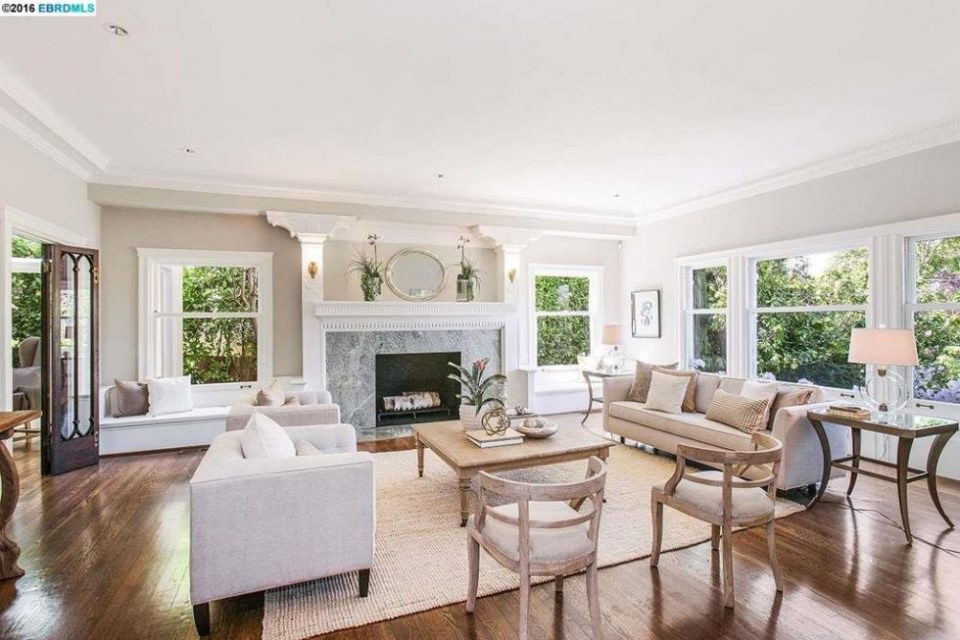 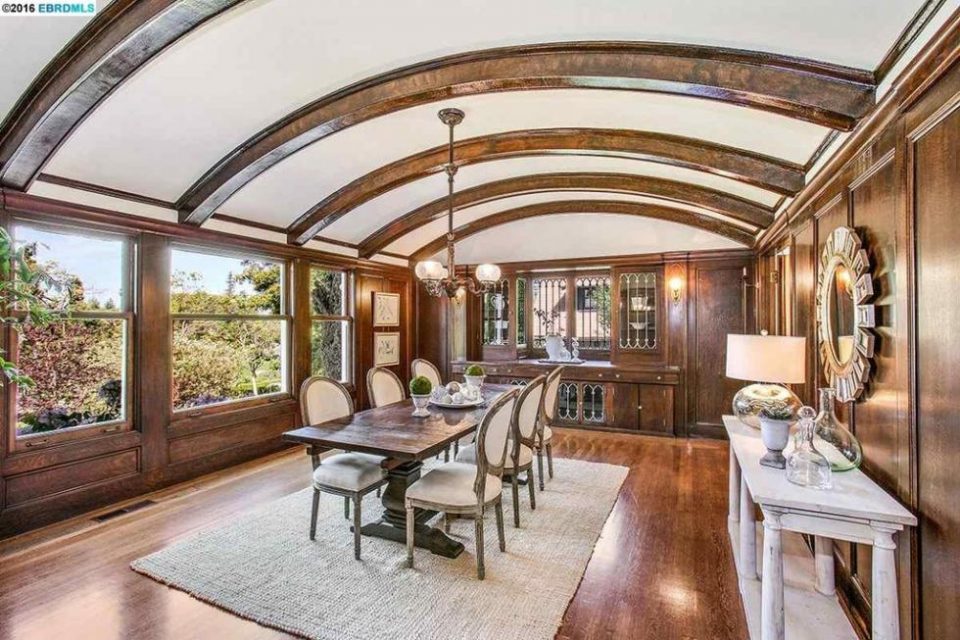 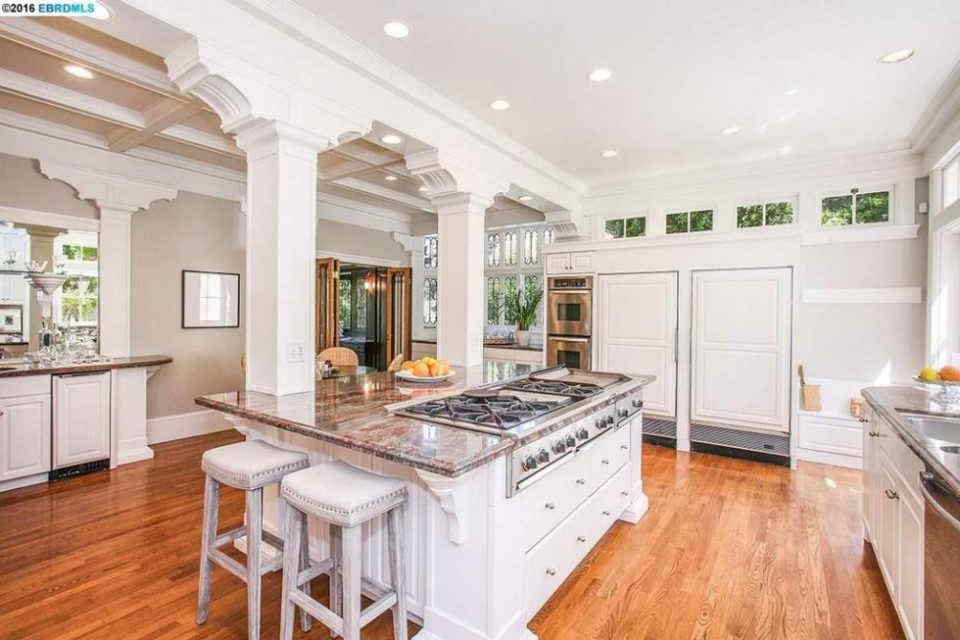 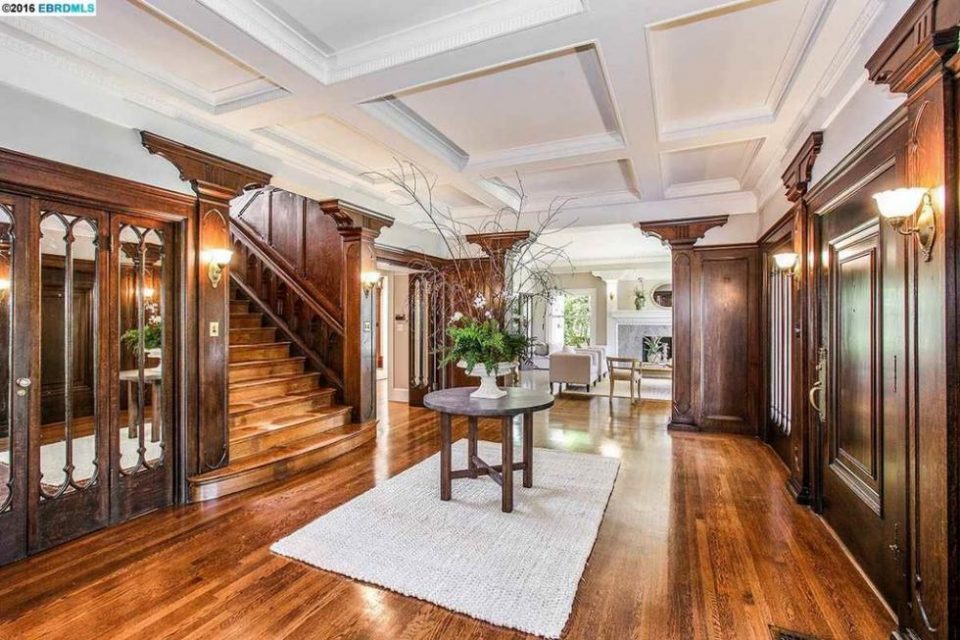 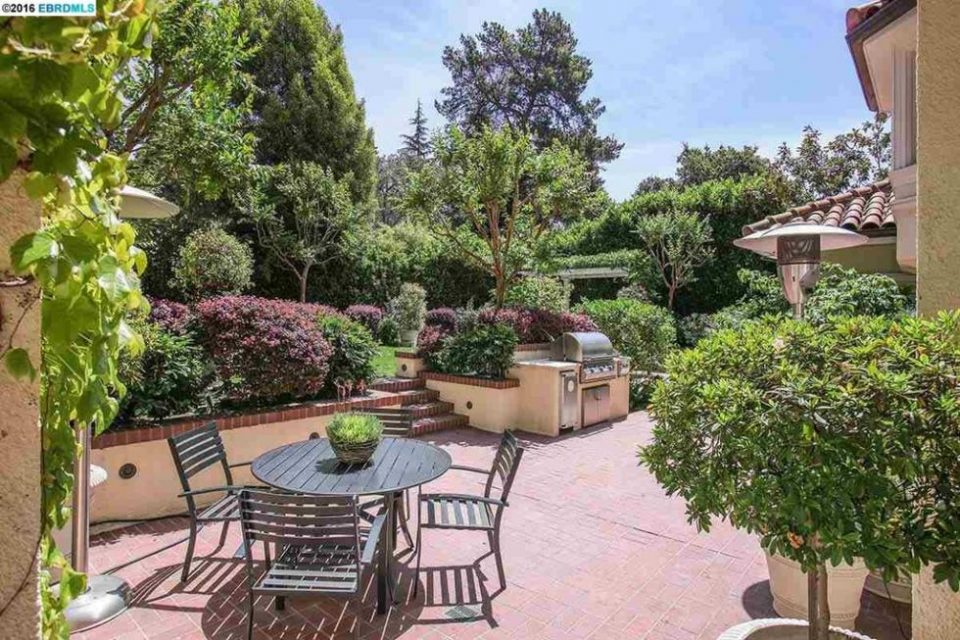 Listed at $5.3 million in May 2016, and recently closed at $4.65 million after the price was dropped to $4.98 million, it’s not surprising that this beautiful early 1900’s Mission Revival-style mansion with old-world craftsmanship, spacious rooms and beautifully landscaped setting almost flew off the market. Much like the family’s Ghirardelli Chocolate products.

The home has an unusual twist in that it was built by the Milwain Brothers in the early 1900s in the Mission Revival style which was popular at the time, but soon fell out of favor. According to historian Gail Lombardi, Ghirardelli heir Ellen (Ghirardelli) Cushing took out a building permit for the house in 1911 to restyle the facade into the more popular Colonial Revival style which took a year to complete.

The 6,479-square-foot mansion has seven bedrooms and six baths, a third-floor apartment and a guest house above the two-car garage in Piedmont, California - a wealthy area of Oakland. Notable are original hardwood floors, coffered and arched ceilings with built-ins and woodwork displaying artful craftsmanship. Rooms are spacious and large windows throughout allow for sunshine-filled rooms and garden views from each. Palatial in all respects, throughout its interior, formal gardens, outdoor kitchen, terraces, while rose gardens carpet the grounds. The final sale price was $4.65 million. Debbi DiMaggio of DiMaggio & Betta Highland Partners was the listing agent. 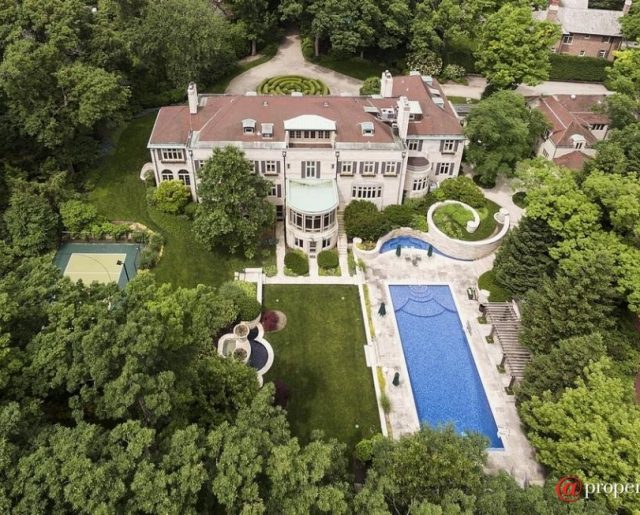 Pabst Beer Mansion! After the end of Prohibition, 1936 was a good year for the Pabst Brewing Company and its...Read More 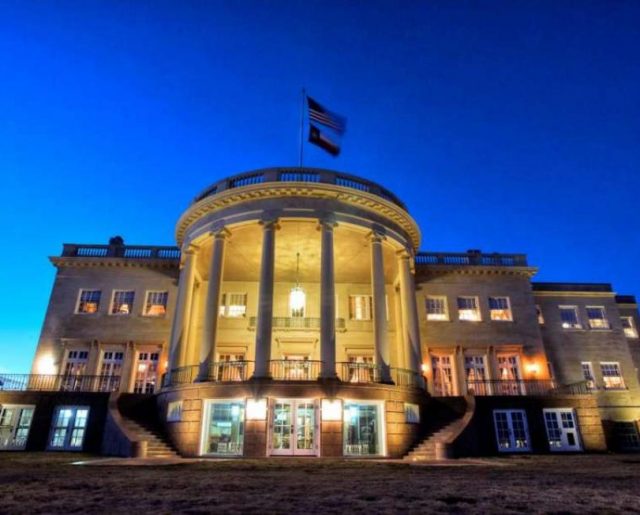 Texas White House Going To Auction! Many a bourbon and branch were sipped while gazing over Galveston Bay on a...Read More