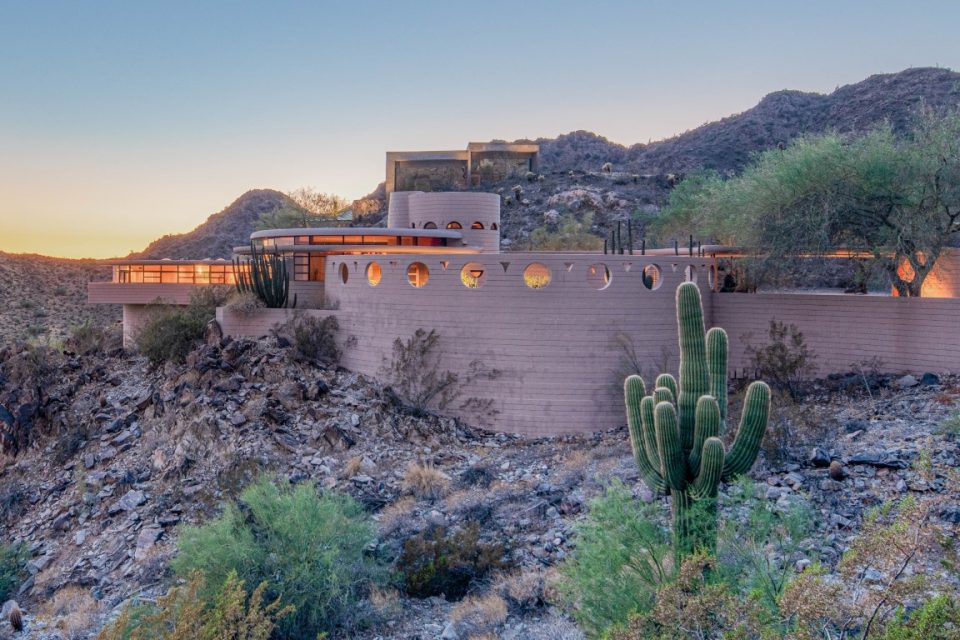 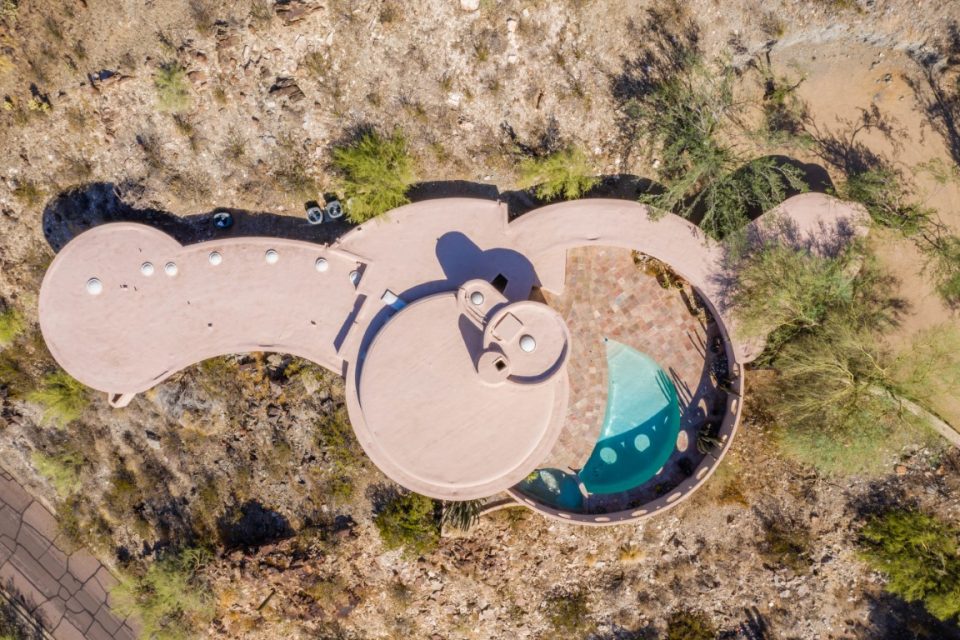 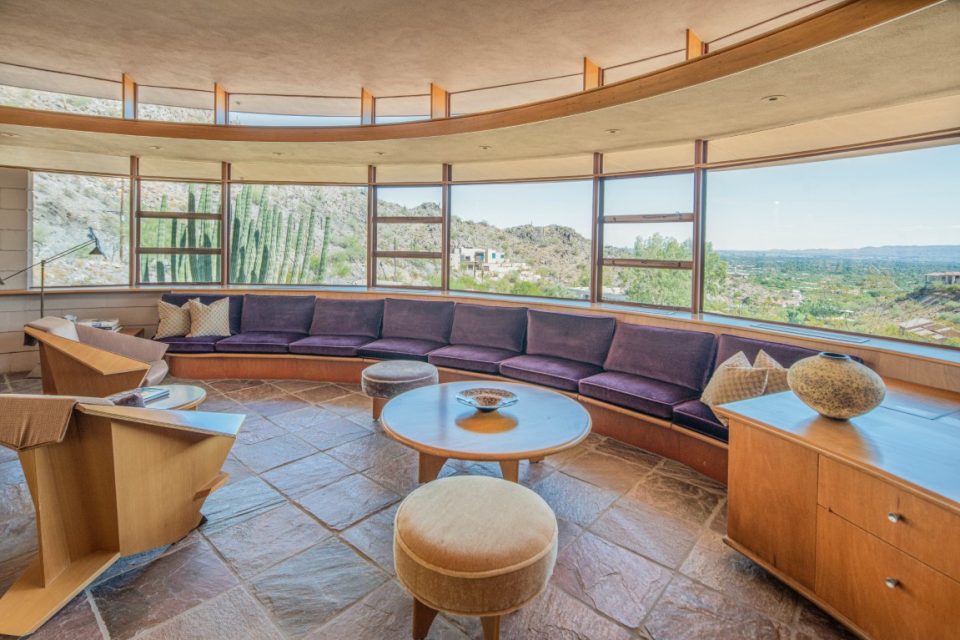 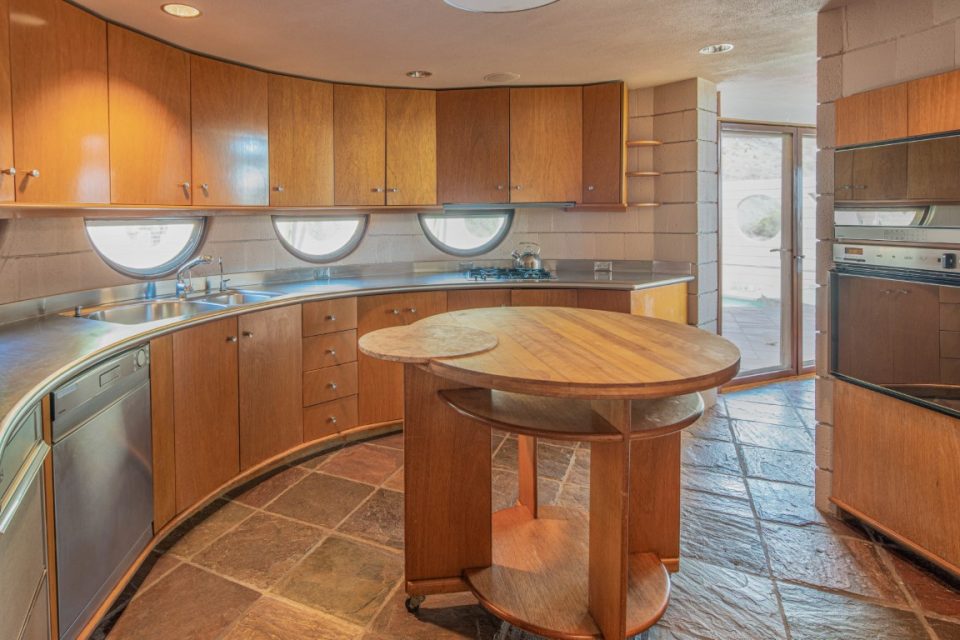 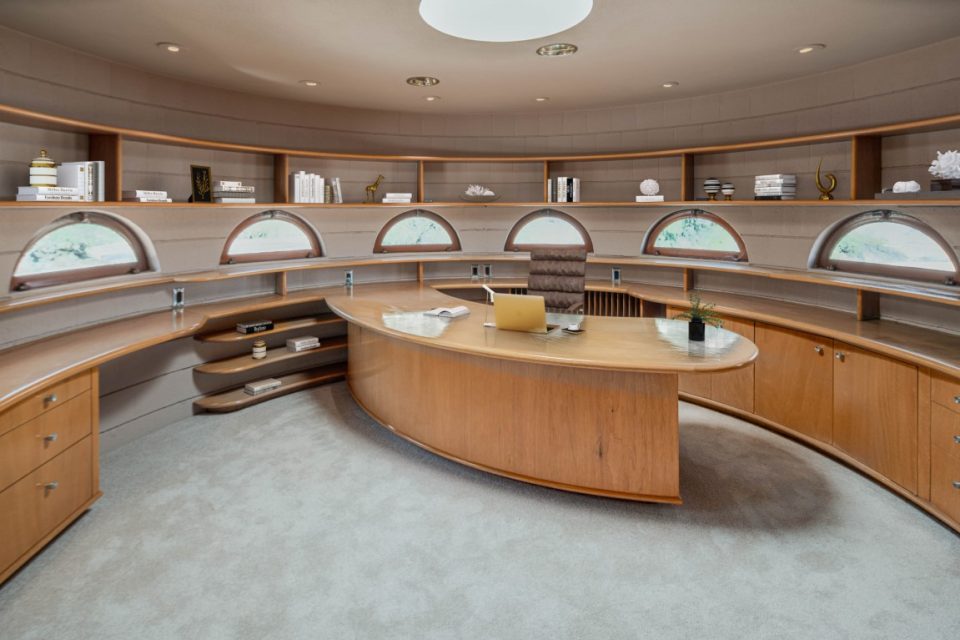 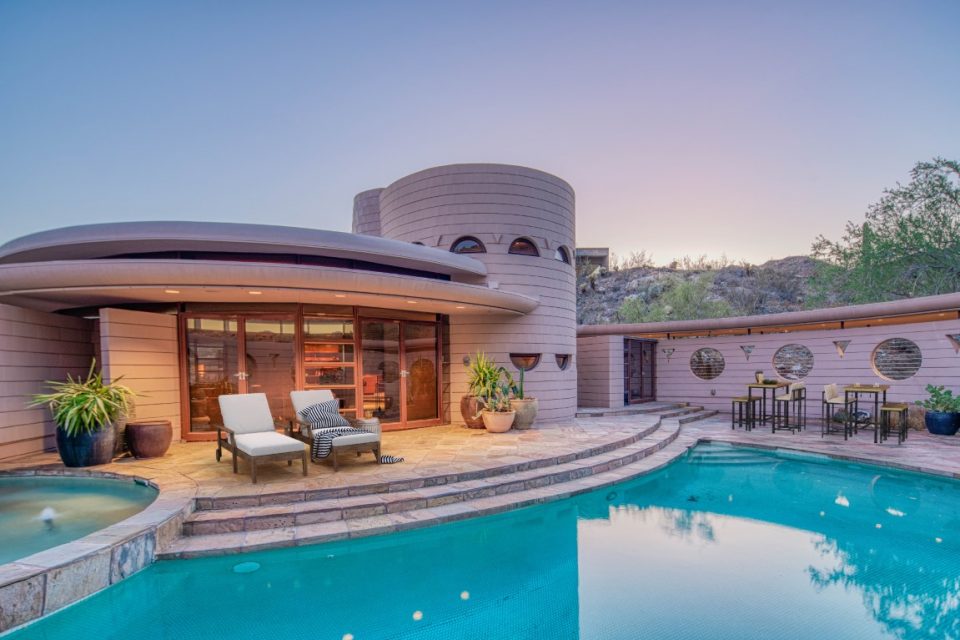 Sixty years after his death, Frank Lloyd Wright’s Circular Sun House, also known as the Norman Lykes House, was the last home design he worked on before he died in 1959. Built in 1967 and later restored in 1994 by his apprentice John Rattenbury, the 3,095-square-foot, three-bedroom, three-bath contemporary house is located in Phoenix on 1.3 acres on the edge of the Phoenix Mountains Preserve. It will go to auction on October 16th with no reserve. Wright designed over 1,000 structures during his 73-year career including many of America’s most famous buildings such as Fallingwater, the Guggenheim Museum and the Johnson Wax Headquarters.

Wright had been working with Mr. Rattenbury on the Lykes House sketches and had chosen the building site and designed the furniture and built-ins for the home when he became ill and died at age 91. Having come full circle from his start in Prairie style, to textile block, to organic and, towards the end, the functional Usonian for the masses, his last designs showed a new interest in circles and curves as he created buildings in the round such as the Guggenheim in New York City and a home he built for his son, the David and Gladys Wright home, also in Phoenix.

Registered with the Frank Lloyd Wright Building Conservancy, the home includes Wright’s signature large living room fireplace intended to bring families and friends together, a lower-level media room, two home offices with built-ins of desk, cabinet storage and walls of shelving, and a distinctive curved kitchen with the best appliances of the day. Wright designed rolling-island and unique under-cabinet windows and timeless stainless-steel counters, contemporary-tiled large baths, and a privacy-walled crescent pool with mother-of-pearl tiles and patio viewed from inside through glass walls. There is also a separate upstairs round office with all built-in furnishings in Philippine mahogany, as are all the home’s built-ins, and is encircled by half-moon windows. Views of the city, valley and mountains can be seen from almost every room and if the Phoenix Lights return, the Lykes House will have a commanding view.

Conveying in the sale will be the added bonus of Wright’s mid-century modern furniture including small stools, table, night stands and end tables.

Phoenix and its Paradise Valley have been a home for the rich and famous in all walks of life including retired Supreme Court Justice Sandra Day O’Connor, actress Emma Stone who grew up there, history’s most-decorated Olympian, Michael Phelps, singer Alicia Keys who just bought the Razor House in La Jolla, California, musician Alice Cooper and filmmaker Steven Spielberg.

The auction of the Lykes House, Frank Lloyd Wright’s last residential design, built and later redesigned and restored by his apprentice, John Rattenbury, will be held on October 16th at the property by auctioneers Heritage Auctions. 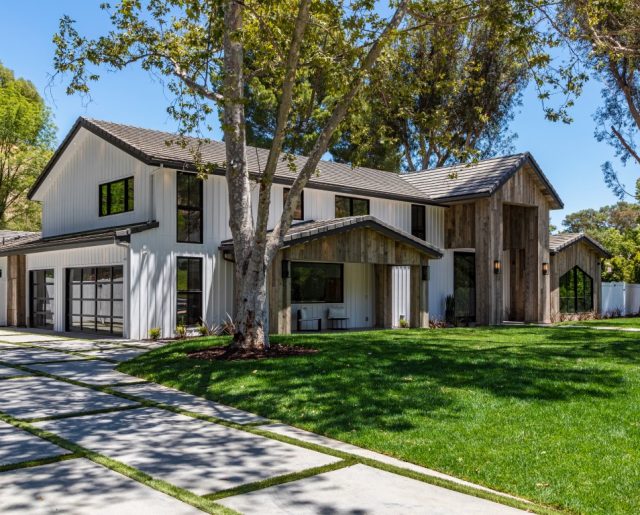 Keeping Up With the Kardashian’s Scott Disick now has his own spin-off on E!, Flip it Like Disick, and has...Read More