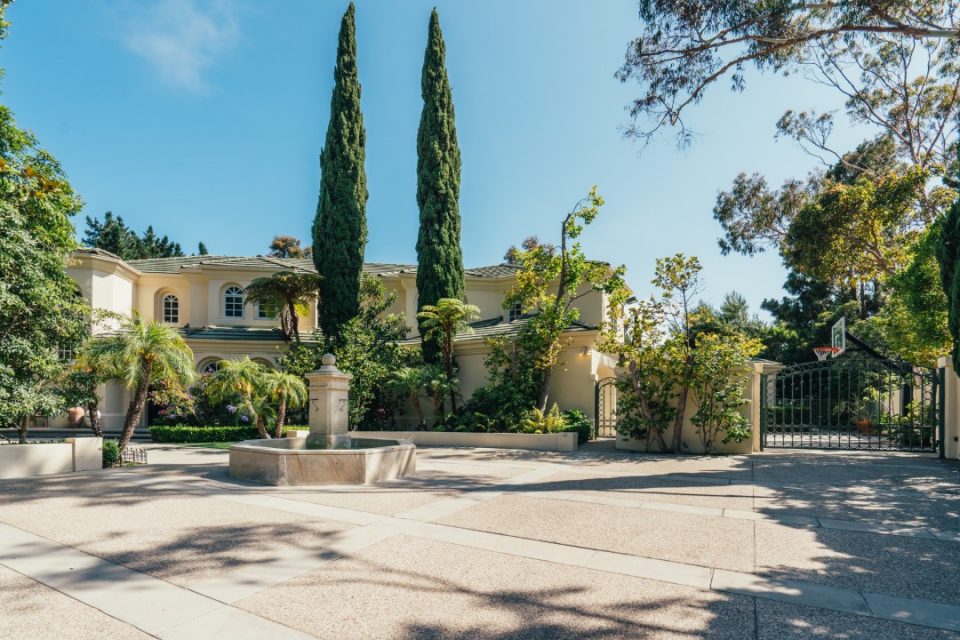 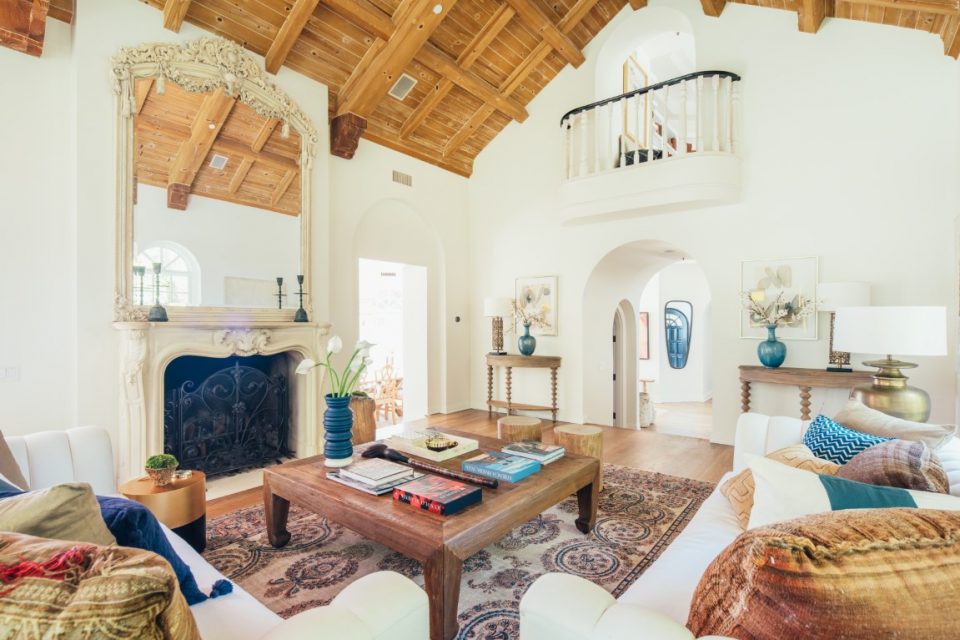 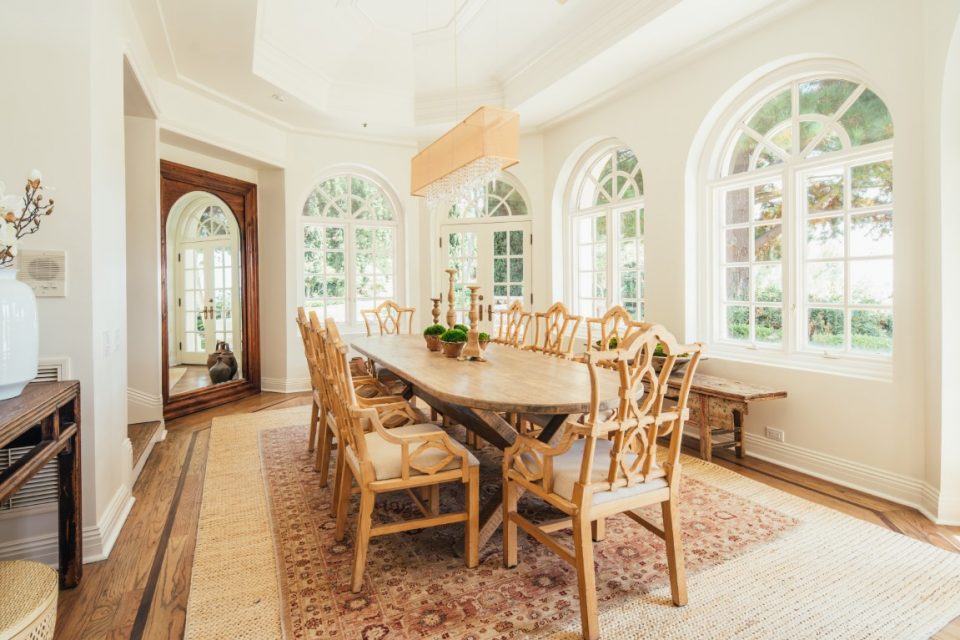 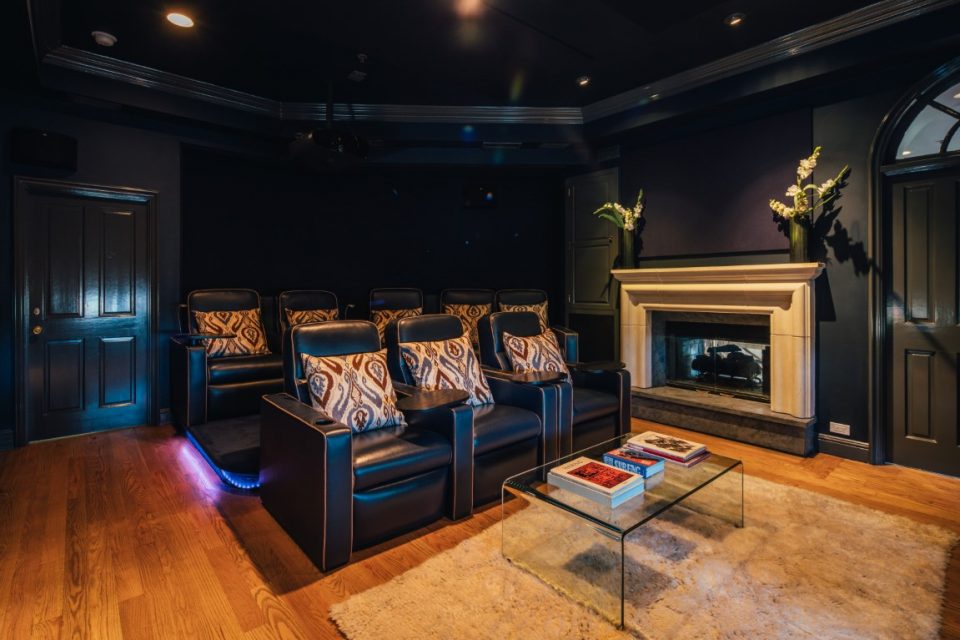 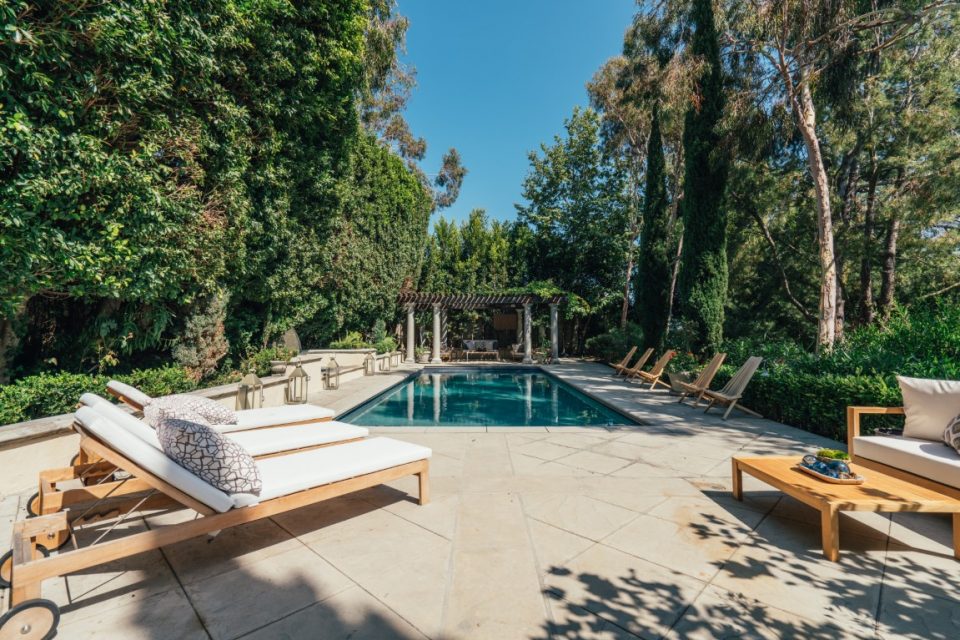 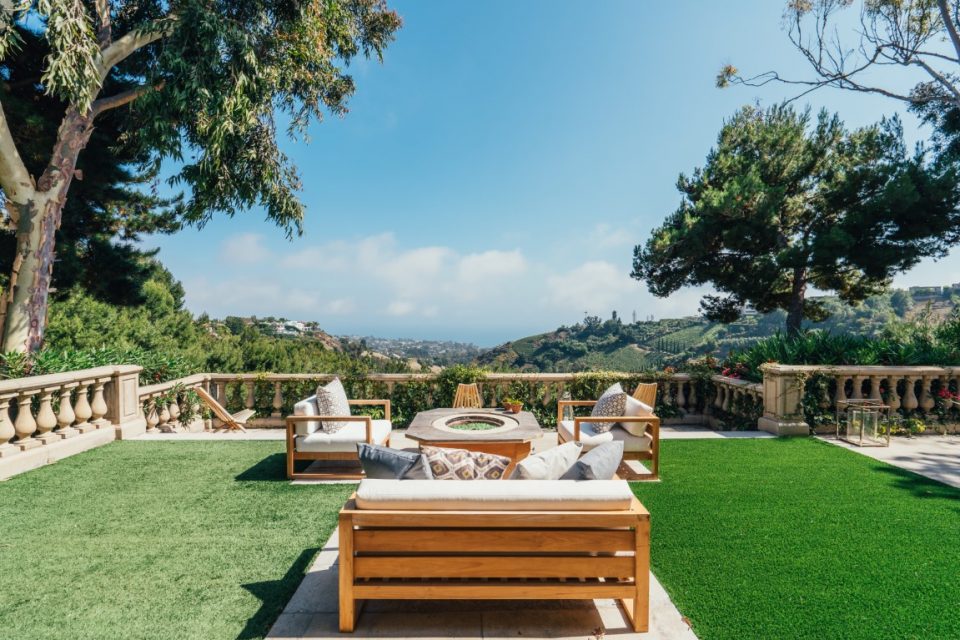 Film producer Steve Chasman, known for his action-thriller movies The Fast & The Furious series, The Transporter series, Taxi, The Bank Job and his latest, Fast & The Furious: Hobbs & Shaw, is selling his custom Pacific Palisades home with stunning views of the Pacific Ocean. Sited within the most exclusive community in the Pacific Palisades and named Shadow Mountain, it is priced at $16.9 million.

Spread across 1.2 acres of lush lawns and gardens with far-reaching views, the six-bedroom, six-bath home is designed in true California contemporary Mediterranean style, white and bright with wood-beamed ceilings and hardwood floors. The only room in the house that isn’t filled in light is the glamorous black-walled, black-furnished media room with its contrasting wood floors and fireplace. Entry into the home is a large foyer with curving stairs to the upper floor. The living room has a soaring beamed-wood ceiling as a foil against the white walls and bright light from large windows. The formal dining room is surrounded by arched windows. A large eat-in chef’s kitchen is also great for entertaining family and guests who love to be part of the action. Upstairs bedrooms also enjoy ocean and vineyard views. Outside special features include a fountain in the motor court, a side lawn surrounded by trees giving the feel of a secret garden, a large shaded swimming pool terrace and a seating area taking full advantage of the view. The home is located in a 24-hour-guard-gated community behind a gated motor court.

Pacific Palisades is well known for its celebrities including Ben Affleck and his good friend Matt Damon, Billy Crystal, Tom Hanks and Goldie Hawn. Sports figures also make it home including Sugar Ray Leonard and Alan Smolinisky, owner of the Los Angeles Dodgers. It was also once home to Ronald and Nancy Reagan.

Film-producer Steve Chasman and his actress-wife, Nadia Farès, who has appeared as Jade Agent Kinler in the 2007 action/thriller War, and as Pia in the 2007 horror film Storm Warning are selling their home in celebrity-rich Pacific Palisades. Priced at $16.9 million, the listing agent is Lisa Optican of Compass, Los Angeles. 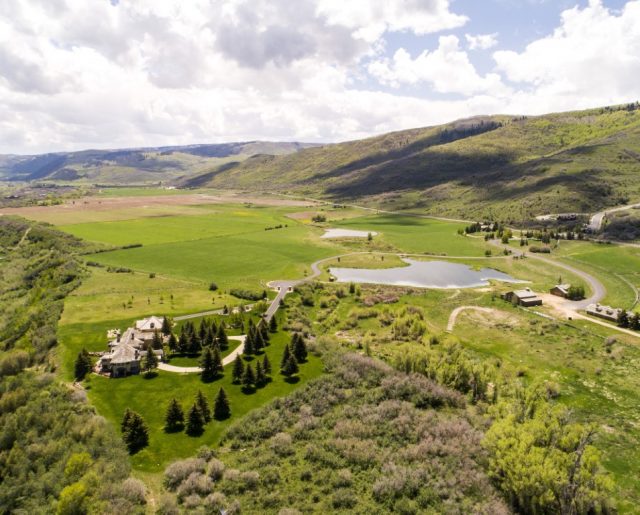 It’s a ranch that attracts foodies. Most specifically cookies and chocolate candy – is there anything more indulgent? Actually, yes....Read More