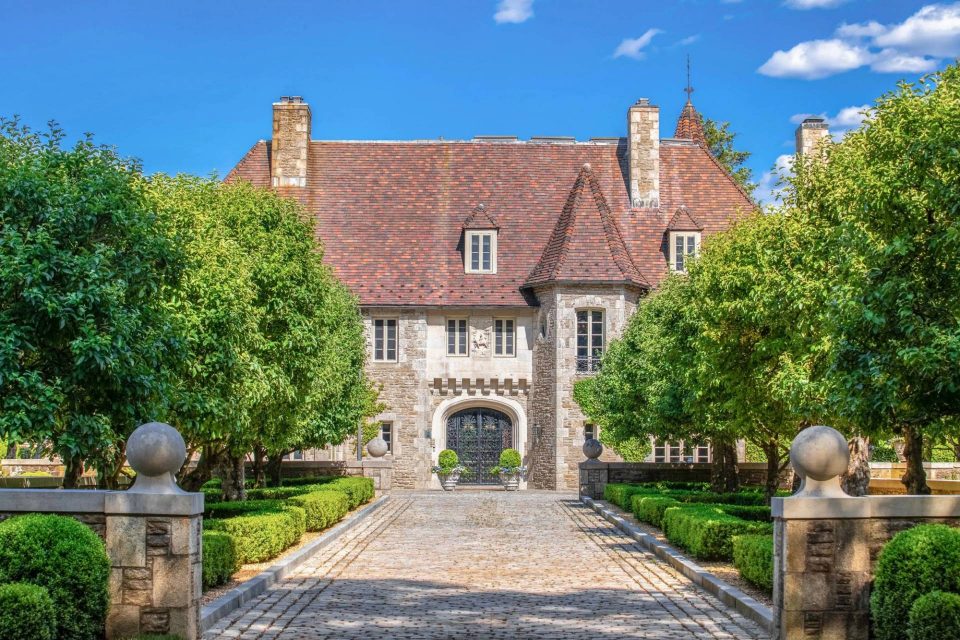 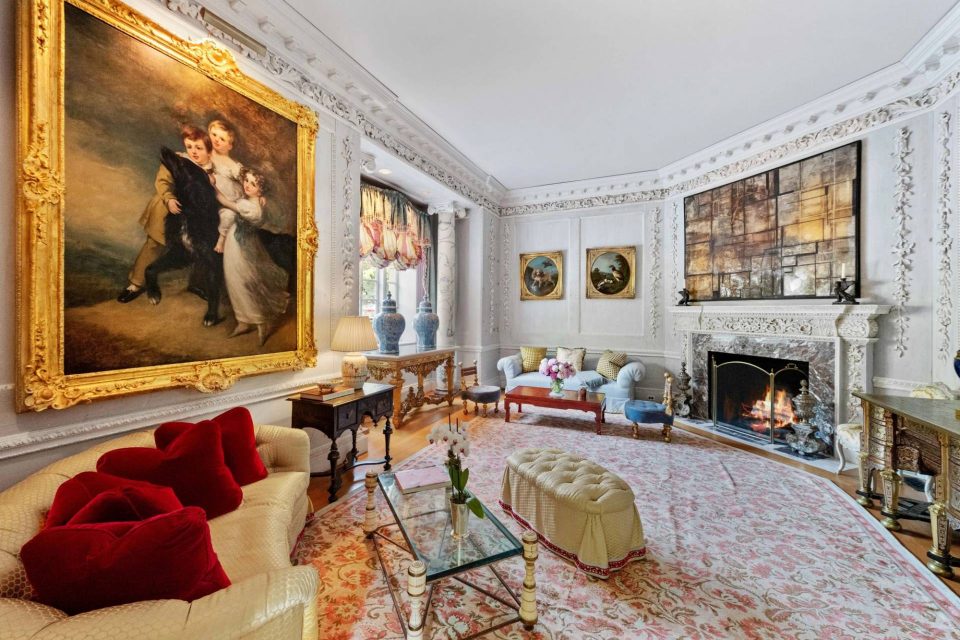 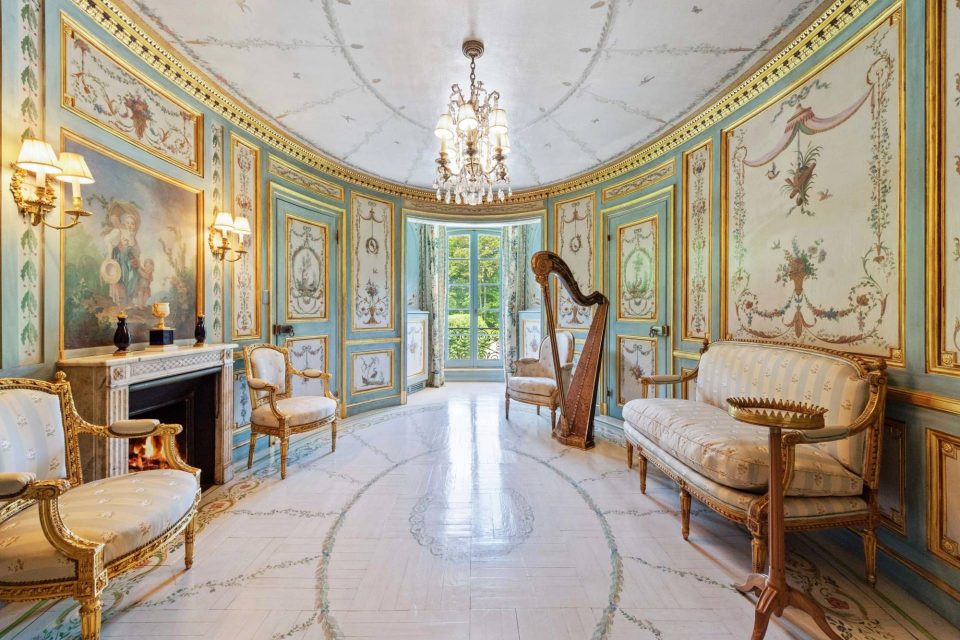 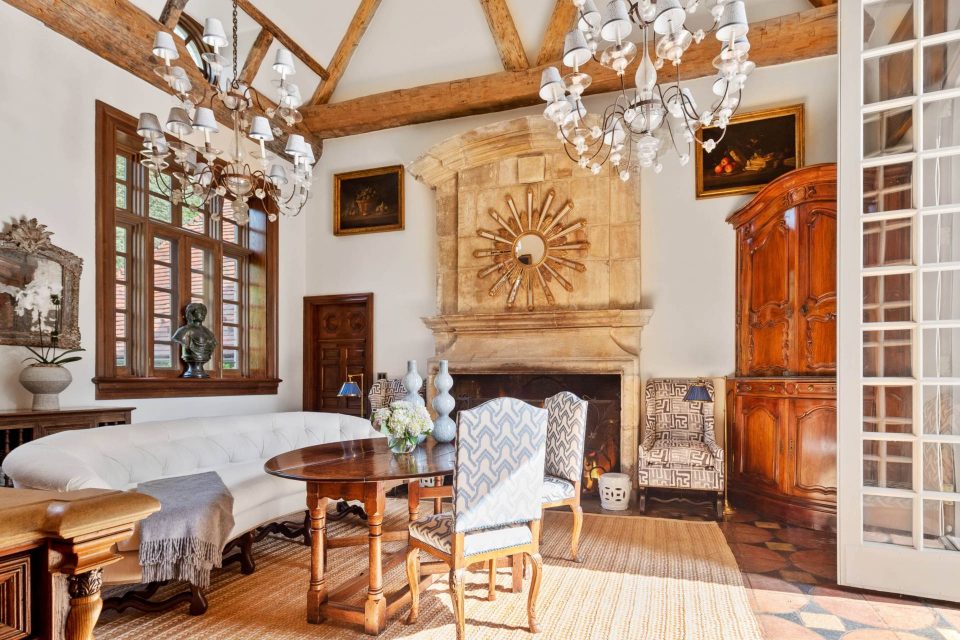 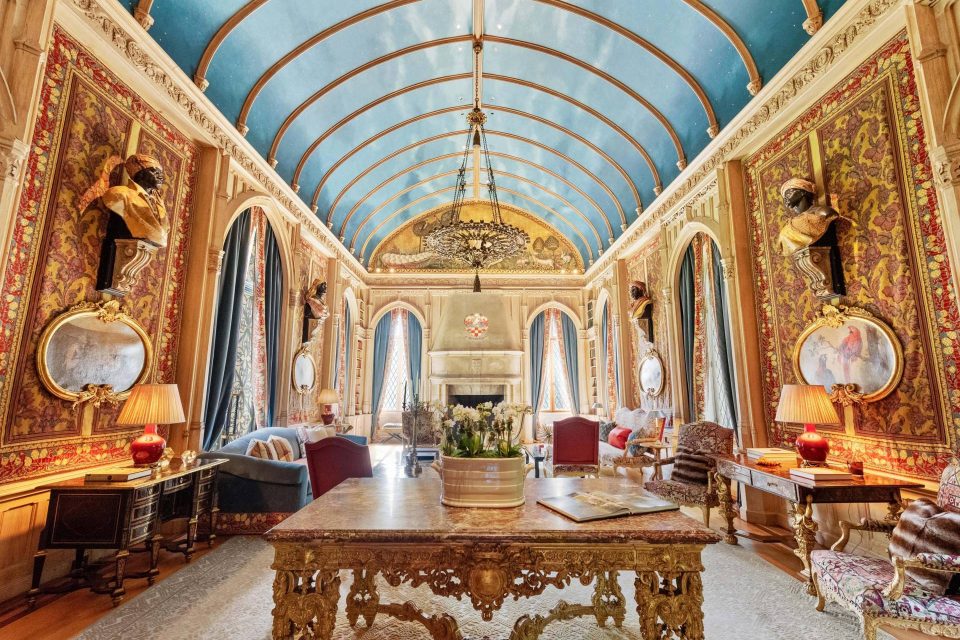 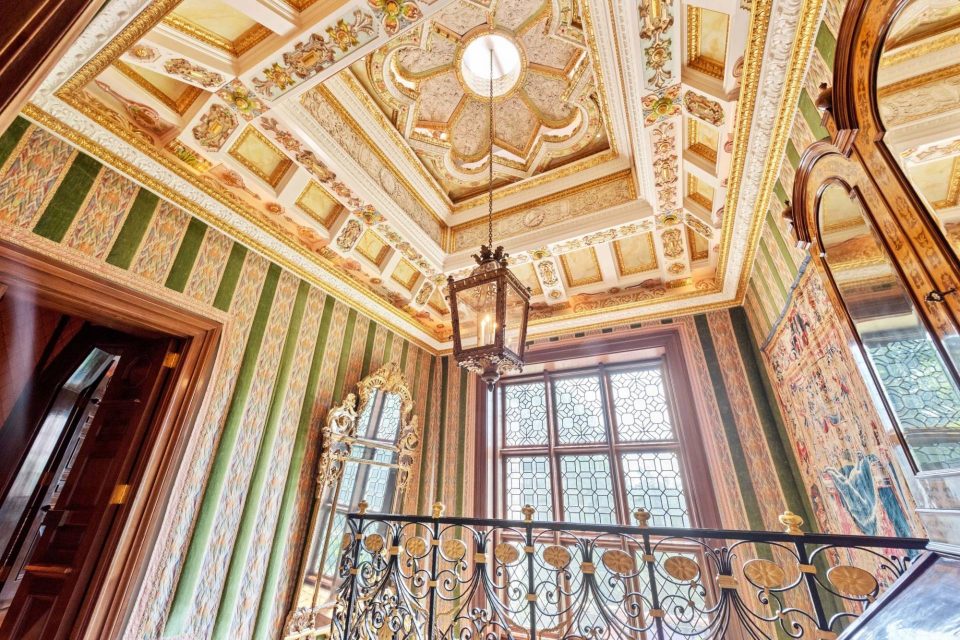 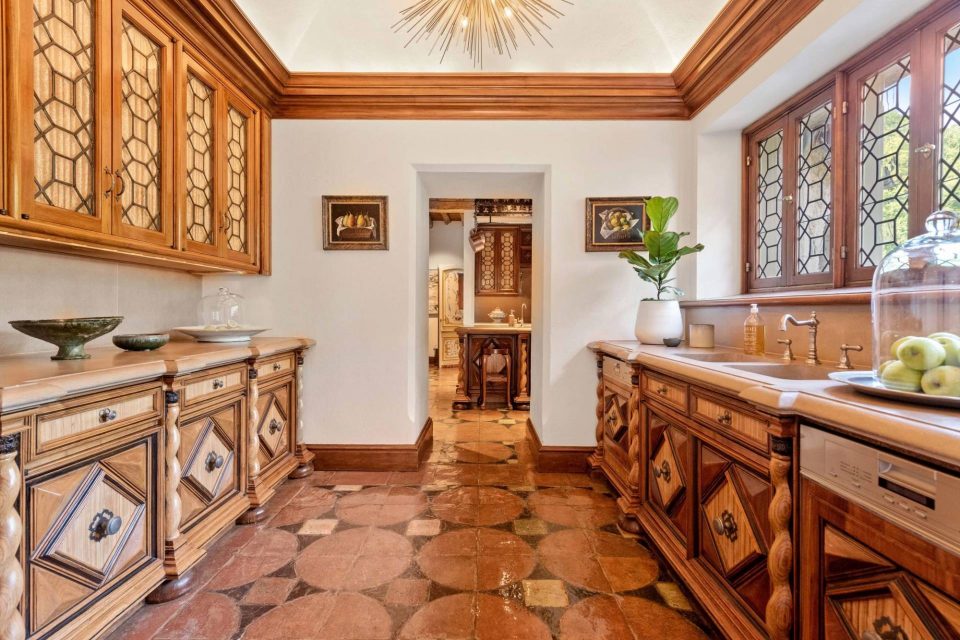 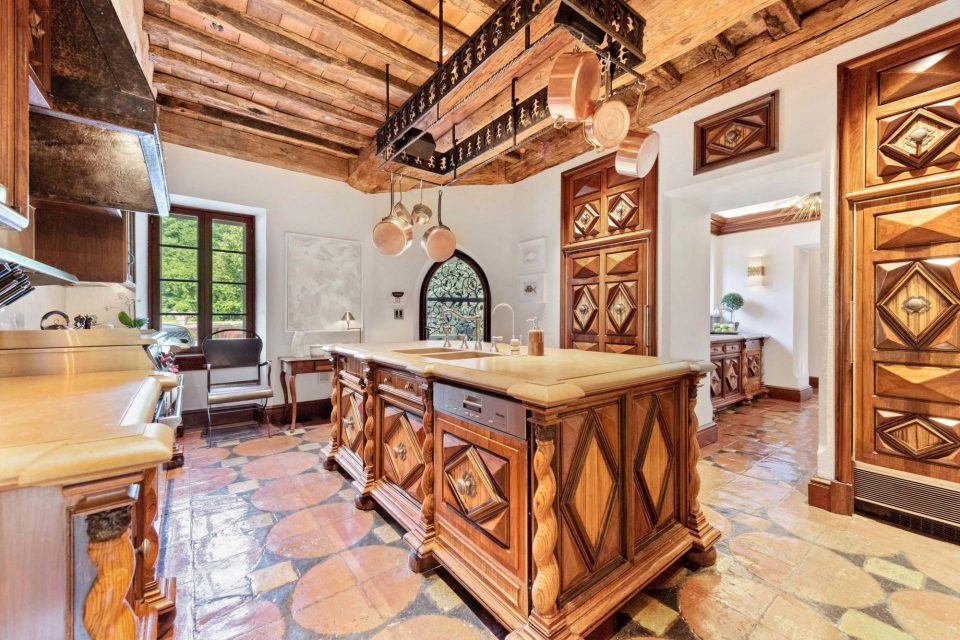 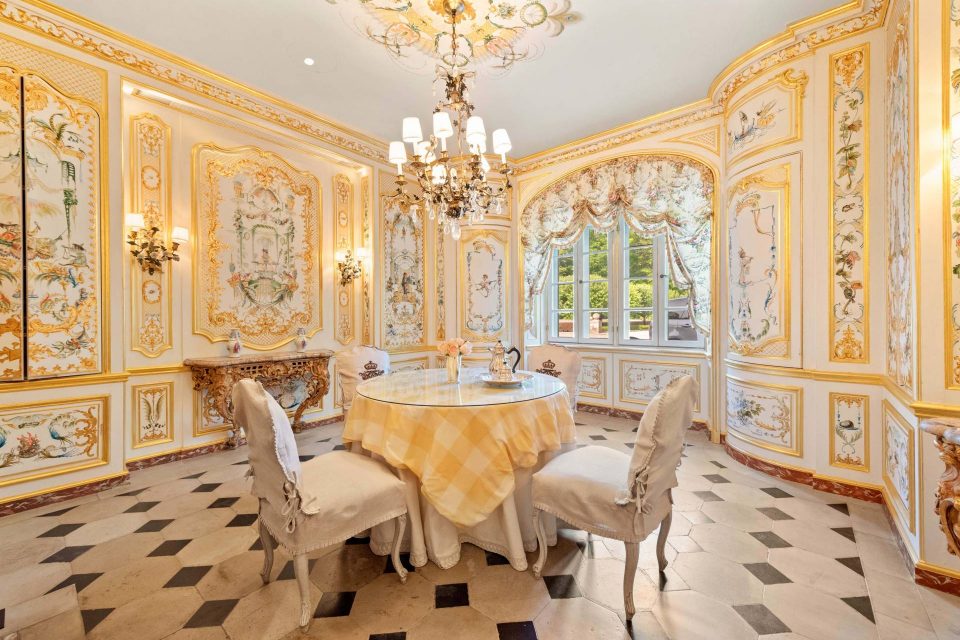 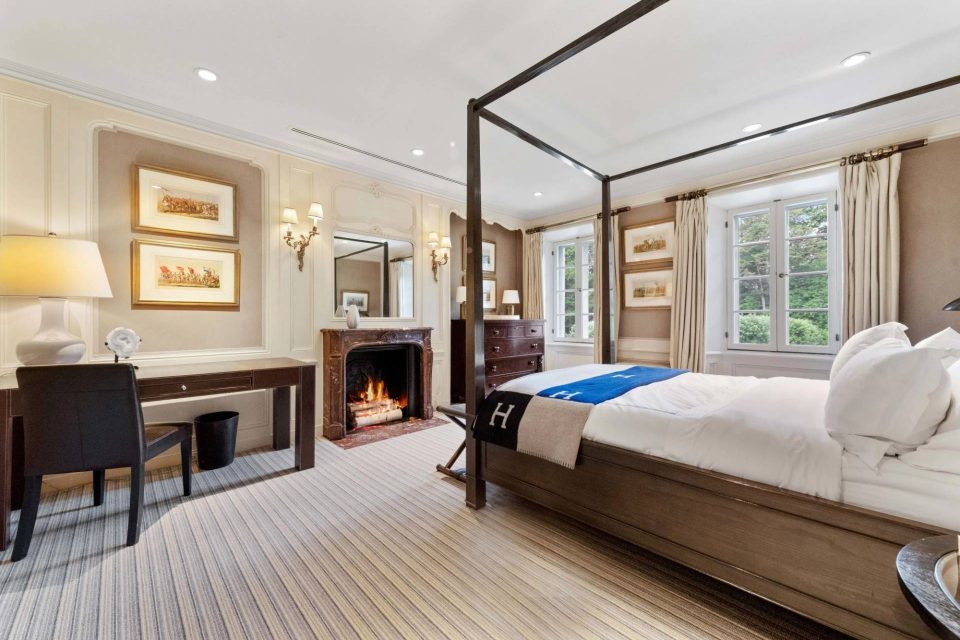 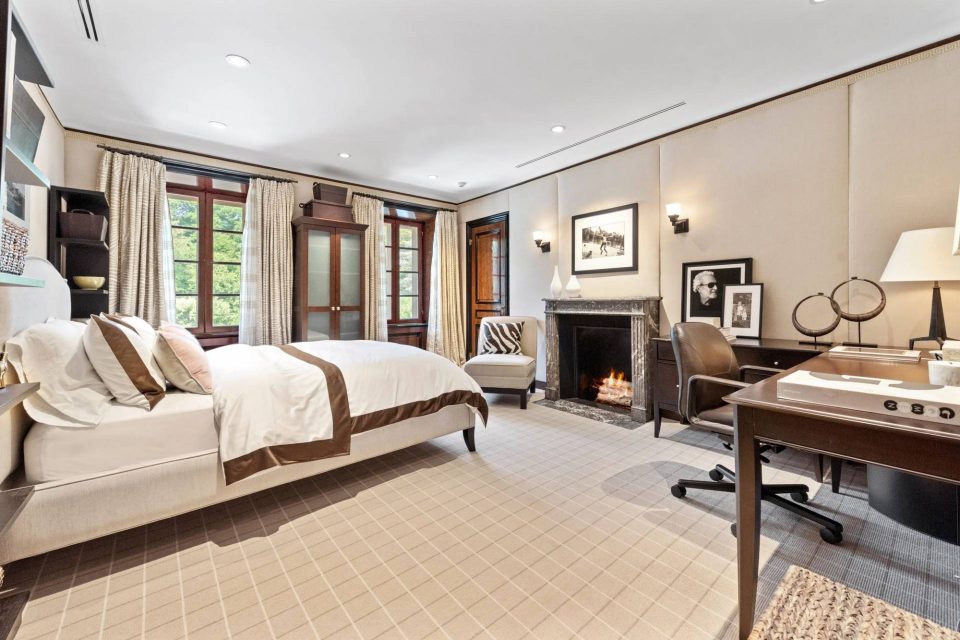 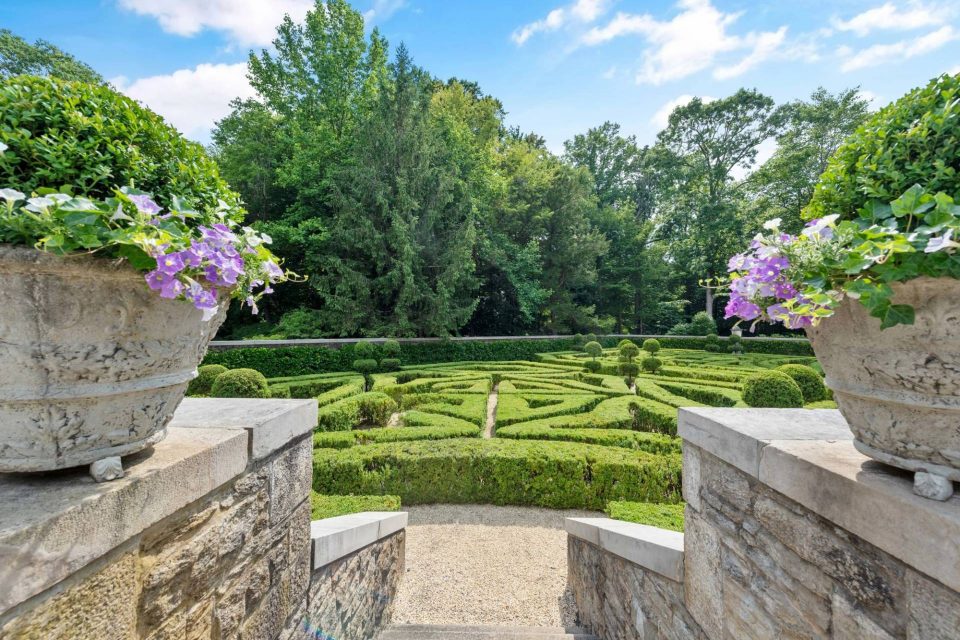 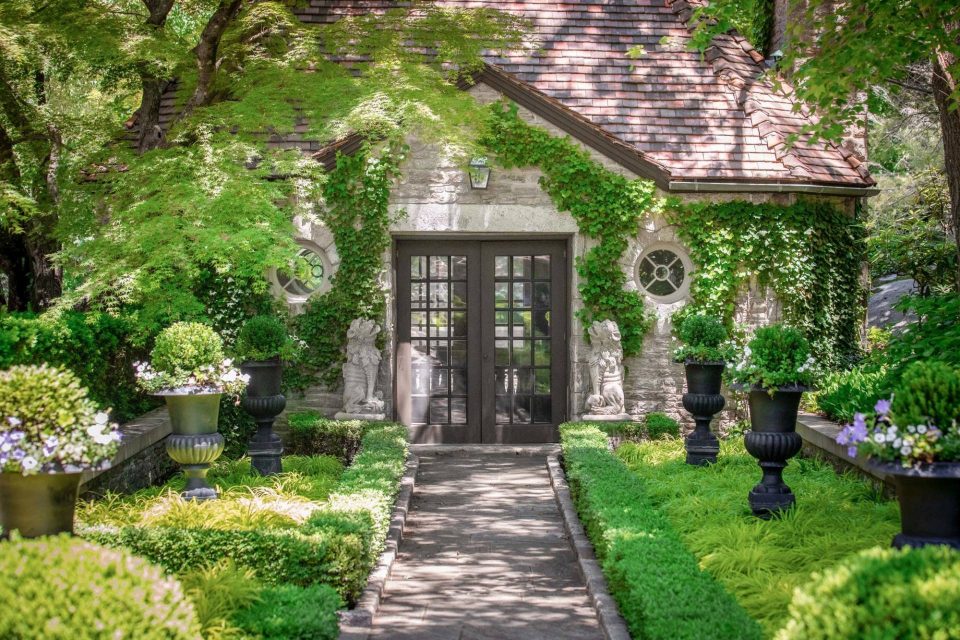 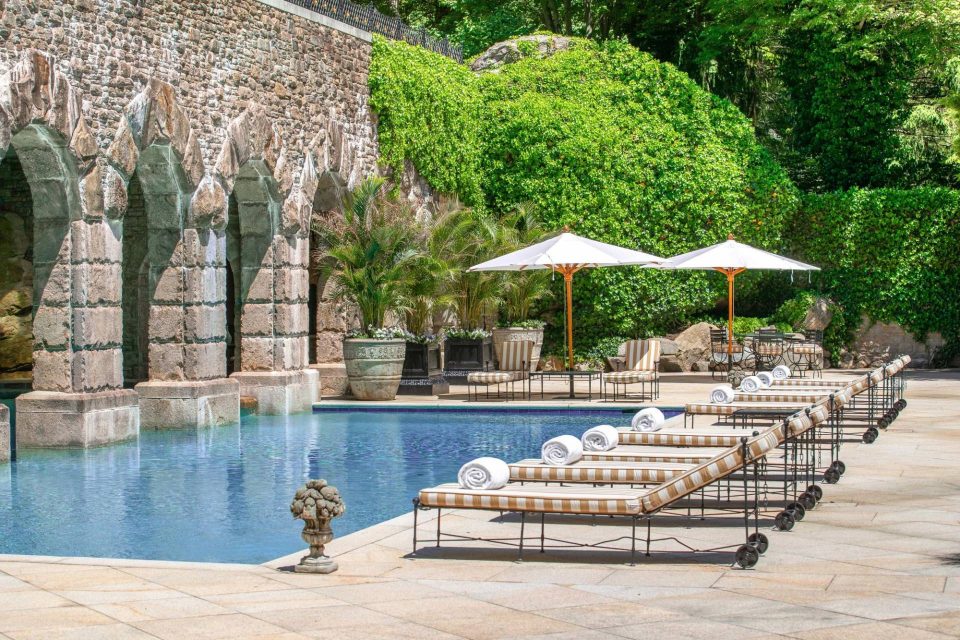 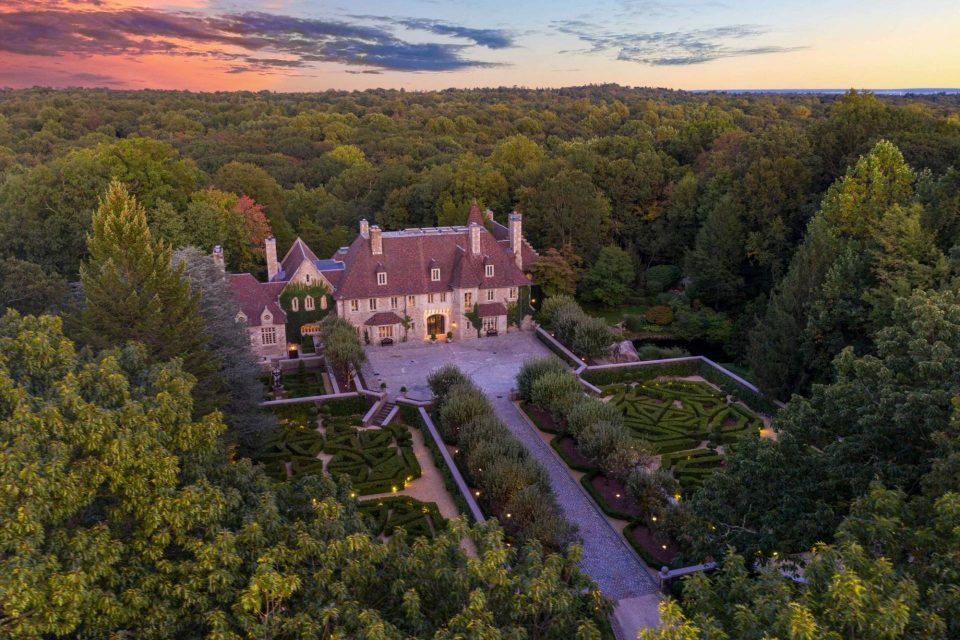 For decades, women working Nine to Five drooled over the very expensive Manolos but bought Nine West.  Equally stylish but with a reasonable price tag, the shoe line was the brainchild of Vince Camuto, whose first talent was to understand exactly what women wanted.  Whether it was from his company Nine West or from one of his collaborators after Nine West was sold for $900 million, the niche he found in selling high-fashion footwear that was affordable made him a millionaire many times over.

Camuto, who died in 2015, owned some of the most elegant properties in the country such as his $72 million Hamptons estate and his $40 million Hamptons horse farm.  But his favorite was a neglected and rundown mansion in Greenwich, Connecticut that Camuto discovered in 1984. Camuto and his wife, Louise, spent years restoring the home to one of the most beautiful on the East Coast, each room with a different theme and adding art and period furniture collected from throughout the world. The Camuto estate is now being sold by his widow who acted as creative director of the Camuto Group and former Miss Sweden in 1989.  Previously on the market for $26.5 million, Camuto’s estate will be going to auction on August 12th with no reserve.

Built in 1927, Chateau Ridge might be the finest example of Normandy-style châteaux in the U.S.  Its Old World craftsmanship in the elaborate, detailed and hand-painted ceilings, and the hand-painted and hand-carved paneled walls are museum quality.  Surrounded by over four acres of equally elaborate landscaped grounds, the main residence is reached by a long-apple-tree-lined drive past the iron entry gate.  At 16,301 square feet, the residence has 13 bedrooms, 18 baths, multiple sitting and dining choices and provides grand rooms with curated furnishings and antiques, some from the 16th century.  A more contemporary style can be found in many of the bedroom suites and entertaining spaces.  Limestone fireplaces from a French monastery are found throughout the home. An interesting touch is the home’s great room that soars 40 feet overhead with a ceiling painting of the sky on the night Camuto was born June 4, 1936.

Manicured grounds of open lawn, mature trees and shrubs and carefully clipped box parterre gardens invite long-lazy summer strolls.  The activity oriented will enjoy the tennis court and the resort-style pool with a large private grotto.  There is also a tennis house with double-tiered viewing, a two-bedroom guest house and staff quarters.  There are five detached garages with capacity for seven cars.

Fashion designer Vince Camuto’s fabulous estate in Greenwich is just a one-hour train ride to New York’s Grand Central Station.  Formerly listed at $26.5 million by Shelly Tretter Lynch and Kimberly Johnson of Compass, the property will go to auction with bidding opening on August 12th with no reserve.  Furnishings will be offered to the highest bidder at an additional price. 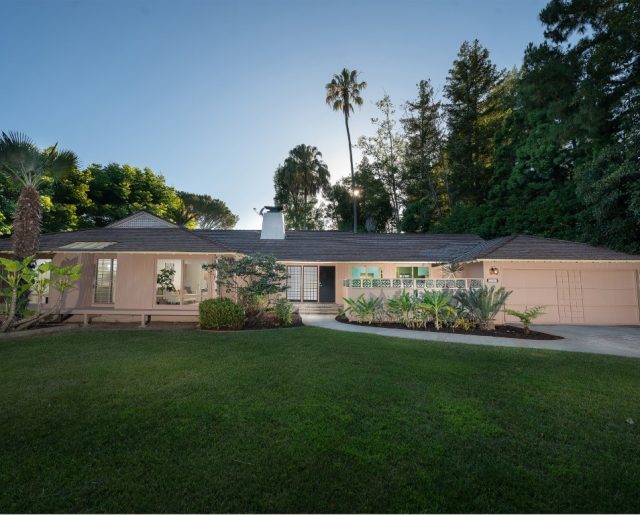 For the first time in 65 years, welcome to the inside of the “Miami” home of TV’s The Golden Girls....Read More