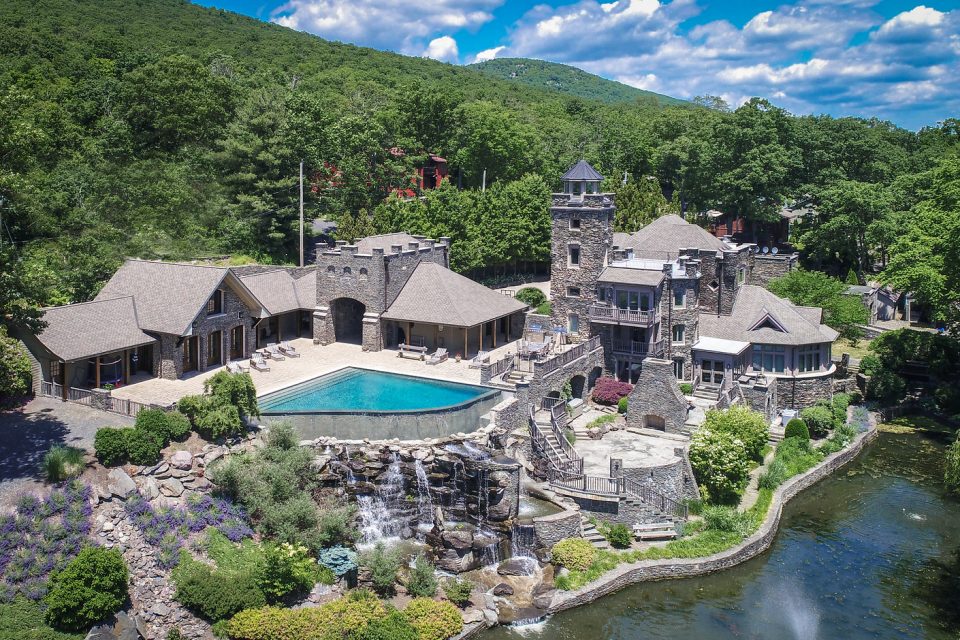 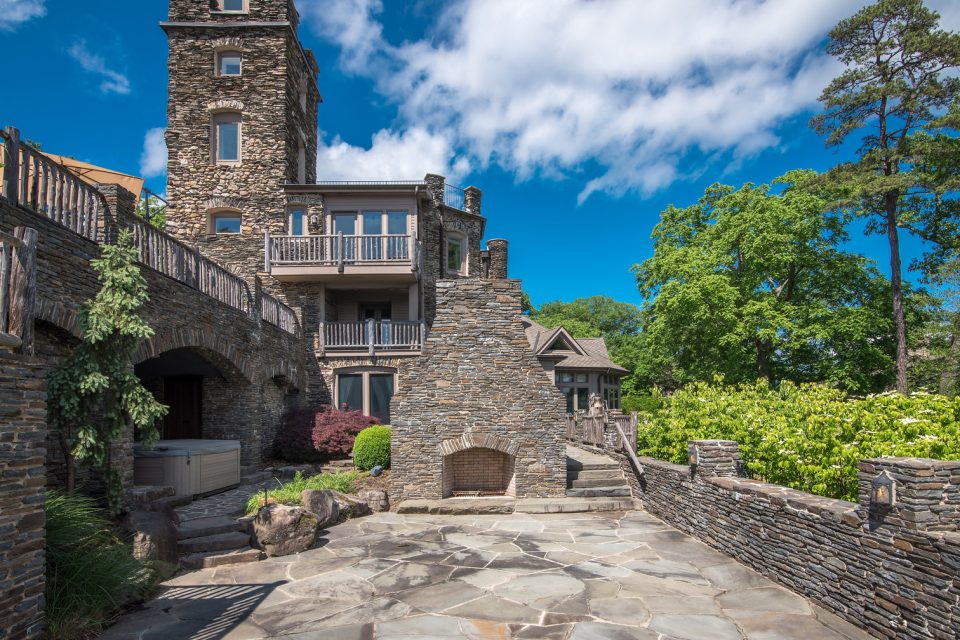 The estate is actually two castles - the master castle with a connected tower and a guest castle. 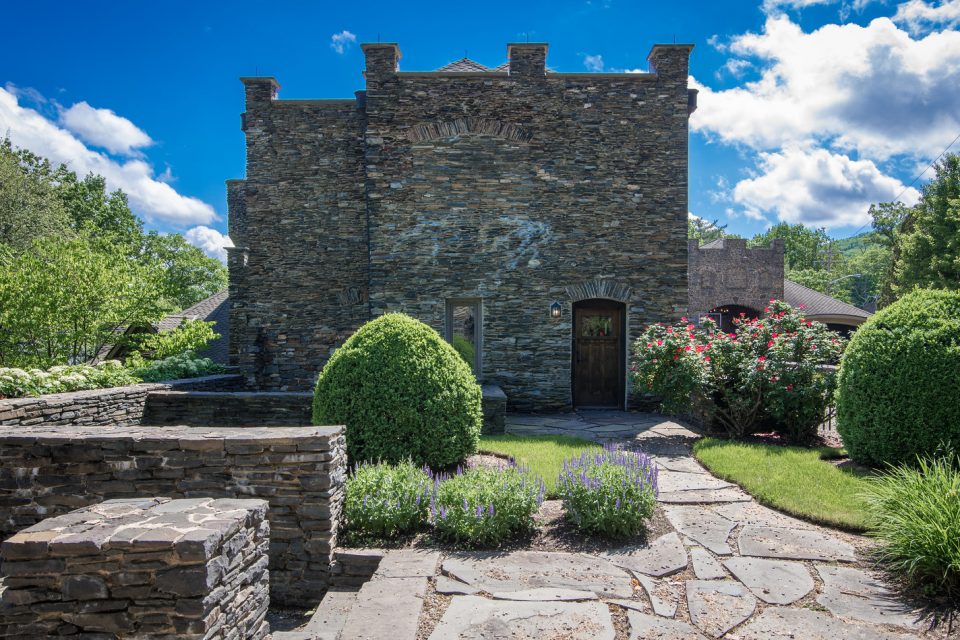 Jeter spent many of his childhood summers at the castle swimming, playing sports and chores. 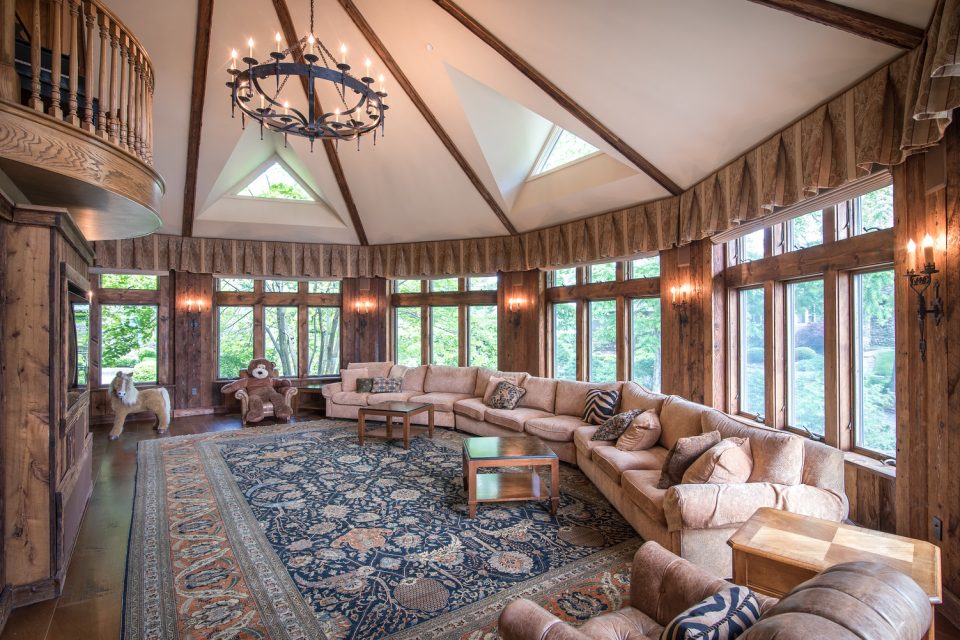 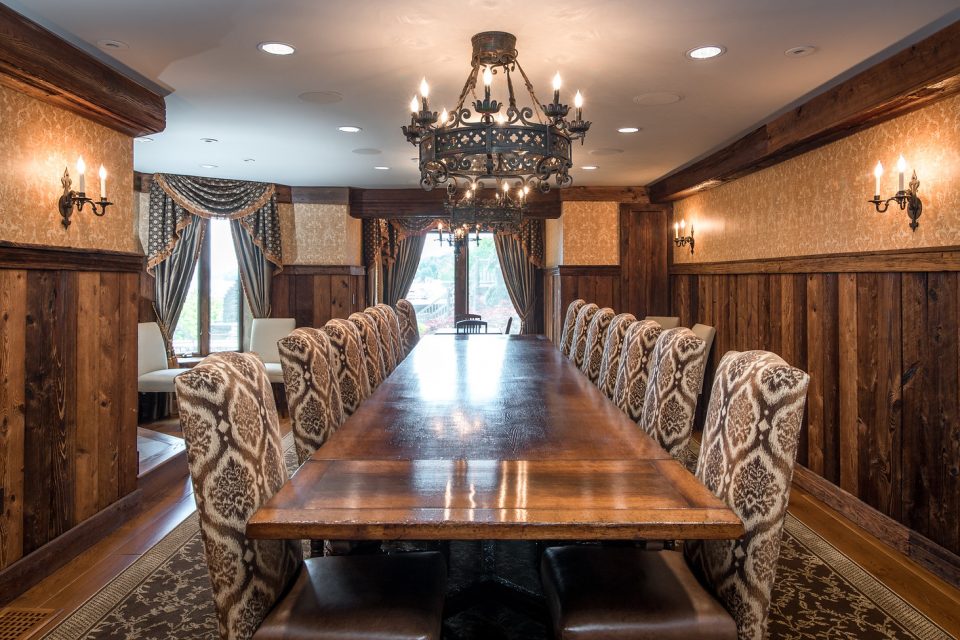 The main dining room has seating for many family members and friends. 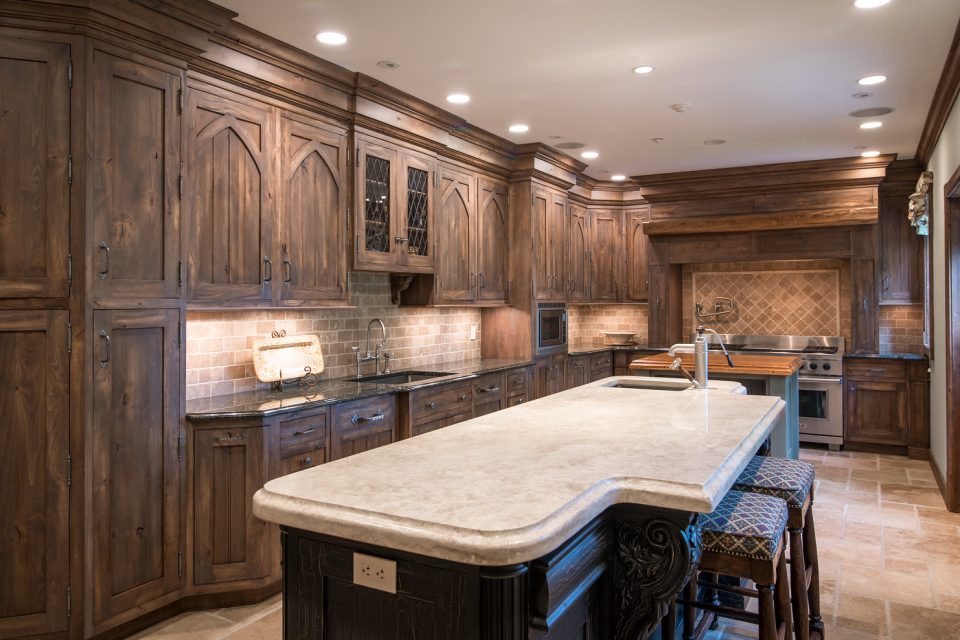 One of four indoor kitchens. 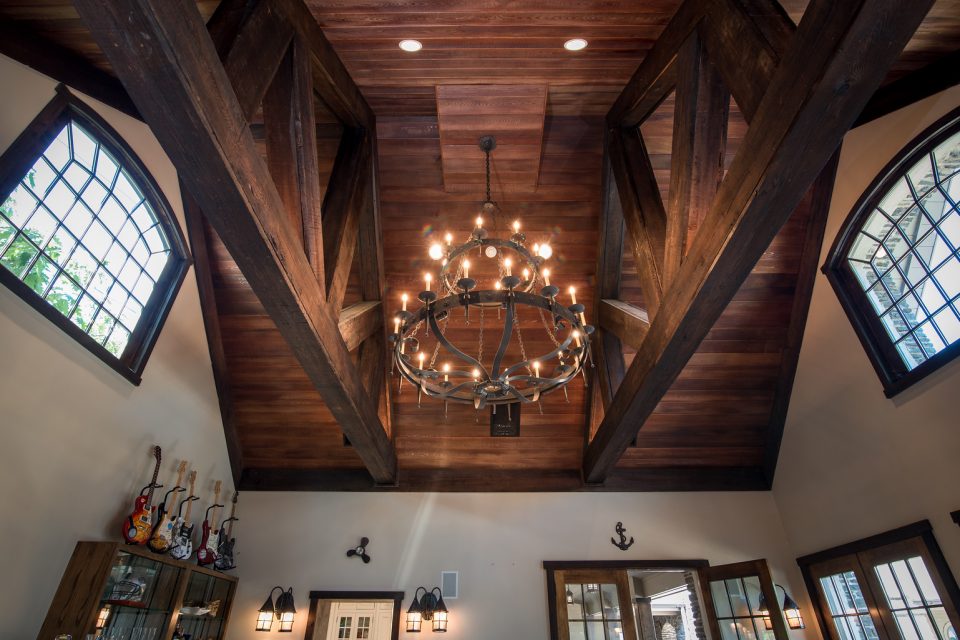 There is stunning woodwork throughout. 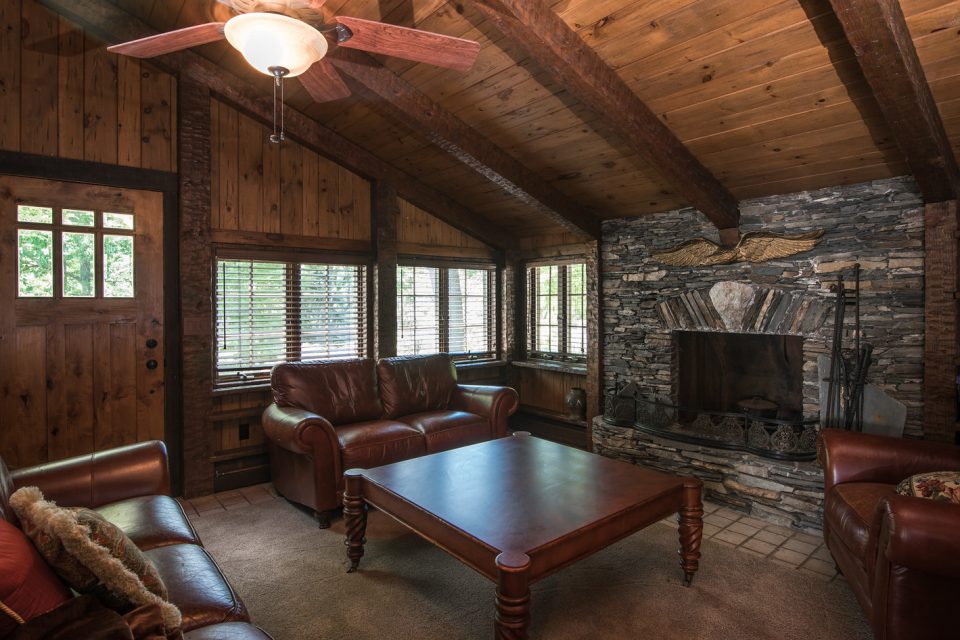 Cool nights can be enjoyed by a cozy fire. 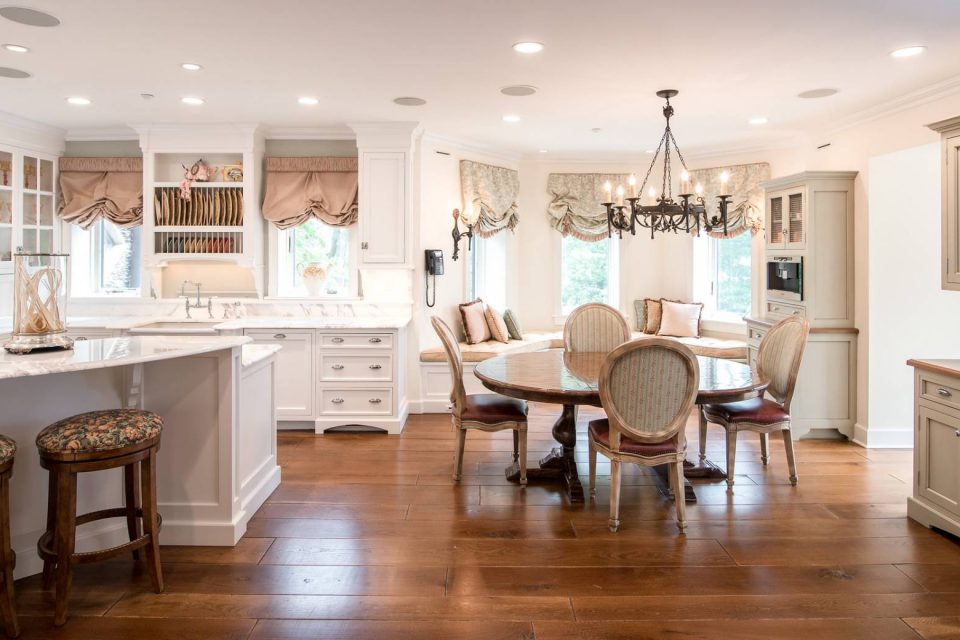 One of the sun-filled kitchens. 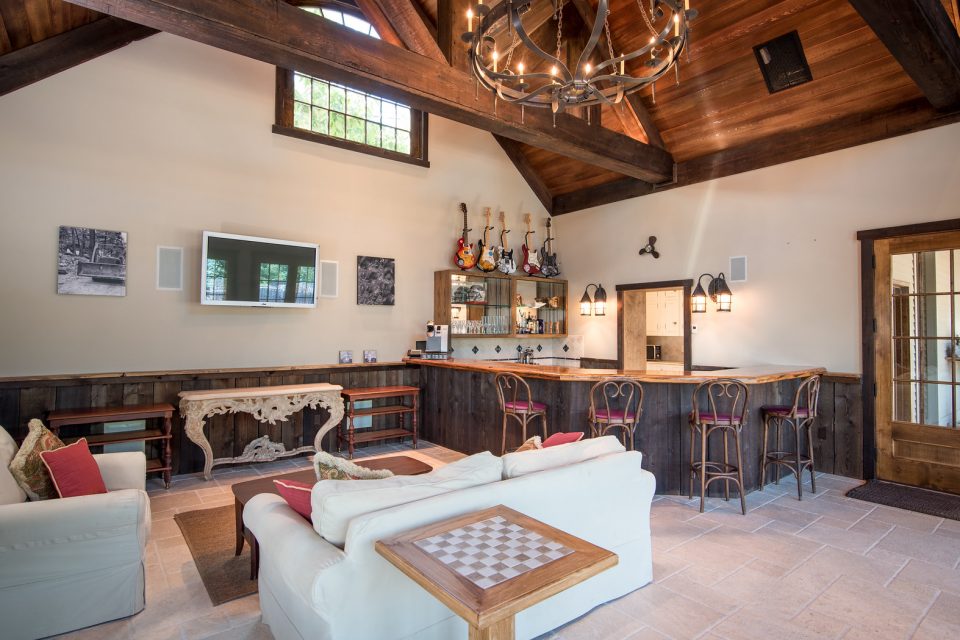 The bar is a laid back place to chat with friends and play a game of pool. 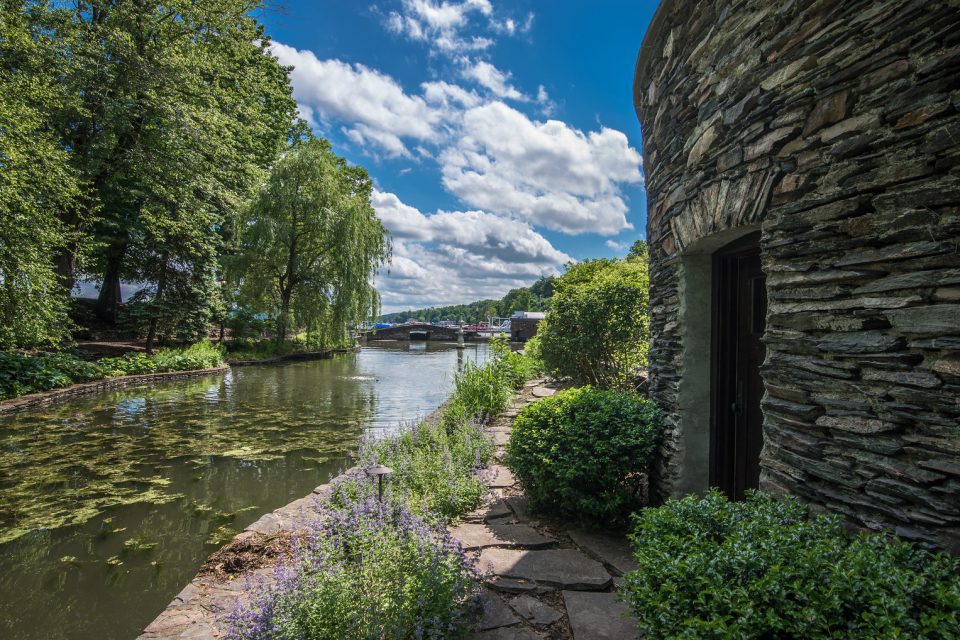 There are many places to stroll along the water's edge. 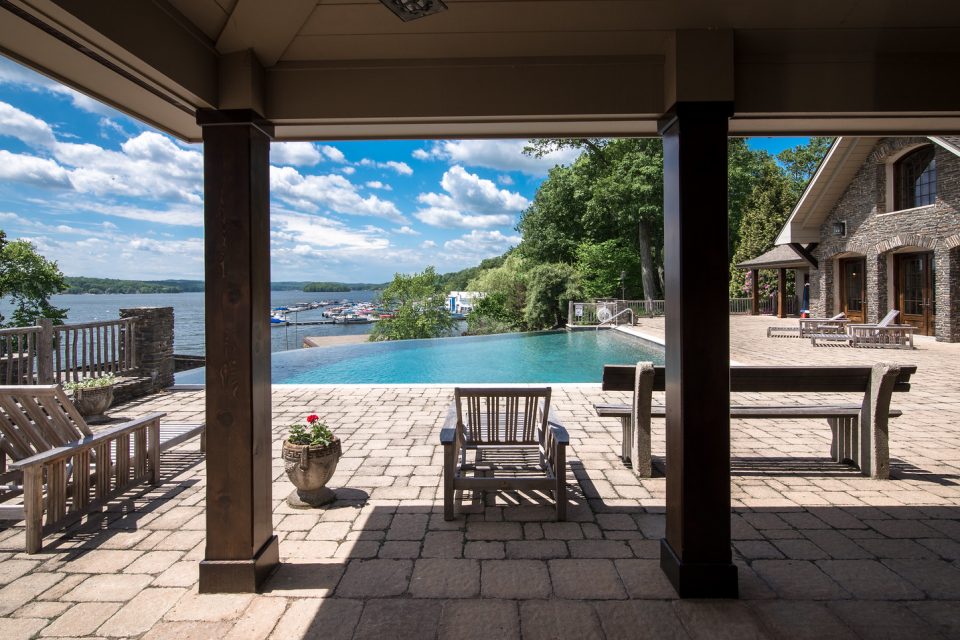 The infinity edge pool is a favorite gathering spot on warm summer days.

More unique than almost anything else on the real estate market today and expansive enough for family, extended family, teammates and favorite friends, retired New York Yankees star and first-ballot MLB Hall of Famer, Derek Jeter, has dropped the price on his castle-like resort home on Greenwood Lake in New York by $2 million. Previously listed in 2018 at $14.75 million, it is now back on the market at $12.75 million.

Known locally as “The Castle” and originally built in 1903 by New York Doctor Rudolph Gudewill for his wife, the estate is actually two castles - the master castle with a connected tower and a guest castle. After Gudewill died, John and Julia Tiedemann bought the castle, where they lived with their 13 children including an adopted son, William Connors. Connors was later to become Jeter’s maternal grandfather. Jeter spent many of his childhood summers at the castle swimming, playing sports and chores. The Tiedemanns sold the estate in 1996, but when it came back on the market in 2002, Jeter bought it and began a long and expensive restoration.

Greenwood Lake, where the borders of New Jersey and New York join and just 50 miles from New York City, has been a popular tourist destination since the late 1800s attracting wealthy vacationers and celebrities such as Greta Garbo and Babe Ruth. Ruth had a home in Greenwood and spent his free time speeding around the lake in his boat and stopping at Maplewood Inn for a drink or two or three. Always known as a place to spot celebrities, the lake has attracted its share of New York Yankee players and fans. The seven-mile lake, restaurants and rural atmosphere attract frequent weekend visitors from New York City, New Jersey and Philadelphia.

Encompassing 12,590 square feet of living space between the main and guest castles, the Jeter compound includes four indoor kitchens, one outside kitchen and an extra-large, infinity-edged pool. Living areas include six bedrooms, seven full and five half baths, great room, four kitchens, multiple stone fireplaces including one on the terrace, dens, game room, sunroom, formal dining room, office, gym and family room with a bar. The turret opens out to a widow's walk, which is duplicated on the guest house, providing beautiful lake and wood views. There are extensive gardens, a Statue of Liberty replica and a four-car garage. Even with a large number of guests, there is always a quiet place to spend some alone time.

With his busy schedule as part owner and CEO of the Miami Marlins, Derek oversees the day-to-day operations of the team that surprised most baseball experts by making the MLB playoffs in 2020 and then knocked out the Chicago Cubs in the first round. Jeter also manages a plethora of other business interests and since his marriage to model Hannah Davis in 2016, is also a family man helping to raise their two young children. Unable to spend time in his castle on the lake, it makes sense to pass it on to a family who will enjoy it as much as his own family has over the years.
The listing agent is Mary Lovera with Wright Bros. Real Estate, Nyack, New York.
Photo credit: Wright Bros. 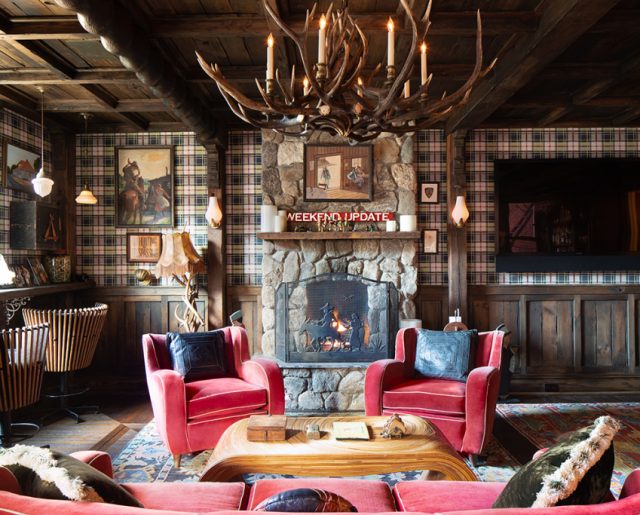 For over ten years, late-night-chat-show-host Jimmy Fallon and his film-producer wife, Nancy Juvonen, have been accumulating four apartments in New...Read More