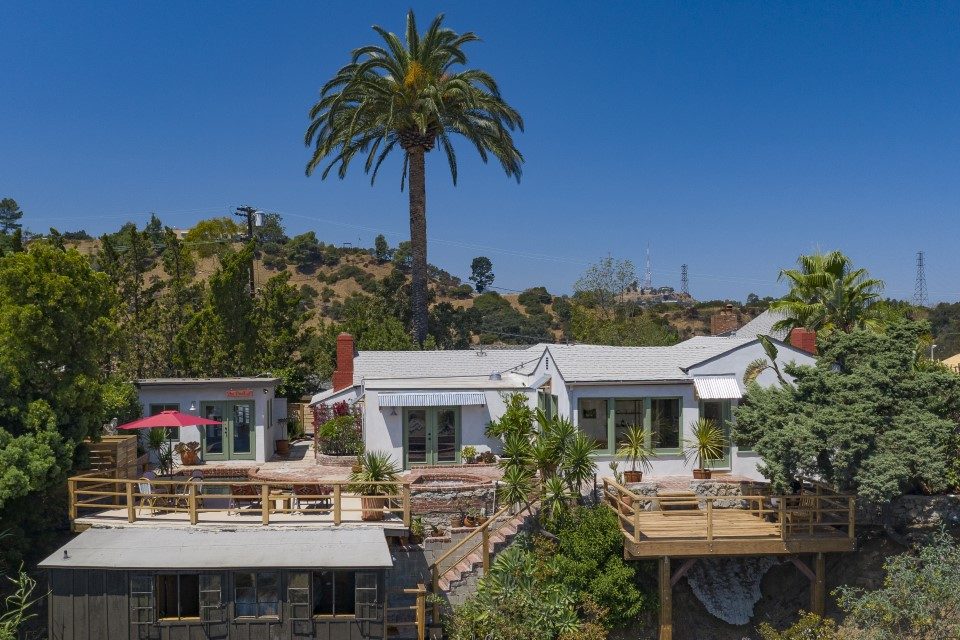 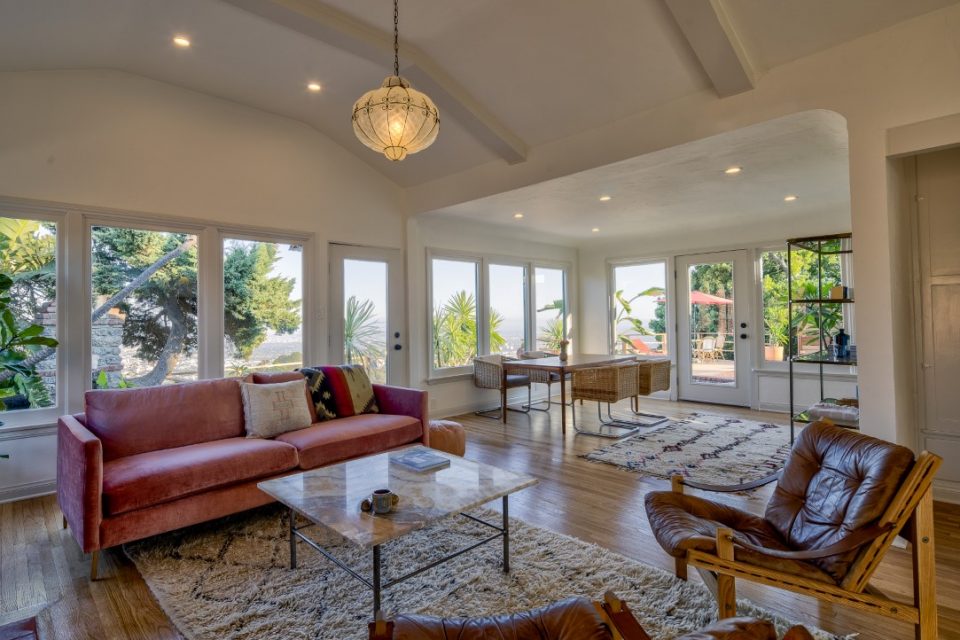 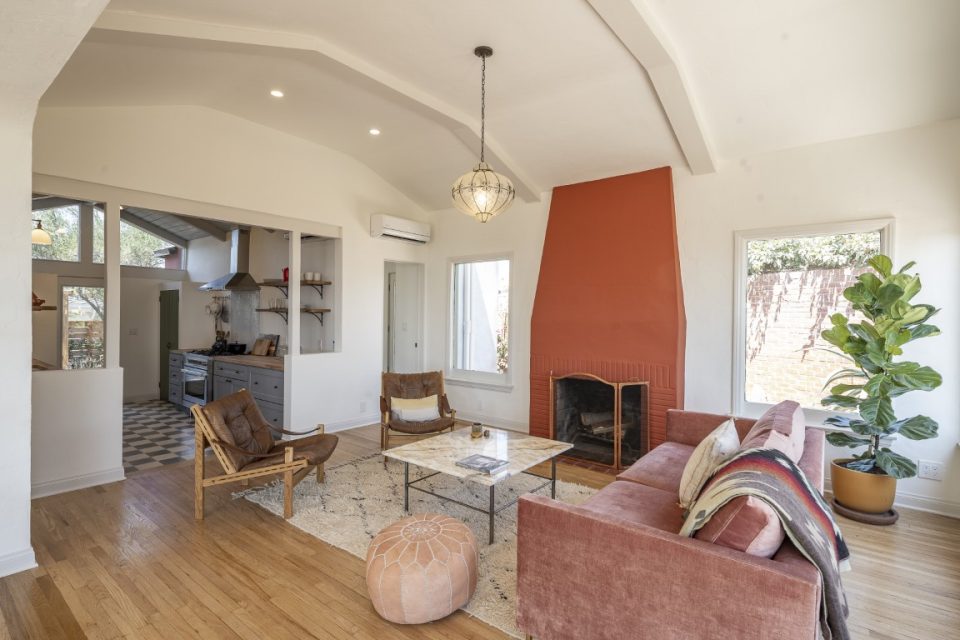 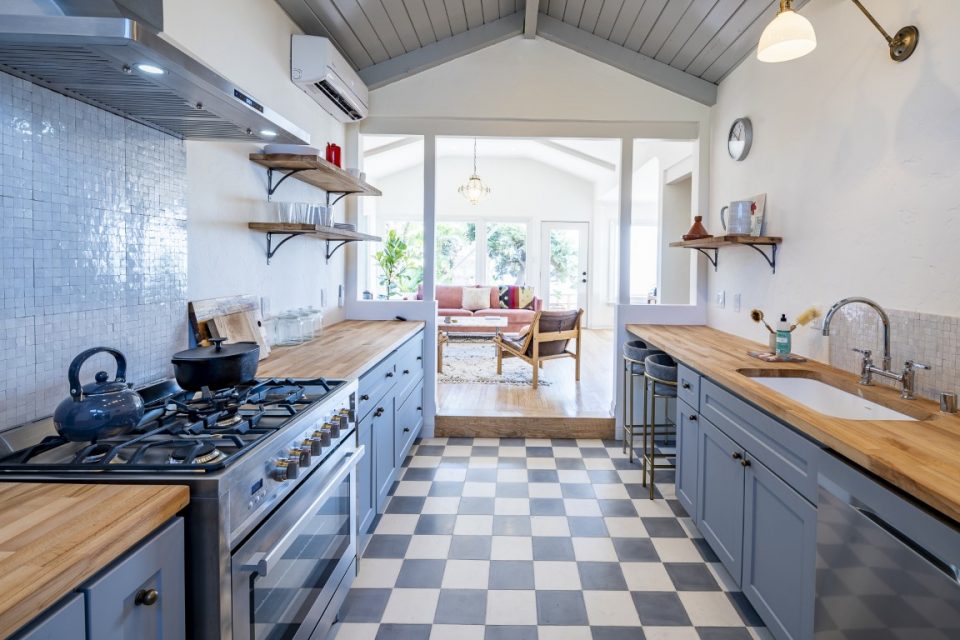 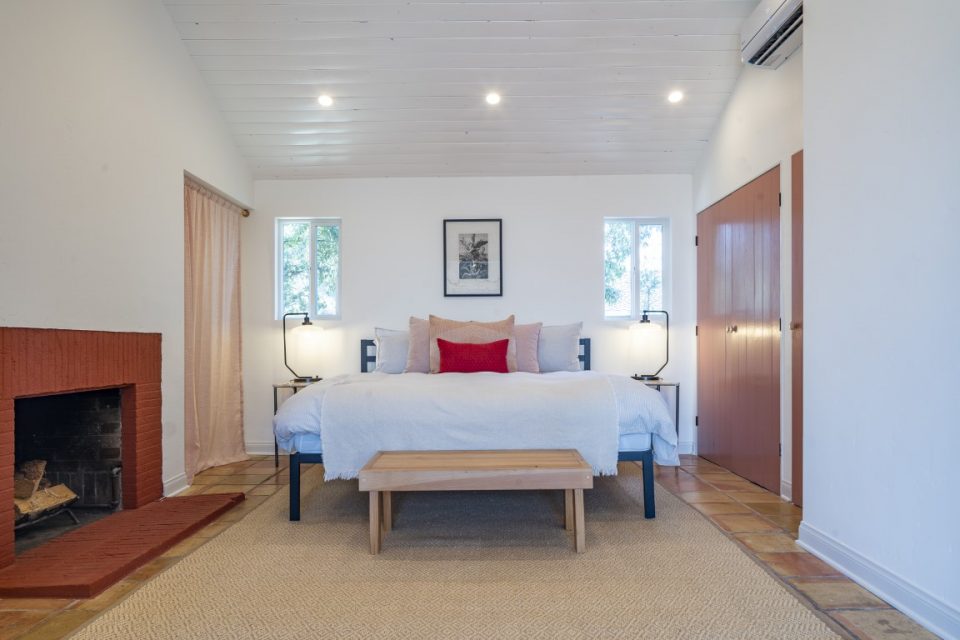 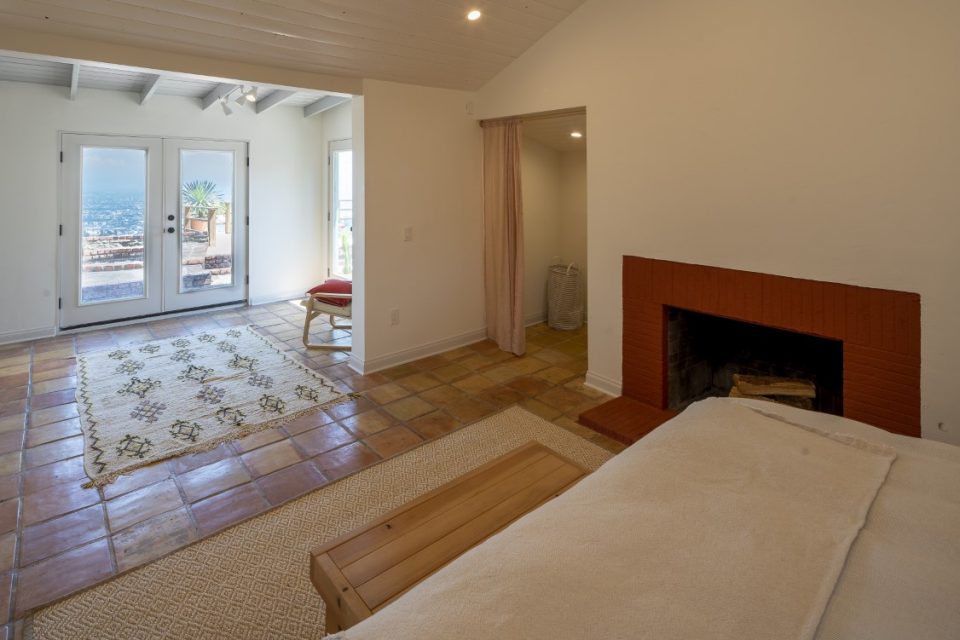 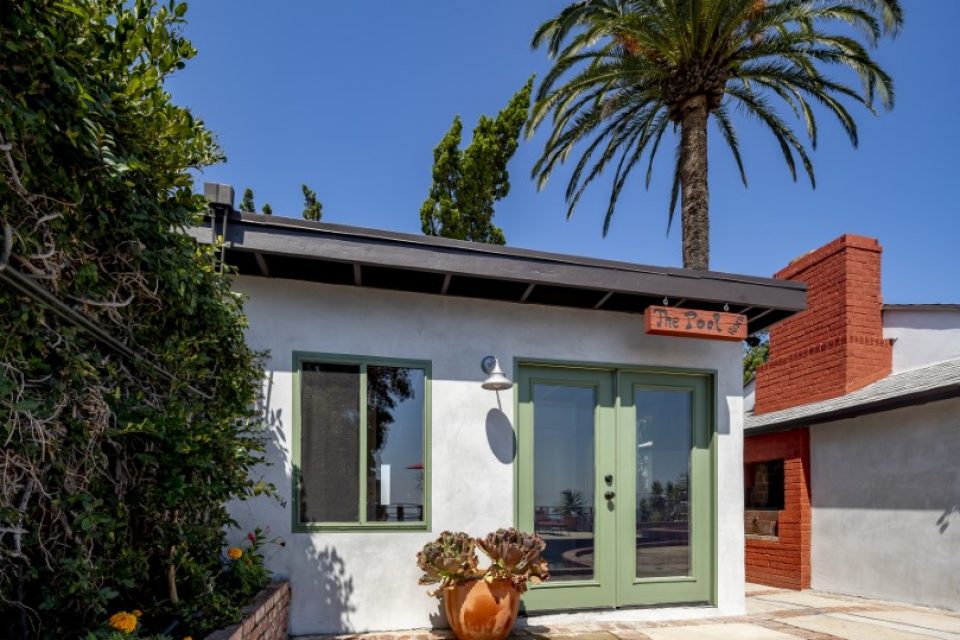 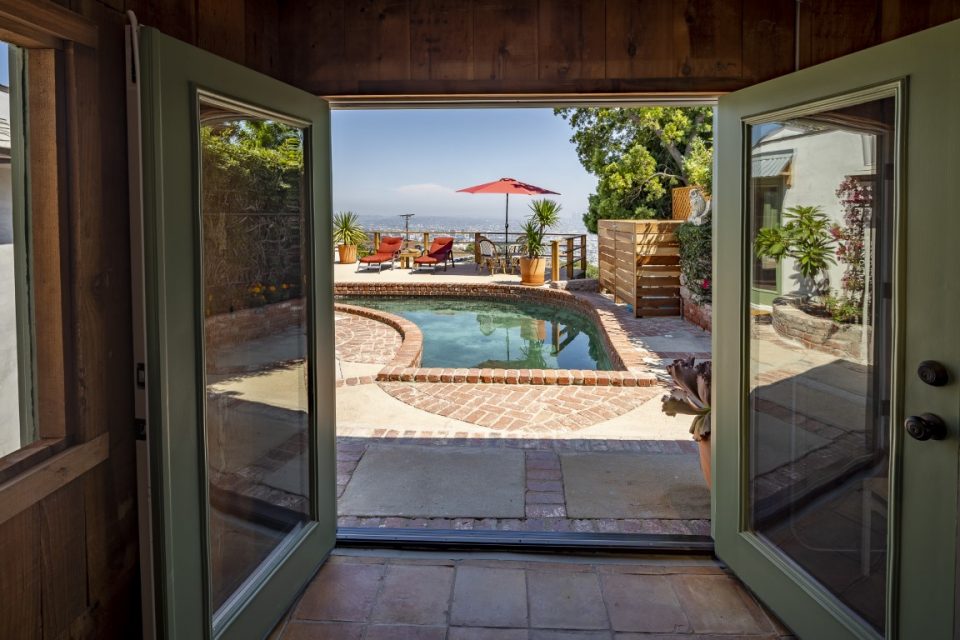 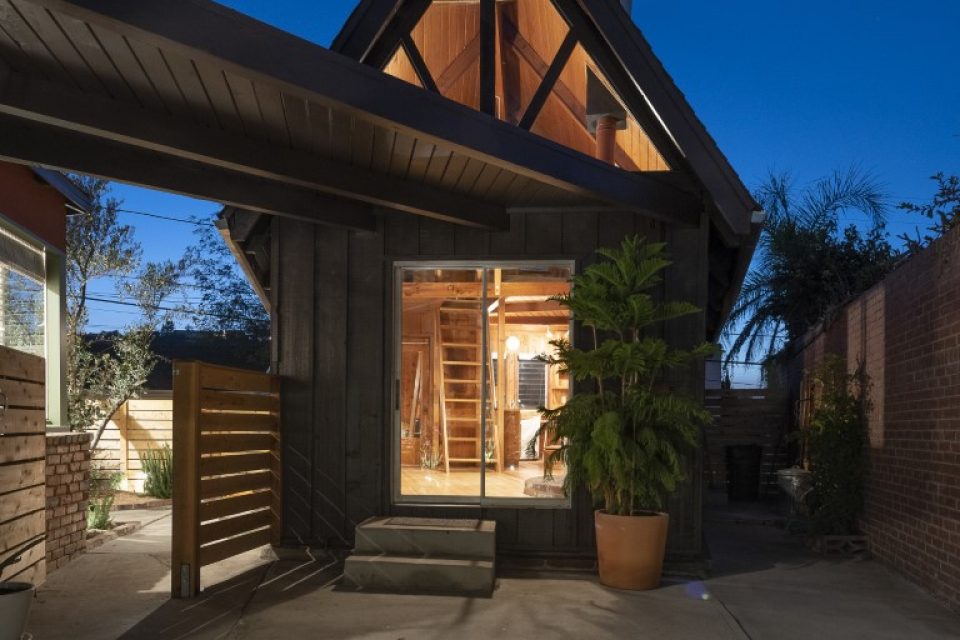 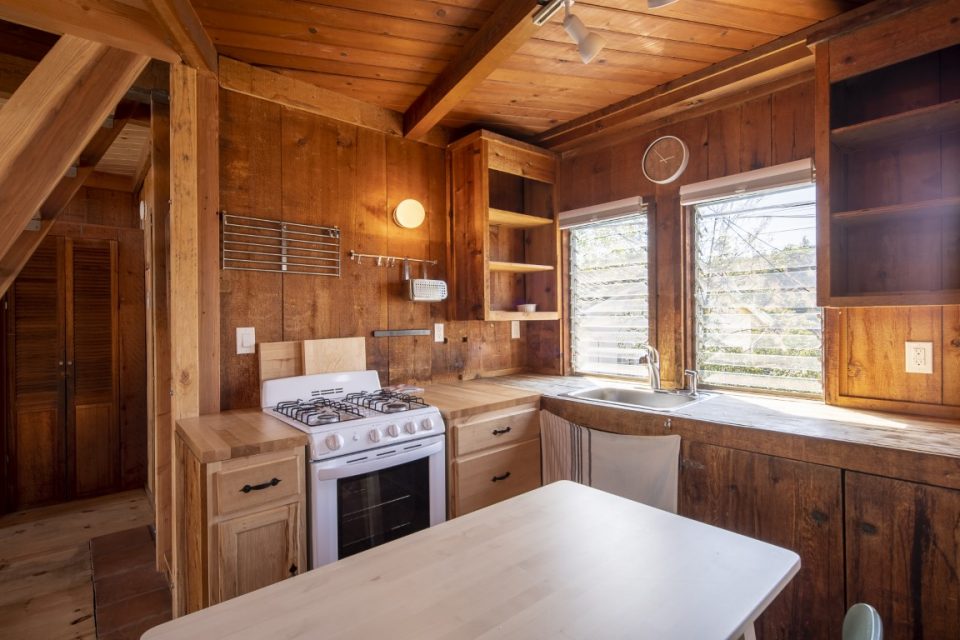 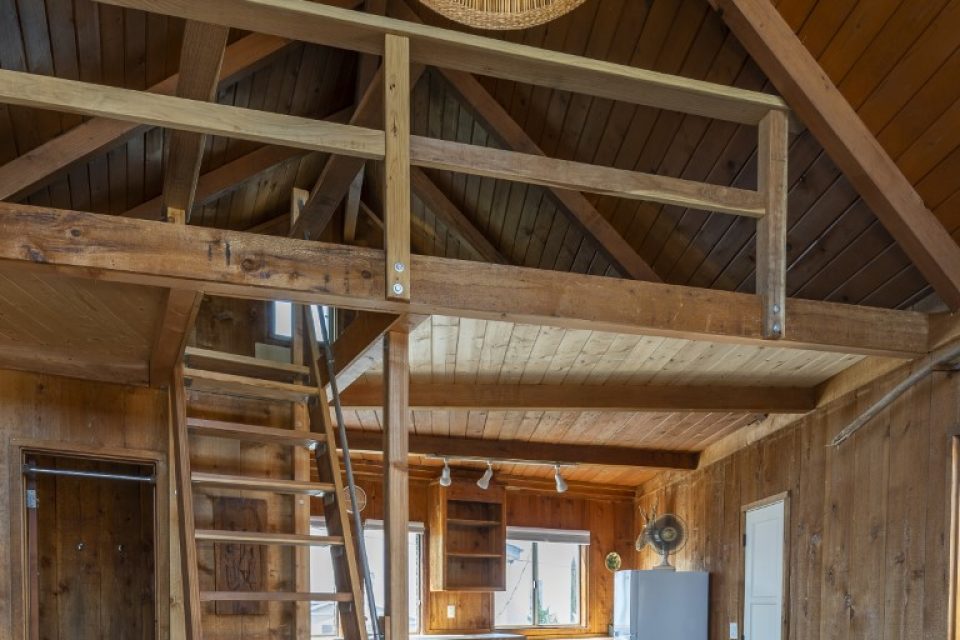 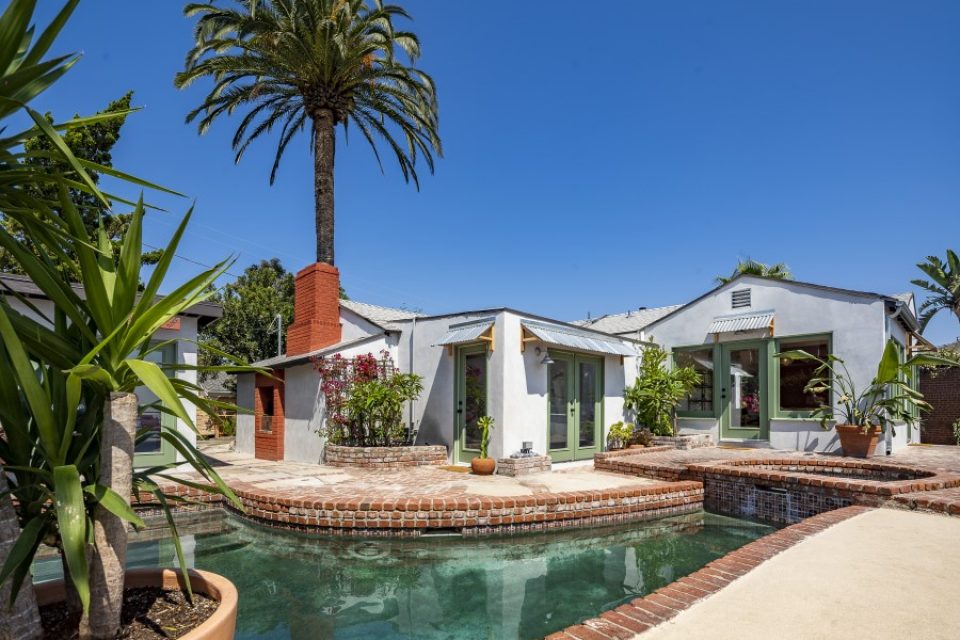 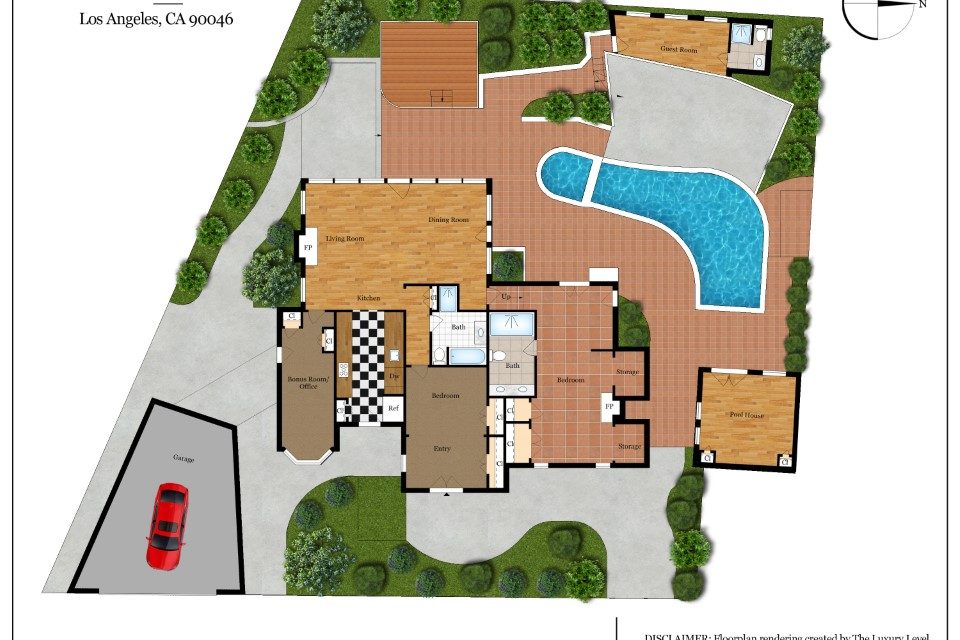 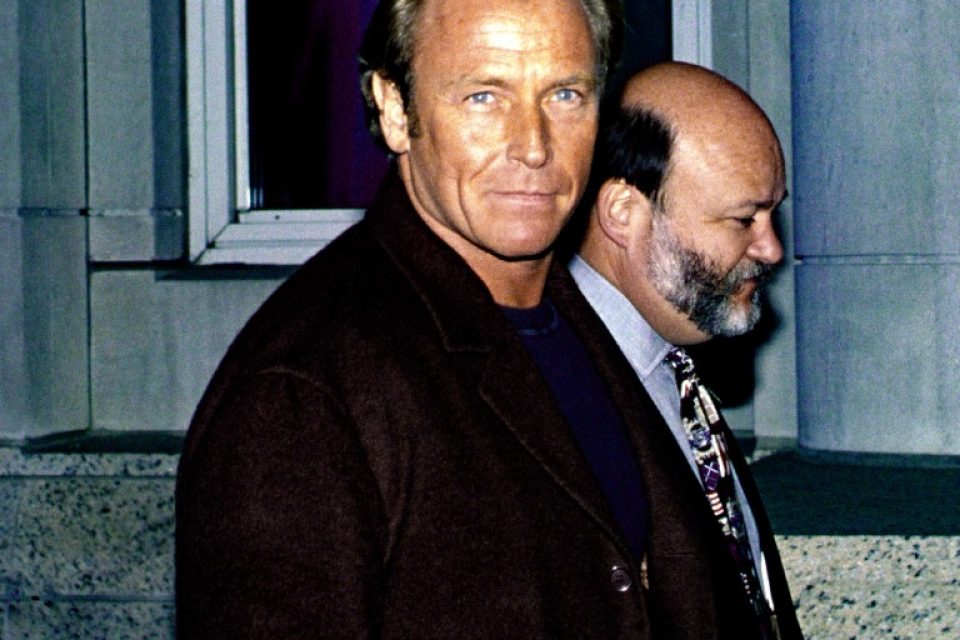 A few houses take center stage because they mean a lot to so many people. The Crown Jewel, as it was named, is that kind of house, perched high in Laurel Canyon in Hollywood Hills.  It carries within its walls more than 50 years of Hollywood stories and has been visited by unknown numbers of actors, writers and directors since it was constructed in 1936, each with their own tale to tell.  It came into the ownership of LA Law actor-and-director Corbin Bernsen, willed to him by his godfather and owner of the home, actor Beach Dickerson.  Filled with joyful memories of time spent with Beach, and already having a home of his own with wife, Amanda, the couple lovingly set about restoring the home to its original beauty and have recently put it on the market, priced at $1.95 million.

The most moving of the stories is how Beach introduced Bernsen’s parents to each other.  They were struggling young actors at the time and after his birth, according to Bernsen “couldn’t afford to get (him) out of the hospital.”   Beach came to the rescue and became Bernsen’s godfather.  Knowing how acting could be a somewhat unreliable source of income, Beach started buying and developing real estate in Laurel Canyon between acting jobs.  In time he owned 18 homes there.

As Bernsen was growing up, Beach put him on some of the construction jobs so he could learn both construction and property development as a backup career.  When Bernsen was 17, Beach bought a house for him, told him to fix it up, sell it and keep the profit.  The $12,000 profit he made paid for his college and was the inspiration he needed to start flipping houses - a hobby he and his wife have continued through the years having completed approximately 20 homes.

The Crown Jewel, with its panoramic city and hillside views, is a compound made up of four structures with four bedrooms and four baths plus generous outdoor living and entertaining space.  The main house has two bedrooms, living room with fireplace, dining and kitchen - all with large windows for views over the pool, pool house and spa.  There is also an A-frame guest house with kitchenette and a hillside bungalow named “El Nido de Nestor” after its long-time resident, Academy Award-winning cinematographer Nestor Almendros.

Before Corbin Bernsen actually took possession of his inheritance, the dear friend of Beach Dickerson, the legendary Hollywood man-about-town Scotty Bowers would be allowed to live in the house until his death.  It was 14 years before Corbin and Amanda finally took possession.  The fascinating life of Scotty is told in the 2017 documentary Scotty and the Secret History of Hollywood.

Now with unending stories to tell, The Crown Jewel is currently on the market for the first time in half a century.  Priced at $1.95 million, the co-listing agents are Daniel Stevenson of The Agency and Max Nelson of Compass, both located in Beverly Hills. 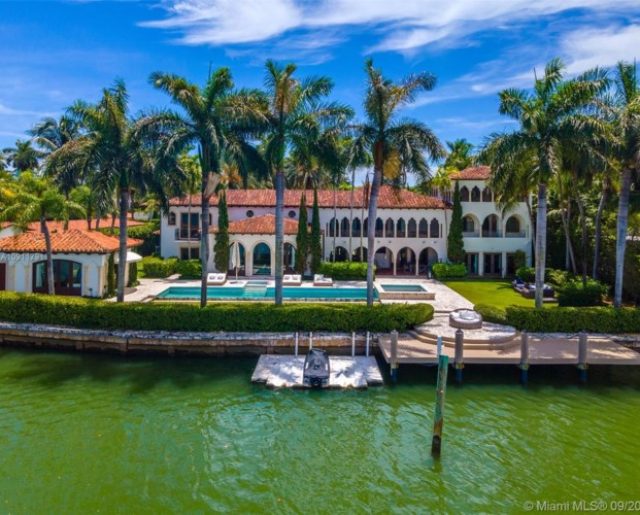 One of the celebrity world’s most dynamic home decorators and flippers, Cher has bought, designed, improved and sold magnificent homes...Read More