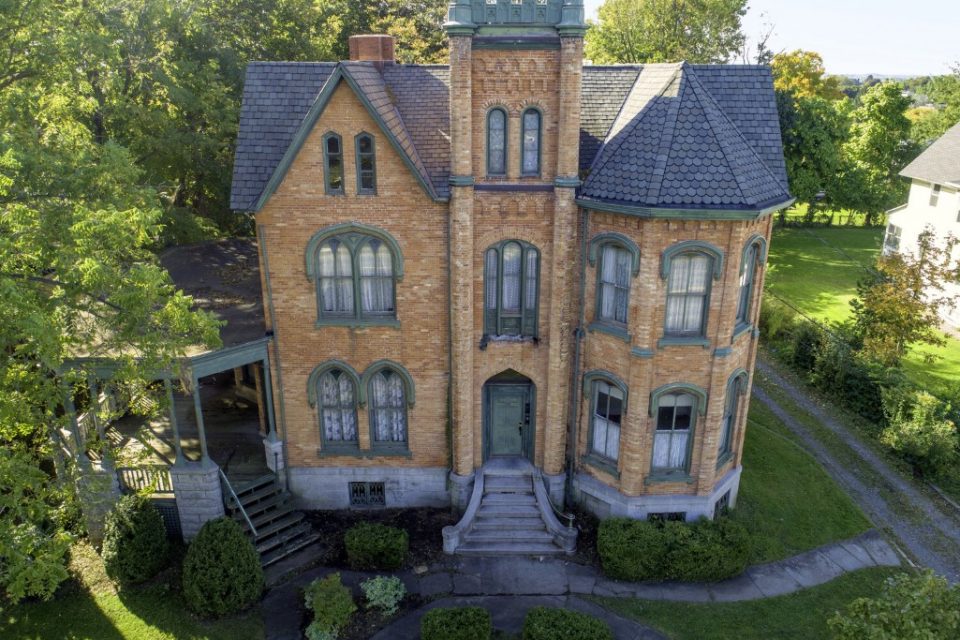 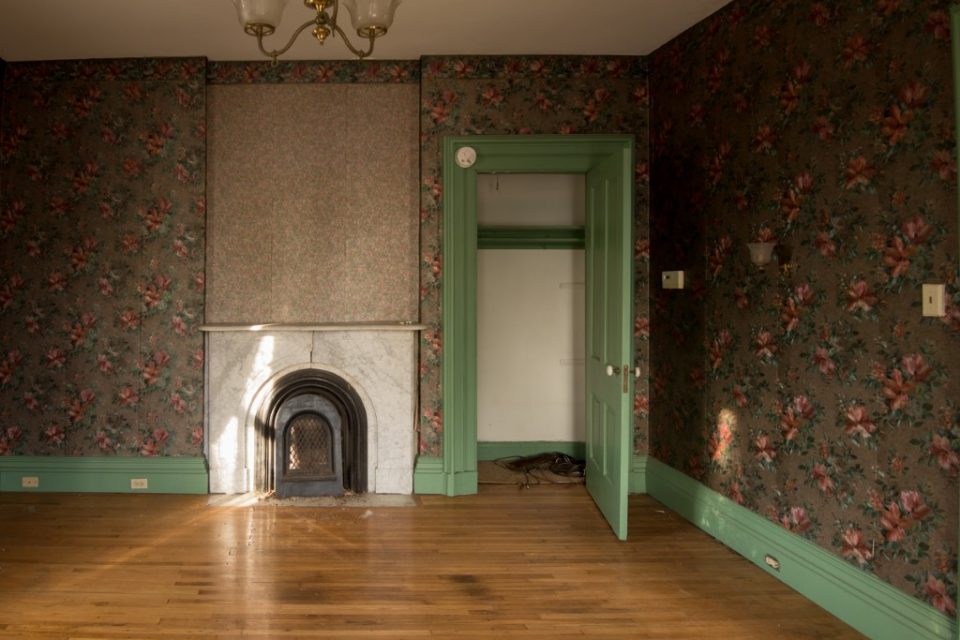 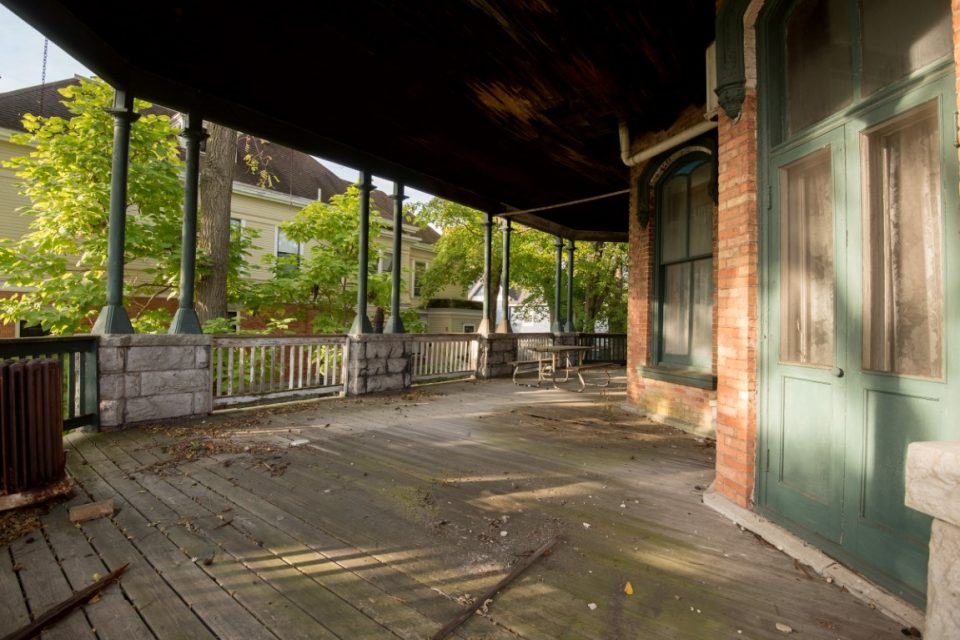 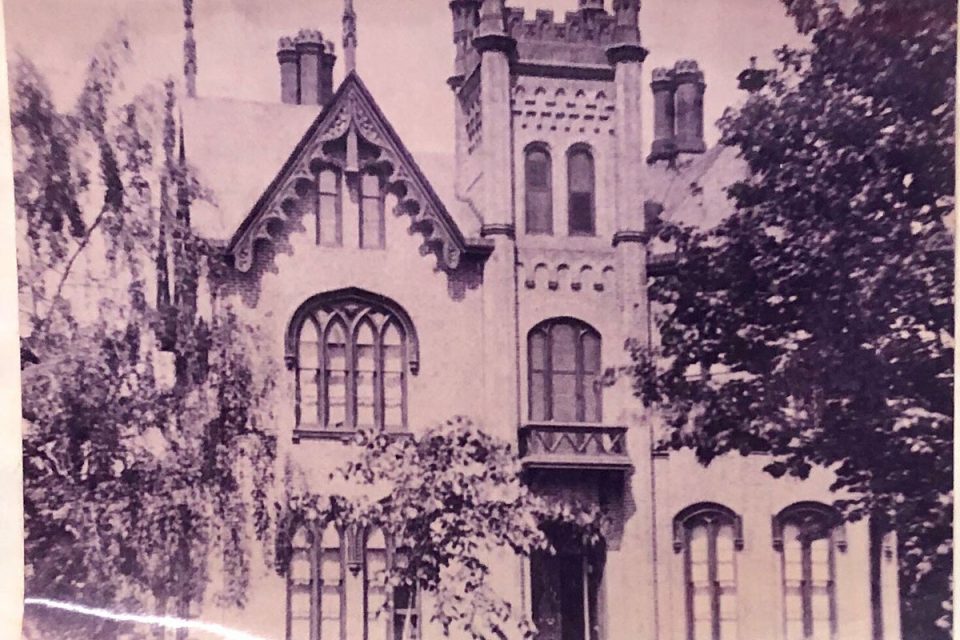 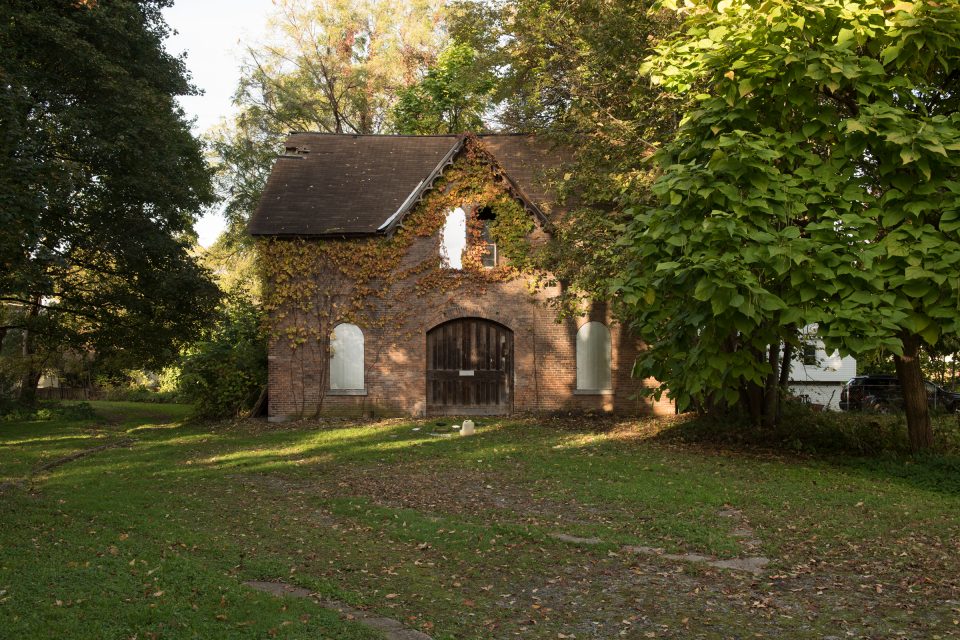 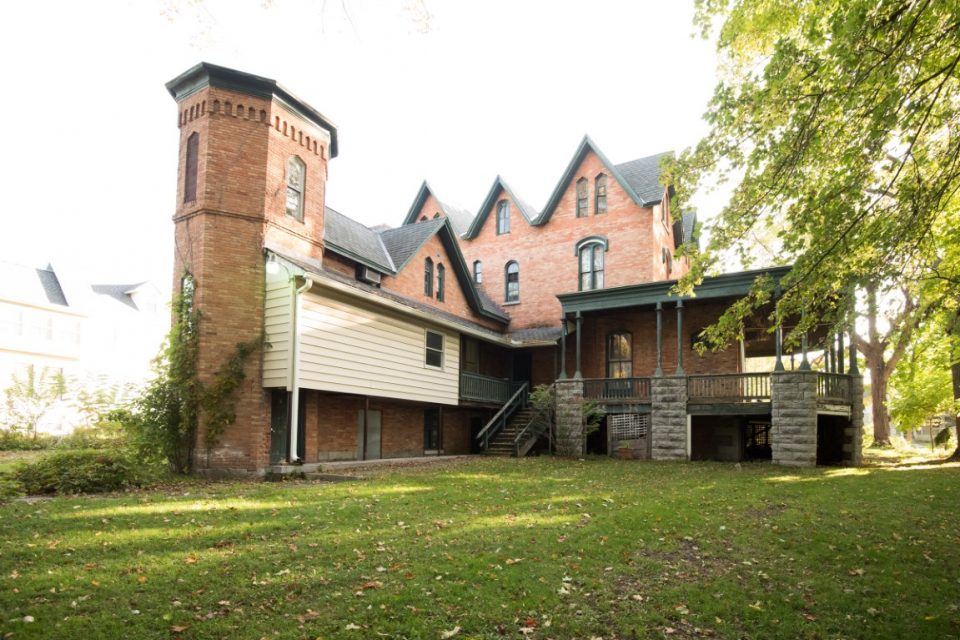 If you ever dreamed about living in a mansion, there are some excellent choices in the United States and prices so low, it is almost like they are giving them away. Now for sale is the stately stone-and-brick, three-story James Seymour Mansion in Albany, New York, along with its carriage house for someone who has always wanted to restyle a grand mansion, perhaps as low as $50,000.

Structurally sound and with a newer roof only ten years old, restoration dollars can be directed to the more functional and aesthetic items on the redo list. The word “grand” applies to its size of 6,000 square feet, but mostly to the high level of craftsmanship on both the exterior and interior. Fortunately all historic features have been preserved, requiring only aesthetic touches. The built-in cabinet in the dining room alone stands out as an example of the hand-crafted work throughout the house. There are original wood floors, ten bedrooms and five baths, a hand-crafted floating curved staircase, four marble fireplaces and original pocket doors. Windows are floor to ceiling with tasteful stained-glass detail at the top arch. The upstairs landing is as large as a full-sized room. Sited on an acre in a residential neighborhood just north of the Auburn city center, the property runs through with an additional entrance on the next street. The carriage house is in the same stone-and-brick architectural style, also with arched windows with a Moroccan flair.

James S. Seymour was born in 1791. In 1817 he moved to Auburn, New York from Hartford, Connecticut and began working as a cashier for the newly established Bank of Auburn. It wasn’t long before he became the bank’s president and held that position for the next 58 years. He was well known for his philanthropy and founding the Seymour Library and the Auburn City Hospital. By 1861, at the age of 70, he built his stately Victorian mansion.

A real bargain for those who have ever dreamed of restoring an exceptionally well-crafted Victorian-style house with lots of local history, a stone-and-brick mansion in Auburn, New York with sound foundation and newer roof is looking for offers at least $50,000. The listing agent is Michael R. Franklin with Franklin Rutten, Syracuse, New York. 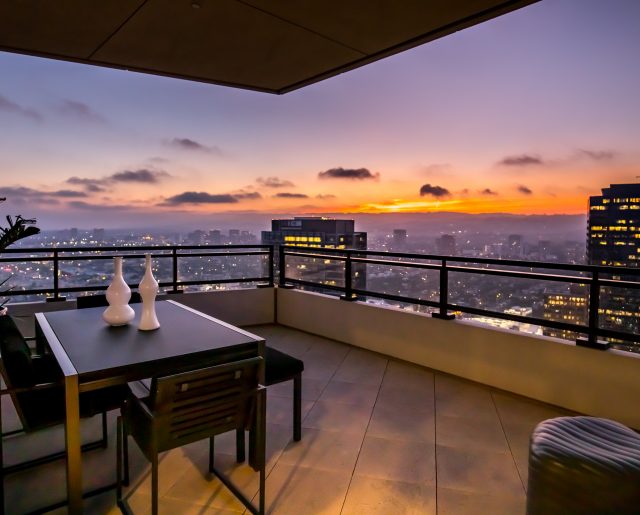 Friends superstar Matthew Perry is no stranger to real estate deals and over the last ten years, in addition to...Read More