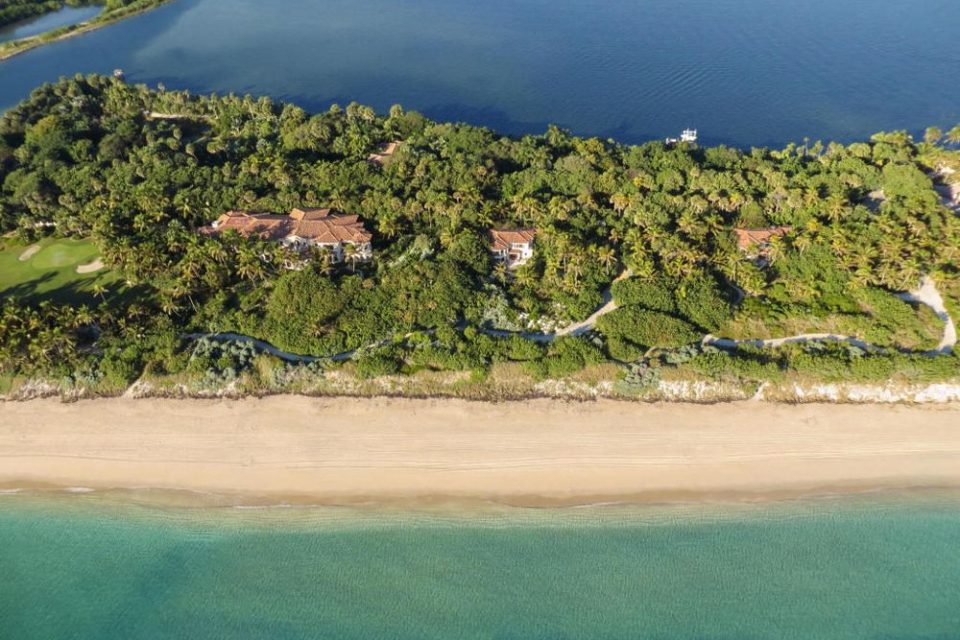 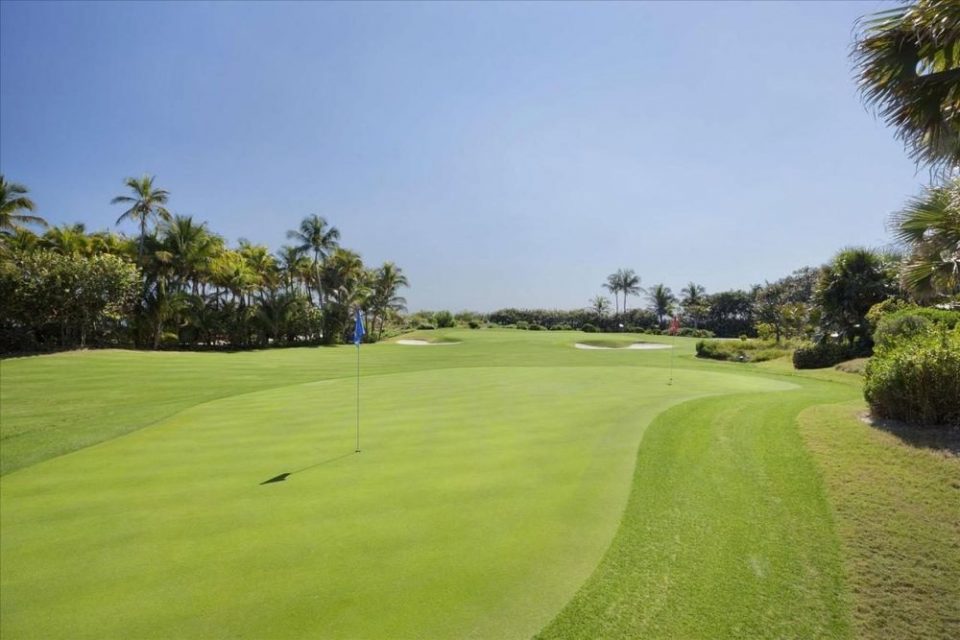 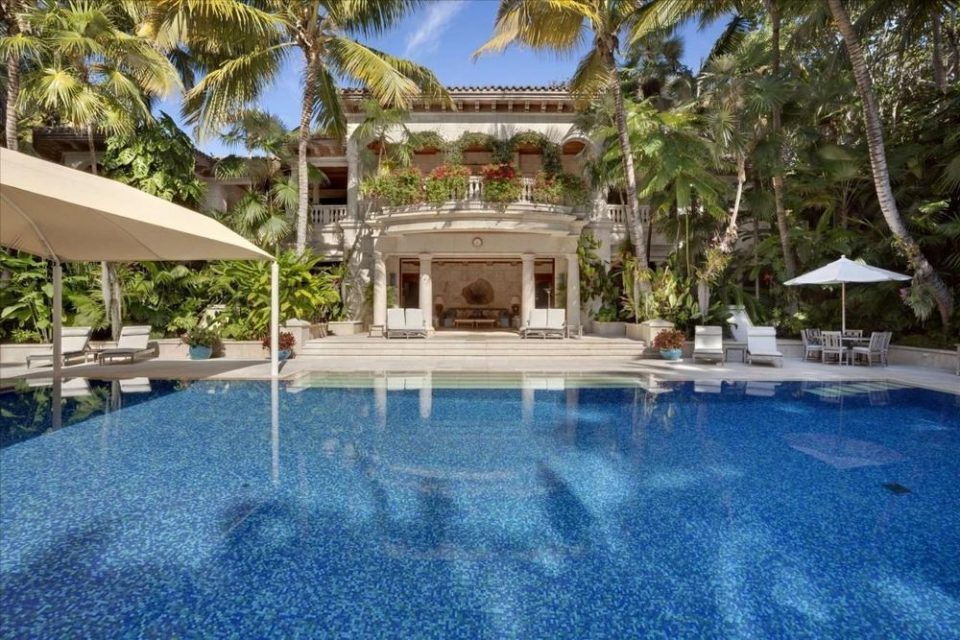 Many can enjoy the resort-sized swimming pool. 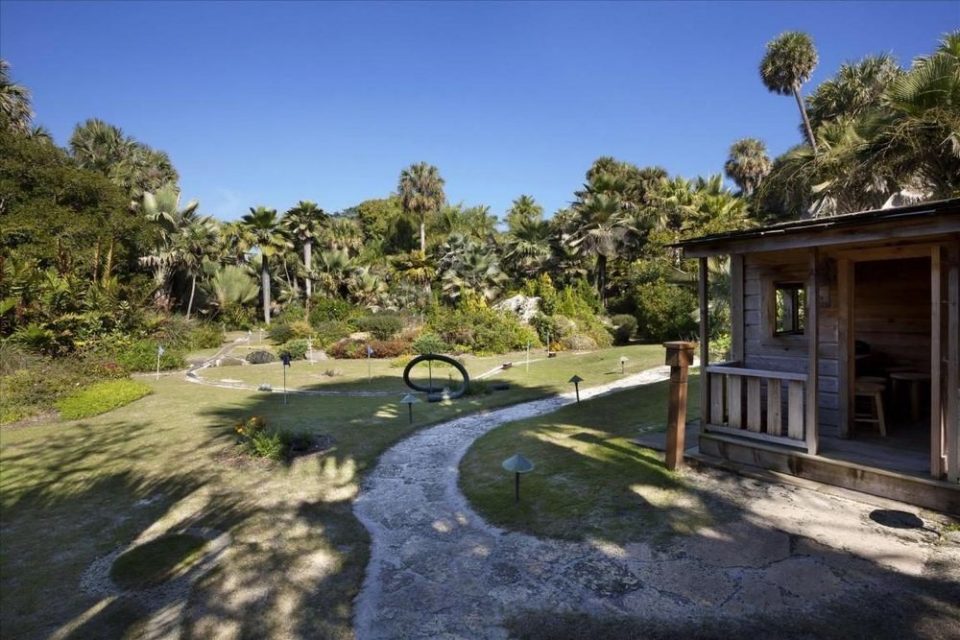 There are game courts for a multiple of interests. 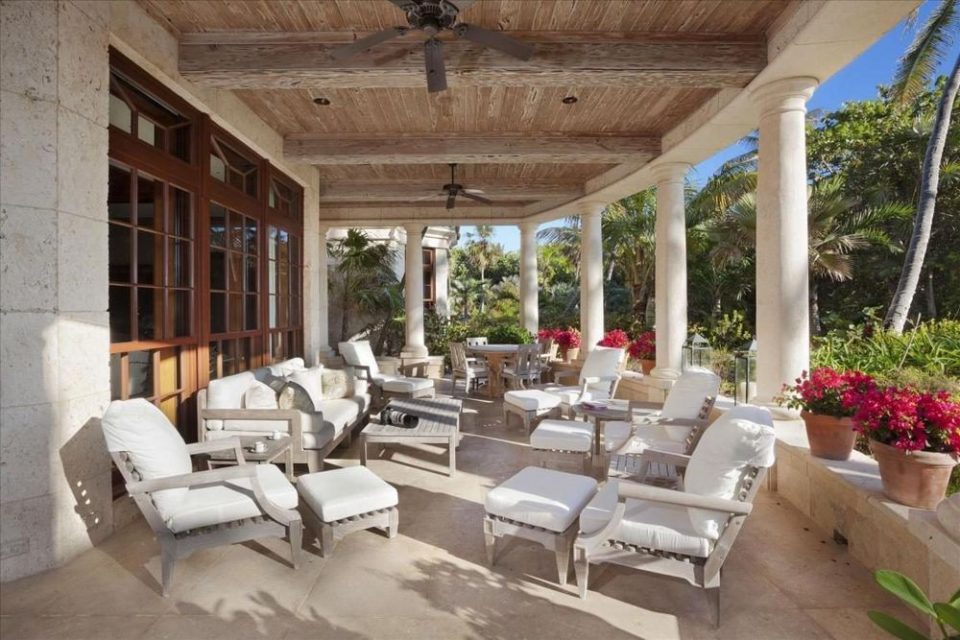 The loggia is perfect for cocktails and conversation before dinner. 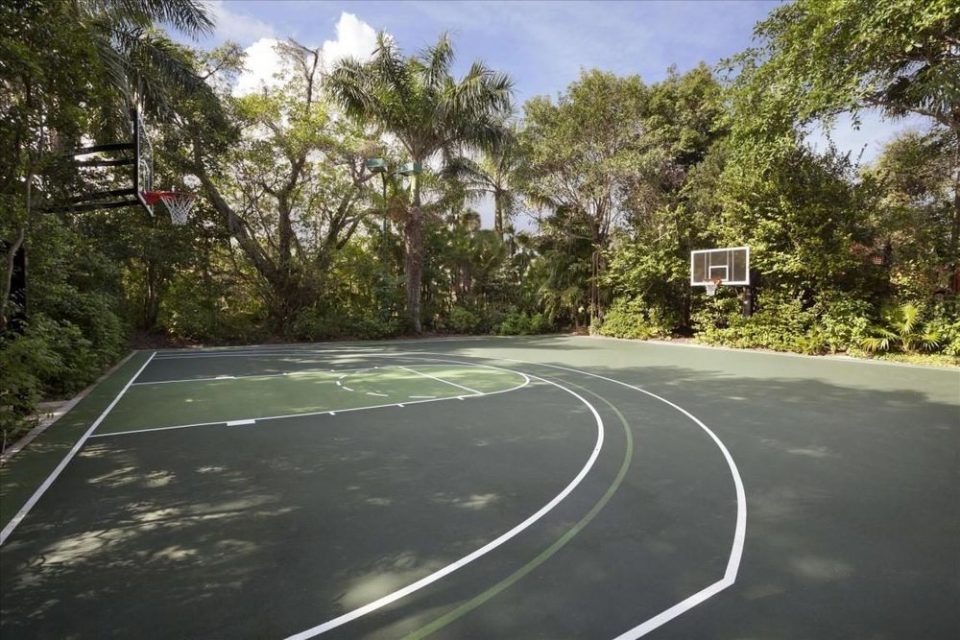 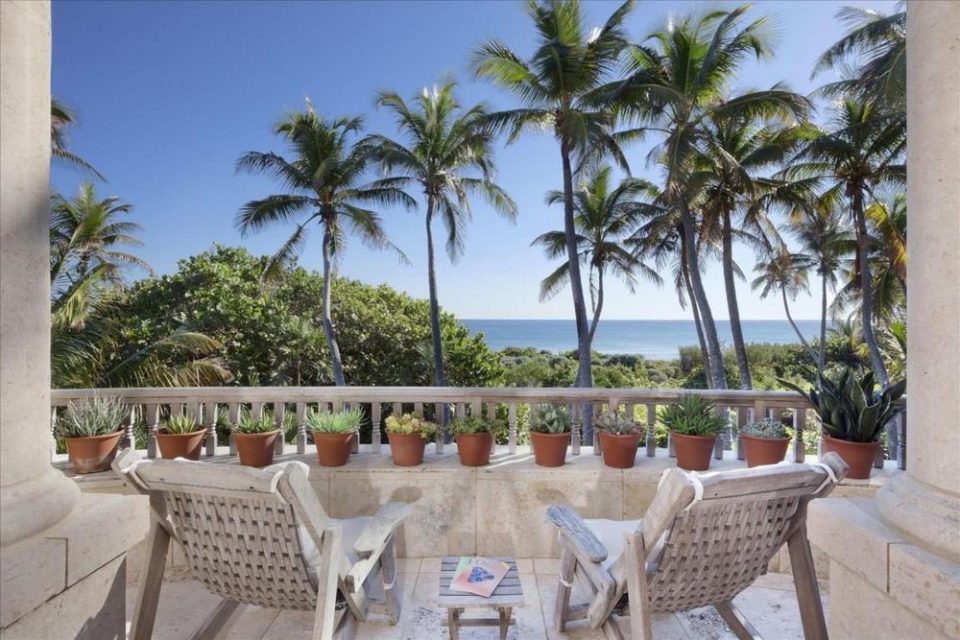 Quiet time can be enjoyed with ocean or pool views from one of the balconies. 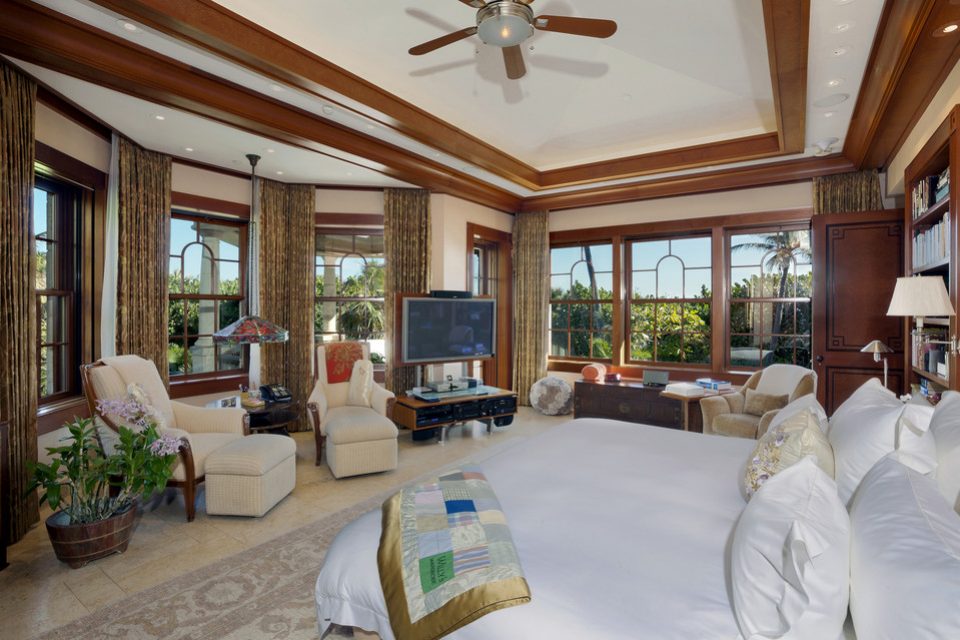 The master bedroom is surrounded by windows with views over the tropical vegetation. 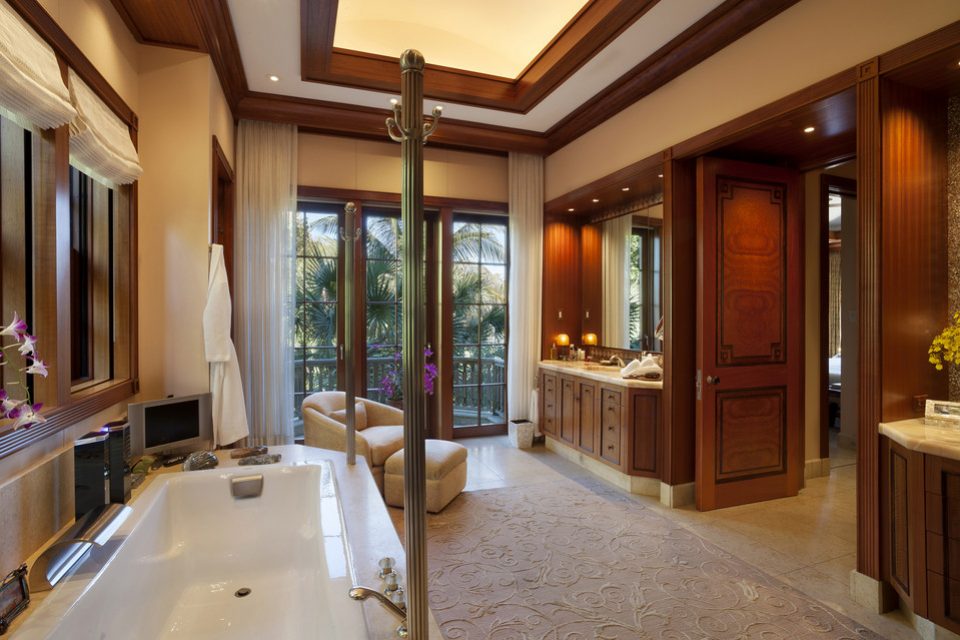 The master bath is spacious and airy with its own balcony. 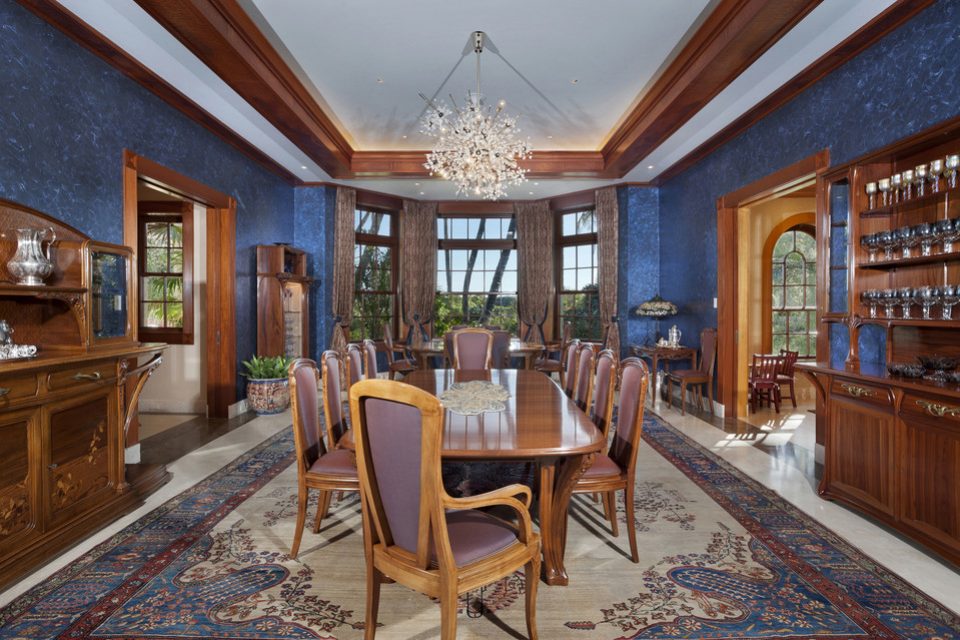 The formal dining room has been host to heads of state as well as vacationing family and friends. 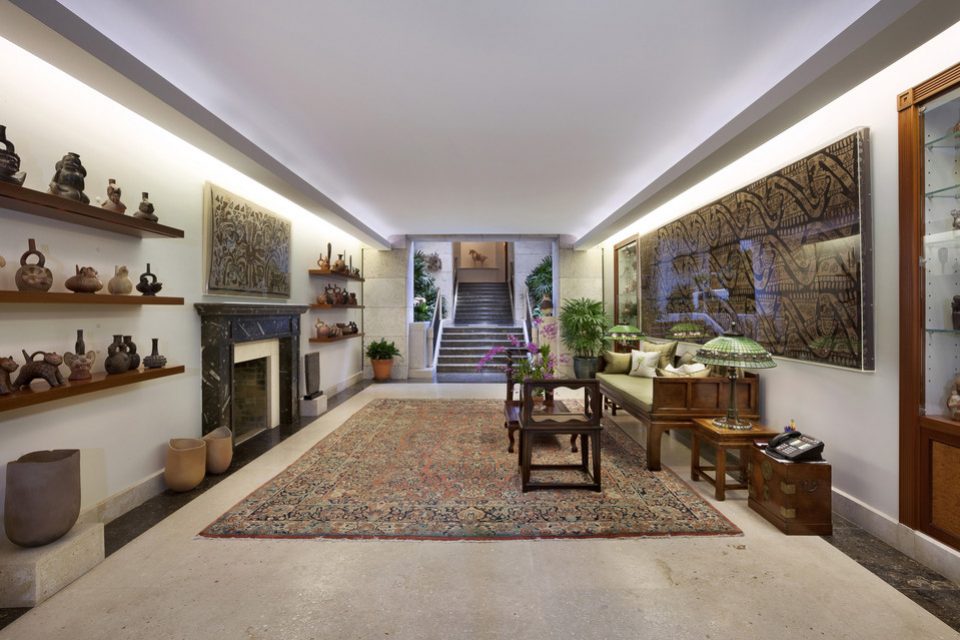 The under road tunnel to the beach has its own conversation area with fireplace and art gallery. 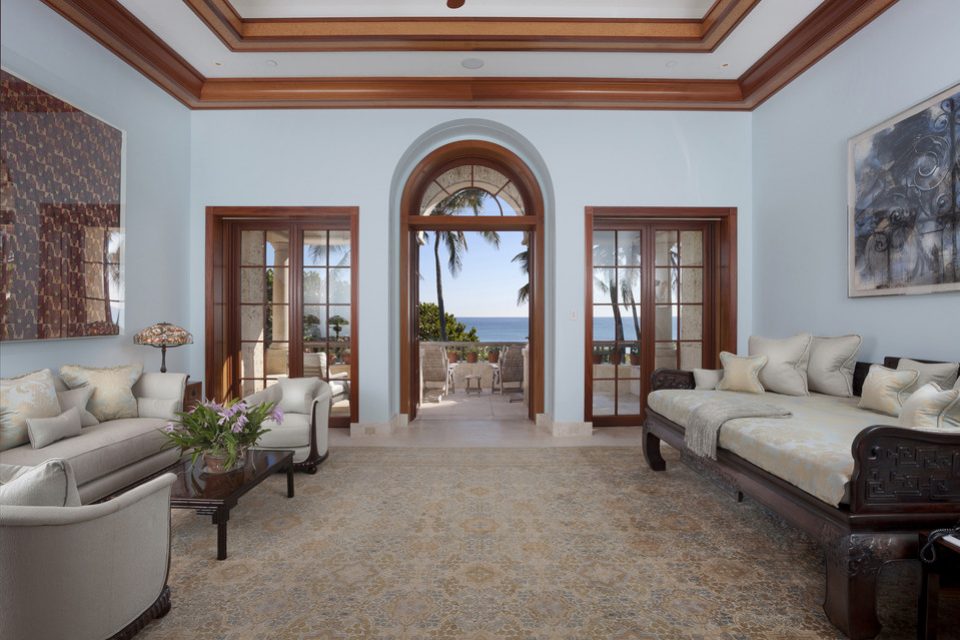 Mango House, one of the numerous guest houses.

In 2015, the sixteen-acre Gemini estate in Manalapan, Florida, was the most expensive home in the U.S. Its unique positioning on a barrier island provided an Atlantic Ocean beach in the front and an Intracoastal Waterway boat dock for yachts in the back. Originally priced at $195 million, after a number of reductions it has recently sold for $94 million.

Owned by the Ziff brothers who inherited the family property from their American publishing magnate father, William Bernard Ziff, Jr., the home had been in the family as a private getaway for over forty years and housed a stunning orchid collection of their mother. Heavily planted with tropical trees, shrubs and flowers and insulated from prying eyes by its acreage, it was almost like being on one’s own private island.

Built in the 1940s for the Lambert pharmaceutical family and designed by architect Marion Sims Wyeth, the estate was eventually sold to Loel and Gloria Guinness as a winter retreat. It was purchased by the current owners, the Ziff publishing family, in the 1980s and underwent a four-year expansion and reconstruction that was completed in 2003 including construction of a tunnel under A1A to access the guest house and boat dock on the Intracoastal. Even the access tunnel is cozy as another living area with its own fireplace. Year-round good weather and the option for almost every outdoor sport possible, both the exterior and interior have been designed for family life.

The mansion measures a staggering 62,220 square feet and is located on the island’s oceanside with 1,200 feet of beachfront. There is also a seven bedroom home named Mango House, a manager’s house with four apartments, and two four-bedroom beach cottages with private quarters for extended family and friends. Overall, the property has approximately 84,988 square feet of living space with 33 bedrooms and 47 baths. Not a cent was spared on the highest quality available in materials, appliances, finishes, architectural restoration or design.
Grounds are thoughtfully planned with both activity and relaxation in mind. A sports complex offers a half-basketball court, tennis court, a practice golf course with two greens, a swimming pool surrounded by cultivated jungle, a treehouse with a slide for the children, a miniature golf course, a wide deserted beach and a boat dock on the Intracoastal with ocean access.
Co-listing agents for the seller were Cristina Condon and Todd and Frances Peter of Sotheby’s International Realty, Palm Beach. 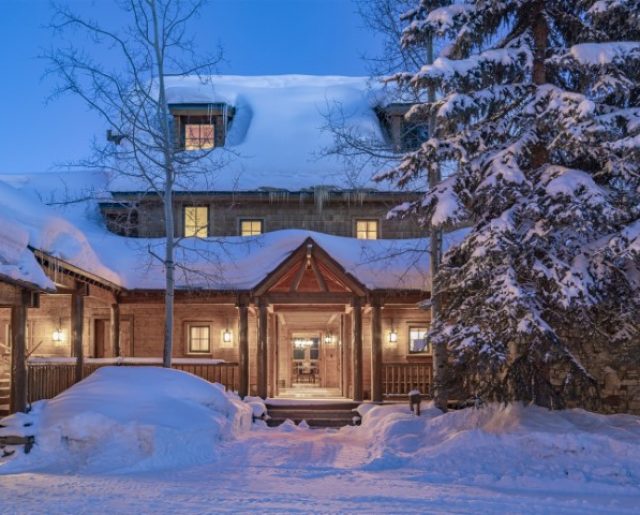 Stardom surged for Tom Cruise in 1983 when he was 19 and slid into the hallway in Risky Business. Now...Read More