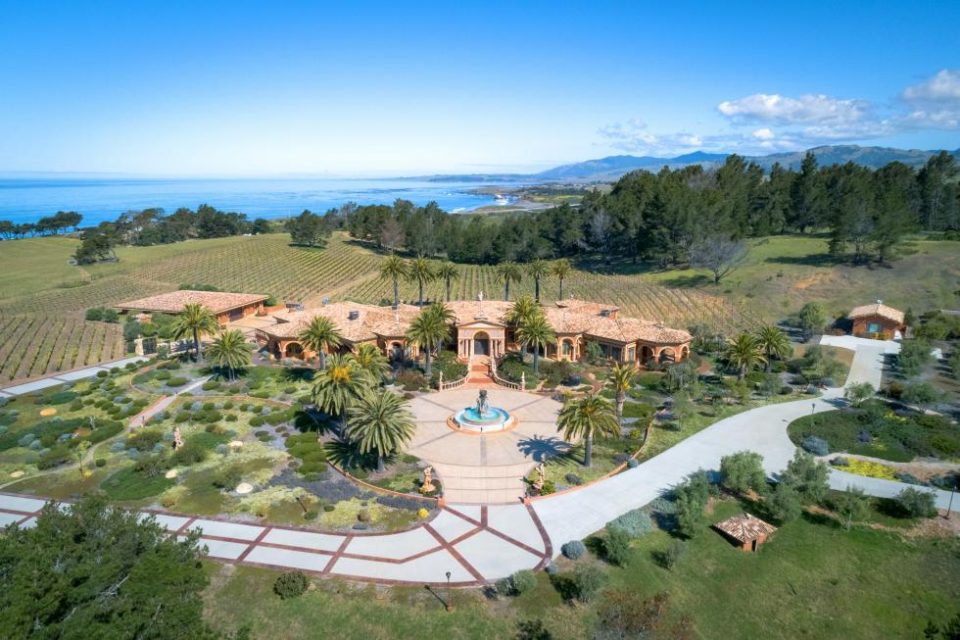 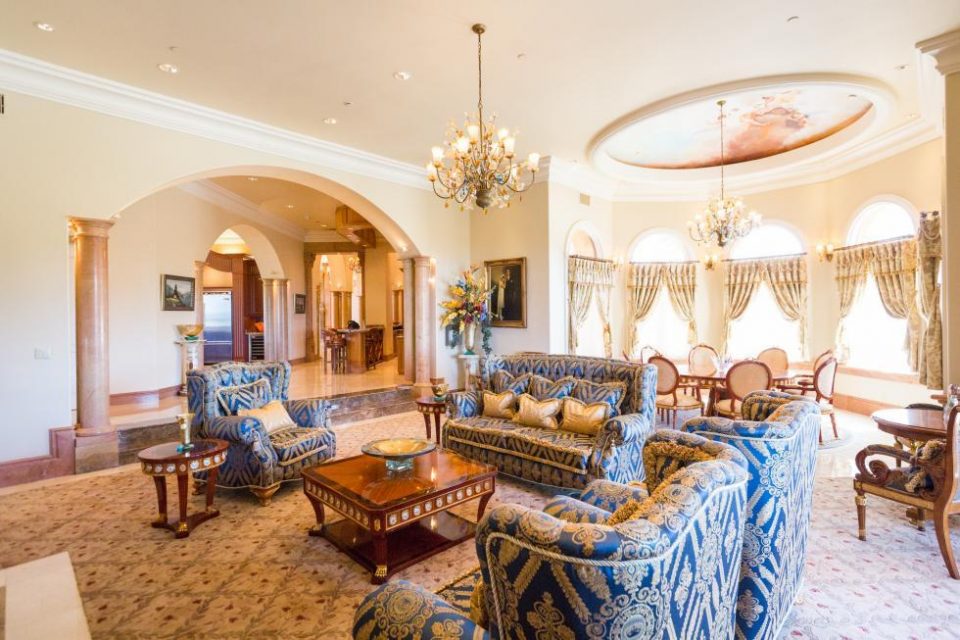 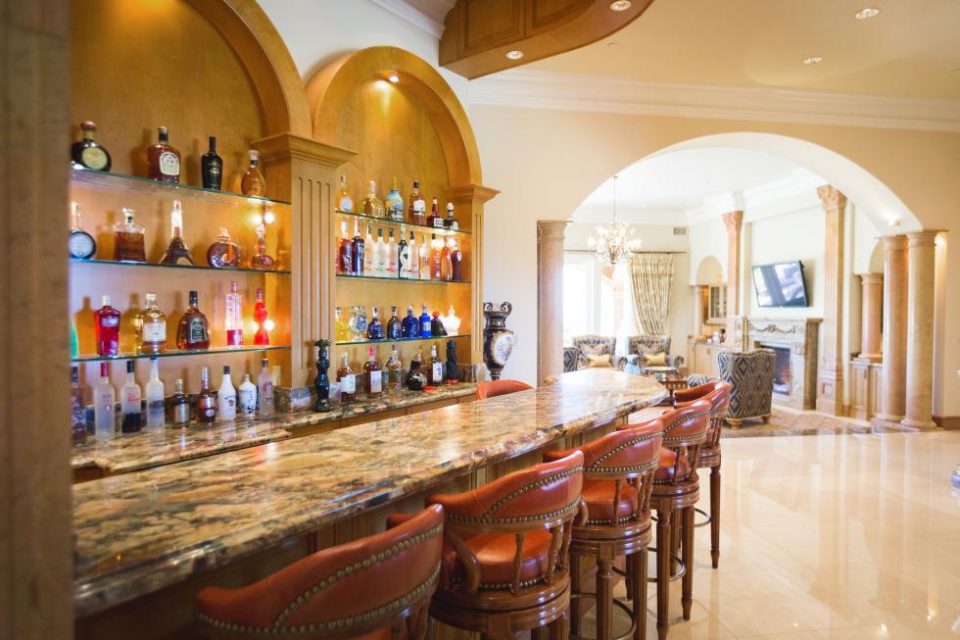 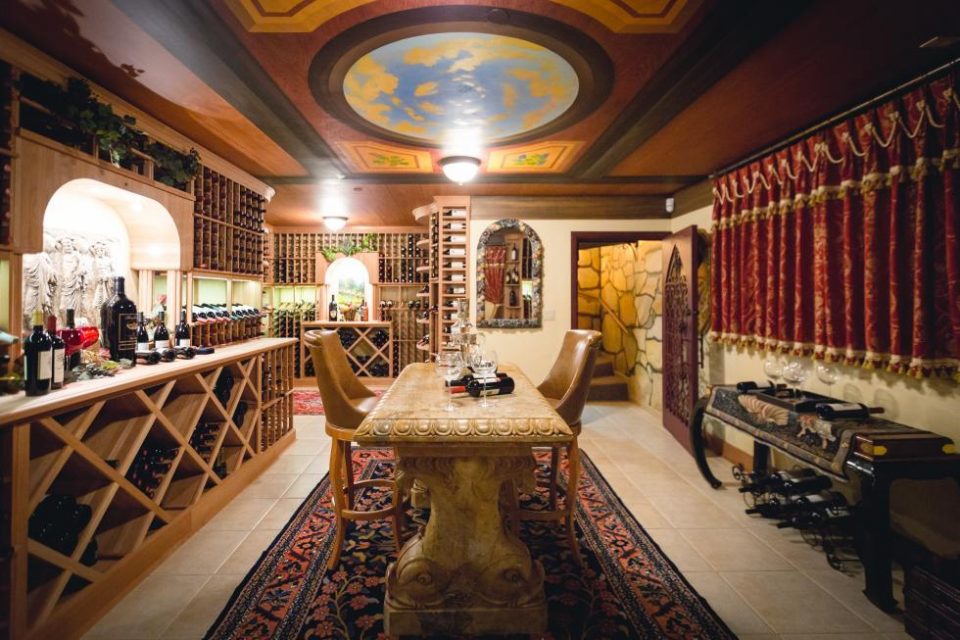 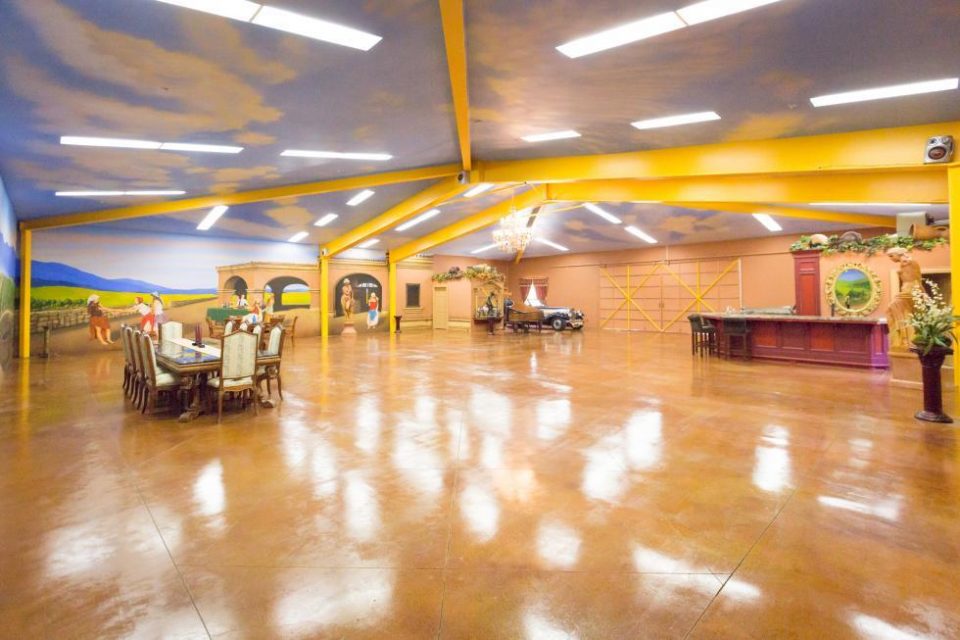 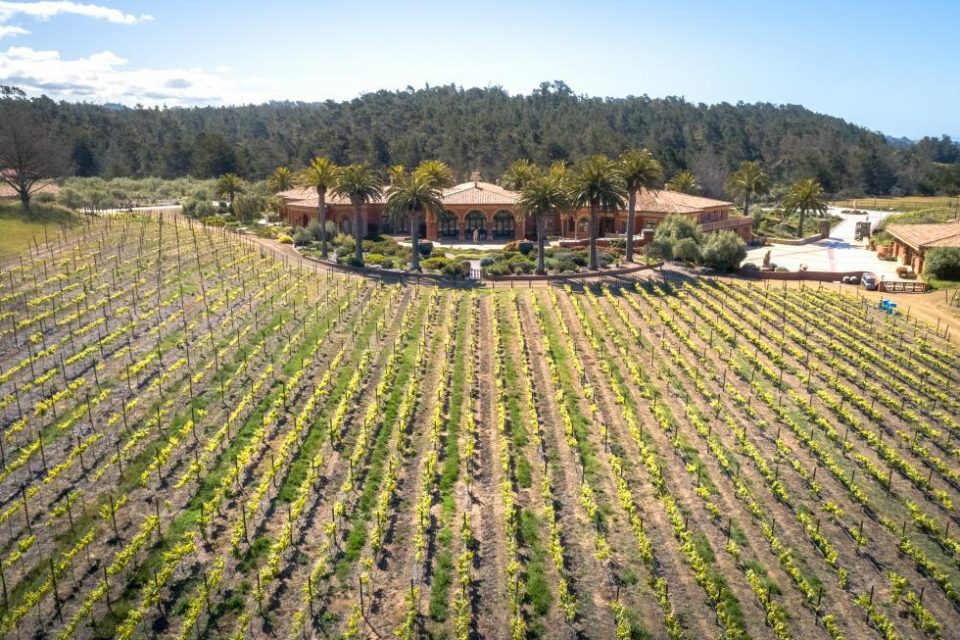 Originally priced at $60 million, the Retreat at Cambria with an extravagant mansion on 80 California coastal acres, ocean views, two entertainment pavilions, 6,200 Pinot Noir vines and eye-popping amenities is going to auction - selling to the highest bidder with no reserve.

Two miles north of Cambria near Moonstone Beach, visitors enter via a tree-lined drive flanked by acres of vines to a large motor court circling around a fountain to the entrance of the main residence. The estate home at 14,000 square feet has five bedrooms, eight baths, a great room with 30-foot bar, Murano chandeliers, a formal family room with dining alcove, office, theater, and finishes in marble and onyx. The chef’s kitchen is outfitted with double appliances and marble counters while the master bedroom suite has a sitting area, fireplace, two-story wardrobe and a wet bar.

The size and scope of the two indoor entertainment pavilions are massive and decorated with marble and murals. Their use is flexible and could be used as a car-collectors showroom, ballroom or large political or social events. There is also a catering kitchen and a 3,500-bottle wine cellar and tasting room. Other structures on the property include a caretaker’s house, a four-bedroom guest house with veranda and garage, administrative offices, a five-stall barn and tack room, and a helipad with helicopter storage.

Central Coast’s wine growing region of San Luis Obispo ranks as one of the state’s premiere wine-growing regions dating back to the 18th century and the time of the Spanish padres. Overlooking the Pacific, mild days and cool evenings help Pinot Noir reach its maximum taste along with a complex soil profile that adds character and complexity.

Cambria was listed by Forbes as one of the country’s prettiest towns, near the famous Hearst Castle, and the southernmost gateway to the Pacific Coast Highway. Dining, antiquing, wine-tasting adventures and collecting shiny gem-like pebbles on Moonstone Beach are some of the town’s attractions.

Browse the local shops, watch the whales off the Cambria coastline, ride the trails in the hope of spying the herd of wild zebras, or kick back at this bespoke vineyard estate in California’s popular Central Coast. Halfway between Los Angeles and San Francisco, a 30-minute flight to either city. Originally priced at $60 million, Retreat at Cambria will go to auction April 22nd through 25th with no reserve to the highest bidder. 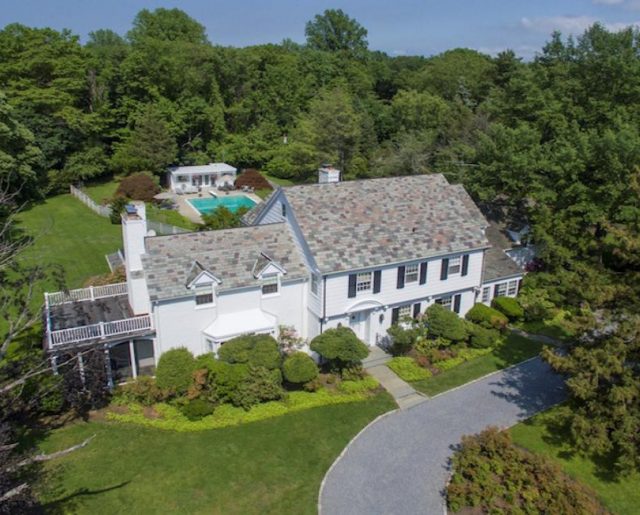